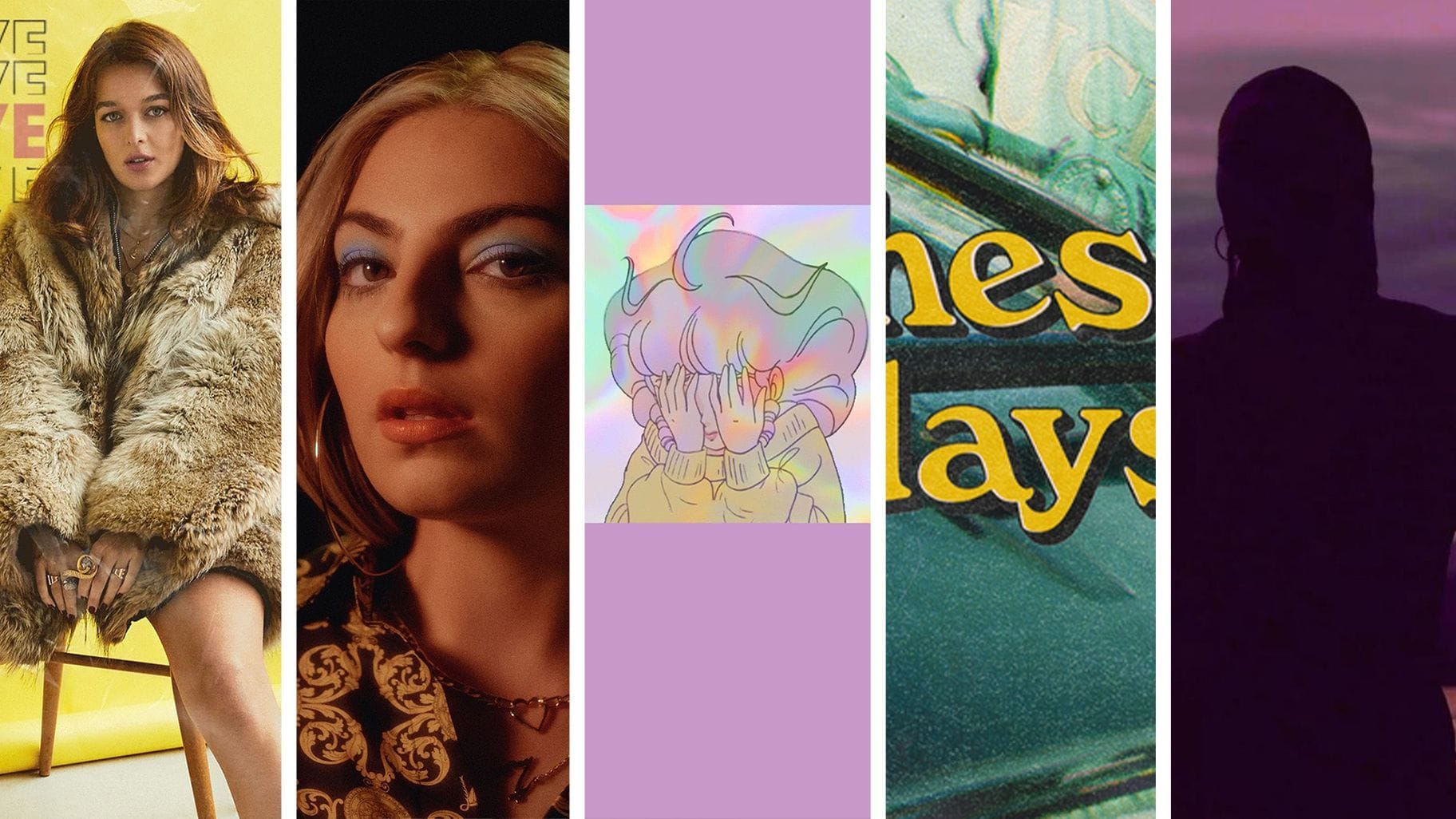 Lili Caseley flips relationship disappointment into pop cheer with her buoyant new single, “Faded Love.” Reminiscing about the bygone tradition of going to a bar on the weekend, the singer-songwriter from Camden Town puts codependent courtship in her rearview, bursting forth with a spirited and accusatory chorus, denouncing her beau for pilfering her drug.

Iranian-American songstress YaSi returned in February with her stellar new pop-soul effort “guilty,” the first single from her forthcoming EP, Coexist With Chaos. The Denver native wrestles with her conscience over a vintage soul backdrop, flexing her stirring vocal over the polished arrangement and meditating on hypothetical infidelities.

ELIO followed up her EP Can You Hear Me Now? with the remix to lead single “CHARGER.” Featuring an additional verse from ELIO’s mentor, pop luminary Charli XCX, the twosome ruminates over returning to the scene of a breakup for a forgotten charger in a glistening electropop number that erupts in a rousing synth crescendo.

South Carolina native Tim Legend weaves a hazy soundscape for vocalist Shanin Blake to recount an abusive relationship on his new single, “pretty when i cry.” A misty bedroom pop joy, Blake’s vocals make light of her troublesome quarrels, fashioning a dreamlike Sonora which reaches a haunting apogee in its enchanting chorus.

Carter Reeves captures the Californian sunshine in his vibrant new single, “These Days.” A shimmering fusion of ska and indie-pop, with a distinct West Coast hip-hop sensibility, the Los Angeles-based singer-songwriter injects a conveyable optimism into the top-back head-nodder, relaying his newfound positivity for all to share.

SNJÜ’s new single, “Something,” is a pulsating statement of affection from the British Columbia native. Urging a love interest to trust in him, the Singaporean-Punjabi Canadian’s amatory intent carries the breezy “Something” into a memorable, sunlit refrain, making a mantra out of SNJÜ’s self-assurance.

Rhea Raj wound the clock back with a purposeful pop-soul standard for her new release, “MVP.” Passionately stating her case to be the MVP in someone’s life, the 20-year-old New York native confidently strides the polished retro-soul setting, exhaling sweet nothings ahead of a rousing pre-chorus crest.

Alexa Cappelli — “Can I Come Over?”

Alexa Cappelli toys with heartbreak on her rosy new single, “Can I Come Over?” Contending with her insecurities and an infatuation with an emotionally unavailable love interest, the 21-year-old singer-songwriter from Southern California embraces her foreordained heavy heart in an optimistic ditty.