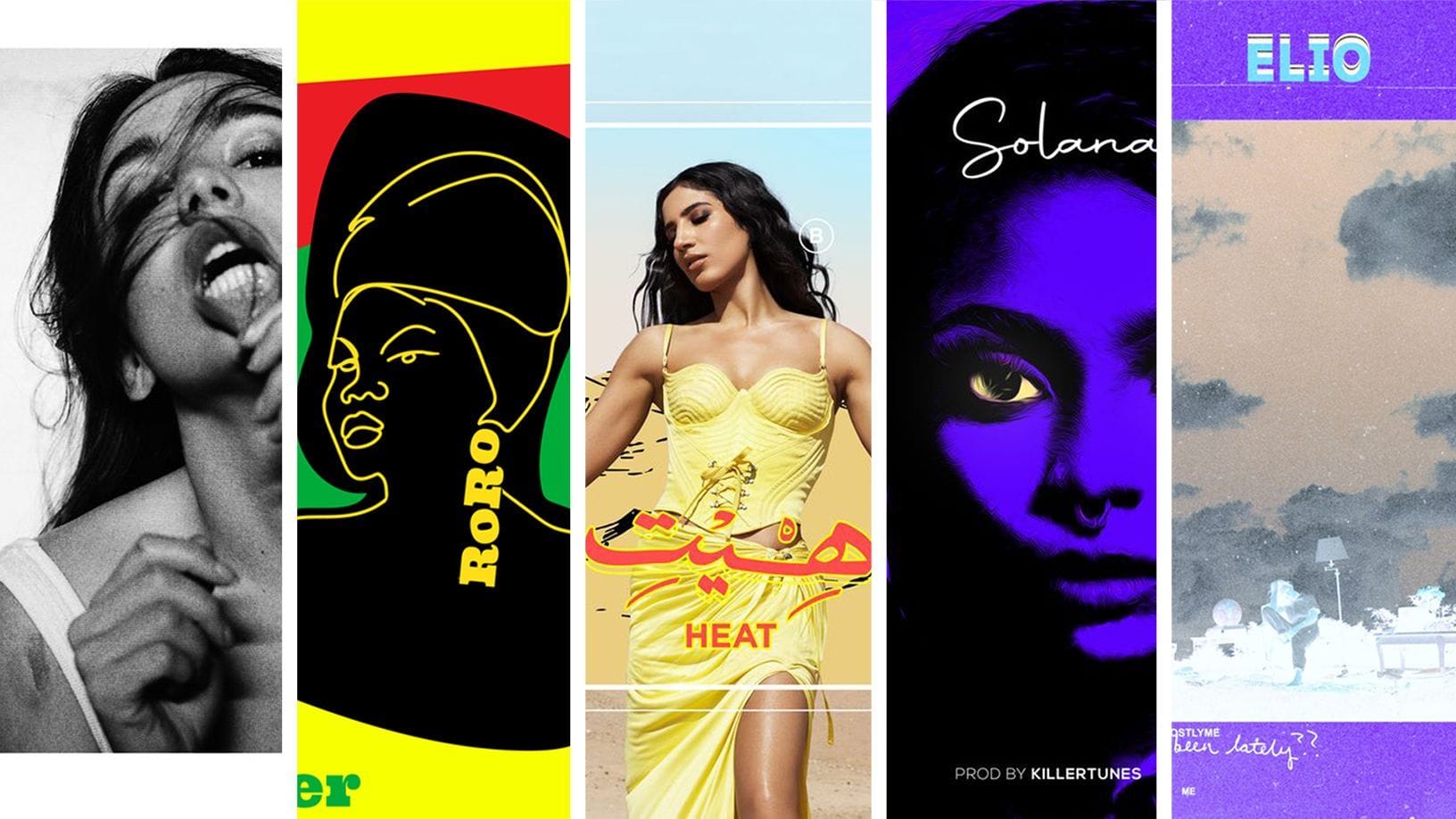 An adventurous, confessional ode to S&M, FLAVIA’s “Switch” is sheer electropop erotica. Braced by a pulsating four-to-the-floor bass line, FLAVIA weighs into the enameled fusion of chrome synths and frenetic glitches with a chorus of rules and commands. Bold and brimming with certainty, ”calculator” is FLAVIA’s safe word and “Switch” adds up to August’s best pop song.

RoRo released her debut EP Mood Forever in August, a tetrad of paradise pop songs from her native Barbados. The EP’s highlight, “Trouble,” is a lustrous blend of smoothed out synth-pop and groovy soca that showcase the Bajan’s good-vibes bounce. Custom-made to catch a tropical breeze or a slow whine, RoRo serenely blends rap into a soulful manifestation of self-reliance. Midsummer vibrations, come rain or confinement.

“Yacht” is the pick of seven radio-friendly selections on Morrocan-American singer ABIR’s new EP Heat. Flipping breakup regret into a series of unfettered desires, the Fez-born, New York-based songstress earmarks diamonds, a Persian rug and a pleasure vessel as means of negotiating her heartache. Accented by a chorus that packs melody and levity in equal measure, ABIR warbles her way out of regret, one asset at a time.

ELIO replenished her excellent debut project u and me, but mostly me with a few extra tracks in August, including the dreamy “goodluck.” Self-assured in both emotions and pop sensibilities, ELIO’s distant, mutating verses float into an airy bridge before landing upon an ultra-poised chorus—”If you’re looking for love, then good luck.” The intro to one of 2020’s best pop projects, “goodluck” is an avatar of one of the genre’s brightest talents.

Tennessee-based Sydney native Nikita Karmen channels the disappointment of a break-up into a cathartic slice of Nashville pop country on her new single ‘Then Some.” The Australian's soothing lilt tempers the heartache, building to an infectious steel guitar chorus and declaration of empowerment. A feel-good lead-in to her upcoming debut album.

Bearing the trademark “Shabalistica” tag of afrobeats hitmaker Killertunes, Solana’s collaboration with her label-mate, the prodigious Joeboy, is an infectious slice of West African pop. The Nigerian singer-songwriter pours her doubts into the opulent production as “Far Away” reaches its apogee in a chanted choral refrain, turning Solan’s sorrow into unfading Banku music.

Swedish singer-songwriter SHY Martin unveiled her second EP Sad Songs in August. It's a five-track collection of crestfallen breakup songs featuring the melancholic “Make us never happen.” An aching reflection on letting down someone who wasn’t right for you, SHY turns her regret into sanguine, yet upbeat pop that peaks with a stirring echoed chorus.

Sweden’s proclivity for producing first-rate female pop singers was on full display in August with Violet Day’s new single “Still Dreaming.” An acoustic guitar-driven indie pop song about coping with memories after the breakup of a relationship, “Still Dreaming” is Lina Hansson’s emotional release through song and a sensitive follow-up to her last single “This Year’s Summer.”

ALITA’s “Human Nature” is mellow electropop for muddled former lovers. Pinning her post-love confusion on the human disposition, the Seattle-based singer carols her yearning for a failed relationship on a mid-tempo house groove. The funky, 4/4 rhythm sets the tone, driving “Human Nature” towards a sultry and liberating chorus.

CAPPA followed up her summer single “There With You Baby” with “Contact High’” a hazy electropop effort fixed on an intense, but potentially unserious connection. Comparing the encounter to a secondhand high, the Philadelphia-raised, LA-based singer-songwriter hovers over the atmospheric synth arrangement, turning the track into ambient pop with a minimal refrain.