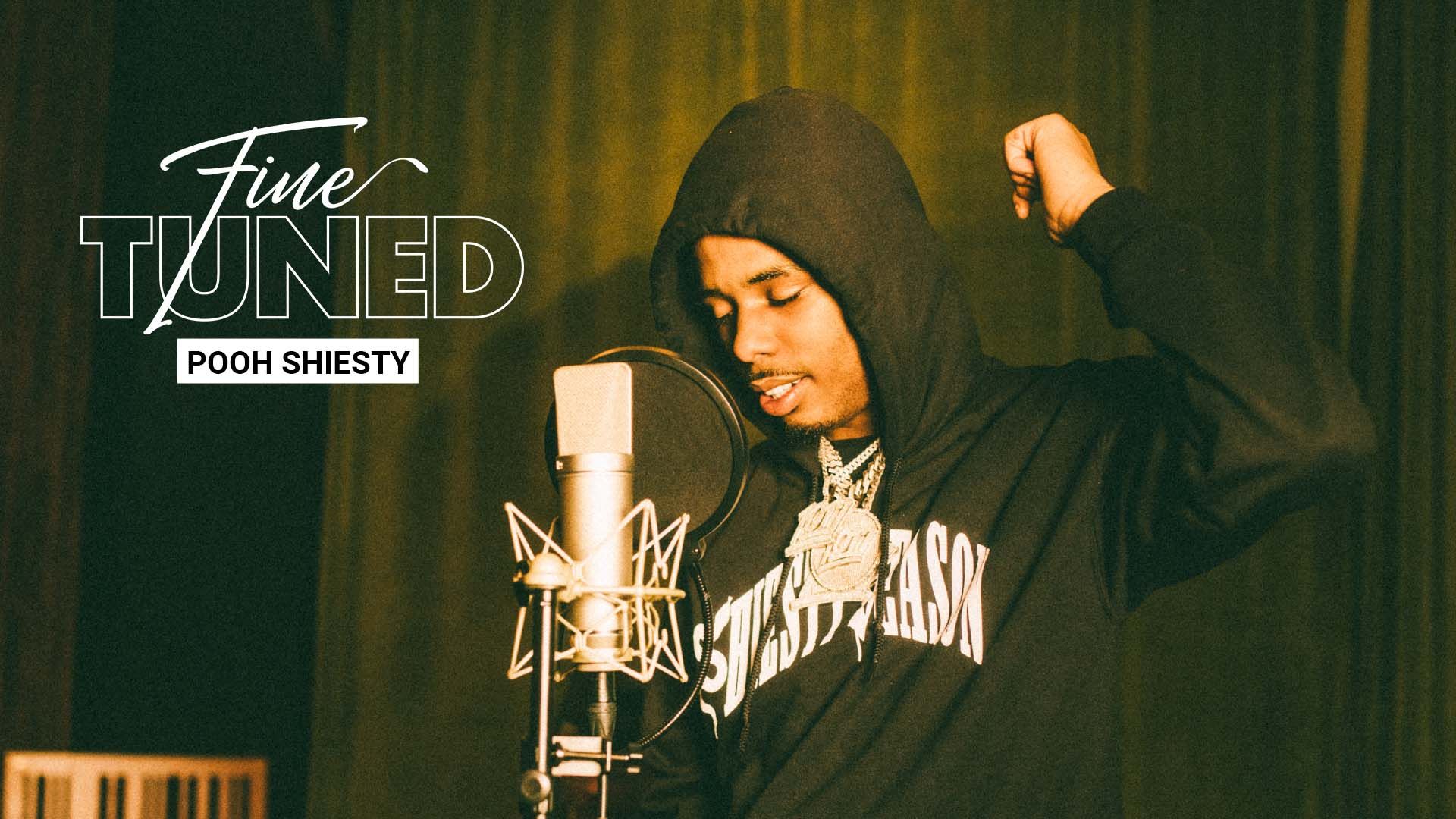 Memphis native Pooh Shiesty is up now. The 21-year-old hasn’t been rapping for long but it’s hard to tell when you press play on his seasoned debut album, Shiesty Season.

With features and co-signs from Gucci Mane, Lil Durk, 21 Savage, and more, Pooh Shiesty’s is undeniable. His ability to utilize his pain and troubled past and turn it into head-bopping, face-scrunching bars has amassed the young artist a dedicated following and over 45 million streams on Audiomack to date.

For Fine Tuned, Pooh Shiesty delivers a zealous performance of two Shiesty Season standouts, “Back In Blood” and “Guard Up,” backed by Matt Composure on the keys.