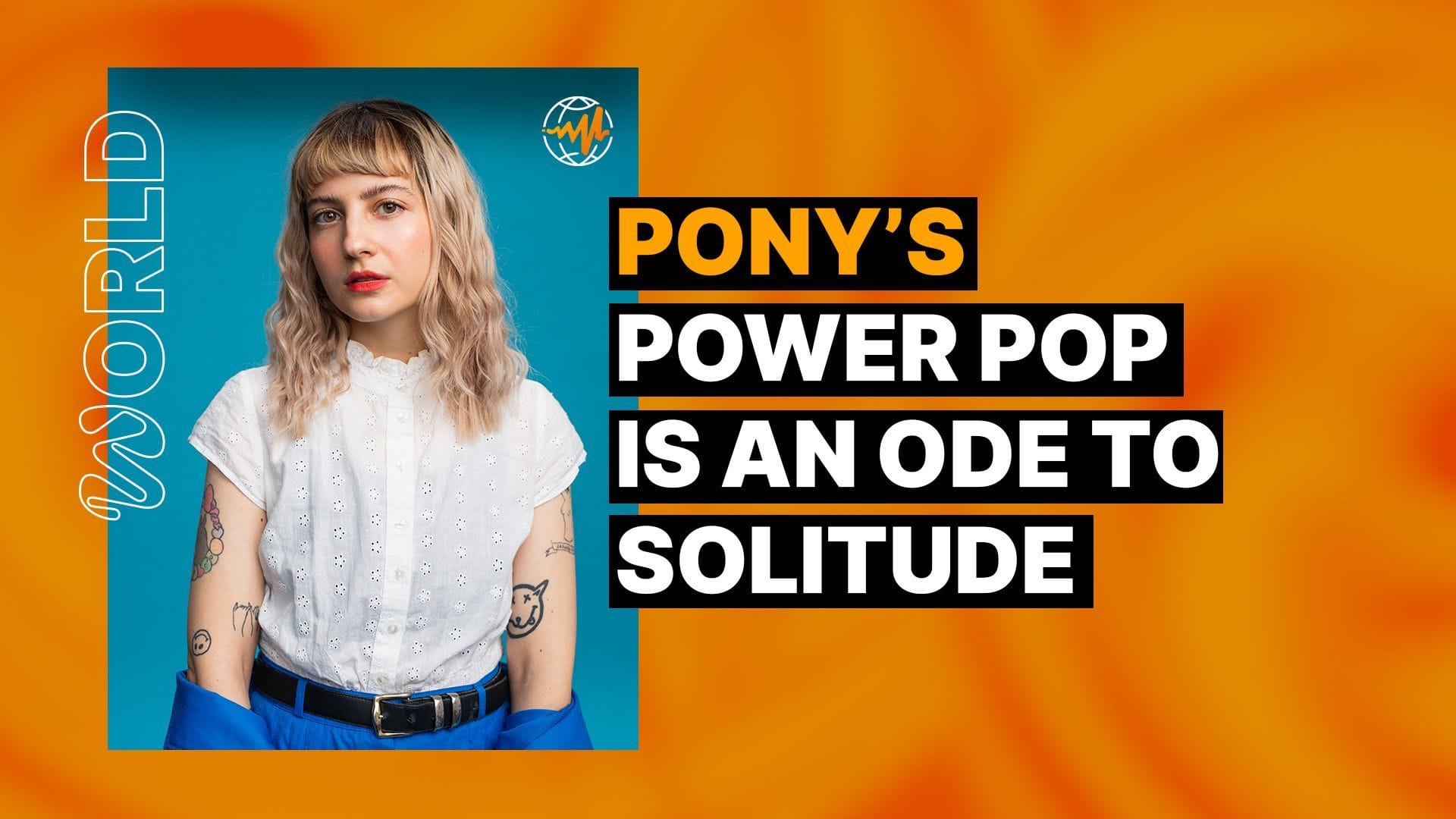 Through a half-decade of lineup changes and business negotiations, Toronto band PONY has solidified as an outlet for singer, songwriter, and guitarist Sam Bielanski’s odes to solitude. The title of the band’s debut album, TV Baby, comes from a nickname Bielanski received from her partner: “I was like, wow, that’s like the truest description of myself that I could ever think of. I was going through deep depression and rearranging my life, and I’d just fall asleep with the TV on, wake up and put the TV on. The TV was basically this womb keeping me safe.”

The songs on TV Baby celebrate the peace that comes with taking time for oneself. On “WebMD,” Bielanski sings, “I come home, don’t make any plans / Google my symptoms and take off my pants,” over chunky power chords. PONY’s songs coat catchy hooks in a layer of guitar fuzz, a fitting style for a songwriter whose first CD, gifted to her by her older brother, was the pop-punk landmark Dookie by Green Day. “I remember having that CD and opening up the liner notes and reading the lyrics and realizing for the first time: ‘Oh my God, lyrics can really say something about how you’re feeling,” she says over the phone from her home in Windsor, Ontario.

Though songs about staying at home might ring a little too true after a year of pandemic isolation, TV Baby was finished in early 2020. On the latest single “Chokecherry,” Bielanski sings, “Ooh, you blew it / If you don’t know me by now, I’m so over it.” The song could be directed at an old flame, an ex-friend, or a short-sighted label exec, but ultimately the second-person subject matter is secondary to Bielanski rejoicing in her own confidence. 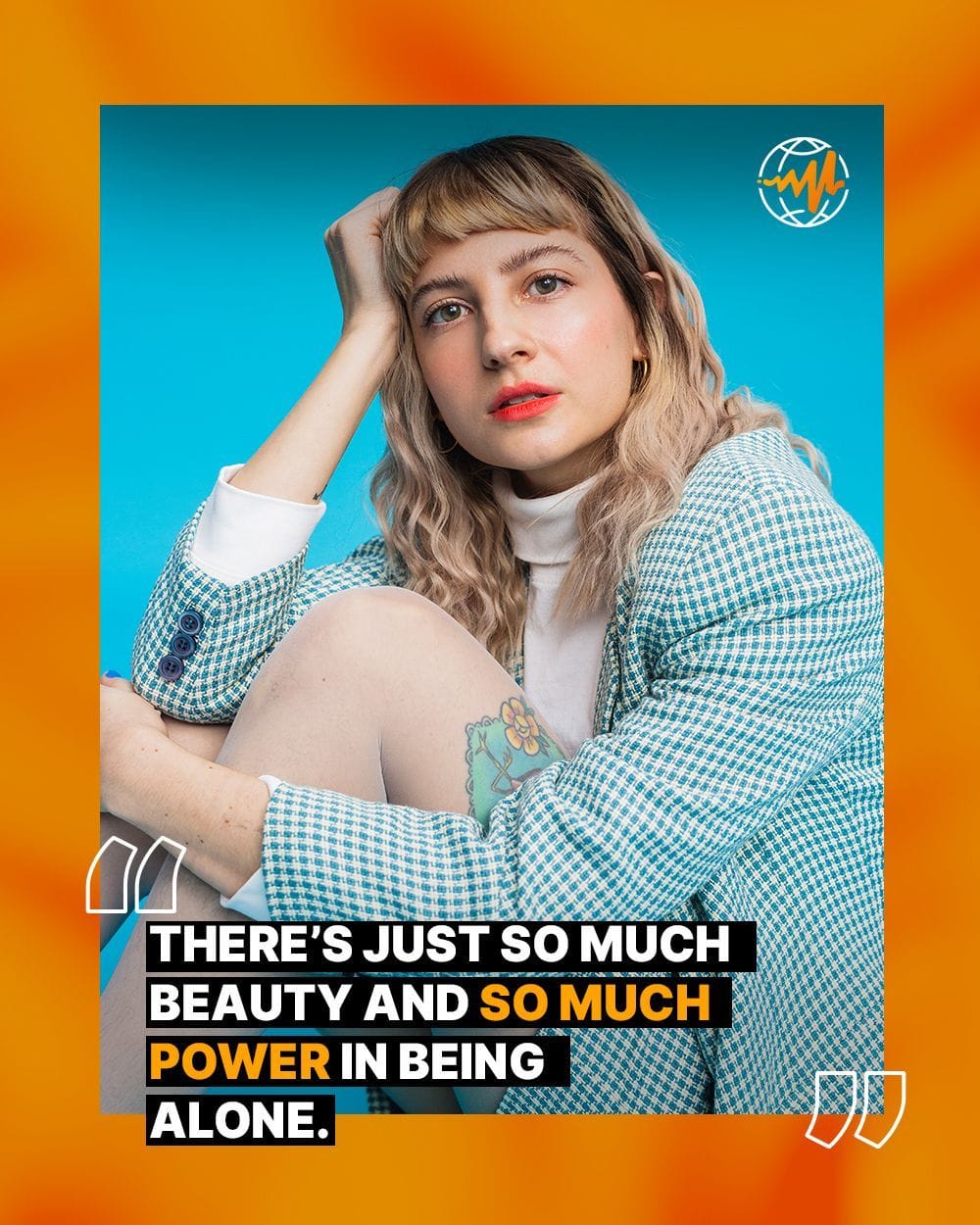 How did you first start making music?

When I was in high school, I was gifted an acoustic guitar. I taught myself how to play guitar on that and wrote a couple songs here and there. Nothing I was ever planning on playing to other human ears. But my parents live an hour outside of the city, and we didn’t have internet, and I didn’t have a car. So I was quite literally stuck in this house in the woods, which sounds cool and spooky, but it was just truly so boring.

I applied to a school that was downtown Toronto for musical theater. I grew up in the time of Glee. So I was like, “Oh my god, I’m so talented. I think I could definitely be a Broadway star.” It was a pretty intense two years of basically training every single day. I tried to be an actor after graduating college, and I quickly realized that I’m a horrible actor. I don’t even know how I got into this school in the first place. But I really liked singing, so I just started writing my own songs and then going to shows in Toronto and meeting people at shows, and then meeting people to play music with. I ended up meeting this guy, and he was like, “You shouldn’t be playing acoustic guitar. You should get a Big Muff and an electric guitar.”

I remember the first time I actually played one of my original songs was at theater school for a coffeehouse open mic. My Shakespeare teacher was like, “You know, I fear for a lot of the kids in this program, getting work after school because there are a lot of kids who want to be actors and not a lot of jobs for actors. But I’m not afraid for you because I think you’ll do music or you’ll make your own work somehow.” I have yet to really make money doing music, but I definitely don’t feel like I’m as bad at music as I am at acting.

How did you go from learning guitar to forming a band and recording an album?

There’s been a lot of lineup changes in the band. Initially, I was looking for people who would want to commit to being my bandmates. But it’s so hard to find that because you’re asking so much of people: we have to go on tour this whole summer, and you’re not gonna make any money, and be in the studio, and get press photos done. It’s a lot of pressure and eating shit for a while. Sleeping on floors and driving all night is not appealing to some people. It’s very appealing to me for some reason, but it’s hard to explain to your friends who you love and who are in this band with you, “You should be loving this!” It’s a lot to ask of people, so I could never find a good fit. And now basically, the band is me and my partner, and I’m also in their band, called Pretty Matty. That is my dream collaborator because they get my vision and also respect my vision.

What is your role in their band?

I play bass in their band, and I sing, so I’ve written harmonies for their records. It’s just so easy. I never knew that writing songs could be that way. I also started writing songs on my phone’s GarageBand app. The first time I did, I was like, “What? I can write all the parts on my phone, while I’m just like, sitting here, eating a snack?” It truly has changed my life. Prior to the app, I was relying on other people to fill in the blanks of my song. When you’re collaborating with other people, it’s so hard to articulate your vision. It’s easy for you to sit on your phone and just pop away at some of these notes. So it’s very empowering. I think everyone should make songs on their phone. 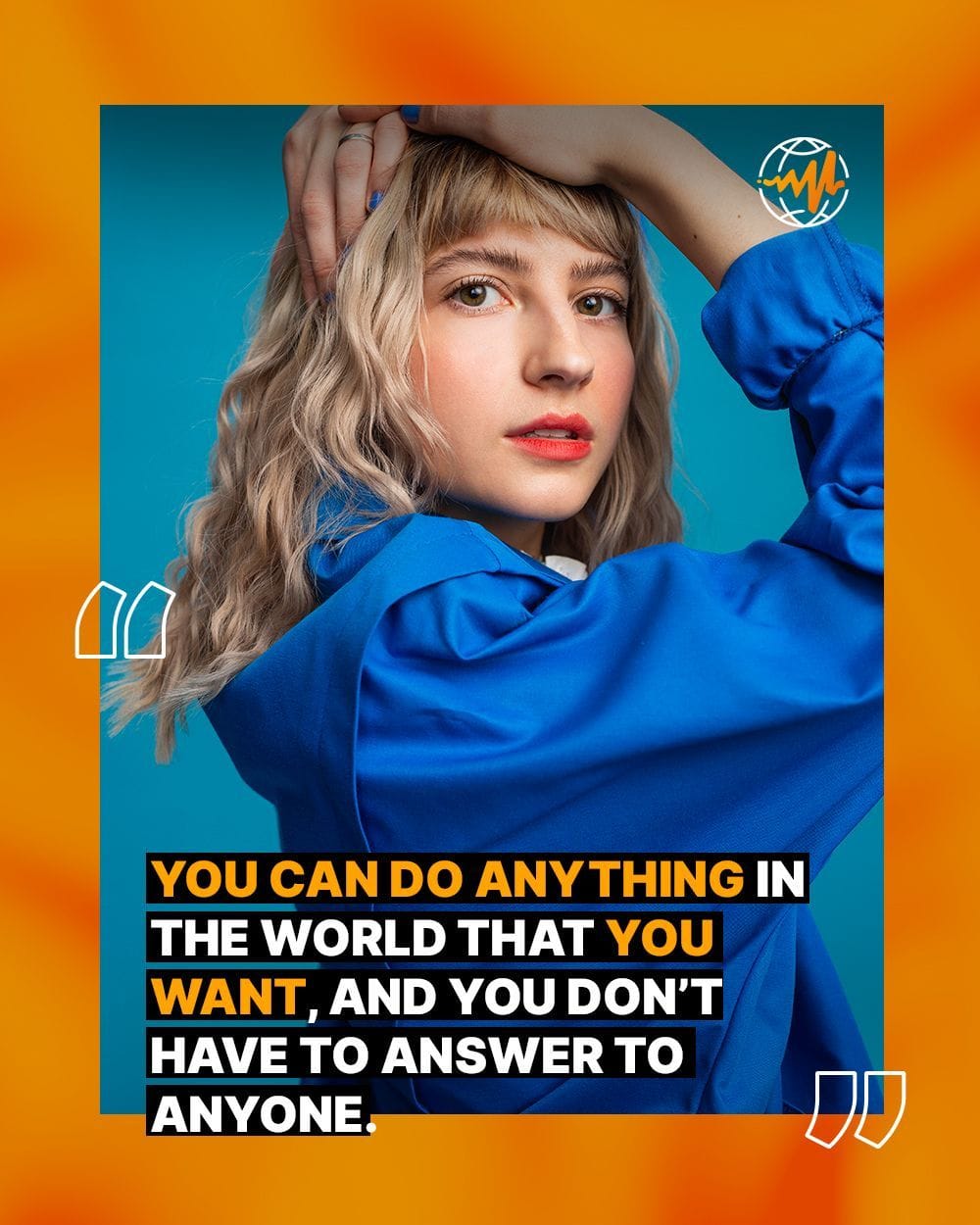 A lot of your songs are about you being by yourself. What’s the background on that?

I was having a lot of trouble with my mental health a couple years ago. I was trying different medications that were just not working, and I kept blaming myself. I was pushing people away, and then I started to realize I was pushing people away who were encouraging me to be unhealthy. I wanted to stop drinking. I wanted to stop smoking. I wanted to just be better to my body because I was not able to afford my medication anymore. I basically had to break up with a lot of my friends and I got sober, and I quit my job working at a bar.

I alienated myself, but I feel like I had to do that, to realize I was spending a lot of time with people who did not care about my well-being. The whole record is about realizing that, and I changed that. I know a lot of people are afraid to be alone, but I think there’s just so much beauty and power in being alone. It’s freeing, and it doesn’t have to be sad to be alone. I love being alone. You can do anything in the world you want, and you don’t have to answer to anyone. It’s nice.

A lot of your songs are about objects, like “Furniture.” Do you have a strong relationship with your stuff, especially after being home a year?

Oh, yeah, absolutely. “Furniture” is the song of my soul. If I have a task that needs to be completed, I’m always like, “Hmm, I should rearrange the entire house first.” Everything needs to find a home before I can do anything else. I’m a weirdo because I like to acquire things, but then I also like getting rid of everything and moving to a new apartment and being like, “Alright, let’s fill this baby up with a bunch of ceramic statues.”