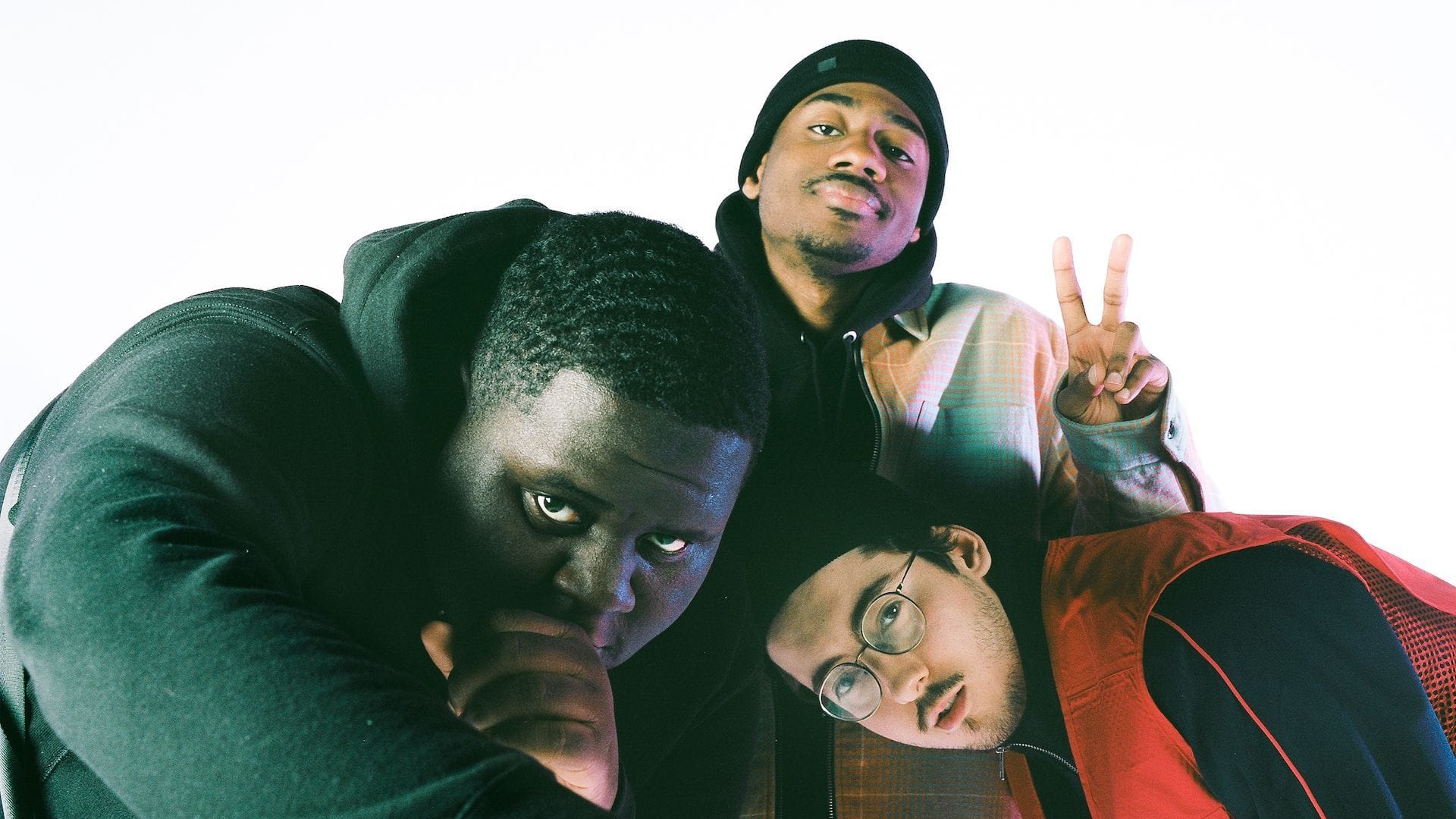 The name Planet Giza implies an entire world of music ripe for exploration. When I ask the trio—composed of vocalist-producer Tony Stone and producers Dumix and Rami B—what music influenced them growing up, their answers reinforce this notion: JAY-Z, Gucci Mane, Roy Ayers, the soundtracks to the NBA Street games. The group’s well of influence runs deep, informing the soulful groove and slippery cadences of their music.

Named for the three pyramids located in Giza, Egypt, Planet Giza first met in high school when Rami connected with Tony and Dumix, who were already making music as a duo called The North Virus. There was an instant connection, one the newly formed Planet Giza would tinker with over the next few years. Their bubbly 2019 debut album, Added Sugar, received a co-sign from fellow Montreal artist and longtime friend KAYTRANADA, who co-produced the song “Timeless//3 Stacks.” Added Sugar was an arrival on both a local and international scale but, after its release, Giza was ready to head in a different sonic direction.

“We needed an evolution in our sound,” Rami tells me over the phone. To bring their vision to life, the trio recruited musician-producer JMF, who helped bring a fuller and darker sound to their latest EP, Don’t Throw Rocks At The Moon, out today. The synths and programming of the group’s earlier music pop next to JMF’s live instruments. Lead single “When The Moving Stops” and closer “Why Do You Run?” feed off the bounce provided by their live bass and drums.

“Working with [JMF] on this project showed us there’s no limitations to what we can create,” Tony tells me. Don’t Throw Rocks At The Moon is the latest layer of atmosphere enveloping Planet Giza, yet another expansion of the musical universe they’ve worked hard to cultivate. 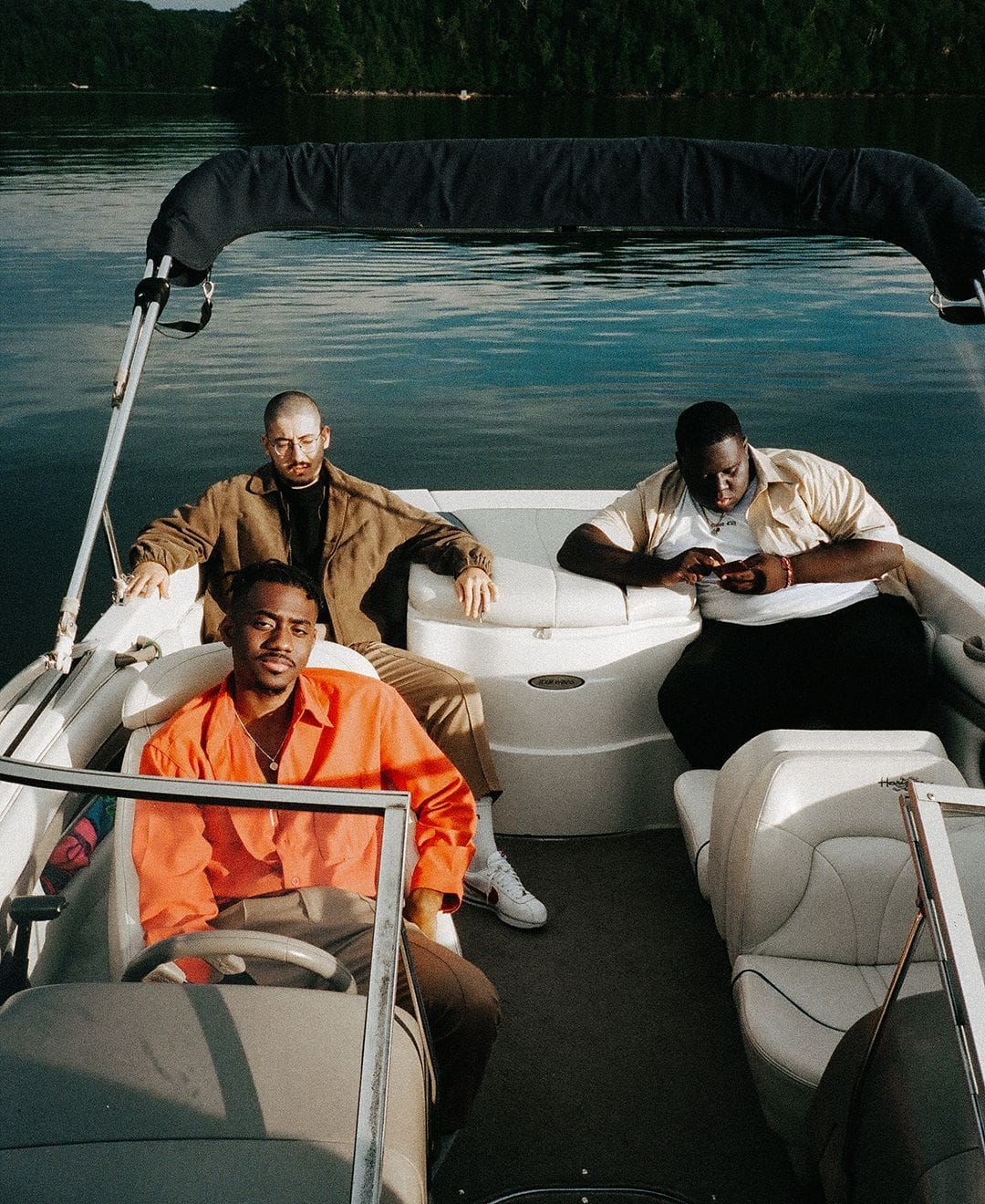 As Planet Giza, your sound is amorphous. How would you describe the kind of music you make?

Dumix: I don’t think we have a description for our music. If we feel like making a disco record or a classic hip-hop or R&B record, we’ll do it. We just do what we want and what we feel. We do anything.

Fellow Montreal producer KAYTRANADA took an interest in your music early on, even co-producing a song from your 2019 debut album, Added Sugar. When did he come into the picture, and how did it feel to have such a hefty co-sign so early in your career?

Rami: We knew KAYTRANADA way before Planet Giza. He was doing his thing, and in either 2014 or 2015, his brother [Lou Phelps] found us and wanted to make beats with us. He’s really just a friend at this point.

Dumix: At some point, Lou Phelps actually wanted to be in Planet Giza. These guys believed in us early on, when we had no traction. Our first big show was when KAYTRANADA put us on his opening set, and from that point, he put us on their opening sets for all their shows in Montreal. He and his brother showed support from the beginning.

Rami: It was totally organic. We didn’t ask him for anything.

I’m intrigued by the title of your latest EP, Don’t Throw Rocks At The Moon. It reads as a spin on “don’t take what you have for granted.” What does the EP’s title mean to you?

Tony: What I like about the title is that, like how you just had your own interpretation, that’s what we wanted as a whole. It’s a solid title that’s cryptic enough for you to see it however you want. For us, it was initially a play on words. There’s a phrase that goes, “Don’t throw rocks at the sun” because you can’t reach it. Instead of it being the sun, we decided to go with the moon, and that gave us the leverage to play with the nightlife and what happens when the sun goes down. All of these experiences that happen during the nightlife, whether they be regret, stardom, or ambition.

That’s cool, considering Added Sugar had a more bubbly synthetic sound compared to Don’t Throw Rocks At The Moon, which features live instruments and a slightly darker tone. What inspired you to move in this direction?

Rami: We needed an evolution in our sound. We got JMF, a crazy producer who co-produced on every song on this project, to come out and help us with the new sound.

Tony: He’s this very dope musician. All the instrumentation is him laying down our ideas that we couldn’t do ourselves on the keys. We outsourced and got JMF to help make this whole thing. 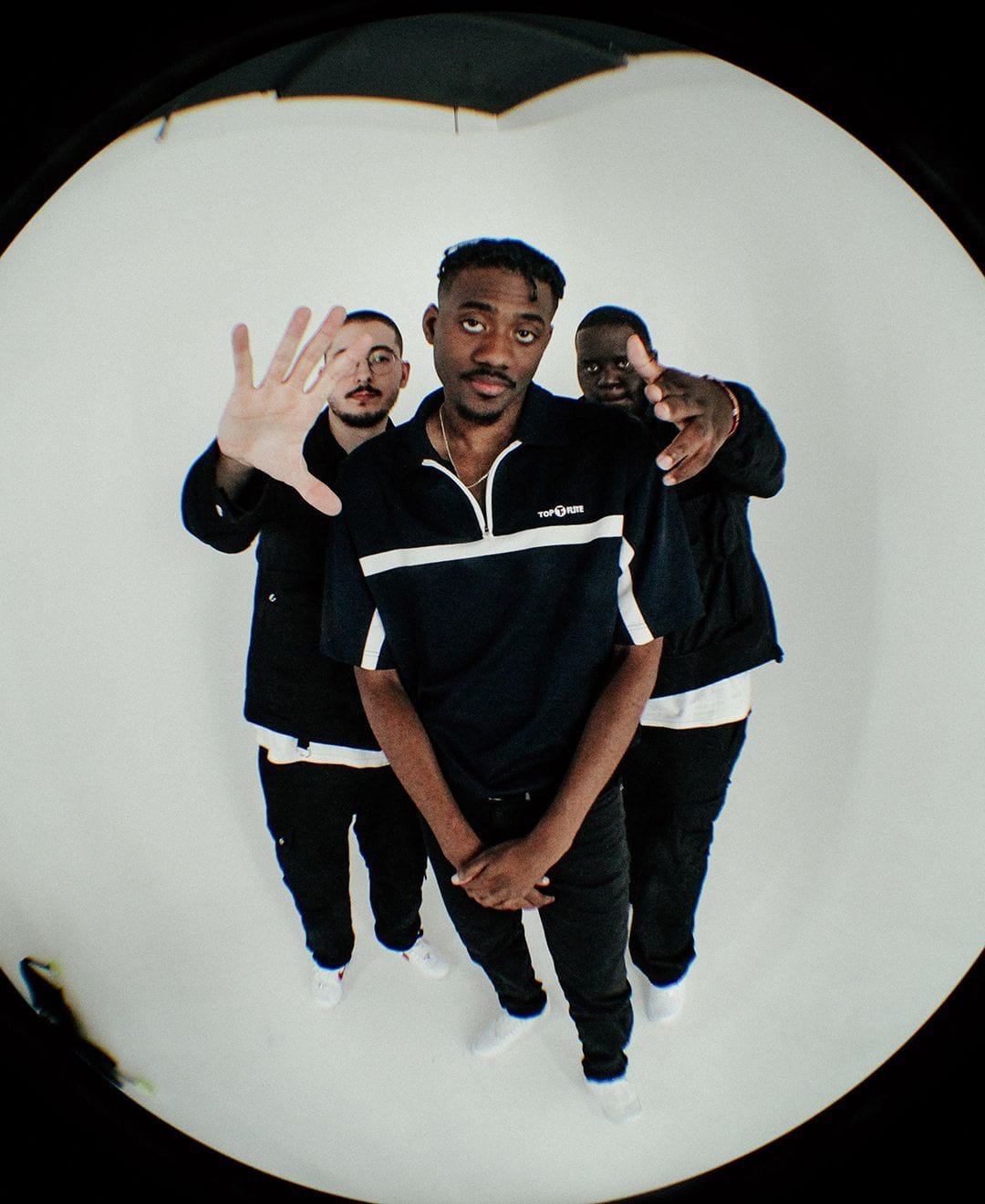 Outside of him playing all the instruments, what other insights and lessons did you take away from JMF after working with him?

Tony: For me personally, working with him on this project showed us there’s no limitations to what we can create. Where we once thought we had hit a little bit of a ceiling, now we can open doors to a bunch of new things. We could get a whole orchestra to play violins and make crazy things happen.

Dumix: For me, we completely made the beats and recorded everything in six days. We made the beats in three days and recorded all the vocals in three days. It’s not like there’s leftovers, either. We made six beats, and every beat went into the project. We didn’t overthink it and went with the flow. If we started something, we finished it. Added Sugar was a long process; it took us a year-and-a-half, maybe two years, to finish that project. With [Don’t Throw Rocks At The Moon], if we laid down drums and chords, we wouldn’t change them around as much as we usually do.

Tony: Yea, we were locked in.

Sounds like y’all were way more focused this time around.

Dumix: Before COVID-19 happened, we were working on something else and had a whole bunch of ideas for shows and merch and stuff like that. Since COVID happened, it put everything on pause, and we had no inspiration for a little while. As soon as we could link back up, the first thing we did was go to the studio and make a project with JMF. We wasn’t focused when COVID hit, but as soon as we were back, it was go time. We knew what it was and went straight for it.

Rami: COVID helped us make this project because there was absolutely nothing to do besides make music. We were like, “Fuck it. Let’s bang it out.”

The EP’s cover also features a short poem: “As I look at the sky, I try to see myself… How often do you stargaze?” How did this poem factor into the project’s creation?

Tony: It definitely came in after the fact. One of our creative directors named Dovi [Kotto] asked us for one quote that comes to mind when I thought about the album. I came up with that quote because I thought it sounded poetic as hell, and it makes people think. I wanted it to end with a question so people could feel like they were involved.

Since the quote came after the fact, how do you feel it reflects the music?

Tony: When I look up at a star, I try to see myself as a star. The moon is a star in and of itself. With Don’t Throw Rocks At The Moon, it’s just saying, “Don’t be so hard on yourself. Give yourself an opportunity to shine.”