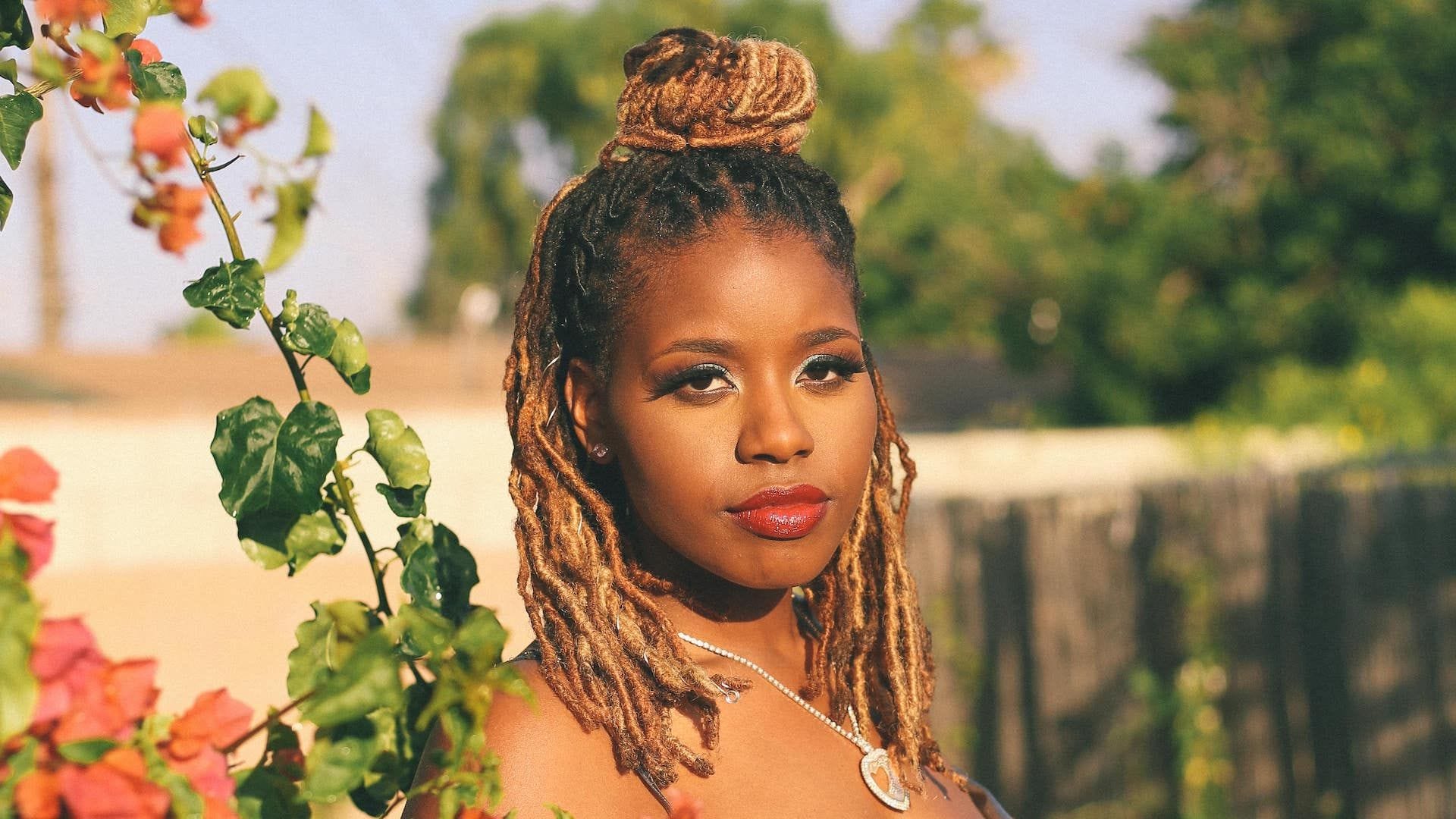 In 2015, PJ dropped her first EP, Walking Around Pools, taking her career into her own hands before stepping into the spotlight fully with her acclaimed 2016 debut album Rare. This year, PJ, 30, released Waiting for Paris, an evocative EP meant to establish her alongside contemporary R&B artists like Snoh Aalegra and Summer Walker.

Influenced by everyone from Kanye West to Mary J. Blige, PJ lives, breathes, and exudes soul. “I get my inspiration from my everyday life,” she said in 2016, two years after signing to Atlantic Records. “So the everyday struggle of trying to get my life together is a huge inspiration for me.”

These everyday notes show up all over Waiting for Paris, which feels deeply homespun and wonderfully warm. “I’m making a soundtrack for the underdogs, the ones that people don’t check for,” PJ said in 2016. The year is 2020 and PJ is no longer an underdog—she deserves household name status.

I speak with PJ on a warm day in July to break down her guide to songwriting success and the joys of chasing your passion. The key takeaways from our conversation, lightly edited for content and clarity, follow below.

Find your passion. “The first time I started recording songs was in high school and as a kid I wrote poetry and played instruments. The older I got, music was the only thing I wanted to do. I didn’t really hang out in high school. I was in my room recording. That was the only thing I wanted to do—I’d be so comfortable with it.”

Channel your toughness. “My first placement was for Meek Mill, and it was my first time hearing the song on the radio. That’s where I started professionally. I knew more about [songwriting] before I was [my own] artist.

“Most of my songs I’ve written have been for males, which is interesting to me. Most of them have been rappers, and I’ve had a few R&B singers and pop singers, but most of my catalog has been rappers, which is borrowed from my own solo music. Because there’s an aggressiveness and similar energy, even though I’m not a rapper.” 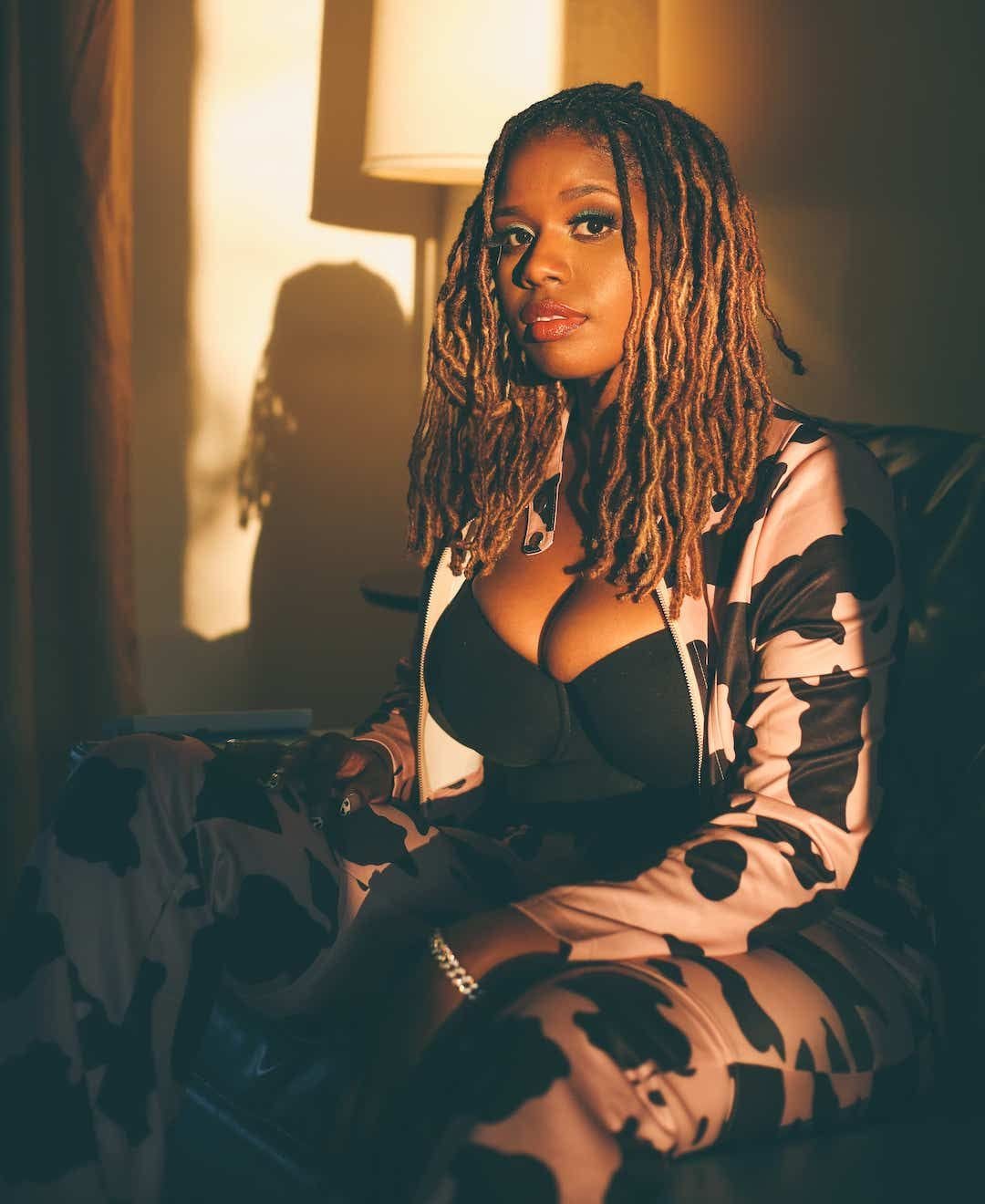 Put yourself in someone else’s shoes. “One thing I bring is a toughness to my writing. It allows me to write for males and I’m not heavily involved in relationships, so I don’t have a lot of soft songs. I’m such an underdog and that’s where my writing comes from—as an artist and as a writer. I talk about coming up and people not believing in me. There’s a sense of urgency. It’s very rapper-like. I love hip-hop, that’s what I grew up on. Even when I record, it’s very much rapper-like. Since I’m so creative, I’m able to put myself in others shoes. I put on a hat like, ‘If I was a dude, what would I say?’”

Defy expectations. “As a female, people act like all we can talk about is love, like that’s the only thing we have to talk about. Like we don’t have other things we have to overcome outside of relationships. Every time I get a song cut by a rapper, it’s like, ‘Yeah! I can talk my shit!’”

“There aren’t a lot of songs by female artists talking about the come-up, or finances, or not knowing what’s next in your life, just trying to figure it out. That’s a lane I occupy proudly. I put out my first project in 2015, and I feel like when I perform and see the reaction I get from people, that’s the confirmation. I was tired of being in the background.”

Inspire yourself. “I’ve been through so many ups and downs, and now that I’m out of that, I look back on my older stuff and it’s inspirational to me. It’s like I’m coaching myself from the past. I listen to Walking Around Pools and it’s like, ‘Keep going! Keep going!’ I had moments where I felt like I couldn’t. So, I’m very proud of my first project.”