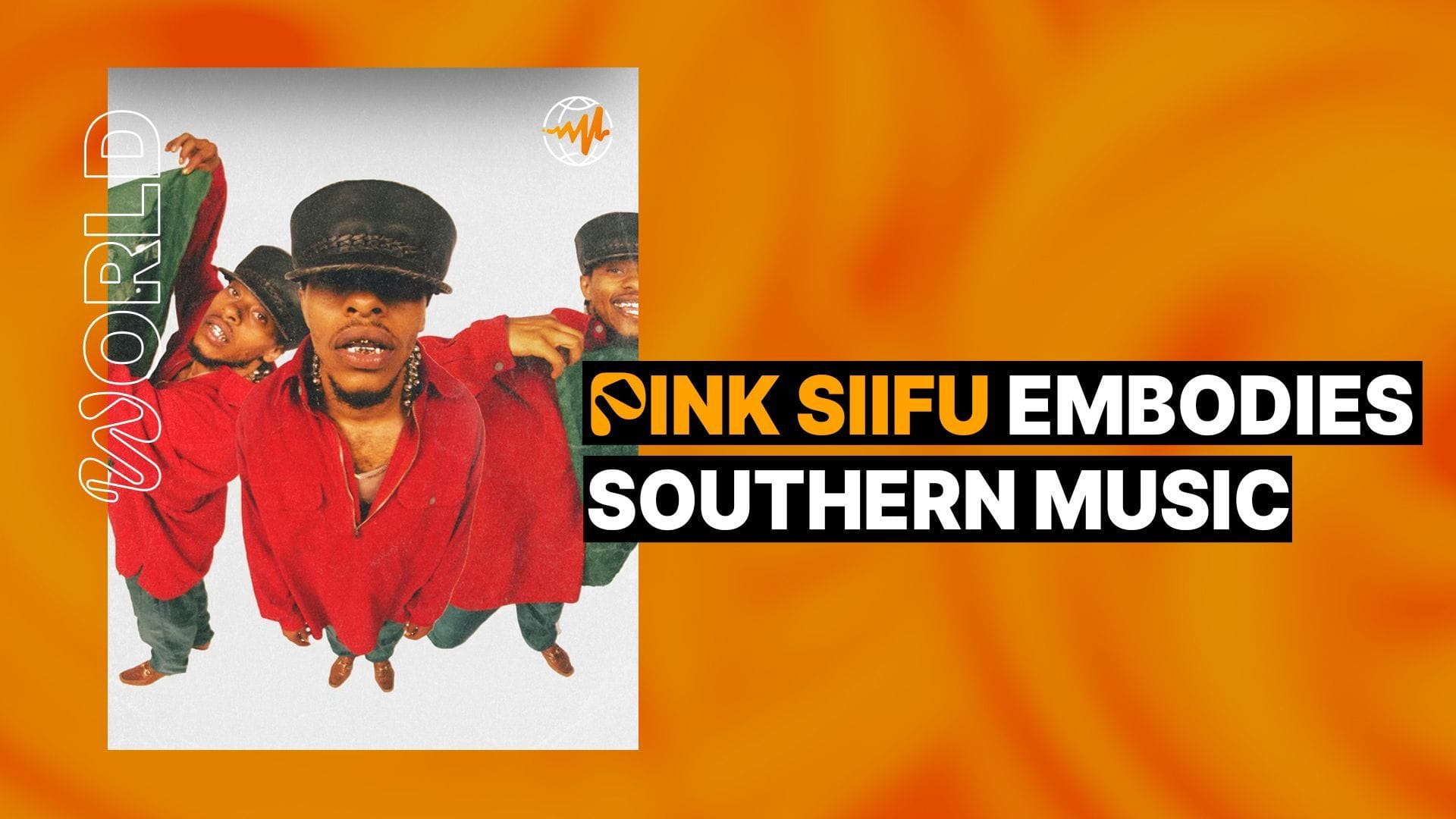 When I first meet Pink Siifu in a Brooklyn apartment for our interview, he’s wearing a musical conductor’s hat over a durag and bright blue overalls. It’s an image eerily similar to the cover for his latest project GUMBO’!. He looks like the leader of the most elaborate HBCU marching band never created both on the cover and in the flesh. As a stylistic descendant of the Dungeon Family and Lil Wayne, it’s a snapshot of his place within a long Southern musical lineage.

Siifu was born in Birmingham, Alabama, and bounced between there and Cincinnati, Ohio, while growing up. A self-proclaimed “mixtape fanatic,” he’d spend breaks and summers in Birmingham and would return with Lil Wayne mixtapes for his friends and family. As he got older, Siifu’s musical palette expanded to include other artists like D’Angelo, Prince, and fellow Alabama native Sun-Ra.

His omnivorous taste has always harnessed a distinctly Southern flavor, but GUMBO’! is the first time Siifu has brought that focus to such an eclectic set of sounds in one sitting. Trap (“Wayans Bros.”), soul (“Fk U Mean/ Hold me Dwn”), chopped and screwed (“lng hair dnt care”), and funk (“Call tha Bro (Tapped In)”) all simmer in the same pot. Interludes from the Dungeon Family’s resident poet Big Rube emphasize several swelling moments alongside Siifu’s thick drawl. GUMBO’!, much like Siifu himself, is an almanac of Black Southern musical history and lingo looking to the past and the future at the same time. 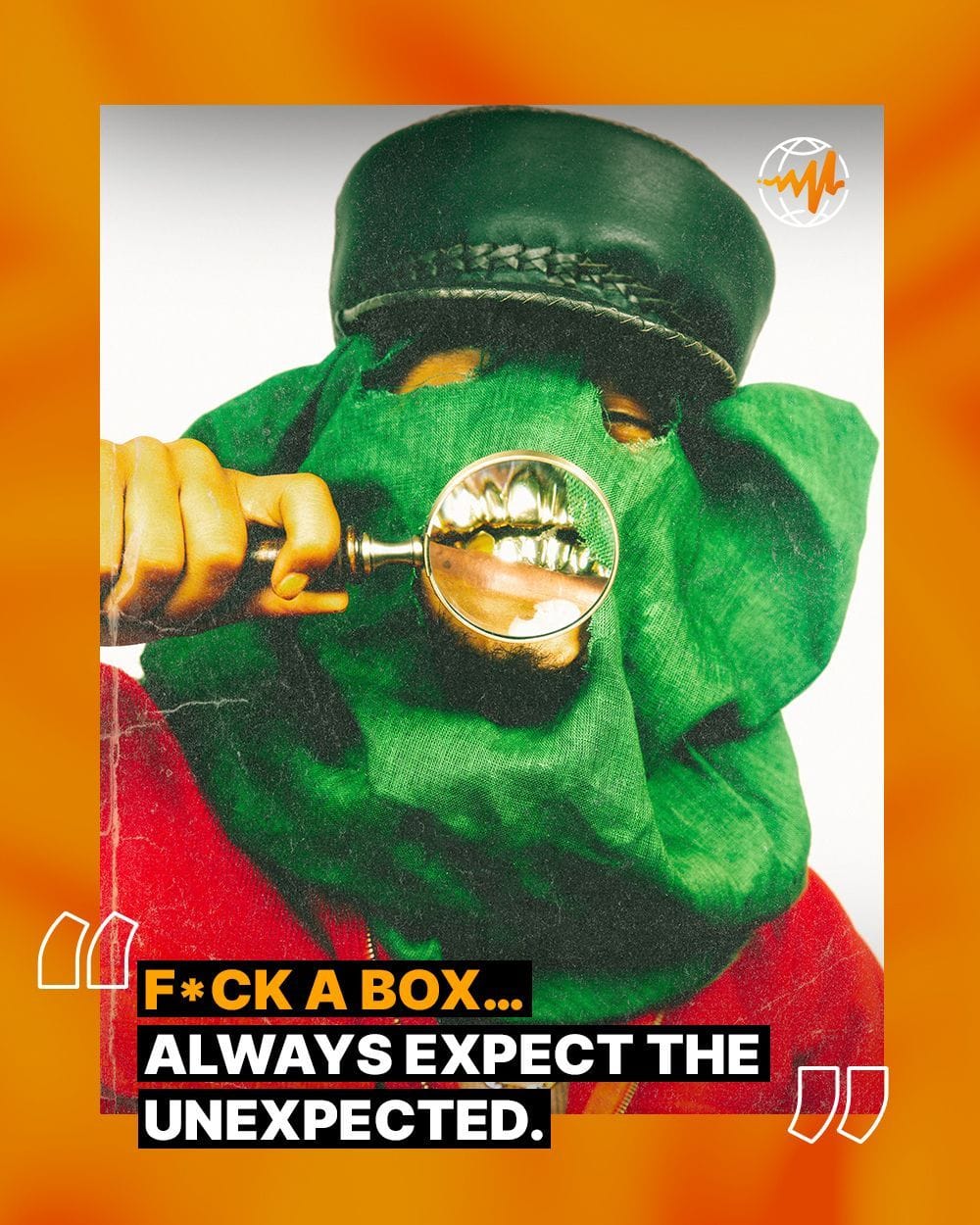 Growing up in Birmingham, do you remember the first time you were exposed to music?

Seeing how fye niggas went for Nelly. I looked at how niggas reacted to music. That’s what made me get into music, for real. He increased the price on Air Force Ones with “Air Force Ones.”

This is when I was older, but I also remember it was a moment when I knew the hook for [Lil Wayne’s] “Go DJ” before I heard “Go DJ” because niggas were just rapping that in school. They were like, “This that new Wayne.” Moments like that were what made me fuck with music.

As you got older, how did living in the South affect the way you processed and listened to music?

I was living in Cincinnati and visiting Birmingham on breaks a lot, but to answer your question, I would hear things down there I wouldn’t hear up here. It was a different time. Before the internet and before all that shit, I would come back to Cincinnati with Lil Wayne mixtapes with 20 songs that niggas ain’t heard. All the homies got the Lil Wayne music from me. I was a mixtape fanatic. I’d go to the hood and bring them shits back and play them in my dad’s Escalade and just ride around. That’s why I talk about the Escalade so much because my dad used to ride me around in his white Caddy. He’d bump Gucci Mane, and I’d bump Wayne.

You’ve cited Dungeon Family and its various members as an influence on your music before. Are there any other specific Southern artists who influenced your music?

I can’t find it, but I had this CD called The Color of Money, Wayne and Curren$y. All the songs they’d made at that time and that shit was amazing. I could probably look for the songs on YouTube, but all those songs on one tape... You know how that shit used to be. A nigga probably just made it and put it on a tape.

I’ve always thought of your musical style as a gumbo with a distinctly Southern flavor. Why did you feel this specific album needed to be called GUMBO’!? 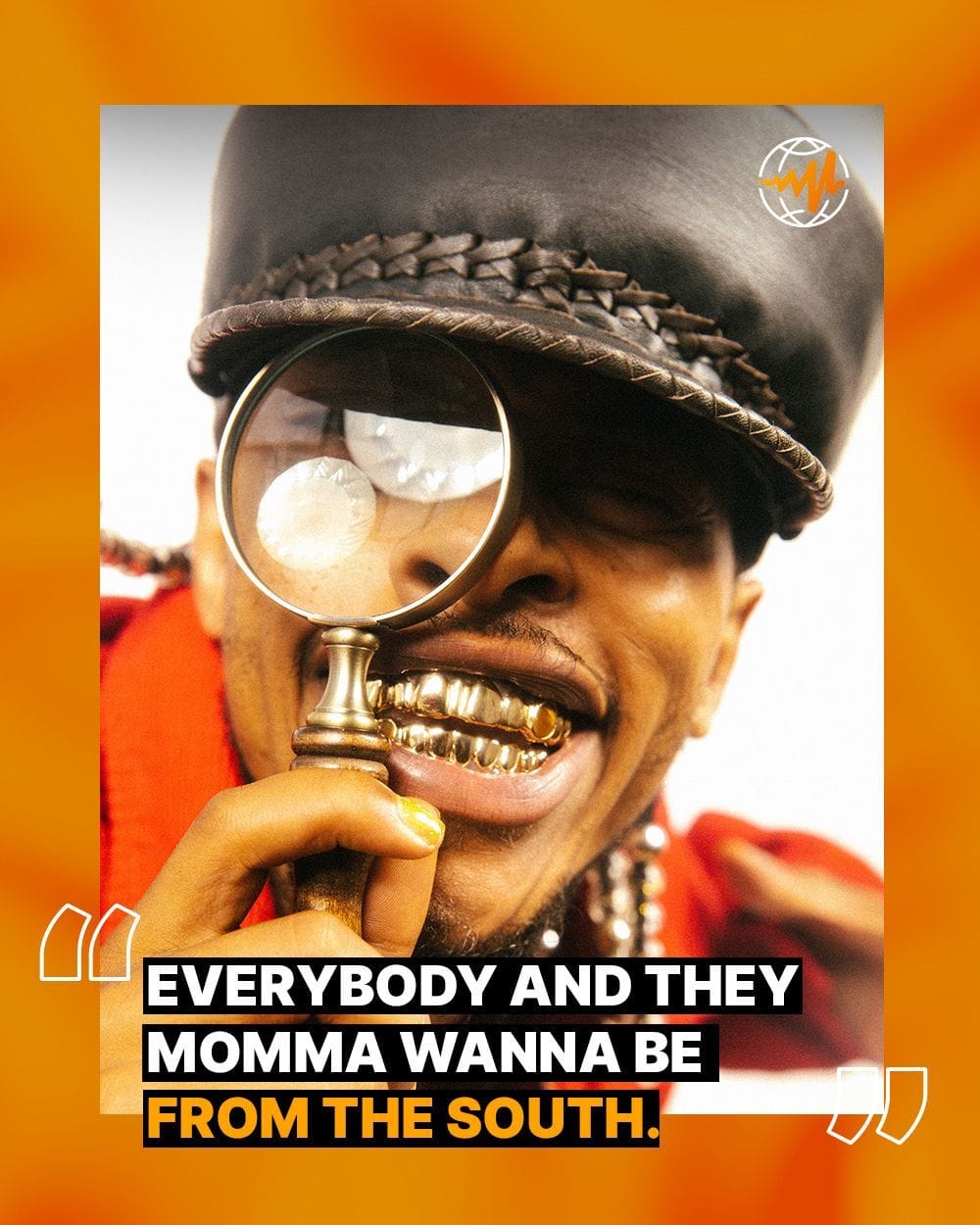 The only other consistent voice across GUMBO’! belongs to Dungeon Family member Big Rube, who’s been a clear influence on your music. Talk to me about working with Rube on this album.

I got Big Rube on my album, nigga. Niggas don’t understand how crazy that is to me. I grew up on Big Rube’s poems. I’m a poet first. That’s the first nigga I looked up to in this music shit. I played my cousin “Scurrrrd” [from GUMBO’!], and he started reciting Big Rube poems.

I grew up on Dungeon Family and UGK and Cash Money. That’s all I had. Dungeon made me think outside the box. Cee-Lo, [André 3000], Big Boi’s style. And that was before I learned about Suga Free. After that, I realized Big Boi was the Atlanta Suga Free.

As an artist from the South who’s also lived in damn near every corner of America, do you feel pressure to conform to what some listeners might expect a Southern artist to sound like?

What’s one aspect of Southern music, or the South in general, that you wish more people understood?

Siifu: Peso, what you think about that?

Peso Gordon [artist and friend]: It’s not slow. It’s not dumbed down. It’s really the same concept as everyone else trying to do it; it’s just more direct and done with more soul. You got people who always think people from the South are slow.

Siifu: That’s always how it is. And that’s why I always show love. Niggas had Wu-Tang, I had Dungeon. I’d go bar-for-bar with you on some Dungeon shit. For real. And that’s country as fuck.

I feel like the South is everything, especially with what’s going on right now. Everybody and they momma wanna be from the South. Everybody wanna sound like Atlanta, Texas, Tennessee. That’s crazy to me.