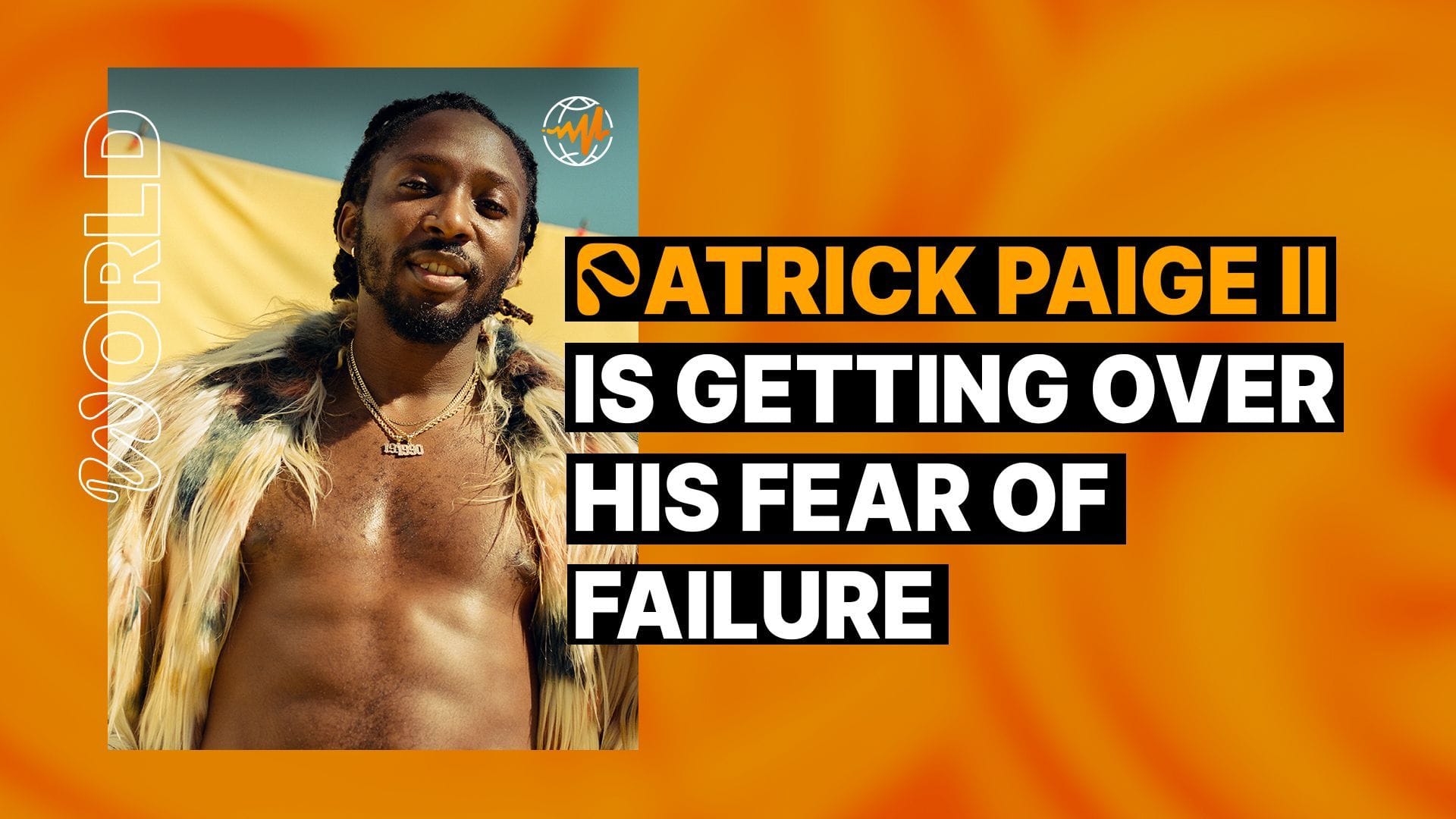 Patrick Paige II hopes you don’t mind his shortcomings. The Los Angeles-based artist’s latest offering, If I Fail Are We Still Cool?, ruminates on the harrowing idea that our worth as people is tied to our output as creatives.

As the bassist for beloved R&B outfit The Internet, Paige is no stranger to shaping a musical landscape. His 2018 solo effort, Letters of Irrelevance, featured him growing comfortable with his voice—both as an artist and his literal vocals. Waves of anxiety buoy If I Fail, which arrives at a moment of great overcoming. The album is a set piece for Paige, who uses music to massage out those deeper existential knots.

Single “So They Say” centers If I Fail. Patrick Paige II addresses his insecurities head-on. Though he’s enjoyed success both as a solo musician and member of The Internet, he’s only recently been able to appreciate all he has accomplished. In the past, Paige focused on the negative “What if?” questions life serves up in times of strife. Now, he’s channeling that energy into a new mantra: “What if it goes right?” With an emphasis on trusting his voice, If I Fail packs in bravado and introspection in equal measure. 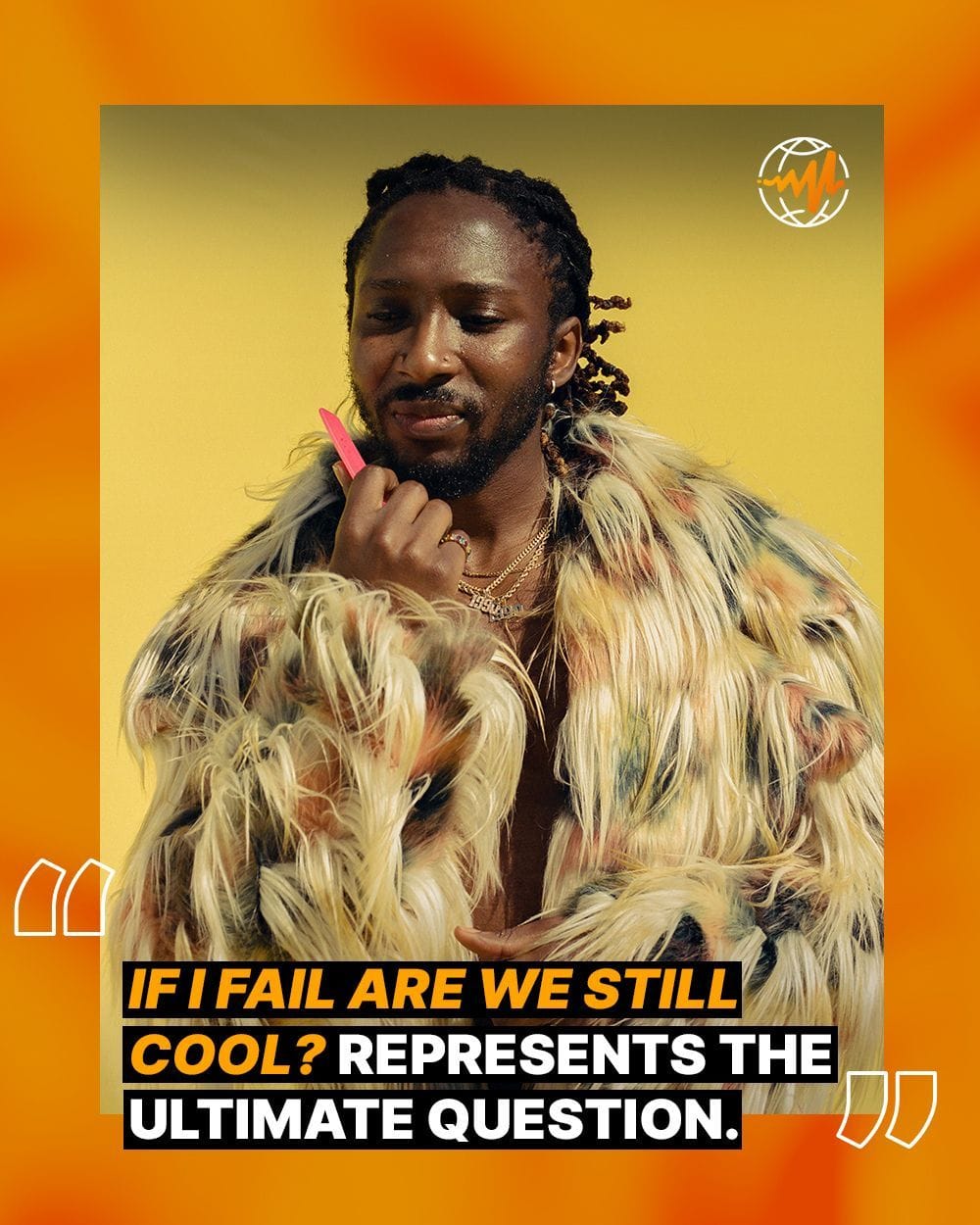 “I like me; I fuck with me!” Paige declares. He admits the last year spent in quarantine was a necessary step for him—and he views his life as a series of steps, allowing him to constantly ask “What’s next?” in order to grow. If I Fail Are We Still Cool? represents the looming anxiety every creative harbors, but, too, it is packed full of glimmering grooves. This dichotomy is not meant to confuse the listener. Instead, it provides them with an honest look into Paige’s world. No stranger to releasing his insecurities into the world, If I Fail also represents the next stride Paige is taking to cope with his fear of failure.

I wanted to start with the title of the new record because it’s so vulnerable. Did you pull If I Fail Are We Still Cool? from a real-life conversation?

This was from more of an internal place. The title represents the ultimate question. Me taking the biggest risks, putting everything I have into this album, trusting myself… In all aspects, taking risks through sounds and ventures—the difference between the people who are successful and fail are the ones that stop. What would I have left if I fail?

Do you measure your life as the distance between failures?

I measure more so by accomplishments. A ladder, or stairs. “What’s the next step?” literally and figuratively. That’s how I keep motivated. There’s gonna be setbacks and failures, but that can be for a reason. Just ‘cause one door’s closing doesn’t mean another one won’t open.

Are you over your fear of failure with this project?

Not even over [fear], but learned to cope. Fear isn’t necessarily real because certain scenarios and situations haven’t happened. I try to see things for what they are. My attention is always gonna be on the best-case scenario because that’s just as real.

I am the queen of hurting my own feelings with made-up scenarios.

I still be having some trouble with that sometimes, too. I set my intentions on the best-case. There’s a tweet from a friend I saw that changed how I feel on that: “What if things go right?” I was like, “Oh, shit! That’s deep.” 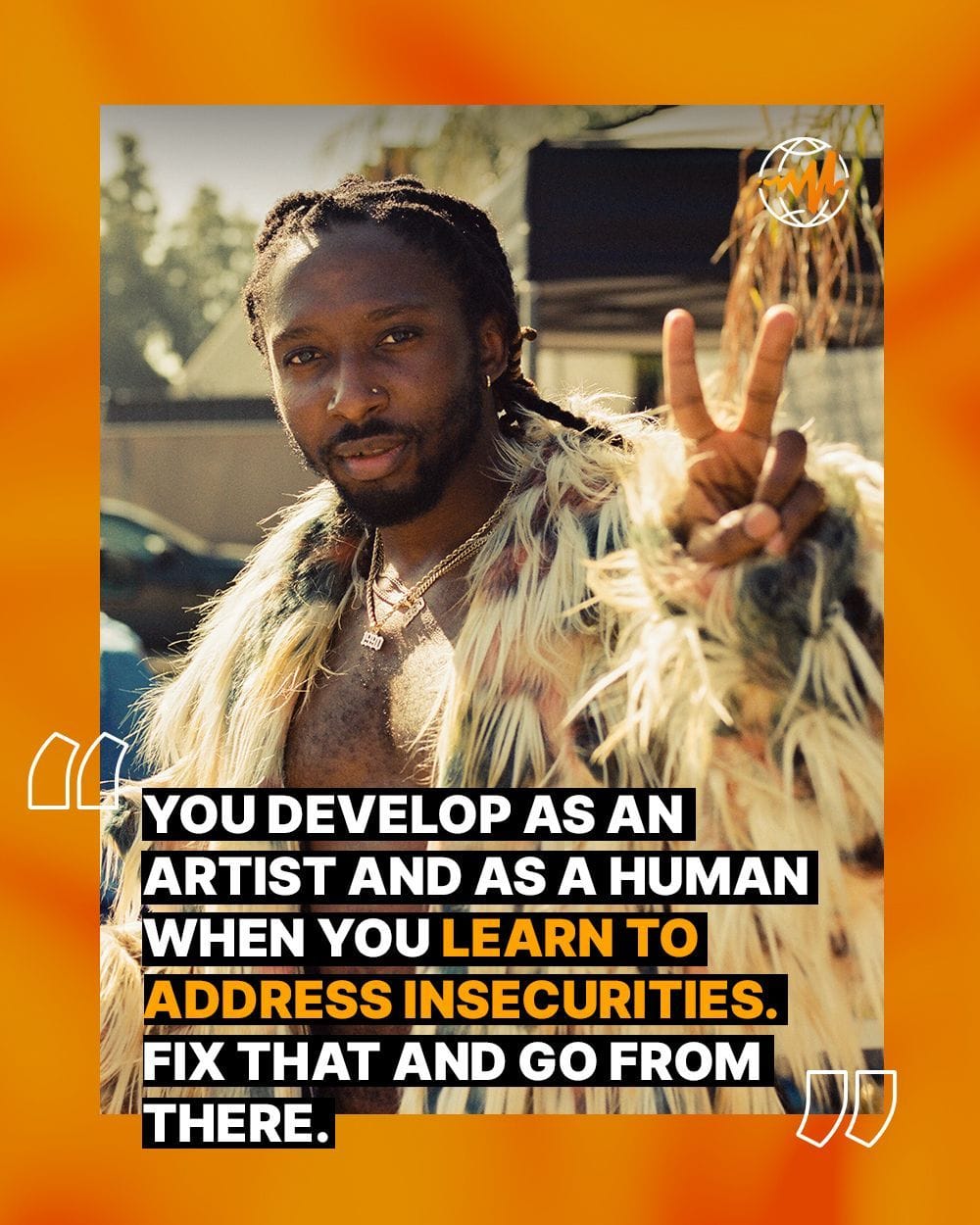 I hear it. You’re a lot more forward with your voice on this record, whereas on 2018’s Letters of Irrelevance, it felt like you were still getting the hang of your own voice. What relationship do you have to your own vocals?

I’m growing with it. Going back to the first answer I gave—I’mma give this my all. I had more to get off my chest [in 2018]. It was a creative project for me, where this album… Still using music as my outlet, but now knowing I trust myself and I trust my voice.

How important is naming and facing insecurity to developing as an artist?

It’s something to address. Development as an artist? You develop as an artist and as a human when you learn to address insecurities. Fix that and go from there—that’s development all-around.

Addressing insecurities in songs, it takes a lot. Address it, play that back, then release it to the public? That takes a lot but definitely helps to get over that fear. Once you wanna fix the problem, it’s all good from there.

Does sharing those parts of yourself freak you out?

Not necessarily, because I put it out there. You can’t hurt me with that. Maybe it’s something similar they’re going through, too, and they can learn from and heal from that. It doesn’t freak me out. It is what it is. I’ve put it there myself. That goes for the band, too.

There’s some anxiety on If I Fail, especially on the single, “So They Say.” How do you reconcile your anxiety about success with the success you’ve earned by yourself and with The Internet?

Lately, I’ve been trying to be more grateful and put my attention towards what I do have versus what I’m scared I won’t get. That was an important song for me to write because it was insecurities I needed to address. Sometimes, they come out as letters to myself—literally, I write them down—or they come out in a song.

There are some bandmates on this album—Syd, Steve Lacy—how different is recording with them for your solo stuff versus the group? Do you get to be the boss?

Ultimately, the album feels like a moment of overcoming for you—what’s the last hurdle you cleared? Personal, professional, whatever comes to mind.