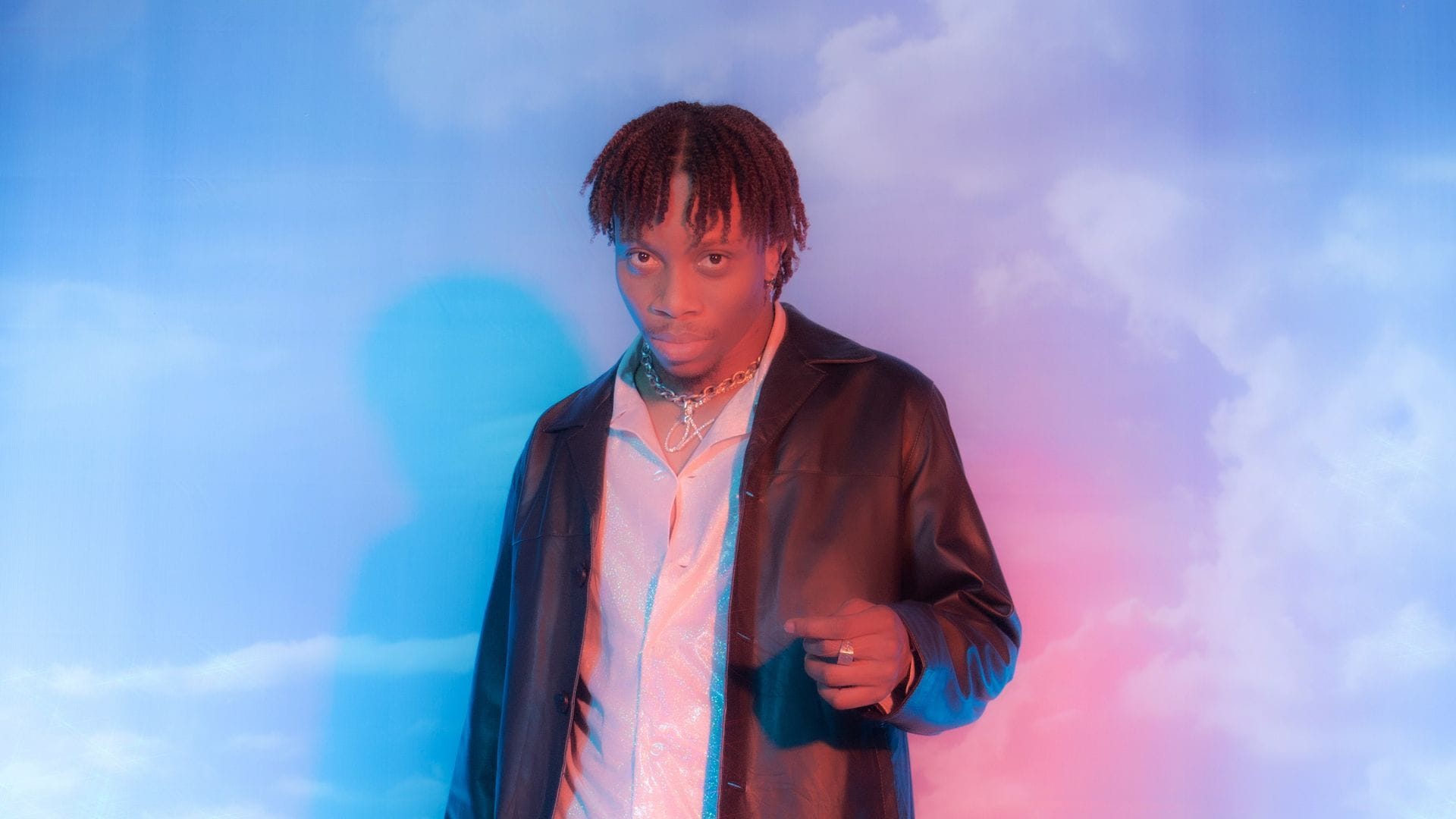 To Oxlade, afrobeats and derivatives of this musical pocket—such as afro-pop—are more than just genres. The 23-year-old, who sits amongst Rema and Joeboy as the new guard of the contemporary Nigerian music scene, asserts that the music helps to paint a more positive side of Africa and challenges harmful stereotypes. Born in Mushin, Lagos, Ox’s cathartic and pure hooks give his interpretation of afro-pop a soulful touch that sets him apart from his peers.

Traces of this can be found on one of his first regional hits, “Mamiwota,” with rapper Blaqbonez. Although a featured artist, Oxlade’s vocals across the chorus helped propel the song to viral status across social media. Continuing to collaborate and lean into passionate ballads, the artist joined Fireboy DML on “Sing,” capturing the attention of veterans such as Davido, who invited the singer to open for him in 2018.

But it was Oxlade’s impeccable performance in London’s O2 arena last year—as a part of Wizkid’s Starboy Fest— which helped catapult his international profile and set the stage for his debut EP OXYGENE, which premiered in April.

Spanning six songs, the Nigerian lays bare his vulnerabilities and yearn for love across the project. “I’m that soft lover boy,” he laughs over Zoom. On "HOLD ON," he calls on his love interest to stick with him, admitting that he’s “lost” in romance. It’s this transparency that’s reminiscent of '90s R&B, full of unapologetic calls for relationships and affection.

More recently, Ox has landed collaborations with reggae veteran Skip Marley and Ghana’s Sarkodie ("Overload 2"), while OXYGENE has topped nine million streams on Audiomack. Over lunch, via Zoom, Oxlade discusses his meteoric rise to stardom, his breakout EP, and his dream features.

There’s been debate about your sound. How would you define the music that you create?

The umbrella term for everything is afrobeats. Regardless of how deep you’re trying to go, the core is afrobeats. The definition of afrobeats is music from Africa, generally—not just hip-hop, for example. Afrobeats is us Africans, us Black people on the continent, using our talent to spread the good word about Africa. 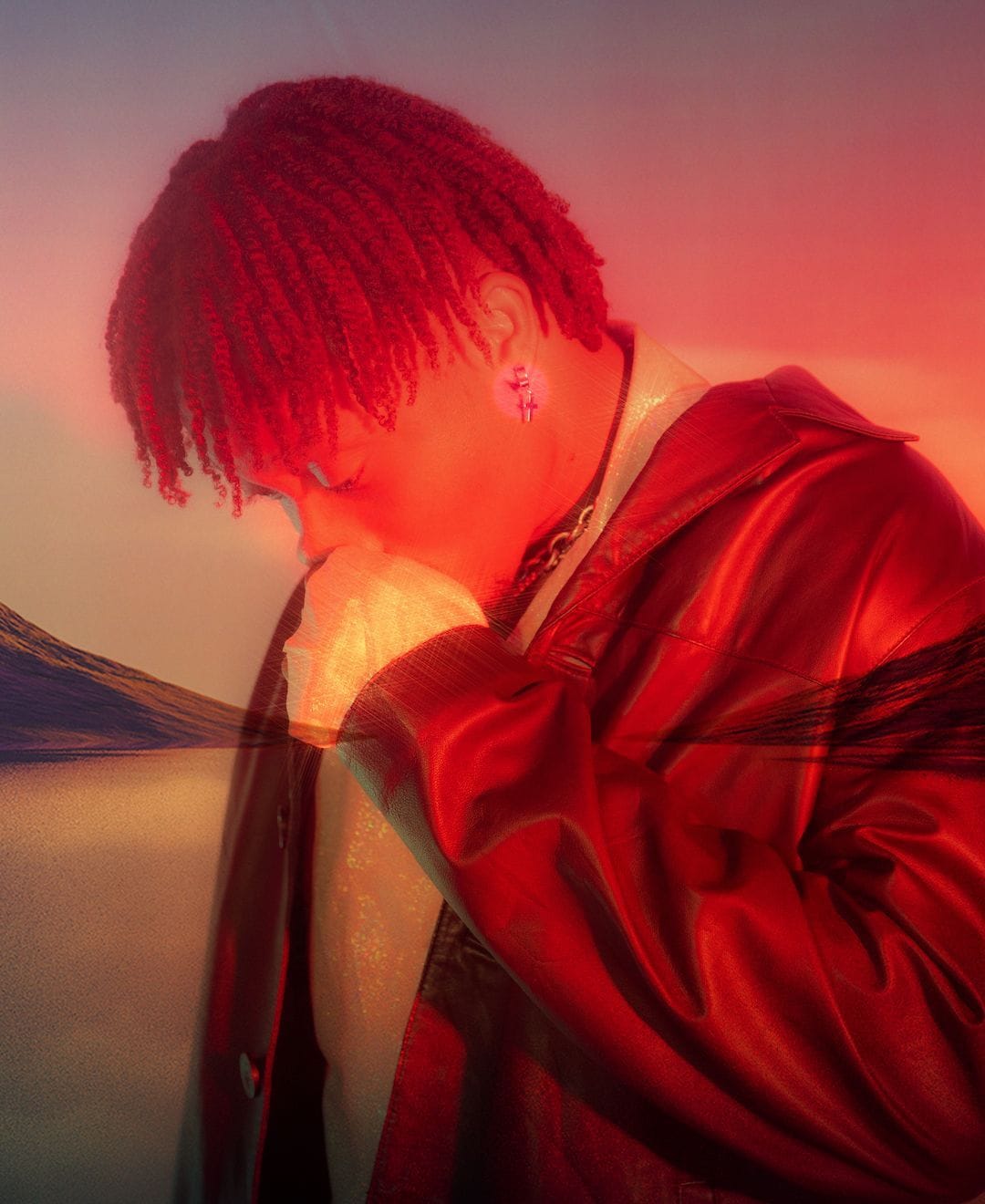 If we go deeper, I’m afro-fusion, afro-pop or afro-soul, but my root is afrobeats.

How do you feel about afrobeats beginning to cross over globally in the last decade or so?

When would you say that you first fell in love with music?

There wasn’t a moment where I fell in love with music. Music wasn’t a choice for me. When I was younger, I was in my church choir. My family is mostly musically inclined; it would be weird if I wasn’t that way. I didn’t even know that I was mastering things as a child that I’d need now. We’d always sing in the best style, which is a cappella, and that taught me everything that I know.

It was the passion I got from music that kept my attention. I had to work after university in the internet cafe, but even then I was in the studio, working on my music and sound.

But the moment where I knew I was made to do this, my most defining moment, was when I performed at The O2 last year for Wizkid.

That was the moment?

Bro. How many thousand people who are singing my song back to me? I didn’t know they would be this hyped. This type of energy from The O2, are you kidding me?

There is nothing that anyone on earth can tell me to stop me from making music at this point. When I got my UK visa two years ago, I didn’t even know that I’d get to use it for a moment like that. 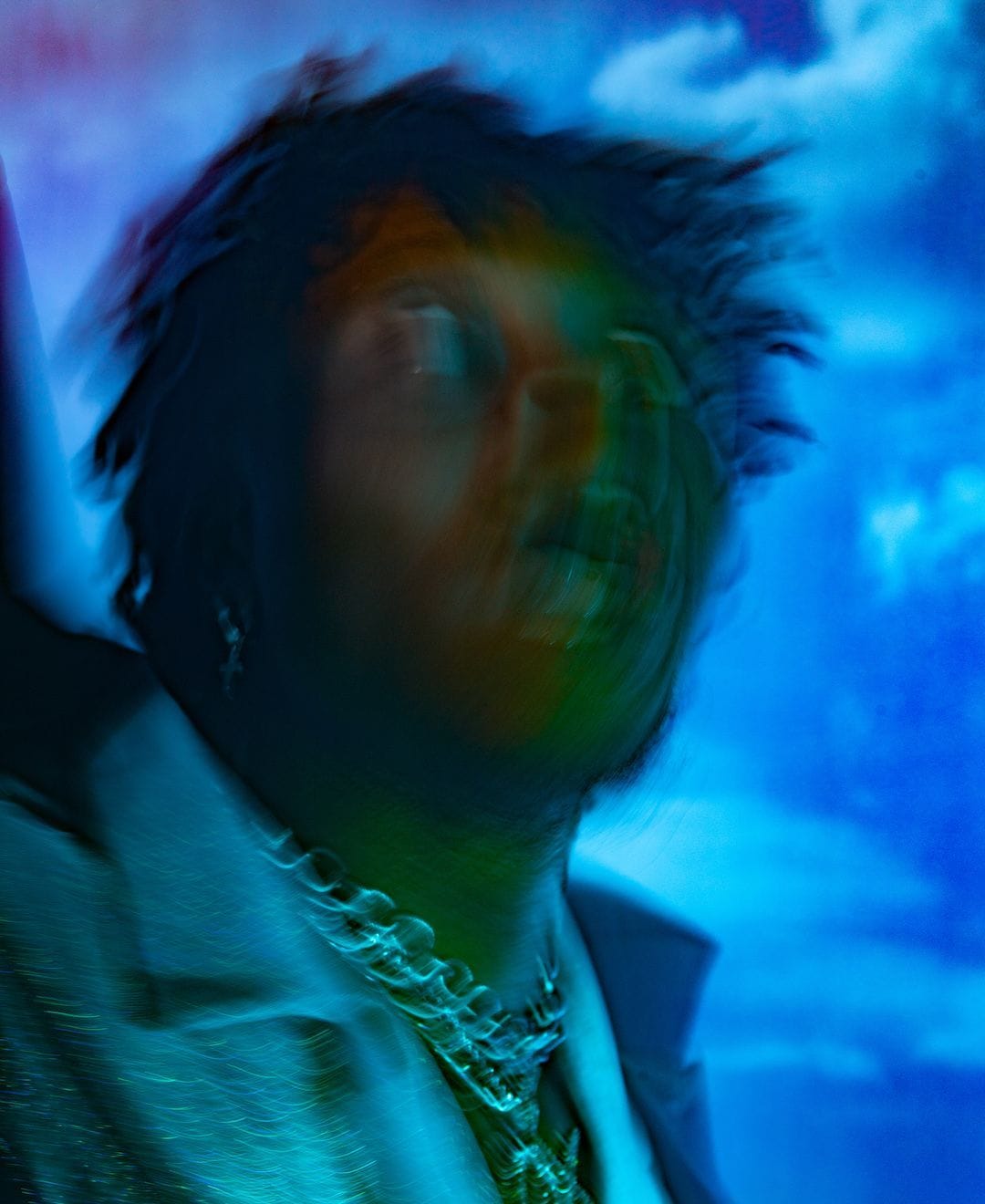 How did that performance come to fruition?

I was at DJ Tunez’ event backstage a few weeks before. I performed at his Blackout event in London. [Wizkid] came through, and was annoying me jokingly backstage and then he contacted my management asking me to perform at The O2 a few weeks later. I told my manager to tell him, “I don’t have a ticket.” He said, “Stop being stupid,” and made sure I performed. That’s how you know it’s the God factor.

You reference God a lot in your music. How important is religion in your life?

I think without faith, I would be working in a 9-5 and hating myself for not choosing music. It’s all about God and myself. That’s how deep my trust in God and my religion is, that’s where everything comes from. How is my project blowing up in a pandemic? God.

OXYGENE deals with a lot of vulnerability in its theme of love and relationships. How did it feel to be this open?

Being open and soft is a part of who I am. I’m a soft lover boy and sometimes there are risks with that. I wanted to make a project that people could relate to, one that speaks to me as much as my listeners. It’s an honest project because that’s all I write about: honest experiences. 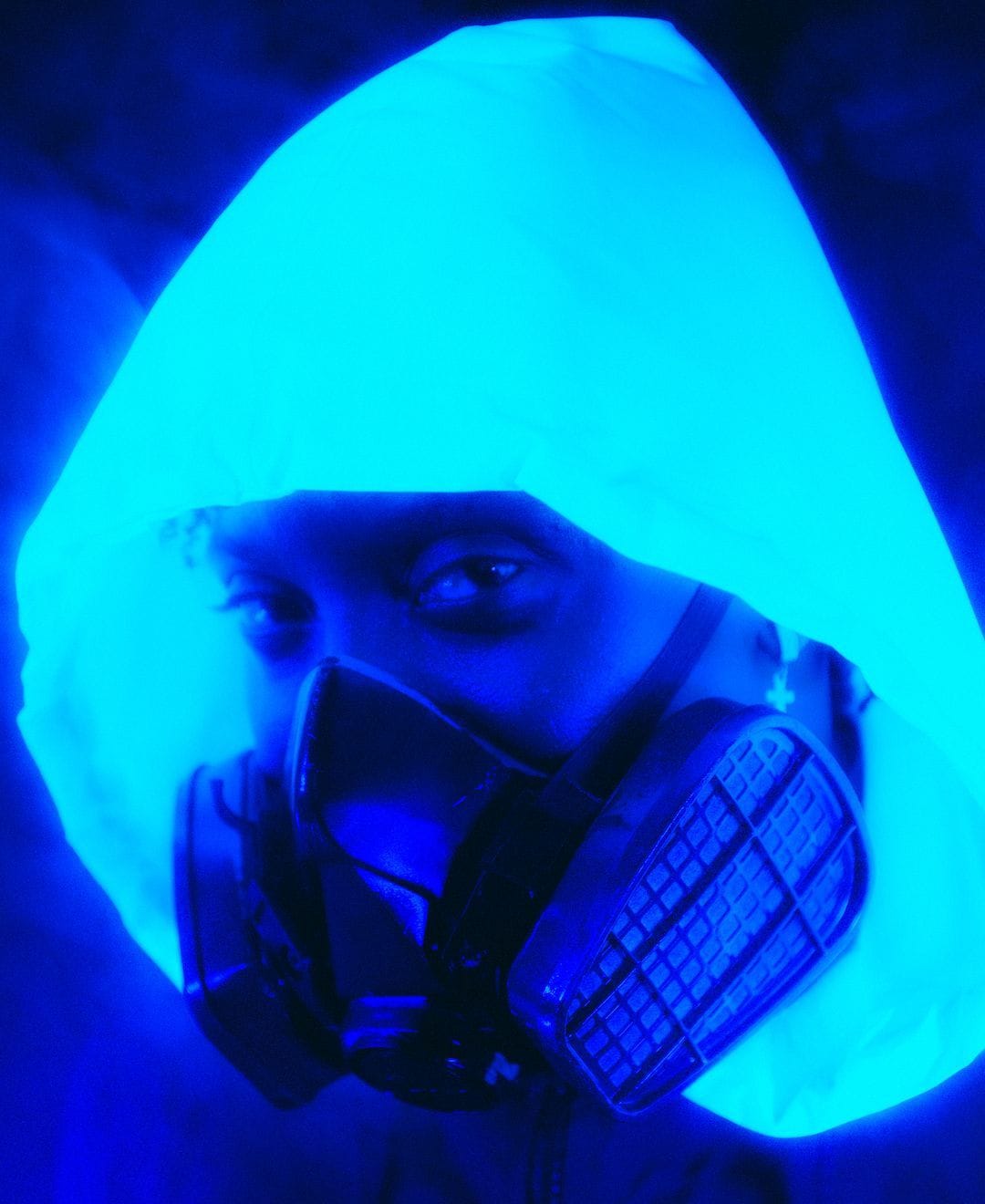 On June 4, you posted on Instagram that you’d reached 12 million streams across the world. What was your initial reaction to such a strong listenership in the space of two months?

It almost felt unbelievable to me. Before I dropped my project, I had 800 subscribers on YouTube and modest listens on other platforms. It just wasn’t in the same place. I don’t know where these people came from. When people really take the time to listen to you and take it in they’ll spread it. I started trending on MTV and everything at home. The fact that no physical promotion can be done due to the pandemic, it’s just nuts.

How have you been dealing with this current pandemic?

I’ve been learning. I’ve been listening to various forms of new music as I want to keep serving projects. I’m excited for what’s coming.

What have you been listening to and what has it taught you?

It’s more song construction, the process and depths of music. Things like meditating before writing a song and getting into the vibe of things, how to song-write, what’s the best environment for that... I really wanna define the process for me as an artist. I’ve been putting in the weirdest searches on YouTube, but trust me, it helps. I’m even learning French, because I see that I have some French stans.

Musically, I’ve been listening to the OGs. A lot of [Fela Kuti], Sonny Okosun. My next batch of songs is stupid, crazy good.

How are you learning French?

YouTube and a personal tutor. I’m really taking it seriously. I’m detailed when it comes to how I work. 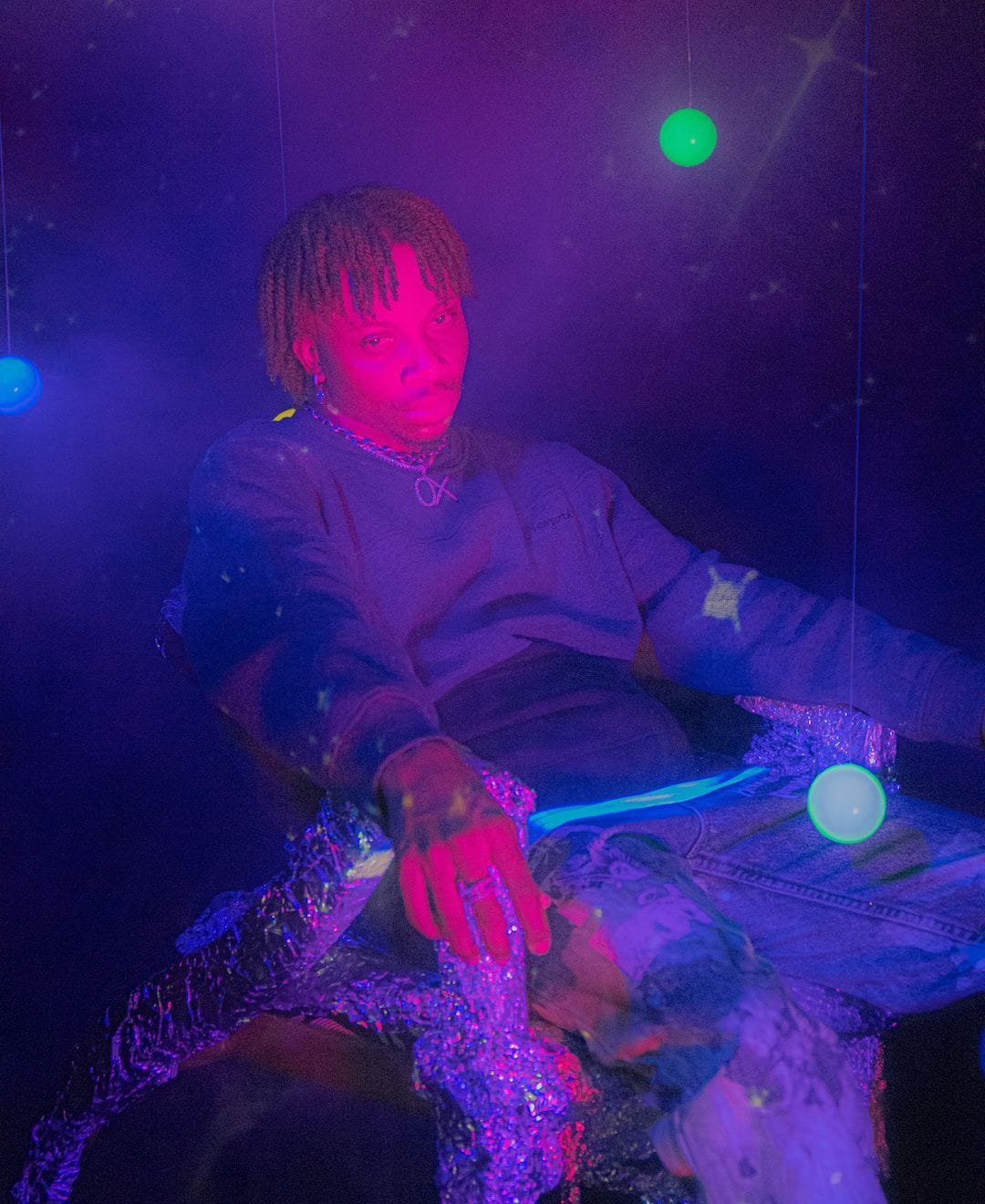 You’ve previously mentioned that a documentary to accompany the OXYGENE EP is coming soon. Is this still in the works?

Absolutely. I have a lot of things to say and it’s been a crazy year. A lot is going on but I really want to document the journey.

More recently, you’ve collaborated with both Skip Marley on “Slow Down (P2J Remix)” and Sarkodie on “Overload 2.” How did both features come about?

First of all, I just have to shout out Bankulli. He’s one of the pioneers connecting Africans together. [Bankulli] was with Sarkodie, telling him about all of the young talent that he should work with in 2018 and my name came up. [Bankulli] played him “Shugar” and he was overwhelmed with how I did my vocals. We became close after that, networking, and one day he sent me “Overload 2” and said, “Kill it,” and I did. He told me I reminded him of himself when he was my age. Now, no one in Ghana can tell me that I didn’t kill it.

With Skip, it’s unexplainable. I think he heard “AWAY” and somehow wanted me on the record and sent a request to management. Being on a song with H.E.R. and Davido is a dream come true. I’m still so grateful.

Are there any artists on your “to do” list that you haven’t worked with just yet?

It’s not necessarily about who is on my song for clout. It’s about who can kill one of my songs, who makes my music better. You have to add value, just like I have to add value. However, I would love to work with Chronixx, Ed Sheeran, Sia—my list is long. You know what would be great? A project with Diplo and Major Lazer.

All photos by TSE.