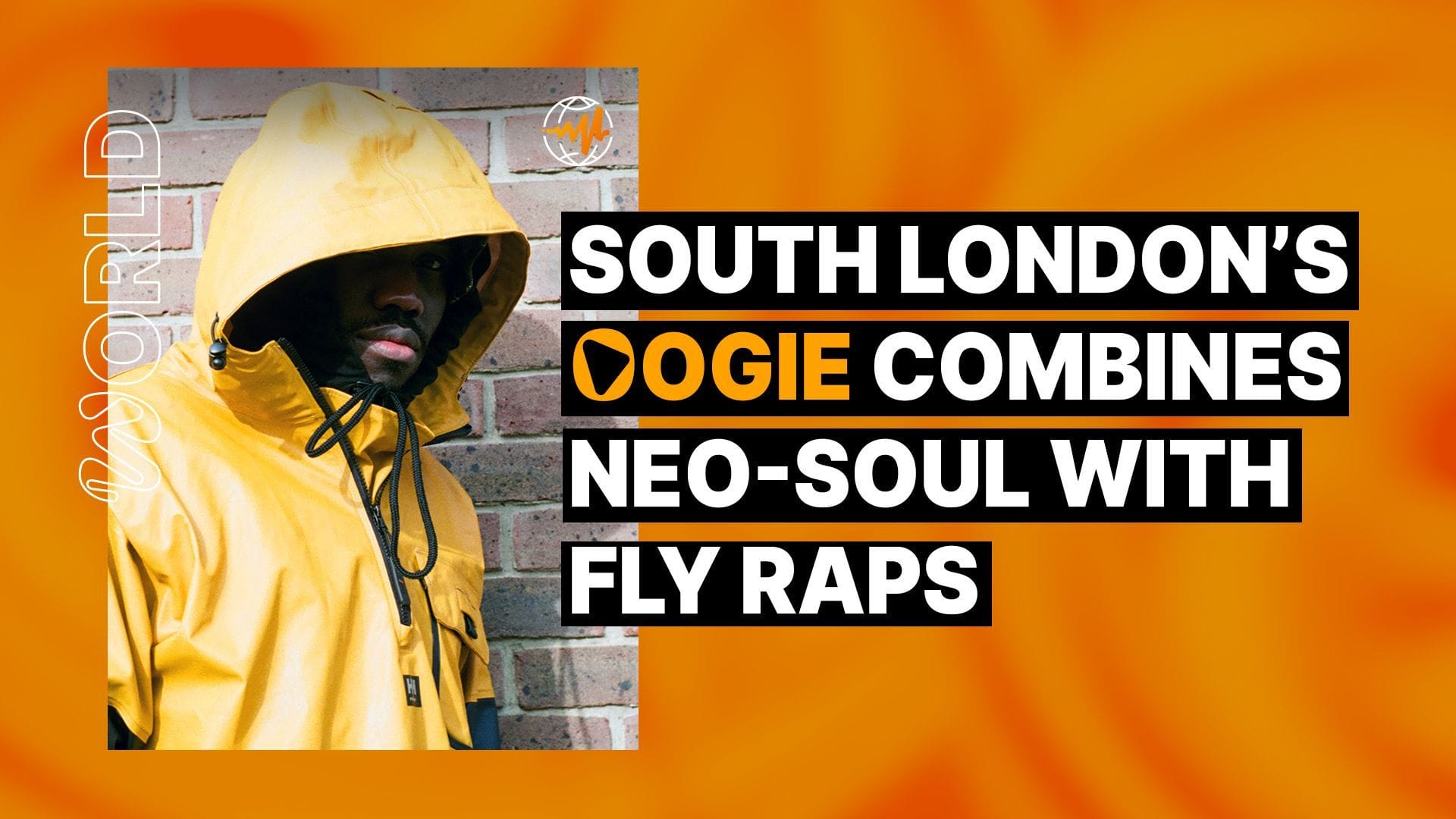 Hailing from South London, oogie’s voice boasts the kind of squeaky smooth timbre that’s positively intoxicating. A student of King Krule and Earl Sweatshirt, oogie’s vulnerable writing and ear for neo-soul combine into effortlessly fly tunes. With his debut project, somehow it makes sense, we see the “social loner” coasting atop waves of eclectic production. Lead single “try” features dotting vocals, while opener “vague” sets the stage for oogie’s crumbly voice and effervescent hums. His portrait of South London pops, even at its most painful as on “inside.”

oogie cites the working-class area as a vehicle for family structure and recalls car rides to church with his mom, who played Fela Kuti in excess. Her ear got oogie interested in the foundations of music, which grew into an appreciation for art with substance and a penchant for freestyling on the streets and in studio sessions.

Endearing himself to listeners through vivid coming-of-age portraits, oogie jokes he is something of a split personality. “I’m a bit like a 13-year-old and a 40-year-old in the same body. I have this giddy, playful energy,” he says. Putting massive effort into self-reflection and bringing that back into his music, music is oogie’s sanity. It keeps him calm, helps him through his day-to-day thinking, and though he’s still working on self-love, making music is a big part of keeping his mind right. 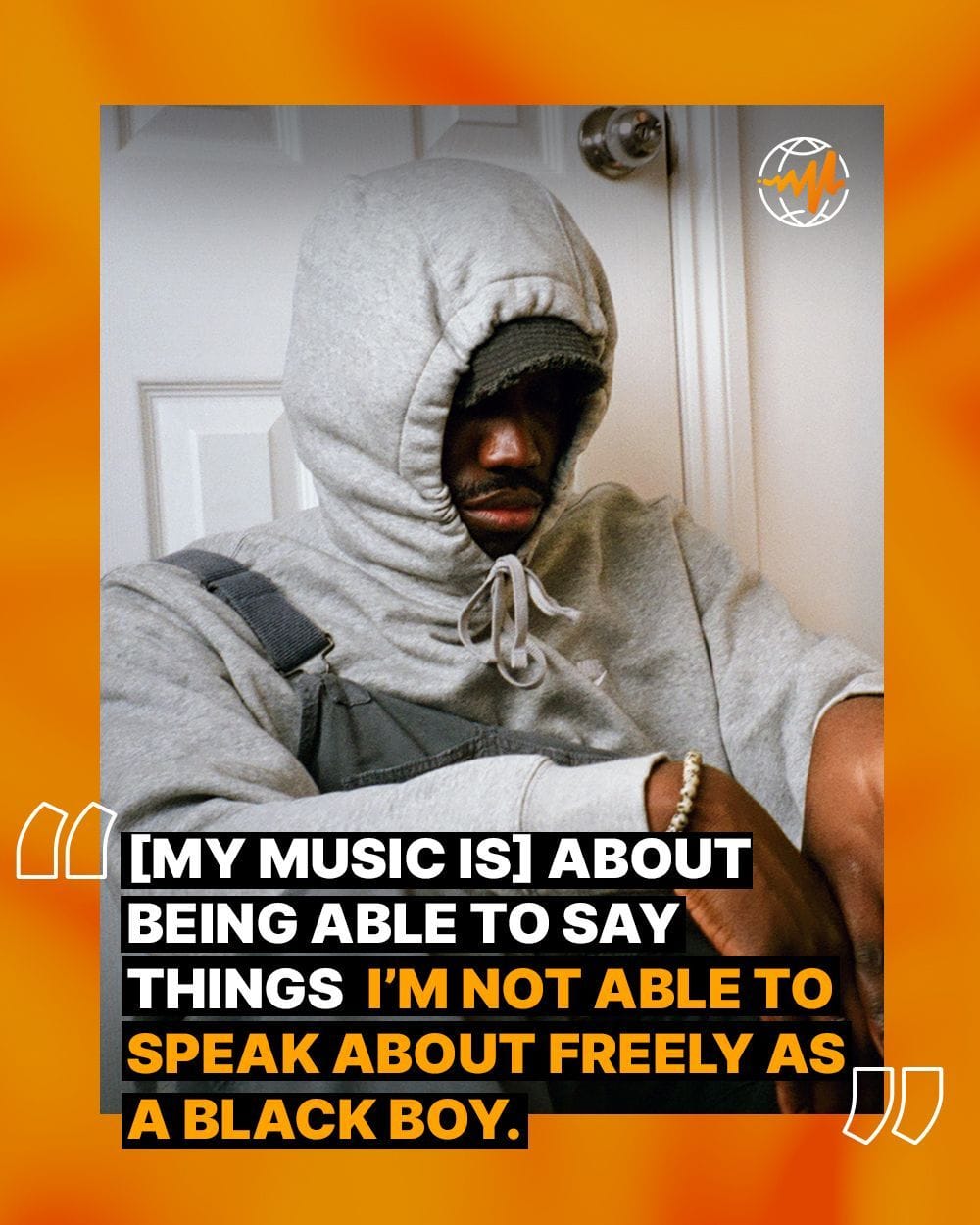 Let’s start with South London. How did growing up there shape your worldview?

It’s a bit of everything. You’ve got all the crazy stuff you have in working-class areas, but then you also have a lot of family and everyone knowing each other. It feels very small, but South London is such a big title for the area. Everything breaks into tiny little spots, and everyone’s family to each other. Everyone’s big on church, knowing each other, and music from Africa.

What prompted you to start making music?

My mom, to start off with. On car journeys to church, she’d always play R&B and music from Fela Kuti. She had a really good ear. As I got older, it was more being in London, which is a hub of creativity. Everyone’s doing something.

How did you find your confidence?

Radio freestyles, freestyles in studios, in school. Everywhere! London, wherever you go, if there’s a crowd, at least three or four people will be musically oriented. It’s not hard getting practice [making music]. I didn’t step into a studio for a long time, but I already felt like I had a lot of practice from being on the block. That was enough.

My friend put it pretty well: I’m a bit like a 13-year-old and a 40-year-old in the same body. I have this giddy, playful energy. But I also have this side where I need to be to myself. I can’t create unless it’s a very small space—I’ve got to be serious. It’s pretty much just me, my guy, and another person. I get my energy from being able to self-reflect and think by myself.

You manage to sound very fly while also being vulnerable. How do you strike that balance?

It comes from the music I like to listen to. By the time I got to 13, 14, I wasn’t really interested in listening to music about nothing anymore. People like Earl Sweatshirt, King Krule, Joey Bada$$, Giggs… All these guys really dug in. I connected with their stories and was able to listen to them over and over. I was hearing things I was going through. That only happens when you’re open. I want people to connect with me, that’s why I try to be as open as possible.

What is oogie’s music about?

It’s about being able to say things I’m not able to speak about freely as a Black boy. There’s a certain face and vibe people like myself have to carry to get through certain situations. With a mic, it’s almost like therapy. You can unwind a lot of things that’s been stacking up. That’s what it’s about: release pent-up energy.

How does making music help you face yourself as a person? How does it help you grow?

Without music, I don’t think I’d be able to move around with a smile on my face. If I’m not able to let that side out, I don’t think I’d feel comfortable in my day-to-day. I’d have broken down by now. There’s a lot of personal stuff, family stuff, friends doing things they shouldn’t be doing… [Music] has helped me to be calm.

somehow it makes sense is “a project born from anxiety, family, and self-love,” per the press release. What drove you to make this project, with all these intersections?

How does oogie express self-love?

I’m still working on that, man! I’ve got a lot of growing [to do] in those areas.