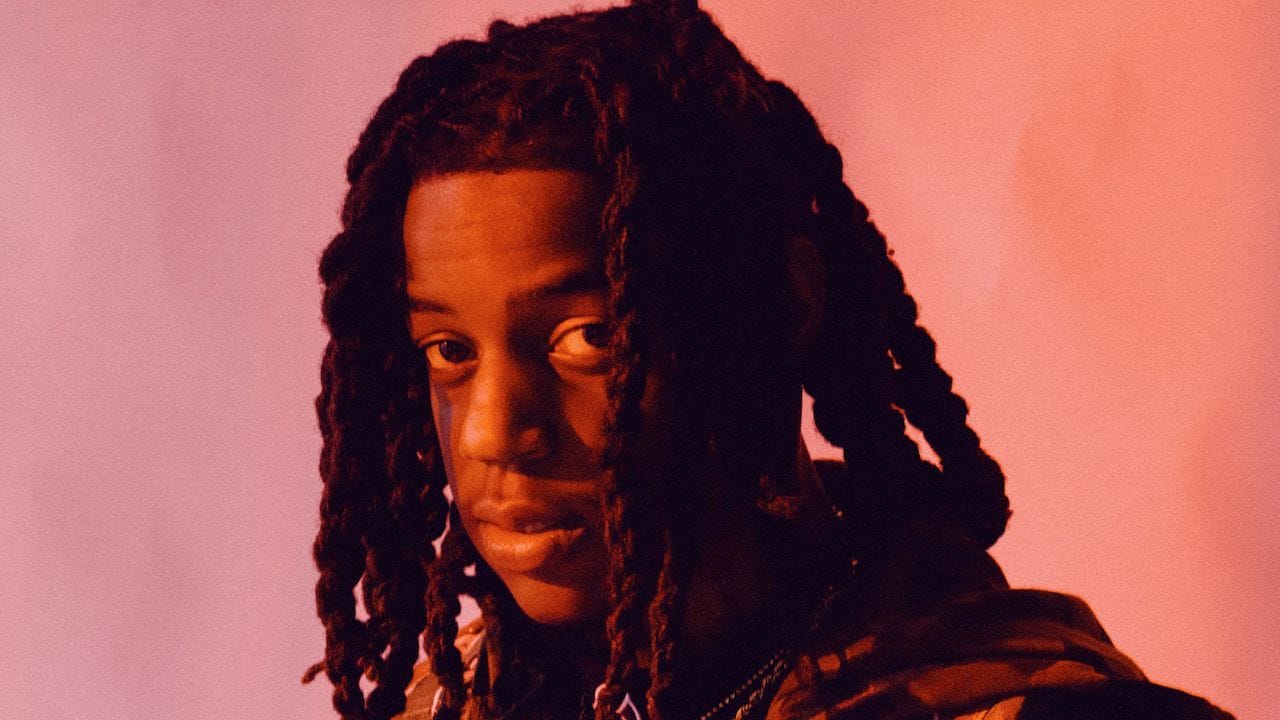 Since the release of his breakout single, “Lay Down,” in 2016, OMB Peezy’s ear for melody and his raw stories of growing up in Mobile, Alabama, and Sacramento, California gained him a strong foothold within the attention economy at the intersection of Southern and West Coast rap. His buzz has led to over 40 million streams on Audiomack to date, and earlier this year, garnered him an invitation to tour with Rod Wave. Unfortunately, the tour wouldn’t get very far before the coronavirus pandemic began forcing America into lockdown.

With 10 shows suddenly canceled and the world around him quickly changing, OMB Peezy had to act fast. “It affected my hustle for real,” he tells me over the phone. “I ain’t one of the highest streaming artists, so I was making a lot of show money, and then the shows stopped.” This inspired him to hit the studio even harder and create what would eventually become his In The Meantime mixtape.

Produced entirely by longtime collaborator DrumDummie, In The Meantime is Peezy yet again bringing us the corners of Mobile and Sacramento to life. It’s also meant to bridge the gap between his 2019 sophomore album, Preacher to The Streets, and his forthcoming album, Too Deep For Tears. Not even a global pandemic can keep OMB Peezy from leaving his mark.

You were on the road with Rod Wave when COVID-19 started to pick up steam back in March. What was the atmosphere like when the tour stopped?

I ain’t gon’ lie, I didn’t take it serious because I didn’t see it firsthand. Everybody was still showing up to the shows, and the whole tour was sold out, so I didn’t think about it. If they weren’t stopping shows, then how bad could it be?

When we was in Baltimore [on March 12], we showed up for soundcheck, and they told us they canceled the whole rest of the tour. 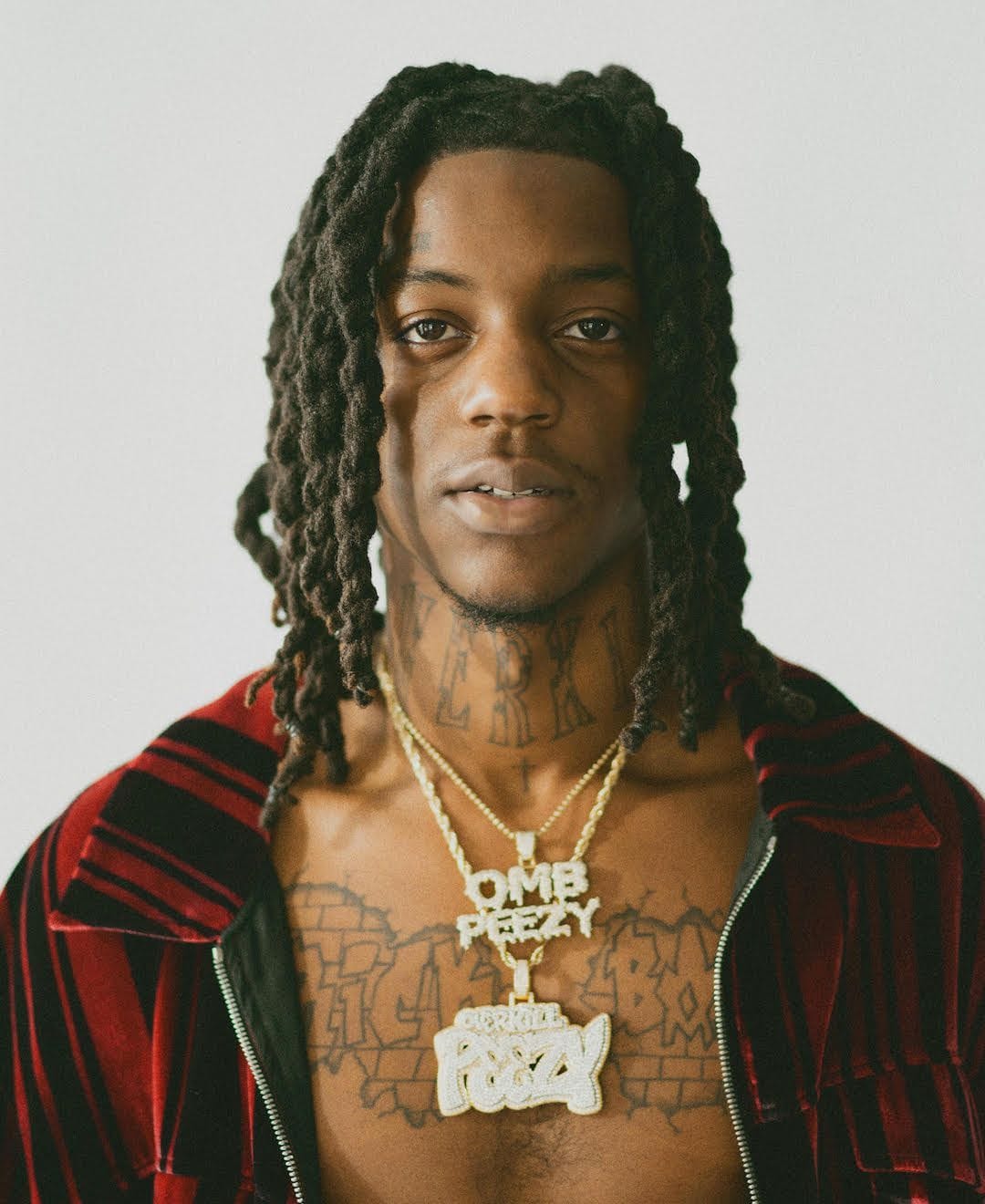 How, if at all, has COVID affected your creative process since the tour cancellation?

To be honest, if it affected anything, it affected my hustle for real. I ain’t one of the highest streaming artists, so I was making a lot of show money, and then the shows stopped. I dove into the studio more and went harder with it.

You released In The Meantime shortly after this. Talk to me about putting it together with DrumDummie.

Me and him always had that chemistry from my first song I dropped. I always looked at us as a duo, so it was inevitable for us to do a whole tape together. I wanna do more tapes with him. I look at us on some 21 Savage and Metro Boomin type shit.

What is it about DrumDummie’s beats that speak to you?

It’s the instruments and the soul. Coming into the game, people always said I was an old soul and calling me a young OG and all that. Them beats got the soul in them. They be talking to me. The beat make the song, if that makes sense. I don’t know what I’m gonna do until I hear a beat, so it’s gotta be a beat that’s gonna talk to me. DrumDummie’s beats got voices.

In The Meantime’s closing song, “Face In The Sky (R.I.P. Granny),” in particular, is gripping. What was your relationship with your grandmother like before she passed away?

My mom and dad used to drop me off at my grandma’s house as a kid. Me and my brother came up under my grandma. She was like a mama and a grandma. I’ve got endless lessons she taught me about life, but as far as the music, that’s stuff I’ve lived. She influenced my reactions to things, so I guess she’s influenced my music. She made me who I am.

You just released a remix to “Big Homie” with Jackboy and King Von. What was your favorite part of creating the song with Jackboy and Von? [Editor’s Note: This interview was conducted prior to the passing of King Von.]

I fuck with King Von. He and Jackboy are my niggas. I don’t be looking into doing too many features, but they were easy to work with. I feel like it was the vibe. They don’t got no big-head vibe or an artist type vibe in that sense. They’re both genuine people, so it was easy to get comfortable around them. It’s hard to work when it’s hard to get comfortable around people.

Is that why you’re not big on features?

It’s really more the connection for me. I’m telling a story. I don’t look at myself as a rapper. I look at rappers as people who follow waves. But you see stuff when artists rap. So I just be trying to tell a story, and I don’t feel like a lotta rappers fit into my story. Unless I’m on some “I really fuck with them” or some “Their verse would add to the story.” I’m not on that “I need this feature and this feature and this feature.”

I’m trying to paint a picture. I wanna tell my story and have my fans fuck with me because they genuinely fuck with me before I get too big. When I get to where I wanna be, then I’ll do features because I already got my core fanbase who feel me before I reach the masses, so I can go back to them. That’s just my logic.

What would you say is the OMB Peezy story? What picture are you trying to paint?

It’s a long story. I gotta tell it in equal increments. If I get to telling you the story on the phone, I’d be telling you until the day I die. But it all started in a U-Haul van.

With your next project Too Deep For Tears around the corner, what else can fans expect from this chapter of your story?

I don’t want people to look at the title and think it’s gonna be all sad songs. I do got some shit for my core fanbase. They’ll know what I’m talking about when the time is right.