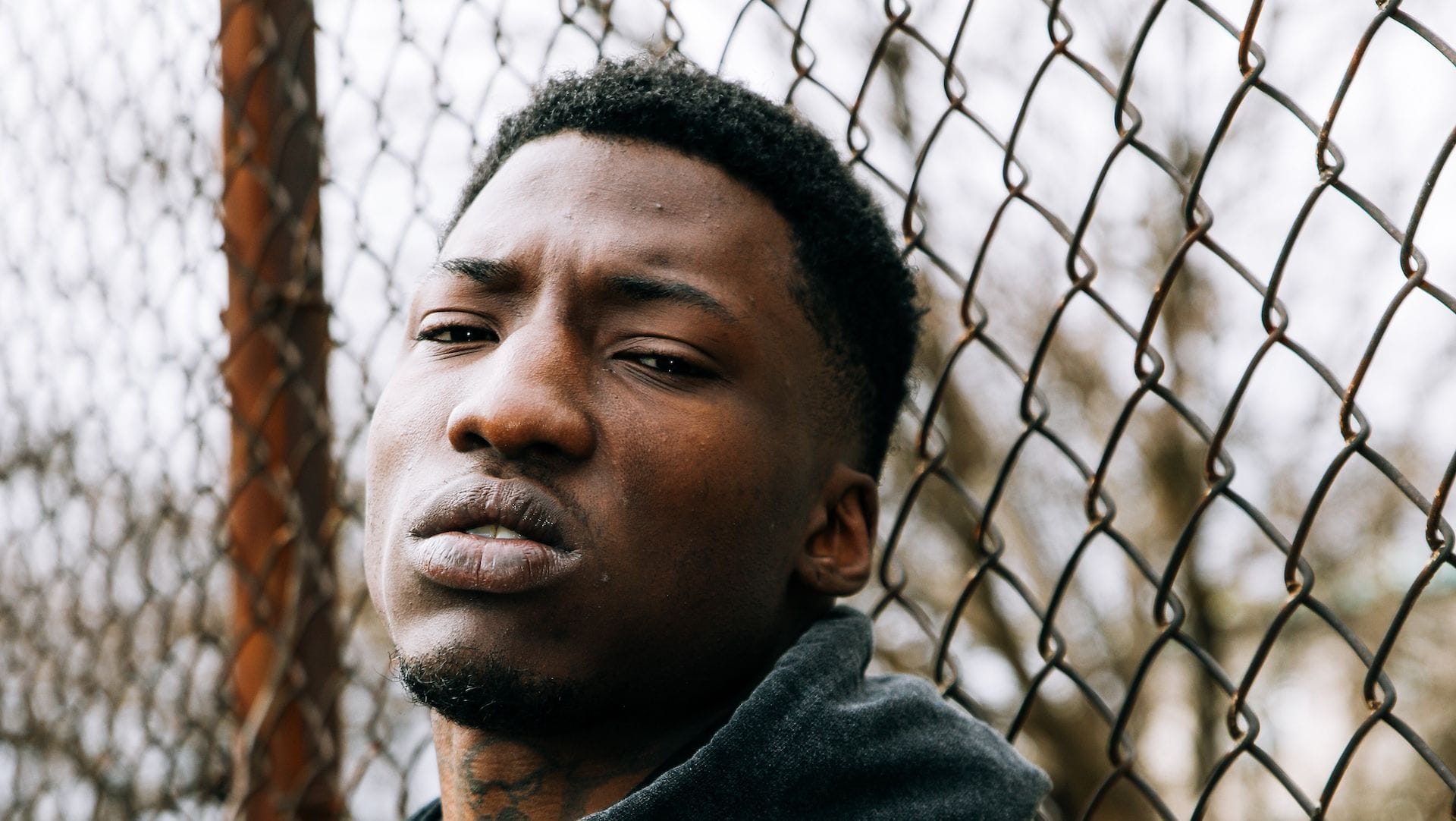 No one sounds like Atlanta’s Ola Runt. The 23-year-old rapper has a vocal texture so out of this stratosphere, it’s difficult to put into words how he strains his voice and delivers his hard-hitting bars. Listening to his music, you’d think he was an alien. Except, for Ola Runt, it’s all-natural. Ola, which stands for Only Love Ammunition, stretches our understanding of trap music, redefining it for a new generation of artists looking to make it out of Atlanta.

Ola Runt began his love affair with hip-hop early listening to gangsta rap in his father’s car. The speakers were primed for deep bass grooves and hard-hitting bars, which impressed themselves upon Ola. It wasn’t until he landed in jail that he began to take rap seriously, getting positive feedback from his peers and promising them that when he got out, he would give the rap career a true go.

Hip-hop helped Ola Runt get his life together. As he tells me, it keeps him out of trouble and helps him channel his creativity. When he steps into the booth and hears a fresh beat, the bars come pouring out. His second project of 2020, Beggin For A Body, is 50 minutes of gruesome storytelling and incredible vocal tricks. Menacing production choices build a hazy atmosphere for Ola to spaz over. Every track Ola Runt touches has the potential to be a cross-regional hit.

While Ola Runt isn’t content with his place in rap just yet—he’s enjoying the come-up, but knows he’s still got work to do—he sees himself nabbing hits, awards, and changing lives in his community. A man of the people, our conversation, lightly edited for content and clarity, follows below.

When did you first fall in love with rap and what drove you to start making music?

I never really tried to rap until I turned 21 years old. Never rapped for real. I had recorded just joking around, but I only rapped when I was in jail. I rapped to pass my time, but I never really took it serious.

What made you start taking it seriously?

Once I was in prison, the feedback I was getting from people. They kept saying I should really do it, because I’m really having conversations. A lot of people really could relate to what I was saying when I would rap. They would feel my music. I gave a lot of people my word that I was really gon’ take it serious when I got out. And, it keeps me out of trouble.

How has Atlanta influenced your art?

It motivated me! A lot of people from my city have made it in the hip-hop industry. They changed their lives and their generations. I see the benefits that come with it, and I also see the cons that come with [success]. I use their success as motivation. I wanna be successful without using them, too. I wanna make a name for myself without using other rappers from my city. 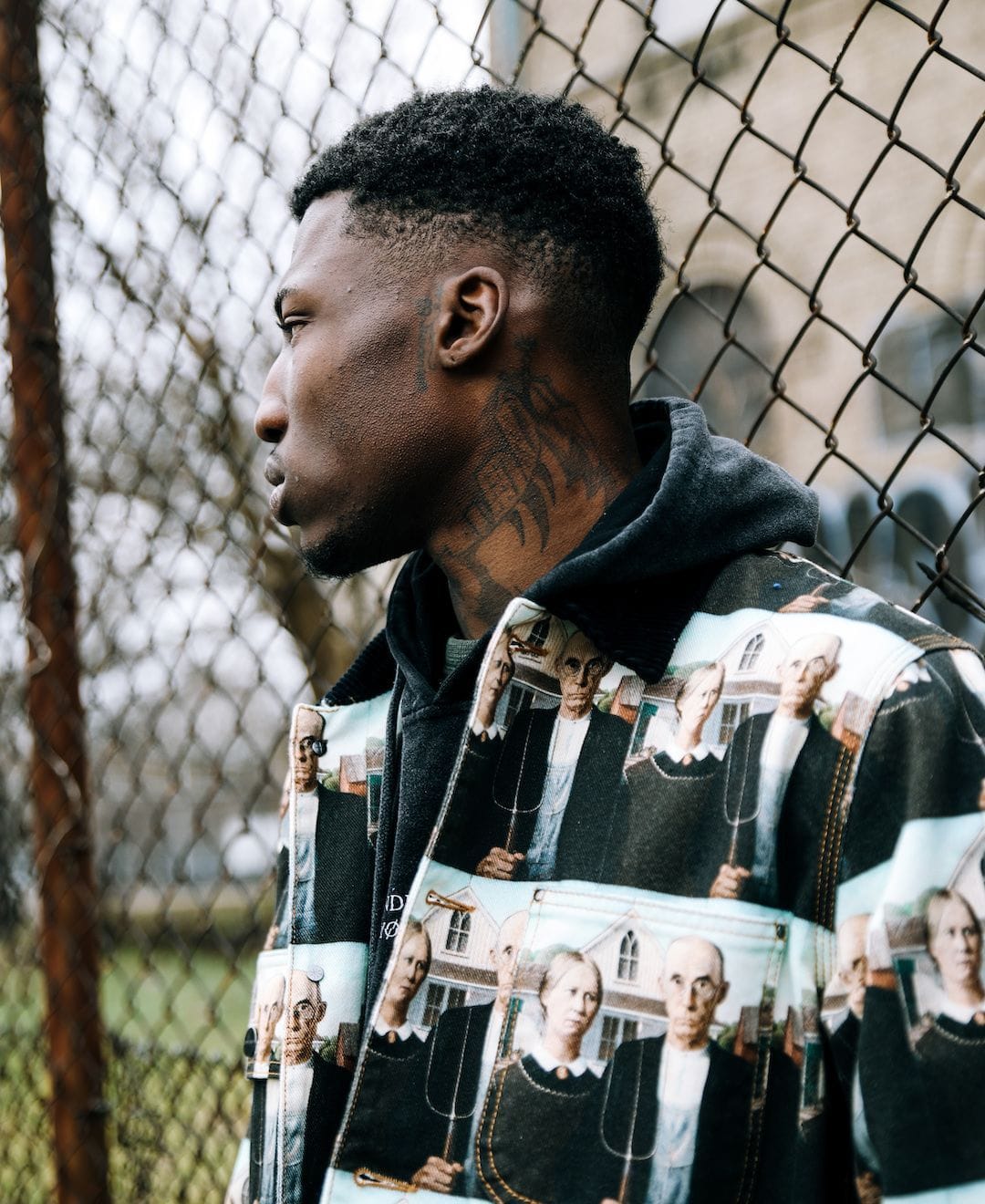 What’s the hardest lesson you’ve learned in your career so far?

Gotta watch how you respond… I’m bigger now, and the bigger you are, the more power to your songs. I really gotta watch what I say now.

What sets you apart as a rapper?

I just do stuff different. I came up different. I am myself. I came out my own way. I didn’t do no dick riding. I told a lot of artists I didn’t need them. I let people know they weren’t gonna stop me. I didn’t have no machine behind me. Wasn’t no label or nobody helping me. I got myself poppin’ in the streets. The streets helped me out. I had to buy my own shit, buy my own studio, put my own shit on WorldStar. I came from the bottom with this shit. I just do. I seen my vision. I stayed down.

You’ve said in the past you freestyle most of your music since being released from jail. How naturally do your bars come when you’re in the booth?

What’s been the best part of your come-up?

The unity I’m bringing back to my neighborhood. The smiles on people’s faces when I come. I be away from home in California, and people notice who I am. That motivates me to keep going. I be in New York and somebody notice me? The farther I go from home and people still know my face, that makes me feel like… Damn! I wanna get bigger and bigger. I wanna one day go to goddamn Italy and be known.

I look at other rappers and I look at myself and I don’t be feeling it, yet. I don’t feel like I made it. I still got a lot of work to put in. I ain’t where I wanna be. It feels good to just be going up.

What impact do you want to make on hip-hop?

I wanna be remembered forever. Historical. Legendary. I wanna have a lot of hits. I wanna see how far I can get, how many hits I can make, how many awards I can get. I wanna take this as far as I can take it. Every day, I been working so hard. My next project is called Harder To Kill.

By Donna-Claire Chesman for DJBooth. Photos by Sam Conant. Read about Ola Runt and other rising rappers in our May edition of 10 Rappers You Should Know Right Now.