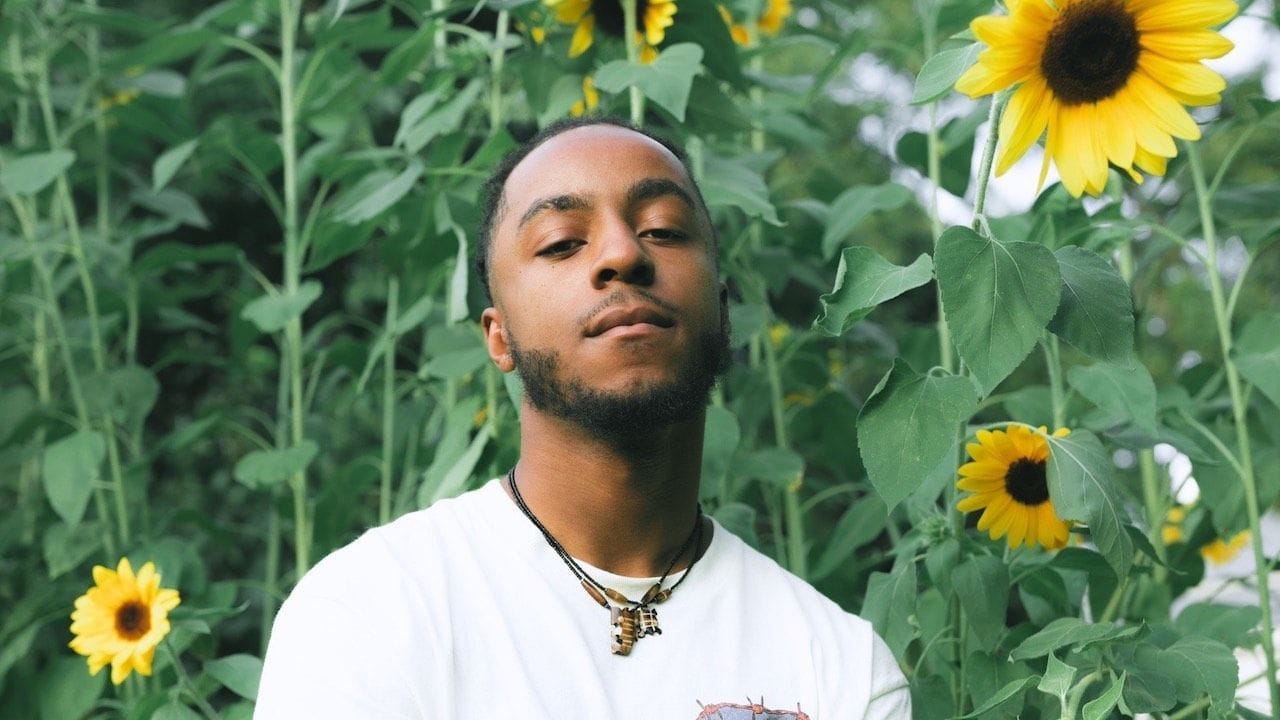 OG Spliff creates without borders. Though he was born in southern New Jersey, the rapper born Clifford Owens and his family moved to North Carolina early on in his life. Music always lingered in the background; his father was an avid fan of house music, and his mother played rap from The Notorious B.I.G., Fat Joe, and G-Unit. This mix of influences had an effect on Spliff, who came to notice North Carolina’s unique influx of different rap sounds.

“It’s in the middle of a lotta shit,” OG Spliff explains to me over the phone in reference to his NC hometown. “It’s kind of a melting pot of a whole bunch of different sonics. The fact that we didn’t have a whole lot of people to look to other than Petey Pablo and Little Brother forced me to dive into other realms.” Sounds from Atlanta and California pushed Spliff to forge his own path within the Winston-Salem music scene.

OG Spliff’s music is boundless in its range. He’s dropped six singles and a two-track demo EP over the course of 2020. The murky flutes and drums of “Murakami” sound nothing like the crisp shuffle and guitars of “GO!,” which differ from the interstellar atmosphere of songs like “WAR” and “LUV ME.” Spliff’s booming voice ties the music together, which has a gravitational pull fueled by anime and deep reflection.

Spliff’s hard at work on his forthcoming EP Pre-Roll, which, as its title implies, is the setup for a new full-length. As excited as he is to drop a new project, the handful of singles he’s released in 2020 are part of a larger strategy to keep new fans engaged through rolling COVID-mandated quarantines. “I don’t wanna lose songs in-between because I love every song I make,” he explains. “I wanna make sure [each song] gets the full attention it deserves.” 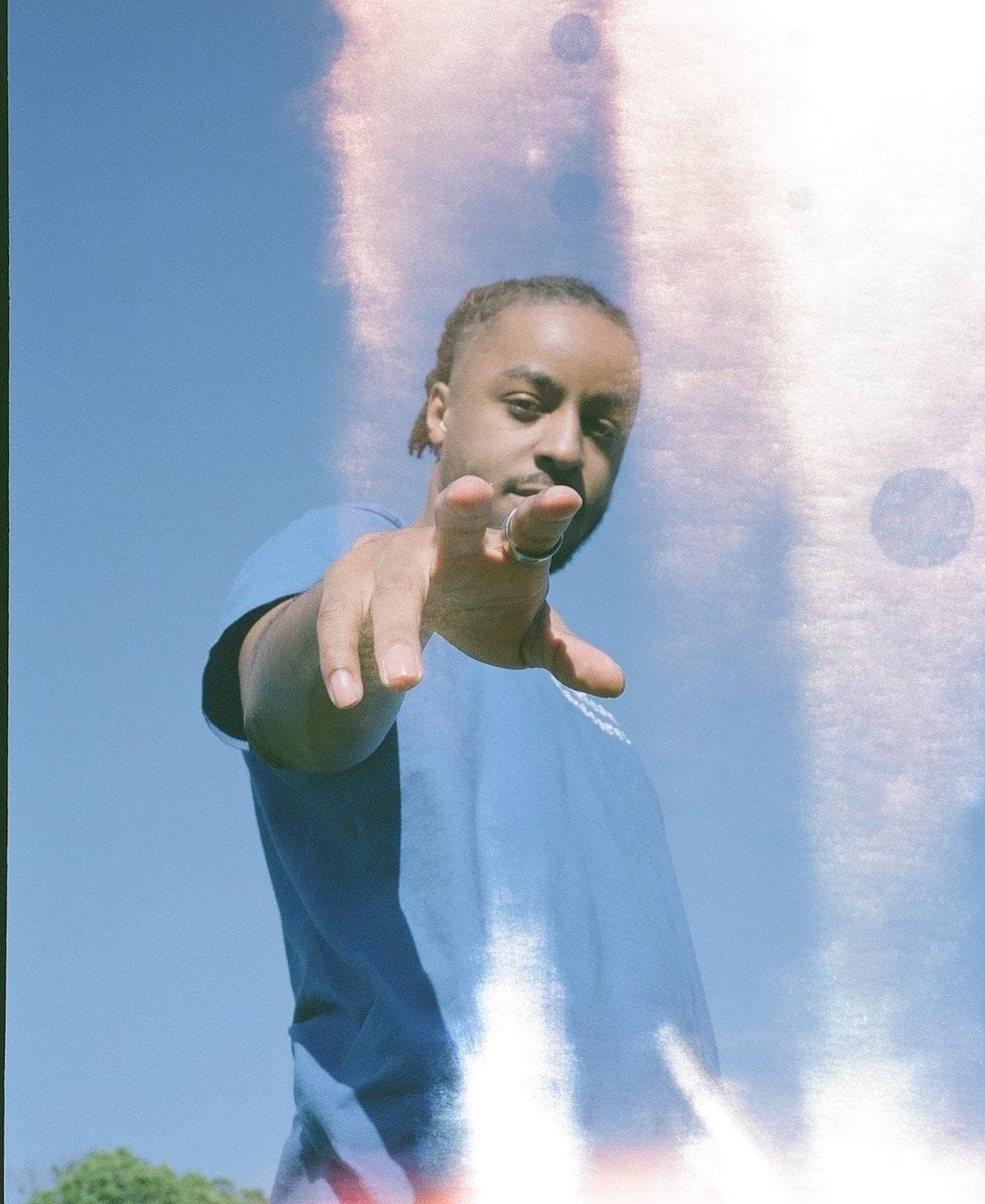 North Carolina has bred stars and notable names from J. Cole and DaBaby to Little Brother and Mavi over the years. How has North Carolina, and the Winston-Salem area, in particular, informed your style?

It’s in the middle of a lotta shit. We get a lot of Atlanta influence, and a lot of people move from up north. It’s kind of a melting pot of a whole bunch of different sonics.

The fact that we didn’t have a whole lot of people to look to other than Petey Pablo and Little Brother forced me to dive into other realms. I was really into N.W.A and MF DOOM for a long time when I was coming up. The fact that there’s not a certain sound here lets me do whatever I feel.

I used to wish NC had a sound, but then I came to fuck with the fact that we don’t. You can be Cole or DaBaby or whoever you wanna be type shit.

Your music speaks to that variety. You don’t seem to feel pressure to be any one specific thing.

A lot of people try to do the trap stuff, especially in Winston-Salem. I love the music, and I’ve worked with a lot of people in that scene, but it was more of a blank canvas, and I had these different little palettes, and I could paint however I wanted to paint.

You wear your love of anime on your sleeve. How does that inspire the music you make?

That was my thing growing up. I’m not making an anime reference every bar on some nerdcore or whatever you wanna brand that as, but it’s definitely inspired my titles and my approach to songs. I have a song called “MiTSUKi” based on the character from Boruto, and the whole song is about not being used and doing your thing. I come out with references every once in a while to let people know I’m actually watching these shits, but I get a lot of inspiration from themes in anime.

That’s an important distinction to make. For most artists, incorporating things like anime, film, etc. into their music usually stops at references.

A lot of anime, especially shonen, just tell stories about people going forward. I fuck with that shit. That shit be hitting home. Even down to the design. They make characters so you can see yourself in them. There isn’t always one specific race or feature a lot of the time. I feel like that reflects in my music. I’m not trying to cater to everybody, but I want people to be able to see themselves in my shoes or my situation.

Aside from your demo EP, Fleur De Vie, you spent 2020 dropping six singles. Has this strategy been beneficial for you?

Definitely. With singles, you can plan a whole rollout; you can shoot a video for it the same day or stretch it out after. It gives people more time to build with you and to want more in the process. Especially when you coming up, a lot of songs may get overlooked, or you might not get a visual with every song. I fuck with projects, and I’ve been wanting to drop one, but right now, I feel like the singles approach is better for me because of people’s attention spans. People dropping three projects a year, and I’m not doing that right now.

It’s a strategic move but also an artistic move. I don’t wanna lose songs in-between because I love every song I make. I wanna make sure [each song] gets the full attention it deserves.

It’s cool that you don’t feel pressure to make a body of work that will be consumed in two days and then have people asking you where the next one is.

I hate when niggas do that shit. You know how long [it takes] to make this shit sometimes? Like, this my life.

Throw COVID into the mix, and it makes concentrating even more difficult. What challenges have you faced while trying to establish a career during a global pandemic?

Obviously, not being able to do shows or travel as much. Winston isn’t like cities up north; shit closes at like 10 p.m. around here. We can’t get into the same space we used to be able to. A lot of stuff got pushed back. Overall, because I’ve been dropping content, I feel like it’s been beneficial because I can use my own backyard, and we can show people the city in a different light. The most challenging thing has just been getting to venues and trying to connect with people. I’m truly blessed this year, honestly. COVID’s slowed down a lot of things for a lot of people, but it’s allowed me to be intentional with my drops.

What can fans expect from your next project, Pre-Roll?

Definitely some crazy features from TiaCorine and Sonny Miles, another crazy artist who was featured on Obama’s 2019 playlist.

Someone described my music to me the other day as weed music that doesn’t sacrifice the lyrical content. I try to stay on some mellow shit, but I also talk about anime and police brutality and the Black male experience. I put duality in a lot of my music. It’s gonna be lit, man.