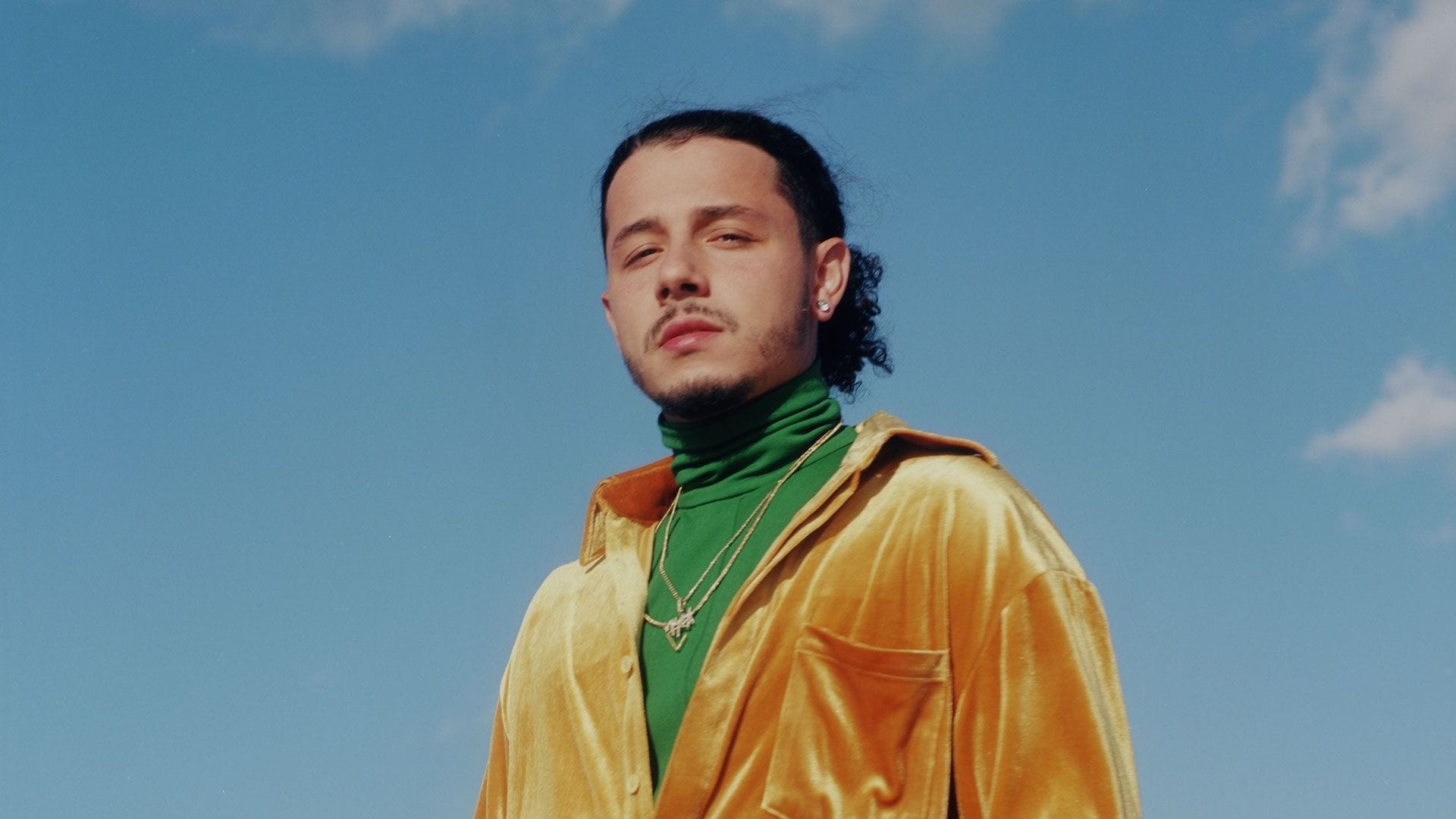 Brooklyn’s Nyck Caution has been through a lot. From his 2016 debut mixtape, Disguise the Limit, where he breaks down tales of his drug-addled Mill Basin neighborhood and deals with the passing of Pro Era’s Capital Steez, to 2017’s collaboration with fellow Pro Era rapper-producer Kirk Knight (Nyck @ Knight), he’s been no stranger to introspective raps as coping mechanisms.

In 2020, Nyck released Open Flame, a short and playful EP meant to tease his long-awaited debut album, Anywhere But Here. Well, the time is now, as the Brooklyn emcee finally drops the homegrown effort today, January 15.

With features from Pro Era’s Joey Bada$$, New York’s Alex Mali and Kota The Friend, Florida’s Denzel Curry, and Chicago’s theMIND, Nyck Caution uses Anywhere But Here to deal with the untimely passing of his father. Several tracks, including the harrowing opener, “December 24th,” detail Nyck’s wrestling with traumatic loss. Much like 2016’s Disguise the Limit, though, Nyck Caution balances pain with nimble wordplay and bangers (“What You Want,” “Bad Day”). Anywhere But Here, as any debut album should, exists as a full encapsulation of Caution’s artistry and story thus far.

Gut punch, banger, then gut punch, the real kicker of Anywhere But Here comes in the final moments of closer “Kids That Wish,” where we’re treated to a voice memo from Nyck Caution’s father. “I am telling you, as a father and as a friend,” the memo goes, “go for it. Grab it. It belongs to you… Take what is yours, my friend.” Dramatic chords play us out, likely teary-eyed. Every feat of rap engineering Nyck Caution has pulled off has led him to this emotional milestone: making his father proud. 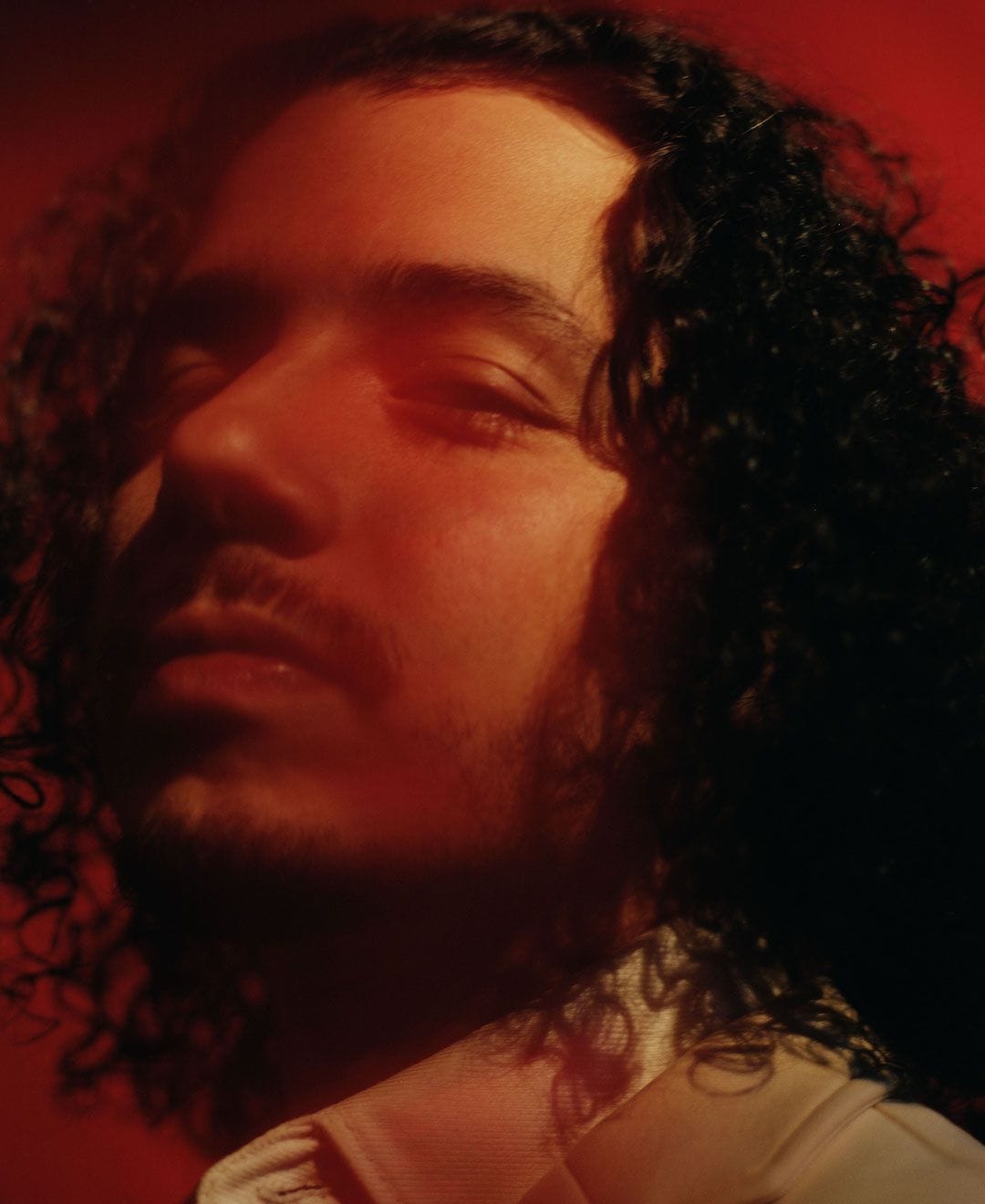 I remember when Disguise the Limit came out in 2016. It’s nearly five years later. What’s been the biggest lesson you’ve learned as a man since that initial mixtape release?

When did you first feel ready to start officially taking control and making Anywhere But Here? It feels like the life-story album, you know?

I wouldn’t say it’s my life story, but it’s my story since I lost my dad. With that being the focal point of it, it brings up childhood memories but it started with that happening. The first two songs are completely referring to that. That was the general driving motor for this whole album.

How did you write through that loss without getting lost in the emotions?

I did get emotional, but, to me, it was part of the grieving process. It helped me, putting my feelings into words. I went to therapy when I was younger, and I probably should go to therapy right now. I definitely encourage everyone to work on their mental health. But [music] helped me a lot. That’s something that’s always helped me.

When I can put [issues] into a song and listen back, it gives me clarity. For “December 24th,” it’s emotional in the beginning, but then Elbee Thrie comes in and [sings] “I feel you in the air I breathe.” Through breathing, you get to the point of acceptance. I still do feel like [my dad] is with me somehow.

The bigger purpose of my music right now is to let other people [know] they’re not alone. I know other people that have gone through this shit, and if they don’t have an outlet… If I could be that outlet for someone else? Priceless. 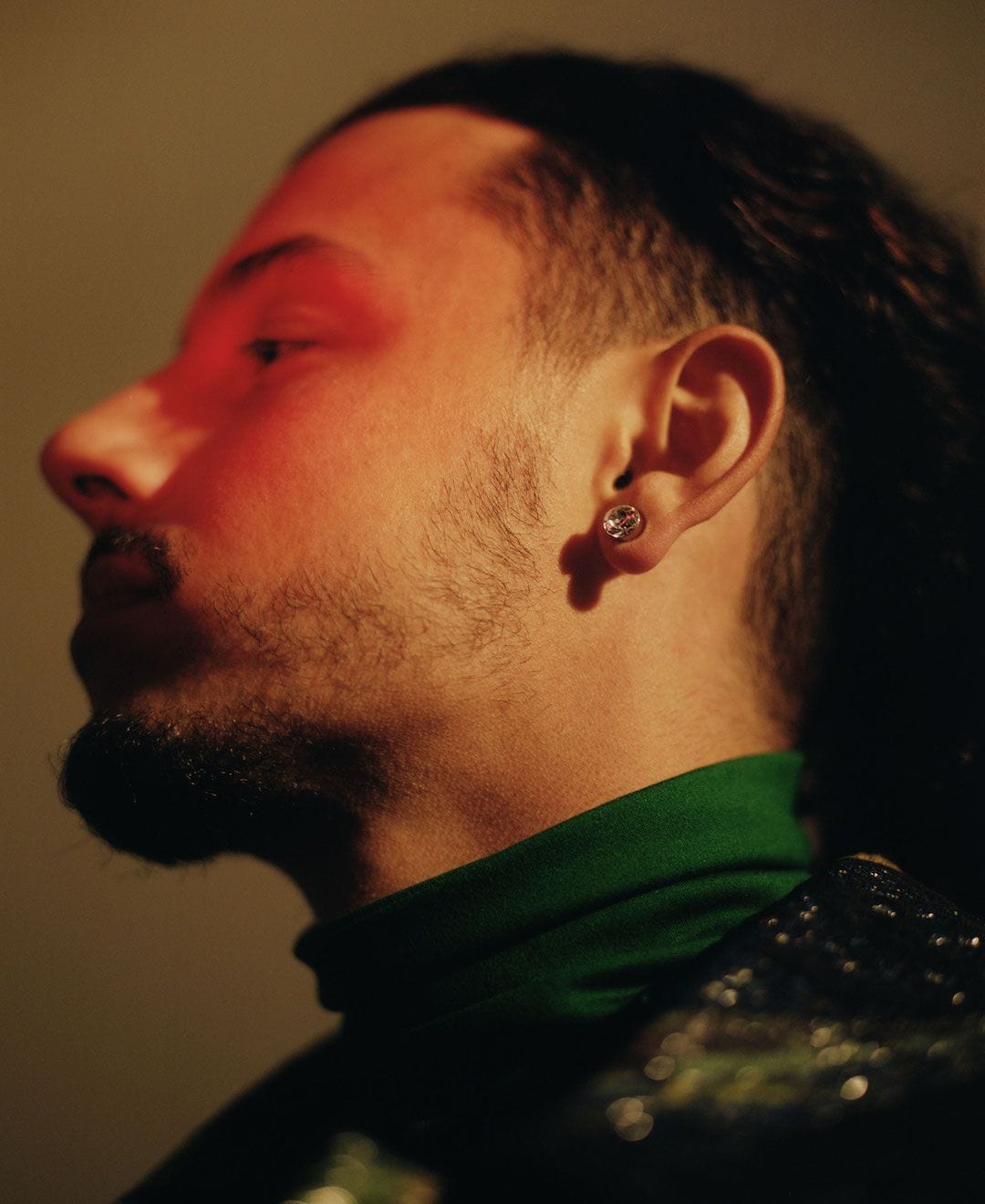 Have you had people reach out to you?

For sure! Strangers and people who are fans. Also, people I know that might know someone I know and see I’ve dealt with something in a positive way. I’m open to talking to people because it’s a tough thing. Unfortunately, I’ve lost a decent amount of people close to me. It’s tough, but you can’t let it destroy you. You gotta live harder for them. I don’t wanna be too sad, but some things have to be approached and acknowledged.

You balance the pain of this album well. It’s reminiscent of Disguise the Limit’s dealing with heavy topics. Did you return to that tape at all while making this album?

I didn’t return to Disguise. Sometimes I’ll return to it, but I never want to make the same album or same song again. [Anywhere But Here] does relate to Disguise the Limit in a way, because Disguise the Limit was kinda… Steez was the thinking behind a lot of it. Even the name! That came from Steez. That’s just the type of music I gravitate to—that’s the honest music, to me.

I can’t have a whole album of just me trying to rap well. I need something that’s the backbone. Like you said, I have these personal songs, but then it’s “How You Live It” with Joey, “Coat Check,” “Bad Day” with Denzel. These are bangers I’m gonna do live. I keep that in mind, too.

The features make this album seem like a family affair. We get Joey Bada$$, of course, Alex Mali, Kota The Friend, and more.

I do features on a song-by-song basis. I didn’t go into the album thinking I need features. These are relationships that are strong between me and the artists. I’m not paying for features or reaching out to artists I don’t have relationships with. I’m making the best music I can make, based on my relationships. So, these are all organic.

It’s important, too, because the album is so personal.

This album has a heavy influence of my dad. All the features I have—and this is a subconscious thing, too—are all people he likes. He loves Joey. He likes Denzel a lot. Even GASHI, it’s our first song together, but GASHI came to my house years ago and spoke with my dad for 40 minutes. All these features are [relative] to my dad.

Has processing this loss of your father made you more grateful for your life, knowing nothing is forever?

I was living with my dad for two years. A lot of people don’t realize what they have until it’s gone. The age-old lesson. Now, when I think back, those days were special. I was with my girl at the time. I had no rent to pay. I was a young 21-, 22-year-old traveling the world with this guy in my corner who was boosting me up every day.

I feel like I’m becoming a little more like him, you know? My dad had a lot of good qualities. I can be that for other people. I talk to my friends, and some people just need to hear certain shit. You gotta tell people you love them and give them tough love. I talk to Kirk sometimes about music, and he’s stressed. I’m like, “Yo, this shit is fire!” “Oh, you’re right. I needed to hear that.” I wanna keep that moving.

What important words would you say to yourself, in the same vein as what you said to Kirk?

Stop overthinking records! I do talk to myself, and I try to get myself out of certain headspaces. The main thing is to not hold on to so much music. Just get shit out. Keep up the work rate and don’t wait for anybody. This is your career, your journey. No one’s gonna do what I can do for myself.