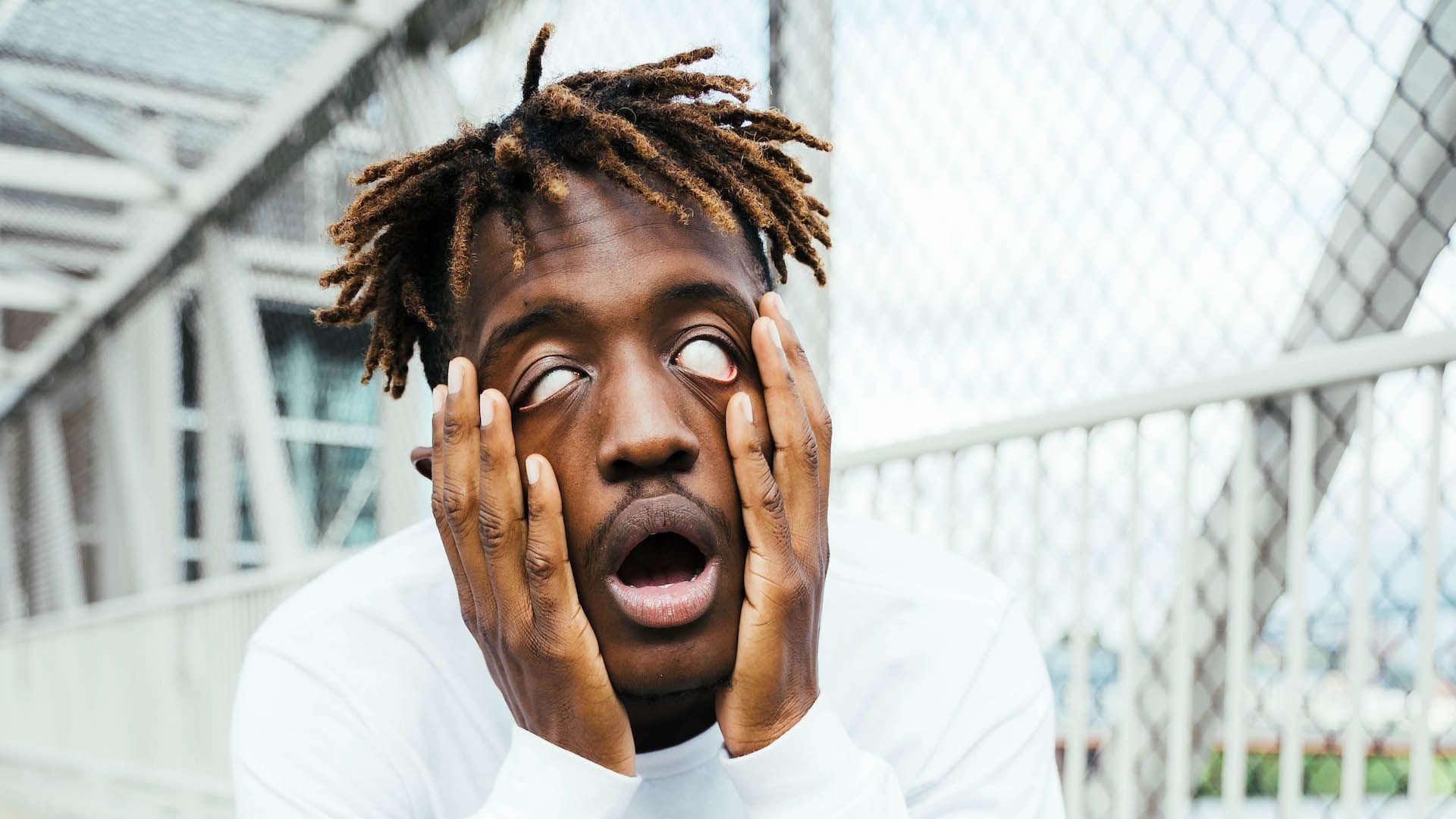 Philadelphia is known for its wide breadth of talent. Enter: NxG, the latest artist to make waves tapped into the lineage of youthful, colorful, and explosive rage we can most explicitly link back to mid-2010s Lil Uzi Vert. Except, the artist born Noah Olumayowa Ominiyi Timitope Gansallo is no imitator. Bringing pristine bars delivered with undeniable energy and piercing croons and shouts to the table, NxG is creating his own universe in the Philly creative scene.

Music came into NxG’s life early—age five, classical piano lessons. From the piano, NxG gravitated to violin, guitar, and bass, all self-taught. A lovable choir boy with teeming skills in opera singing, NxG used his youth to lay the groundwork for an expansive sound. His latest, a raucous single, “Baguettes,” feels like a natural culmination of his understanding of music theory and his Philly upbringing. “Baguettes” shines and breathes life into a dead year. NxG brags about making money with his friends, without a deal—it’s very pure.

Earlier this year, NxG released the Genesis EP, with a handful of rotating standouts like “ThatsNotMyBitch!” and “Old Me.” Genesis is a six-track riot, and a major point of growth from NxG’s more serious and heavily sung debut, In Loving Memory. NxG is a budding Renaissance man with an eye for the fine arts and an ear for deep grooves.

NxG has what it takes to be the next big Philly export, but his music isn’t obsessed with trends and taking off. He sounds like he genuinely loves the craft and the journey. What could be better? 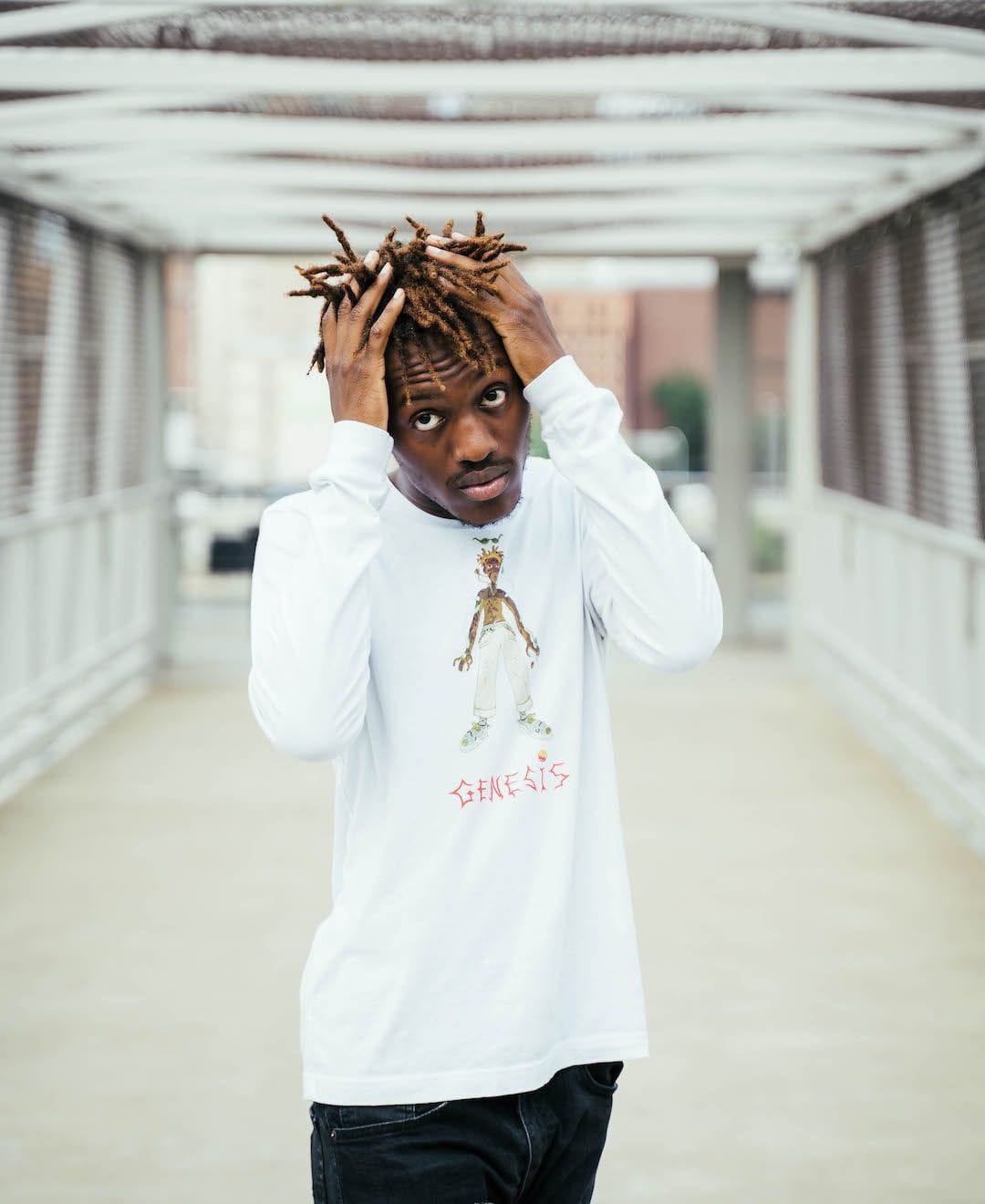 I read you started out in music at five, getting classic piano training. How did that shape you as you grew up?

The piano training was absolutely the foundation of… Do you play any instruments?

Oh, yeah! I play bass. Piano is the best instrument to learn, or guitar, because piano has all the keys, so you have everything in front of you. It’s the main jawn, and you can do everything on the piano. Piano was my foundation. I was taught in a weird manner because my piano teacher realized I had a good ear and cultivated that. So, I lack in a lot of theory, but it helps me now because I’m singing, and that’s based on my ear.

Who or what drove you to rap?

It’s a funny story because I didn’t really like rap music. I couldn’t identify, up until Earl [Sweatshirt]. I went to Made In America 2015; I took an edible—so I was out of my mind. Earl came on stage and [performed]: “Too white for the Black kids, too Black for the white.” I got chills! I was like, “How does this man know my experience?” That was the first time I saw someone like me talking about my experiences. Nirvana touched on the emotional aspect, but nobody had touched on how I was occurring in life.

I was really into Odd Future and Frank [Ocean], who I’m influenced by to this day. I got into Kendrick [Lamar]. I found good kid, m.A.A.d. city two years late. I was like, “Y’all n****s heard of this shit!?” and they were like, “Bro! You are late as hell!” I remember Uzi; I hated that. And then he dropped The Perfect LUV Tape. It was “Original Uzi (4 of Us).” That was crazy! I was sleeping, for sure. That was my foray into rap.

The reason I stopped chasing rock is because there aren’t that many Black people in rock that I’ve seen. Uzi redid [rock], in his own way, in such a way where I was like, “Oh, shit!” 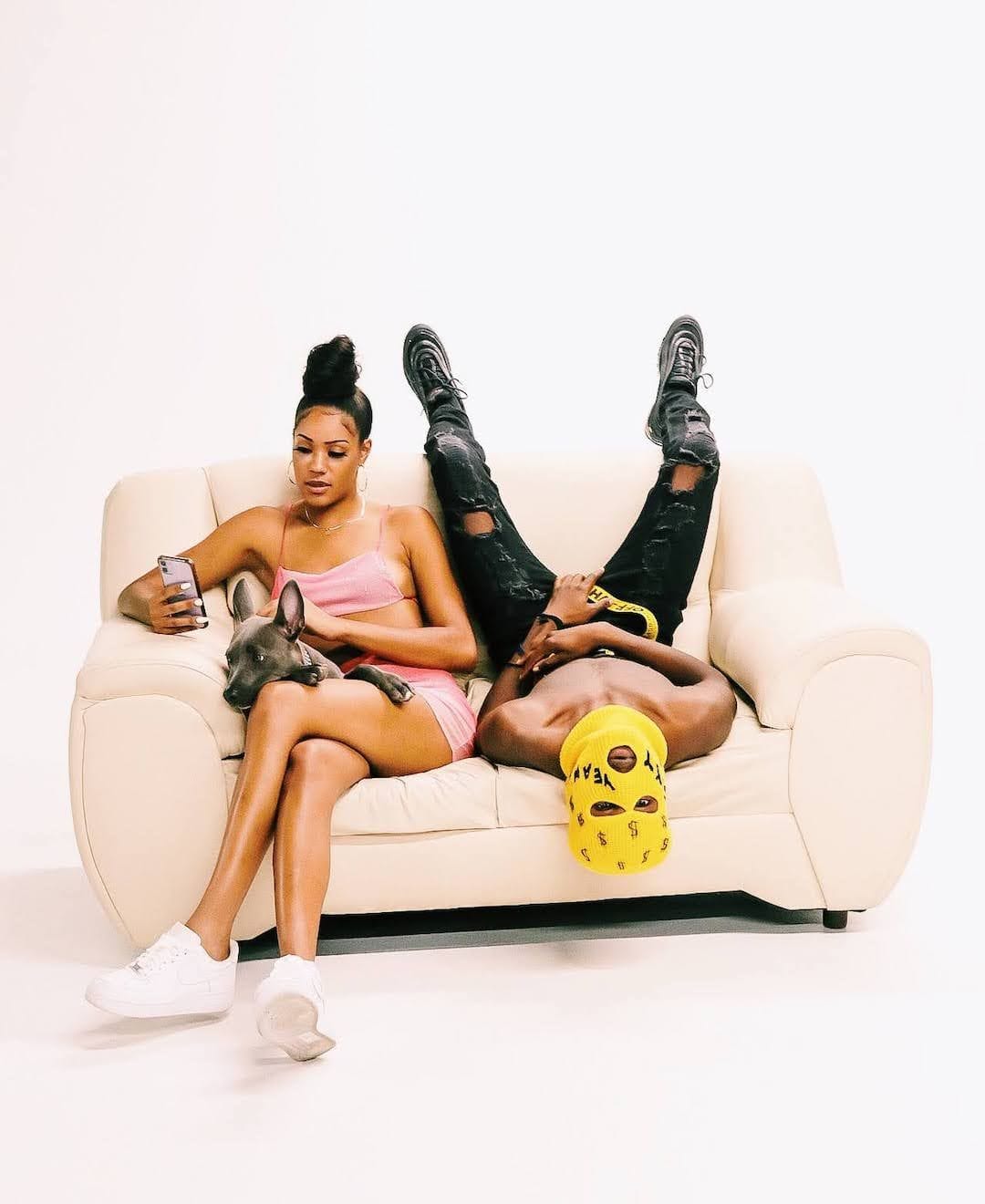 Your new single, “Baguettes,” is explosive and proves you to be a Philly standout. How does someone find themselves and stand out in 2020?

It’s just consistency. I have some great mentors who say, “Anyone can make a fire song, but can you continue doing that?” That is what is gonna set you apart. I read Russ’ book, and he was like, “I was the one who didn’t stop.” That’s what it is for me. My mom is one of the most hardworking people I ever met, so I was blessed to get that from her. If I want something, I’m just gonna go after it and set a plan. It’s this doggedness.

On “Baguettes,” you brag about making money with your friends and not needing a deal. Why is being indie important to you?

It’s personally validating. I can do this! I don’t need a label to do these things. That’s not to say I’m not interested in labels, but it’s timing. I’m vested in power dynamics, so what I was trying to get across by saying that was: I’m trying to build my leverage. I’m going to keep working on my own, and then you guys are gonna wanna get in on what I have. 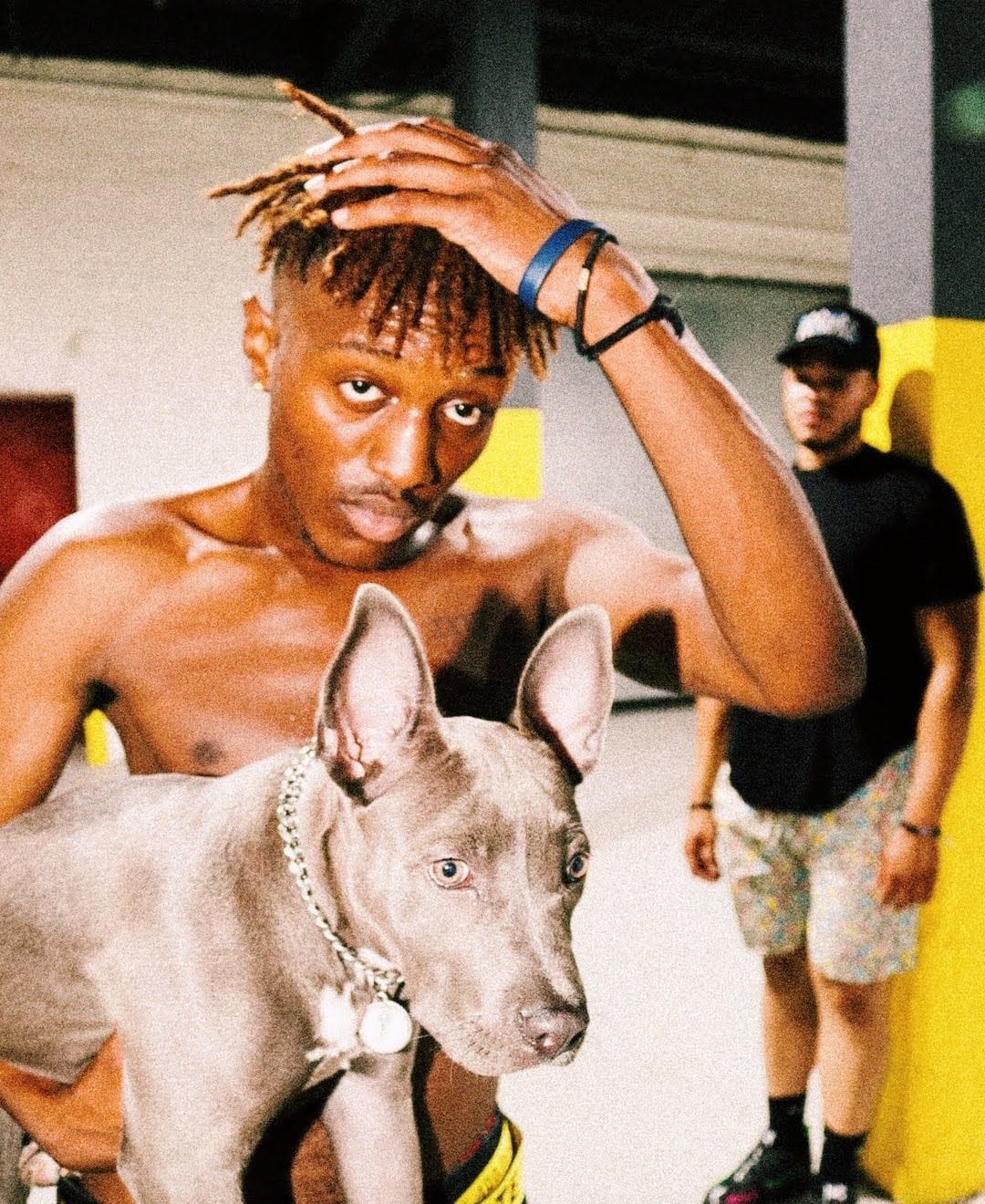 What’s one thing people wouldn’t guess about you just by looking at you?

I really didn’t intend to be here as an artist. I thought I was gonna be a computer scientist up until the end of my freshman year of university. Throughout high school, I was doing HackAThons and building apps. I was working at music start-ups. I went into my freshman year [of college] thinking computer science was it. Then, in the middle of the year, I released a project, and it wasn’t being received. I was like, “This is it, I can wrap this shit up. God, gimme a sign if I should continue this or if [music] is what I’m meant to be doing.” He actually answered!

I was in London—a lot of my family lives in London. I got back to the States, and I got a text from my boss at the music start-up job because he’s also a promoter in Philly. He’s like, “I have [YBN] Nahmir coming to Philadelphia, do you wanna perform?” Fuck yeah! This is right after “Rubbin Off the Paint.” Me and my mans, we hold the record for tickets sold for a local opener at that venue in Philly. Because we were selling so much, [the venue] put a bunch of money into marketing, and they sold out the show. It was maybe 400 people, the biggest crowd I performed in front of. I rocked it! It was surreal. After that, I was like, “Bet!” I asked God for a sign, and he showed me exactly where I need to be.

How will you know you’ve made it? What is success to you?

I’m already successful. Once one of my songs touches someone else and reminds them they’re not alone, that is success. It’s about connection, and that’s why I got into music anyway.

Broader, if I could support myself, so I’m only doing music, it would be nice, but success is about making great music and making sure it’s resonating with people.