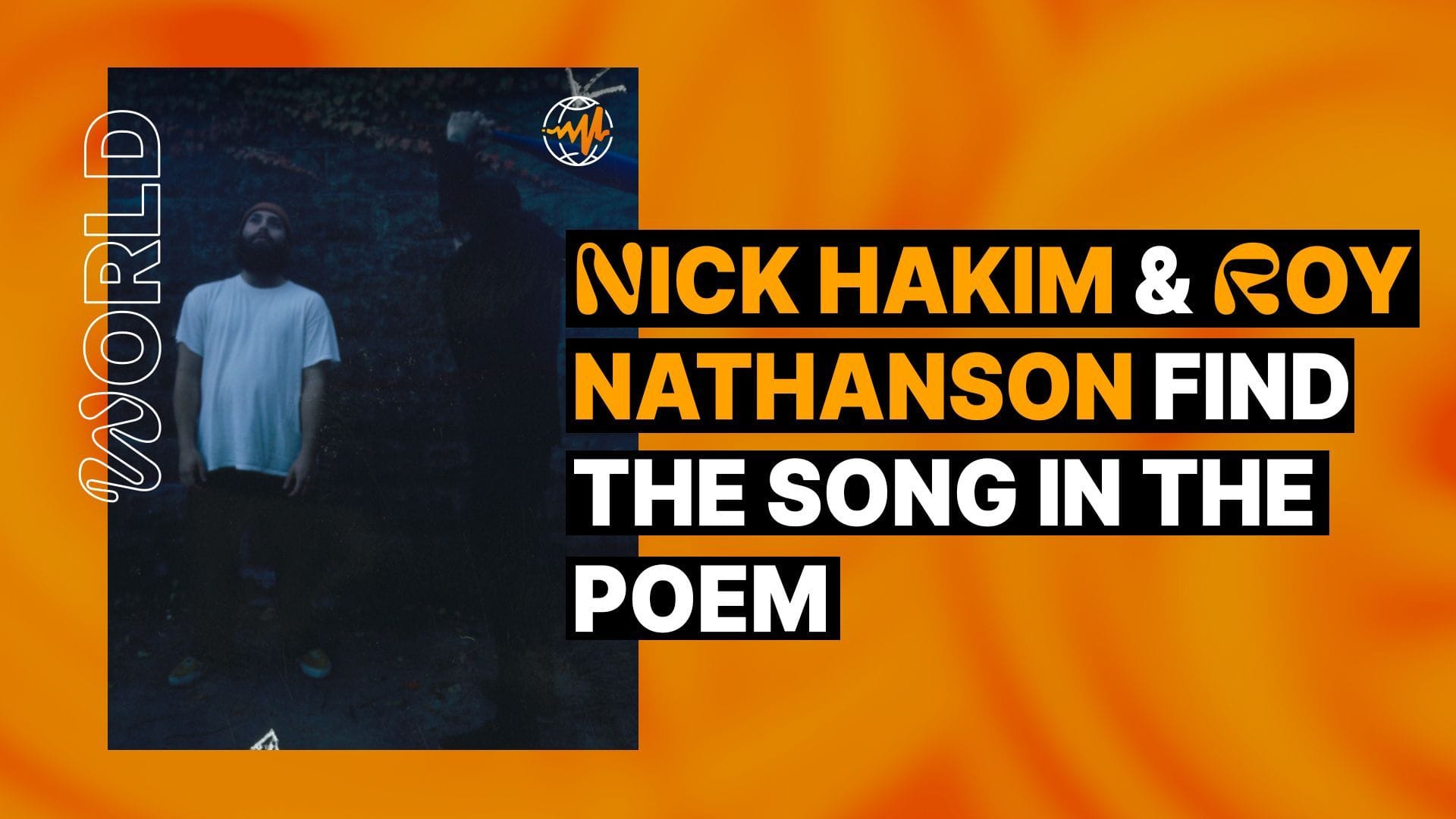 The poetics of contemporary jazz are not lost on genre-fluid Nick Hakim and the legendary saxophonist Roy Nathanson, who met at a concert in which Hakim was singing select compositions from Nathanson’s oeuvre. Nathanson, one of the founding members of foundational ‘80s jazz band The Jazz Passengers, describes the meeting as “lucky,” and true to the improvisational and porous nature of jazz, the pair’s organic introduction led to fruitful jam sessions.

The result, Small Things, a 27-minute journey along the swirls of saxophone and vocal ephemera, comes nearly a year after Hakim’s 2020 album, WILL THIS MAKE ME GOOD. Small Things, with its concision and languid emotion, speaks to the magic of jazz as the learning genre, bringing two generations of musicians together to make all-time music. And together on the phone, the pair are brimming with life. They joke and pretend they’re just meeting for the first time, while the music betrays something of a soul-tie between the acts.

Roy declares Small Things the most effortless record he’s made in his 50 years of recording and releasing music. Nick relays his experience of learning from Roy as an awesome endeavor. While they play off each other during the call, discussing the academia of jazz and feeling, Small Things takes on fresh life. Rife with crucial minutiae to parse through, built upon Roy’s incredible writing and Nick’s otherworldly voice, Small Things is ultimately about finding the song in the poem, not merely molding the poem to fit the song. 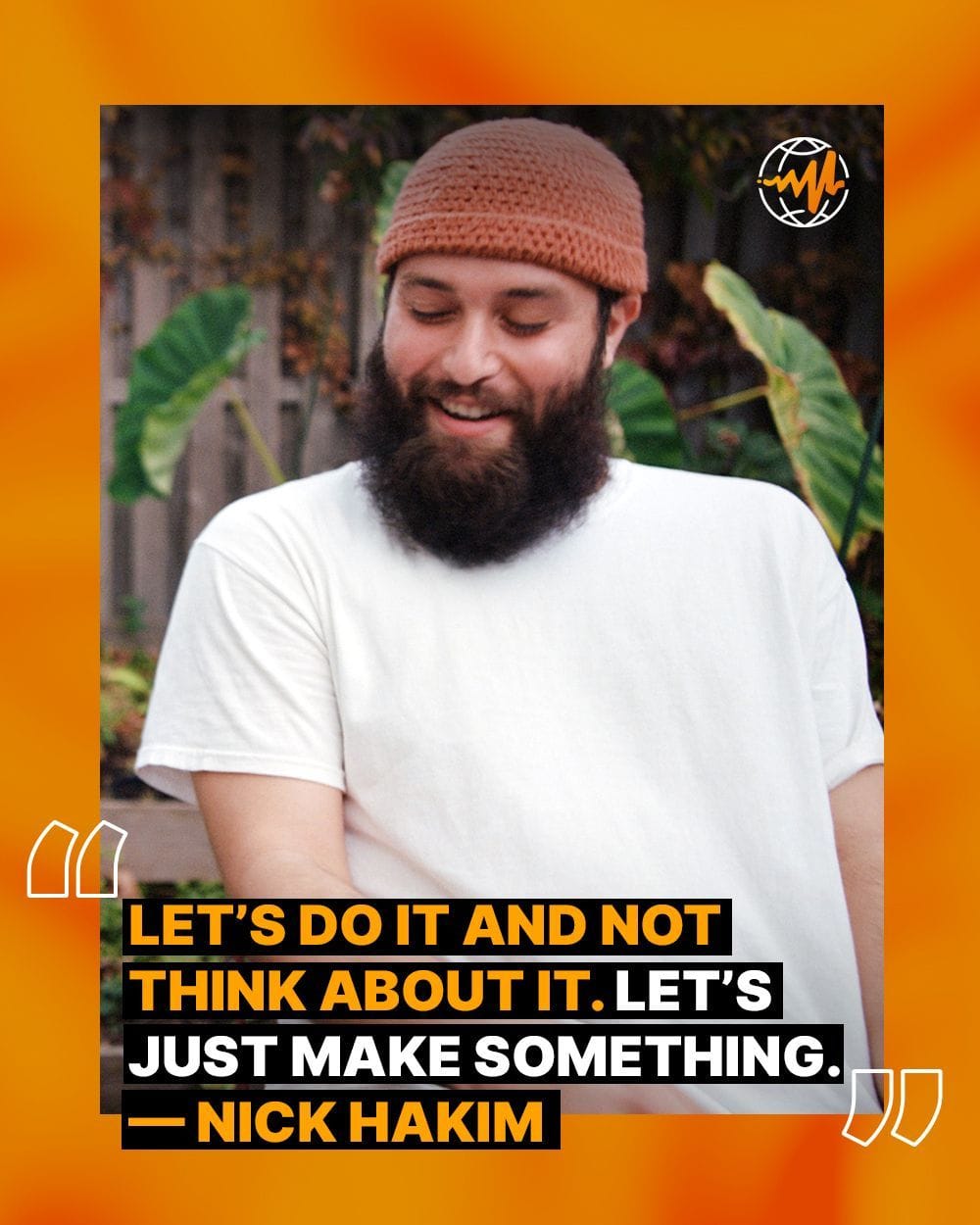 So, the myth goes Nick sang one of your compositions, Roy, at an Onyx Collective concert. How did this appreciation from Nick turn into the bedrock of Small Things?

Nick Hakim: We met at a rehearsal in Chinatown. I remember I had sung one of his compositions called “Home.” I listened to that song probably a hundred thousand times. This is before I knew Roy and Isaiah Barr, who is Roy’s former high school student, and a really good friend of mine. We just had that interaction, and then Roy and I started getting to know each other. Then, Isaiah was like, “It would be crazy if you guys made something together.” It was a lot of little things put into the universe of us getting to know each other. Roy showed me some of his poetry… Something like that, right?

Roy Nathanson: Basically. It’s interesting to hear from not my frame. From my point of view, it’s a whole circle of people. I first met Nick at the rehearsal, when he was only singing through this crazy distortion thing. That was really amazing to me because he had this gorgeous voice. The guy’s incredible, and it’s a whole different world. It’s a whole other generation of stuff, even though these guys like this whole downtown ‘80s music world I came from.

Nick came to my house, came down to my basement, and he just sat there on the piano and played chords as if he was improvising them for that song, “Small Things,” and just sang all the words without cutting any of the words. Which is nuts! That’s not how you write a song. It was beautiful.

Jazz is partly about being in a constant state of learning. Would you say you were students of each other?

Roy: Totally. Wow… You go ahead.

Nick: Absolutely, I mean… I’ve learned so much from Roy. Even lyric-writing, and writing in general, and Roy’s helped me get out of my own recent writer’s blocks. I feel this, “Let’s go! Let’s do it and not think about it. Let’s just make something.” That’s the spirit of this record. A lot of this stuff progressed and there’s a little bit of editing, but it’s generally what it is. We just let the music lead us.

Nick: I thought I already had that a little bit, but I expanded that from learning from Roy. Roy’s made so many beautiful albums. I am sure there are things you also picked up from me.

Roy: I never heard anybody do that. When I listened to Nick, I thought, “Oh, my God. He can hear the song in the poem.” That is a crazy gift. His piano-playing and his voice are so mingled, not just with each other, but with his production ideas. That’s a new thing in your generation, manipulating sound in some way, and having all that be some language. He’s an embodiment of that shit.

Plus, he had this nutty studio. It has this crazy combination of being homemade but also being professional. In the old days, you’d have to go to a fancy studio. This was all homemade and is a beautiful record. 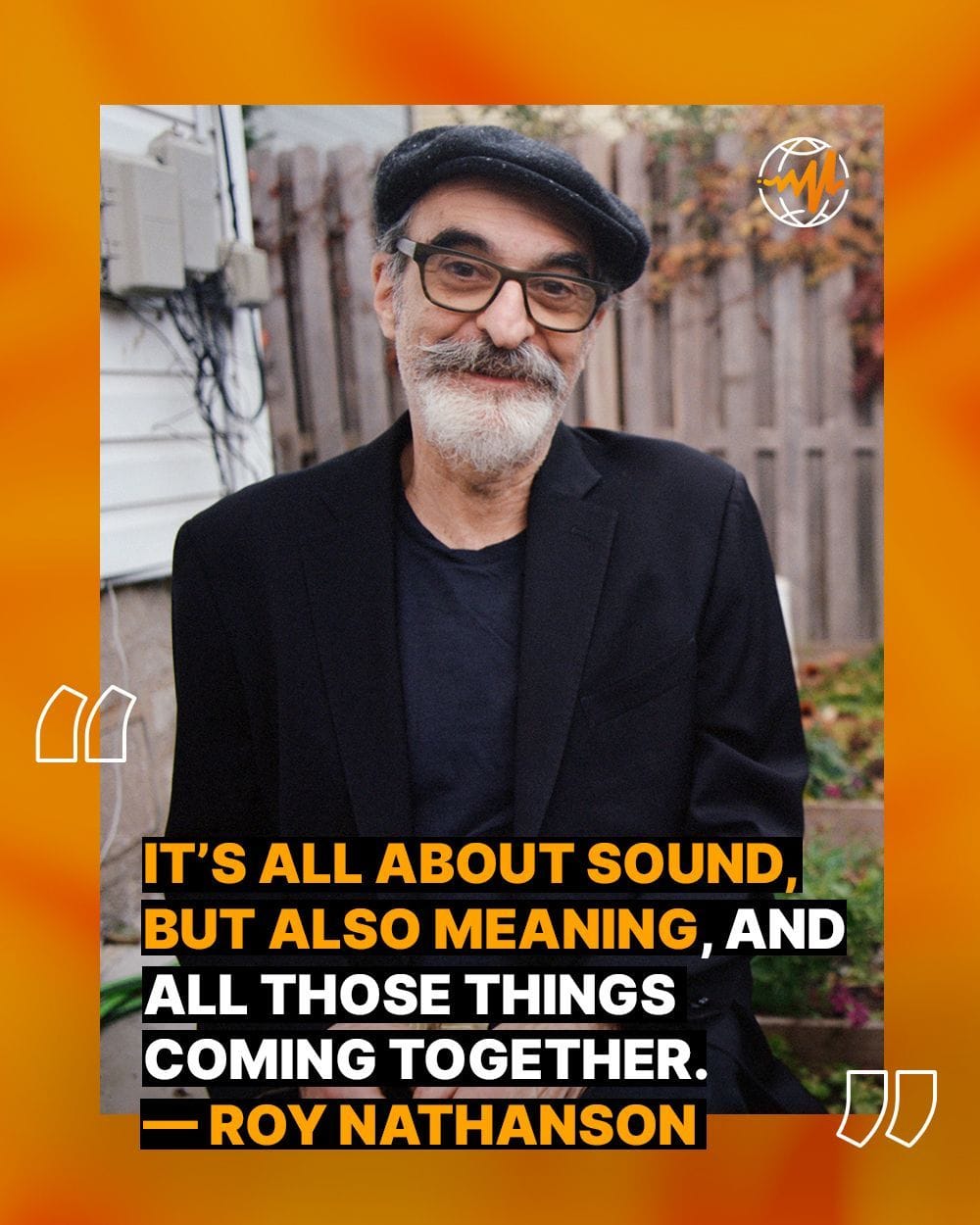 What are the key small things, the crucial minutiae, that make up the backbone of Small Things as a record?

Roy: First of all, we made a record around the syntax of language.

Nick: That, and I feel the core of this whole project is Roy’s words. You find little gems and pieces of knowledge of beautiful ways of saying things. There’s a lot to discover within that—all based around Roy’s poetry.

Roy: Nick has this great, otherworldly voice. I do like those poems, and they’re storytelling poems, but once it’s not just told as a story and once it’s said… He transformed these words in the way voices can, and the minutiae are all those different lenses. The tones, and the tones of the saxophone. The saxophone sound is my biggest obsession. It’s all about sound but also meaning, and all those things coming together.

Nick: There are a lot of layers of your playing. If you listen to Roy’s saxophone playing, the choice he’s making, and the placement and reacting to my voice and my melody, we just let it happen.

I’ve got a buddy learning jazz guitar who always says, “Jazz is for everyone,” but I find people often shy away from approaching jazz sincerely. Why do you think that is?

Roy: Oh, that’s a great question. Nick, I wanna hear what you say.

Nick: I wanna hear what you say, first, though.

Roy: Alright. That’s the age-old question. I do think every once in a while, you come up with something that hits. This definitely does. I always am running away and running toward the word “jazz.” I don’t wanna run away from this amazing music that comes from African American experience and I came from my mother’s classical music background. All of a sudden, I was improvising and then you see it has its own history and how you learn. Incredible rigor to the tradition. I respect the rigor, but I do know if a thing does not have a “fuck you” attitude in some way, it’s not gonna feel like what real life is about.

The way jazz is taught now, and how it’s not related to sex, or loss, and seems like an academic pursuit… How does [contemporary] jazz get away from that? We’ve done it. But, Nick went to Berklee and I studied for years. It’s one of those things where you have to have a balance. They can hear [the balance] on this [album]. Also, words help. What do you think?

Nick: I never look at it in the moment when I’m writing it. I’m not really even thinking about it being considered jazz. We’re just collaborating and making something. There is an academic aspect, but… What did you say, Roy?

Roy: If we didn’t have a jazz background, we wouldn’t have made this record.

How does Small Things create its own language?

Nick: Roy’s basement with the crazy microphone he has down there.

Roy: Nick had the sonic language, in the way he produces. That’s his unifying voice. The thing sounds like language. All the things we were talking about and the experimentation of it allows for a language to emerge.