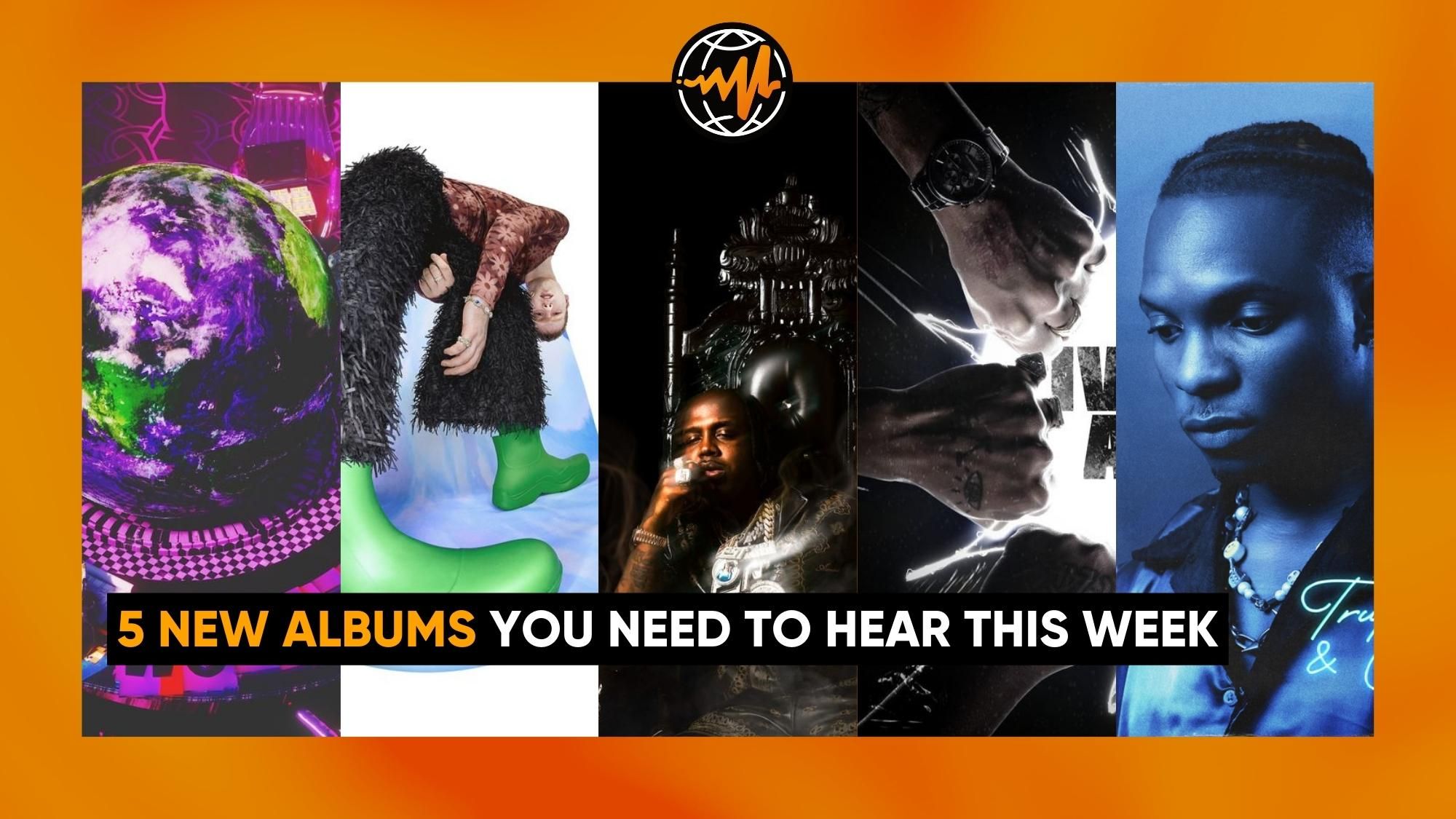 EST Gee is never shy about how little he feels. His Feel Nun album series packs haunting bangers that have steadily built the Louisville rap monster’s star. The gruff street raps across his discography have become a calling card and on his latest album, I Never Felt Nun, Gee goes from hardened gangster to king upon a throne of horror. Just look at these song titles: “I Can’t Feel a Thing”; “Blood”; “Death Around The Corner.” Gee luxuriates in terror, but also displays his heart on “Is Heaven For A Gangsta.”

Read more about EST Gee in our #UpNow interview with the rapper.

Nigeria’s Idahams found music in the church at age 10. Since then, he’s been honing his voice, eventually signing a deal in 2016, breaking out in 2018, and connecting with UMG in 2019. He released his acclaimed Man on Fire EP in 2020, and now returns with Truth, Love & Confessions. In contrast to Man on Fire, which was recorded in the wake of Idahams losing his parents, TLC is a softer record with an emphasis on R&B tones. It sounds like the aftermath of healing. “I always want to make sure I'm giving people hope where there is no hope, with my story,” he shared.

Back in 2020, Nasty C told Audiomack World that “I got to meet my fans’ parents and OGs, who appealed to some of my deeper records on my mixtapes and realized I have an opportunity to speak to a much bigger audience.” Today, following a successful tour, Nasty C taps into the power of the mixtape with the Ivyson Army Tour Mixtape. With features from Blxckie, Nadia Nakai, Cassper Nyovest, and more, the South African rapper loosens up and celebrates a victory lap.

Read our feature interview: “Nasty C Is Ready to Embrace Himself”

UK producer Mura Masa has an innovative ear, evident by his genre-shifting records and GRAMMY nominations. On his latest project demon time, playful meets future-facing to create a series of sugary jams. Standout “up all week” with slowthai breaks down conceptions of rowdy club music, rebuilding the sound as something more jagged and exciting. “I think popular music needs to be looking to in order to soundtrack those crucial moments of fun and hedonism in an increasingly cynical culture,” he shared with Audiomack World.

Read more about Mura Masa in our Re-Upped feature.

KA$HDAMI sounds like he erupted out of the deepest crevices of internet rap to become one of the key faces of the new underground scene. Boss-battle type beats and an elastic delivery made 2021’s epiphany (home to breakout “Reparations!”) and HYPERNOVA. equal parts explosive and chill. The Las Vegas-born rapper credits growing up listening to gospel music as a key part of figuring out his melodic sound—and a steady diet of Famous Dex. WORLD DAMINATION takes the skittering productions and gummy flow DAMI is known for and amplifies them both.