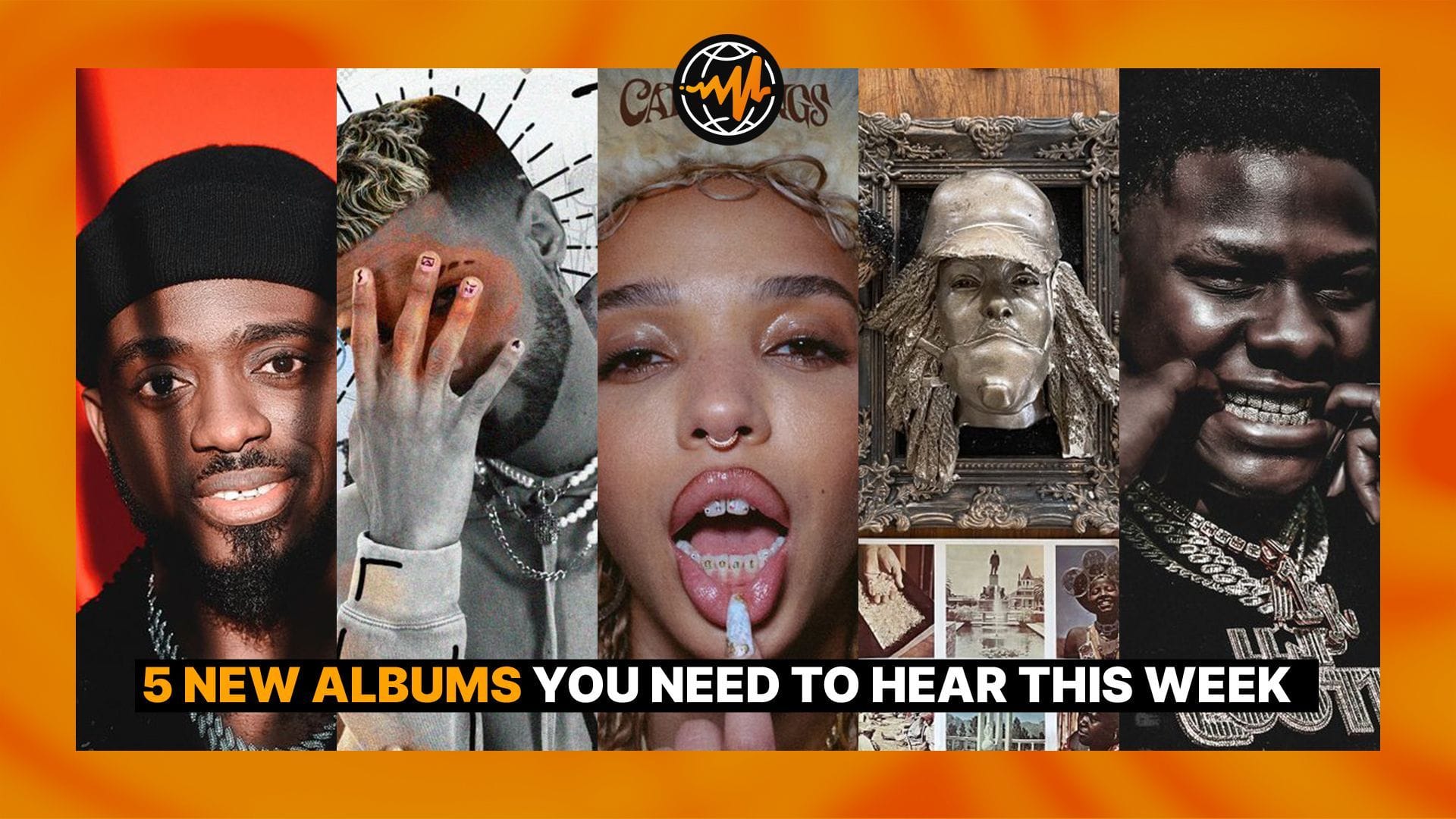 “SICK! is my humble offering of 10 songs recorded in the wake of the worldwide coronavirus pandemic and its subsequent lockdowns,” Earl Sweatshirt shared in a press release to accompany the tracklist of his new project. The slick offering is Earl at his best, following the boundary-breaking Some Rap Songs in 2018 and subsequent FEET OF CLAY in 2019. On SICK!, Earl is freewheeling and thoughtful as ever, moving between banging beats from Black Noi$e (“Titanic”) and quick-hitting meditations (“Lobby (int)”). New fatherhood and general unrest guide this project in some ways, but really, it’s driven by Earl Sweatshirt’s uncompromising dedication to being the coldest out.

Puerto Rican star Jay Wheeler returns with his first project in two years, following 2020’s solid Platonicos collab with the imitable DJ Nelson. De Mi Para Ti is a brisk eight-track EP, collecting recent singles and three new tracks. The project showcases Wheeler’s aptitude for surefire pop hits (“Eazt”) that emphasize a new side of him: finding the one versus dealing with heartbreak. Jay Wheeler’s star has soared since his 2019 Fine Tuned performance, with over 124 million streams on Audiomack to date.

Somewhere in the knotty forest of electronic and R&B sits FKA twigs, guiding the direction of pop music. The English singer, songwriter, and producer debuted in 2014 with the critically acclaimed LP1. Her 2019 sophomore album Magdalene, with its further sweeping tones and high emotional tides, cemented twigs as unstoppable. Before 2021’s end, twigs connected with The Weeknd for the superb single, “tears in the club.” This CAPRISONGS teaser boasted all the glorious melodrama we’ve come to love from twigs, while the mixtape itself represents a “journey back to myself through my amazing collaborators and friends.” With features from Pa Salieu, Rema, Jorja Smith, and more, CAPRISONGS is another reminder that conventional genre means nothing and music is going to be alright.

“It's taken me a few years to get here, but I am finally ready to share my first ever album,” veteran Nigerian guitarist Fiokee shares of Man. The artist known for composing and working with Flavour, Tiwa Savage, Patoranking, and other African stars finally steps into his own with an album years in the making, meant to catalog his journey as a creative. Fiokee’s Afro-swing sound and blends of highlife gives jazz new life across these 14 tracks, with a packed feature list: Masterkraft, Bella Shmurda, Yemi Alade, The Cavemen., Simi, and many more.

Cootie — Welcome To The Trap

Arkansas rapper Cootie would like to welcome you into his grisly world. Welcome To The Trap features Big Scarr, BiC Fizzle, and BIG30, and speaks to Cootie’s thumping musical lineage as a strong practitioner of Southern hip-hop. On the lowkey “Big Dreams,” Cootie curses dreams in favor of manifesting a Hollywood future. On “Dead Presidents,” he recalls how “narcotic got me really rich,” and serving at 18. These matter-of-fact reports from the trenches atop plodding production with crunchy percussion feel timeless.