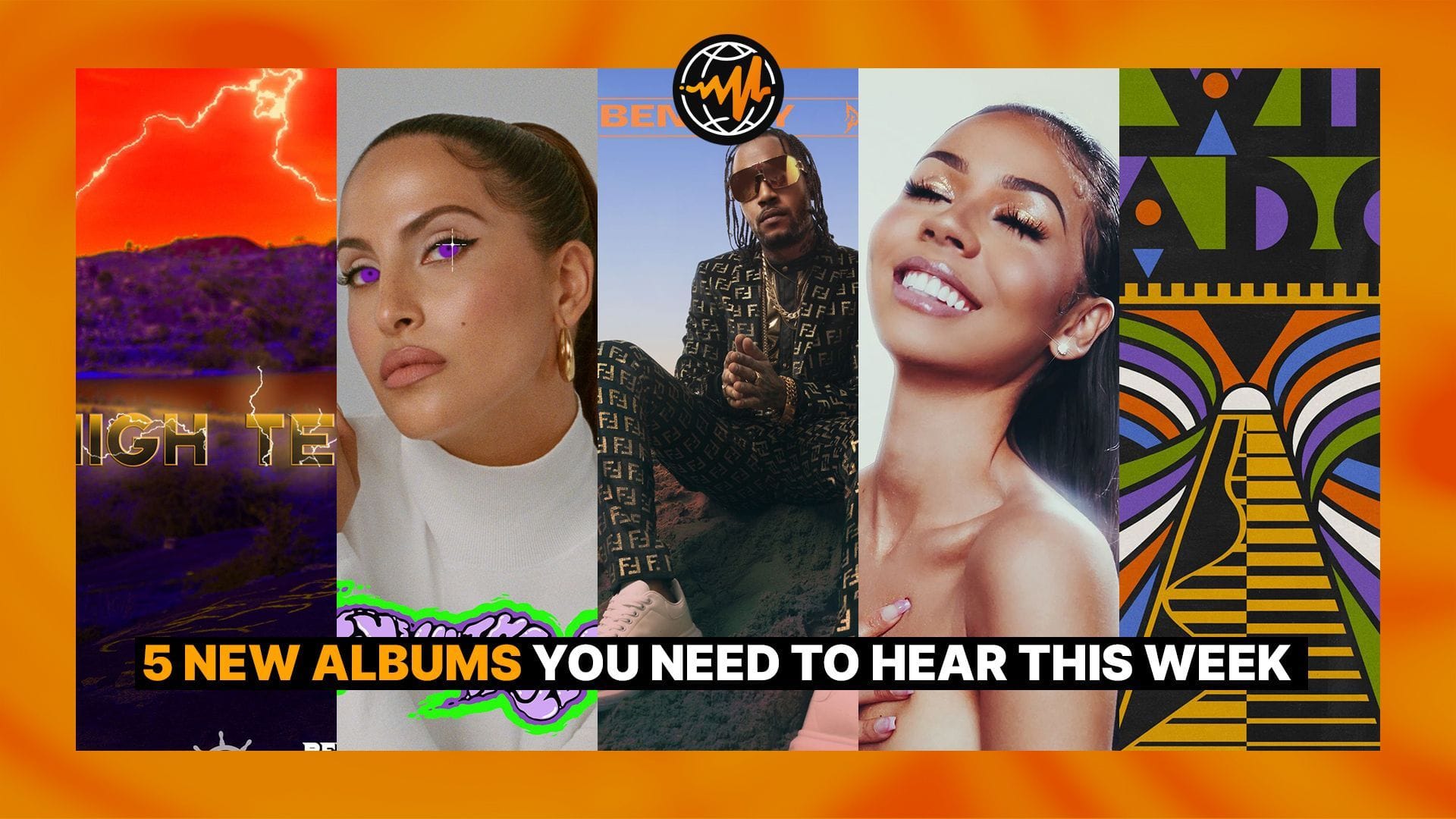 In two years, Bella Shmurda has solidified his status as a new icon in African music. His debut EP High Tension, released January 2020, made good on the promise of his breakout single “Vision 2020” and its Olamide-featuring remix, racking up over 105 million streams on Audiomack to date. Since then, he’s turned in standout performances on two of the (other) biggest Afrobeats albums of the year (A Better Time, Carpe Diem) and churned out hit after hit after hit after hit. High Tension 2.0, released through his Dangbana Republik label, delivers on its hype as the second project from the Nigerian millennial’s voice of the streets.

It’s been a steady rise for Snoh Aalegra. The Iranian-Swedish singer-songwriter is a master of mood, delivering feels (again) across multiple projects of hip-hop-adjacent R&B she dubs “cinematic soul.” TEMPORARY HIGHS IN THE VIOLET SKIES, her third album in five years, is at times bright and breezy, at times heady and atmospheric, all tethered by Snoh’s rich vocals and vivid, specific lyrics. It covers all the moods and includes a feature from James Fauntleroy, two from Tyler, The Creator, and production by No I.D., The Neptunes, Tyler, Terrace Martin, Sevn Thomas, Christian Rich, and more.

Dirt To Bentley is about progression. Jahvillani has been releasing music for nearly a decade, honing and widening his sound, and has spent the last few years as one of dancehall’s hottest names. Determination is the name of the game; in 2020, for Audiomack’s Bubbling series, the St. Ann, Ocho Rios native revealed his focus was on uplifting and motivating the youth. And after releasing over 100 songs, Jahvillani finally shares his journey in the form of his anticipated debut album, featuring Skillibeng, Kranium, Prince Swanny, and Trance 1Gov.

Breaking through in 2019 with her fully-formed debut project, Master, Mariah the Scientist has become a prime figure in contemporary R&B through her honest and personal songwriting, relatable romantic narratives, and tongue-in-cheek aesthetic. The Atlanta-raised singer—who pivoted from a biology degree at St. John’s to a music career after dorm room inspiration quickly turned to a record deal with RCA—follows up her debut with the 10-track RY RY WORLD, which features Young Thug and Lil Baby.

George Lewis Jr., better known as Twin Shadow, has seen ups and downs. Launching his career in Brooklyn’s early ‘10s indie scene, the last decade has been marked by addiction and sobriety, major-label deals and independence, critical adulation and indifference, and a serious bus crash that left him needing hand surgery. Musically, he pushed his pop sound to its max before turning inward on 2018’s Caer. His self-titled fifth album expands back outward toward weirder, more worldly territory. It’s bright and gooey pop imbued with the warmth of summer, drawing from funk, psychedelic rock, dub, reggae, and disco.