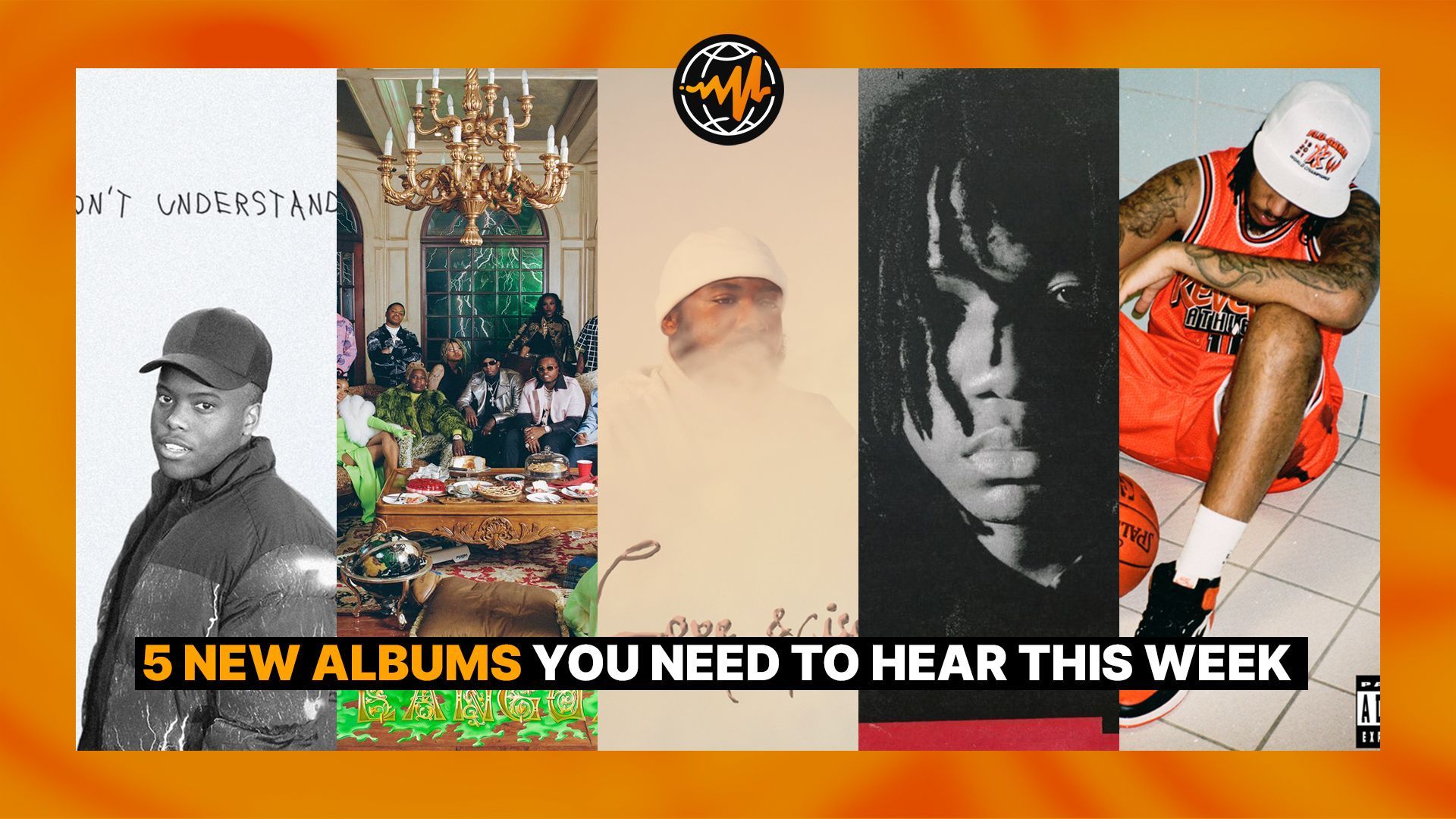 Young Thug and his YSL label have come through. The follow-up to 2018’s Slime Language, Slime Language 2 was originally teased back in August 2020, and many months later, we’ve been graced with a shapeshifting album featuring prior releases “Take It To Trial” and “That Go!” With appearances from Drake, Travis Scott, Lil Baby, Gunna, Future, Lil Keed, NAV, Skepta, Kid Cudi, and more, Slime Language 2 is a worthy blockbuster sequel, brimming with unforgettable moments.

West London’s AJ Tracey has been through a lot. Every interview with the rapper hones in on his struggles, but his latest album, Flu Game, is not mired in suffering. Instead, the 16-track offering is an effortless homage to Michael Jordan, and Tracey’s incredible ability to sound fly over any instrumental, even at his most bare (“Anxious”). With features from T-Pain, SahBabii, Digga D, and more, Flu Game bursts with life and opulence. Flu Game follows Tracey’s hit single, “Ladbroke Grove,” and debut album, AJ Tracey.

Atlanta’s Kenny Mason exists in his own boundary-less universe. Debuting in 2020 with Angelic Hoodrat, Mason returns with the Supercut, home to 12 new songs and features from Denzel Curry, Freddie Gibbs, Ambar Lucid, and more. Whether he’s rapping with the ferocity of a rottweiler, or he’s pouring his heart out in the vein of the grunge bands that inspire him, Kenny Mason exists in service of the people, his “patnas,” and his “pups.” Supercut is Kenny holding strong to the sounds that speak to him, which also happen to be the sounds moving the masses.

Lockdown has inspired many artists to dig deep and deliver some of their most heartfelt tunes. Even Nigeria’s highly emotive Tay Iwar has taken this time to further his sound, releasing Love & Isolation as a blueprint for healing following the devastation of the pandemic. Love & Isolation signifies a departure from earlier projects, like 2016’s Renascentia. “There’s almost nothing linking this project to the last one, besides me, the artist because this is a slow style, more romantic than I’ve ever done before,” Iwar said in a press release. Across five blooming songs, Iwar moves from seductive to somber, all to the end of crafting a project meant to guide the listener through their own feelings.

SANNI — If You Don't Understand It's Ok

SANNI went from working at a call center in Temple, Texas to following his dreams. The pop and R&B artist had to leave Los Angeles to find himself, his purpose, and his sound. The byproduct of these heady searches is If You Don't Understand It's Okay, an eight-track project geared towards the lonely dreamer. For those who don't fit in, and for those searching for languid melodies to guide them through taking their own leaps of faith, SANNI is there for you.

Read our feature interview: “SANNI Is Finally Where He’s Supposed to Be.”