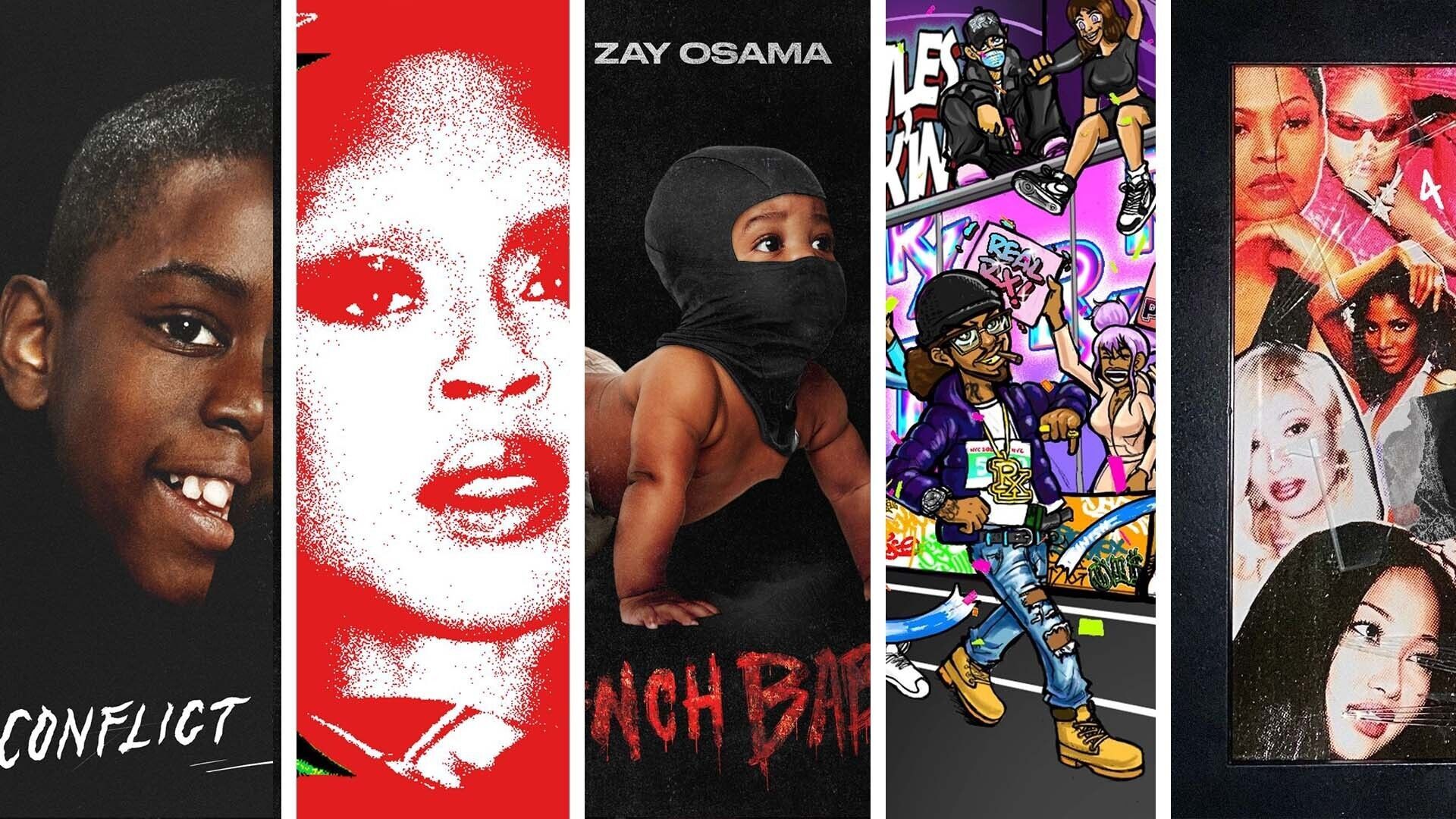 “Let’s talk about legacy / I don’t care ‘bout nostalgia, my best years are ahead of me,” Ghetts raps on “Fine Wine,” the blistering opener to Conflict of Interest, his third studio album and first with a major label. The veteran East London artist has been one of the UK’s most respected rappers for over a decade. Yet, he’s hit a new stride, matching his lyrical talents with honest reflection and polished songwriting that shows off all sides of his artistry. Conflict of Interest collects features from both titans and notable up-and-comers of British rap—Stormzy, Skepta, Dave, Giggs, Wretch 32, Jaykae, Pa Salieu, BackRoad Gee—along with Ed Sheeran, Emeli Sande, Moonchild Sanelly, and more.

Since breaking through with her assured 2018 single “Opps,” Toronto’s Ebhoni has cultivated an intoxicating brand of R&B, dancehall, Afrobeats, pop, and trap across several singles. X, her “debut mini project/EP,” clocks in at just 13 minutes, but solidifies her as a force across its four tracks, led by standout “X-Ting.”

Lil Zay Osama’s 2018 single “Changed Up,” marked by piano-led production and hard-hitting lyrics about betrayal, put him near the forefront of Chicago’s exploding melodic rap scene. While his debut Hood Bible expanded his sound and audience, Trench Baby, he told Audiomack, is a return to “that struggling type shit, that pain shit, that street shit.” The South Side native calls on G Herbo, Lil Tjay, Jackboy, and Doe Boy for features.

Rx Papi knows no limits. His verses are stuffed with so many (often overlapping) bars it’s like he’s trying to hit inbox zero on his mind, getting out every last thought. His music is a mesmerizing mix of darkly hilarious punchlines, stark confessions of personal trauma, absurd tangents, colorful boasts, and reckless threats delivered in flows as unpredictable as his beat selection. 100 Miles & Walk’in is the Rochester native’s ninth project since the beginning of 2020, and it’s another gripping view into his fully-realized world.

After breaking a years-long project hiatus with January’s A.I. (All + In), Levi Carter returns just one month later with 4me&U, a Valentine’s Day gift in the form of a brand new EP. Trading the gritty darkness of its predecessor for a slightly brighter sound, if no less hazy, 4me&U’s blunted confessionals flip between love and heartbreak through repeated half-thoughts. Closer and standout “Do u even know me anymore” is prime late-night headphone listening.