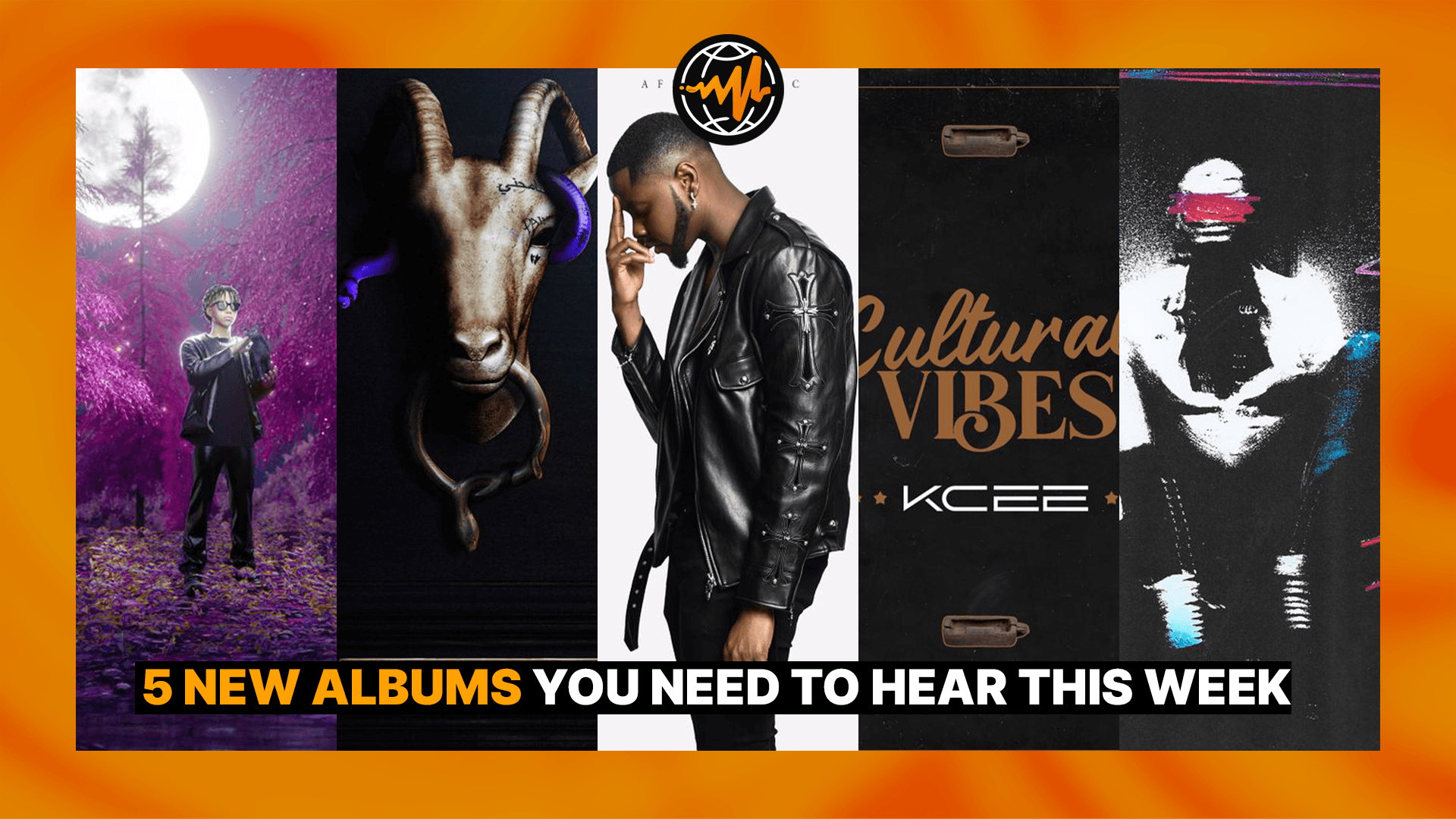 The marriage of pop and Afrobeats Kizz Daniel accomplishes make him a beloved artist. Back in 2020, the Nigerian artist released Audiomack favorite King Of Love, his third album. King Of Love elevated the star through tackling love from all angles, and today he returns with Barnabas. Featuring highlife group The Cavemen. and driven by Re-Upped single “Lie,” Barnabas brings the yearning quality of King Of Love into a new realm of shine and polish, especially on the bubbling title track.

After spending over a decade in a hip-hop duo, Nigerian singer-songwriter and producer KCee has established himself as solo music royalty in the 2010s. Originally known for a more Afropop sound, his latest release Cultural Vibes taps into his Igbo roots, resulting in some heartfelt and earthy tunes. “I moved into rap and then into Afropop because I wanted to make money,” KCee explained in January. “I have seen and done it all. These days, I make music to satisfy my conscience and for my artistic side.”

The goats are back, literally: British hip-hop duo D-Block Europe’s new album cover features a mantled goat. Home Alone 2 follows 2019 Home Alone and their 2020 debut album. The Home Alone sequel boasts guest verses from M Huncho, AJ Tracey, and more, and as winter sets in, the murky tones (“Chrome Hearts,” especially with its excellent Offset verse and Tion Wayne’s performance on “Be Polite”) make it a solid soundtrack to early and somber nights.

From dropping bars over YouTube beats to touring with Skepta, to being named one of 10 rappers you should know in December of last year, Lancey Foux’s come-up is as energized as his music. Earlier this year, the East London rapper dropped off FIRST DEGREE, and today he returns with 13 new tracks in LIVE.EVIL. With production mostly sounding like the club collapsing beneath your feet all while the DJ booth implodes, Foux even shines on “calmer” tunes like “I KNOW.” “I'm still trying to get everything to sound like no one else,” he told PAPER after the FIRST DEGREE release.

Rochester rapper Slump6s is a standout act in a new wave of teens pushing hip-hop forward by blending various online underground sounds. Catching our ear with Re-Upped single “Moment,” we went on to name him one of 10 rappers you should know in September. Slump6s’ constant metamorphosis on the mic makes his latest project Origin feel like a never-ending boss battle. Just when you think he can’t get any more creative, Slump6s will invent a new—and often howling—flow on the spot.