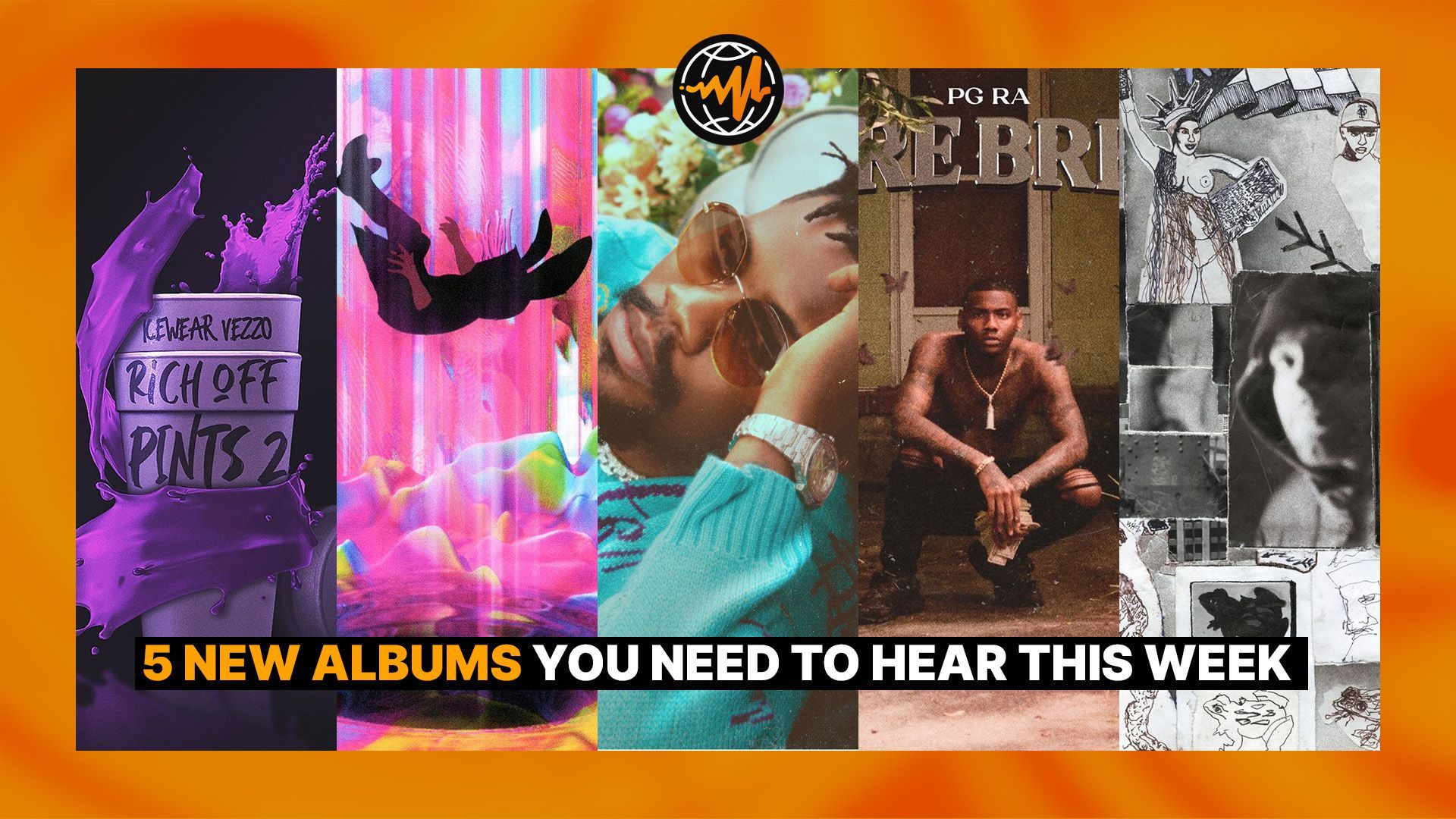 Detroit rap is having a hell of a time, thanks in no small part to Icewear Vezzo. Earlier this year, Vezzo dropped Rich Off Pints, a commanding and must-hear album in his city’s canon. Following Re-Upped single “Know The Difference,” the sequel is here. Featuring Future (twice), Moneybagg Yo, Babyface Ray, Rio Da Yung OG, and more, Rich Off Pints 2 doubles down on the hustling ethic that made the richest rapper in his town—hands down—so popular.

MuddyMya’s music sounds like tie-dying your glasses to see the world in permanent technicolor. The Atlanta rapper quit her job at Target last year to give music her all. Though she released two projects in 2020, March’s “CASHIN OUT” felt like a breakthrough. On Mya’s latest album MUDDYWORLD, listeners are invited into a drugged-out and sprawling leap forward for an artist who grew up on Paramore and happily embraces her emo roots (“C*NT”) beneath blown-out bass.

From 2015 to 2021, Nigeria’s YCee planted a flag in the Afrobeats scene. Breaking out with a Patoranking collab, and recently dropping yet another, the artist also moves between the pop and pure hip-hop spheres with ease. Love Drunk is YCee’s latest seven-song offering and a series of fiercely honest journal entries. Themes of love and intention bubble up as YCee reveals himself to be a mind-reading loverboy. The attractive rasp and windy quality of “Abeg” pairs nicely with the hell YCee goes through for romance.

South Carolina native PG RA is of a Rare Breed. The rapper first broke in 2019 with his Blowing Candles project before inking with JetsonMade and developing a following in Atlanta. In 2020, he dropped God’s Gift and unleashed a clip of singles. September 29 saw the release of his latest full-length, which featured the late 18 Veno, 6LACK, Highway, and Seddy Hendrinx. PG RA’s hounding tone helps the project breeze by. He’s got a real homegrown essence to his raps, sounding like betting on himself and his music is more than a career move—it’s life or death. “Hard work, long nights, dedication, and prayer led me to where I am right now,” he says.

Wik Da God and one of 10 rappers you should know right now team up for 16 tracks of pure New York hip-hop with Wik on the mic and Navy Blue on the beats. Wiki, happily independent, has been a staple in the NYC scene since the early 2010s—first as a member of Ratking and then as a solo act releasing seminal mixtape Lil’ Me and two stellar albums in No Mountains In Manhattan and OOFIE. Half God finds Wik as raw and barred up as we’ve come to love.