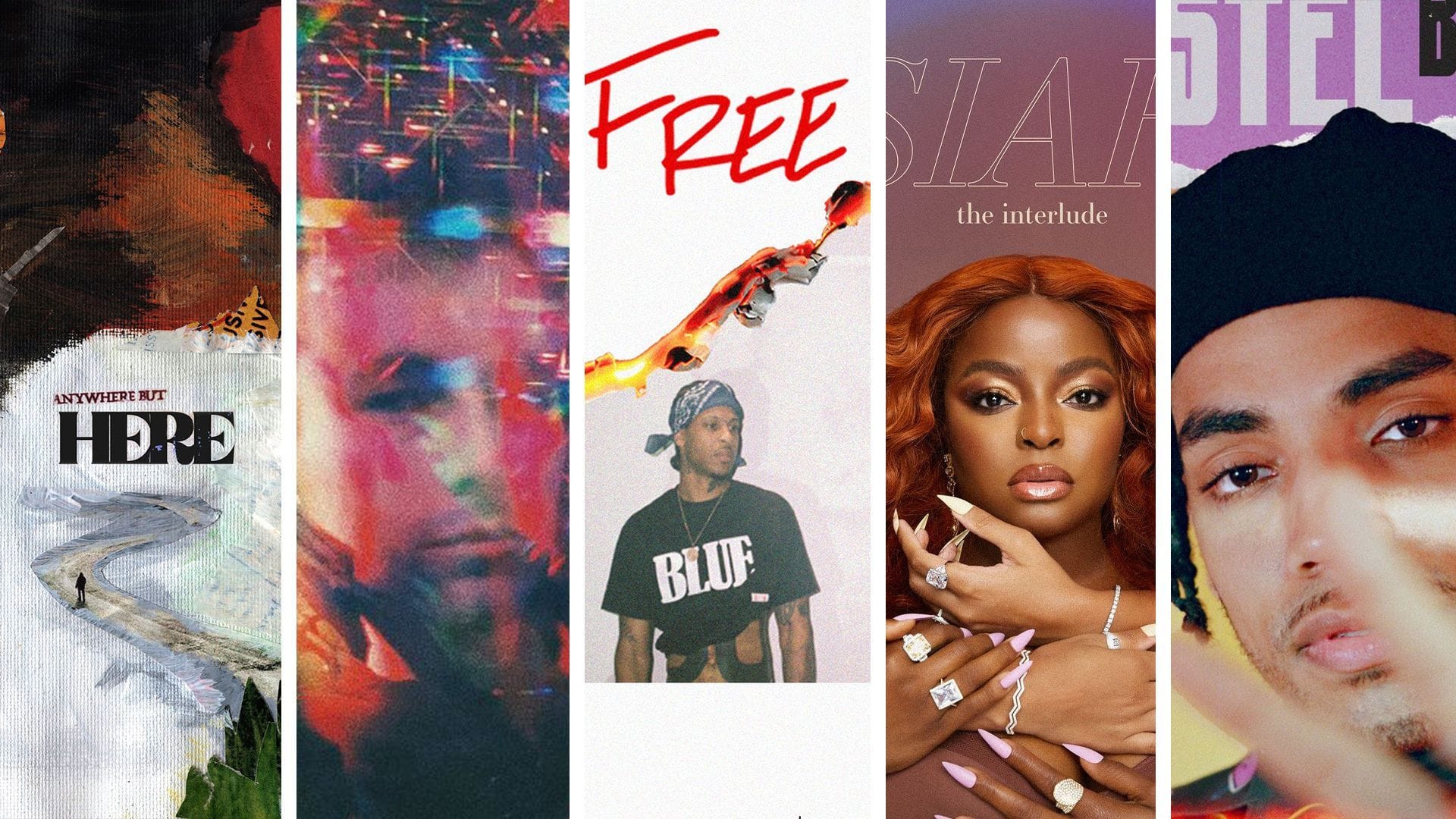 “Colder than I was a couple years ago.” Five years after his debut, Disguise the Limit, Nyck Caution returns with his solo follow-up, Anywhere But Here. The years between found the New York rapper releasing a joint album (Nyck @ Knight) with fellow Pro Era member Kirk Knight, collaborating with members of his Beast Coast crew, and dealing with the loss of his father. That tragic latter circumstance fuels this new project, which blends introspection with bangers and always delivers passionate raps.

Read our feature interview: “Let Nyck Caution Be Your Outlet”

Asiahn makes her Motown debut with The Interlude, a new five-track EP that clocks in at 12 minutes and features Grandmaster Vic and Jordan Hawkins. Blending elements of classic and contemporary R&B, the project from the GRAMMY-nominated singer, songwriter, and producer is a showcase of her powerhouse vocals and further proof that she is poised for stardom.

Healy colors outside the lines. The Memphis artist pulls influence from indie rock, lo-fi hip-hop, and bedroom pop for his own intimate, emotive sound. Tungsten, his second album, sounds casual in creation and refined in execution. Its ethereal atmosphere is primed for headphones listens and able to conjure deep feelings.

PASTEL is a triumph of international collaboration. The debut EP from BlackDoe, Paris-based producer and DJ, features exclusively Korean vocalists, notably Xydo and jeebanoff. Their honeyed melodies are a perfect match for his breezy, futuristic R&B production. Each track name is a subtle nod to the color of the mood.

Last week, South Central rapper G Perico kicked off the year with Free, a new six-track EP of nasally flows about not snitching, weekends in Vegas, sex without feelings, and more. Free promises to be just the arrival-to-the-restaurant portion of what Perico promises to be a “five-course meal” of content in 2021.