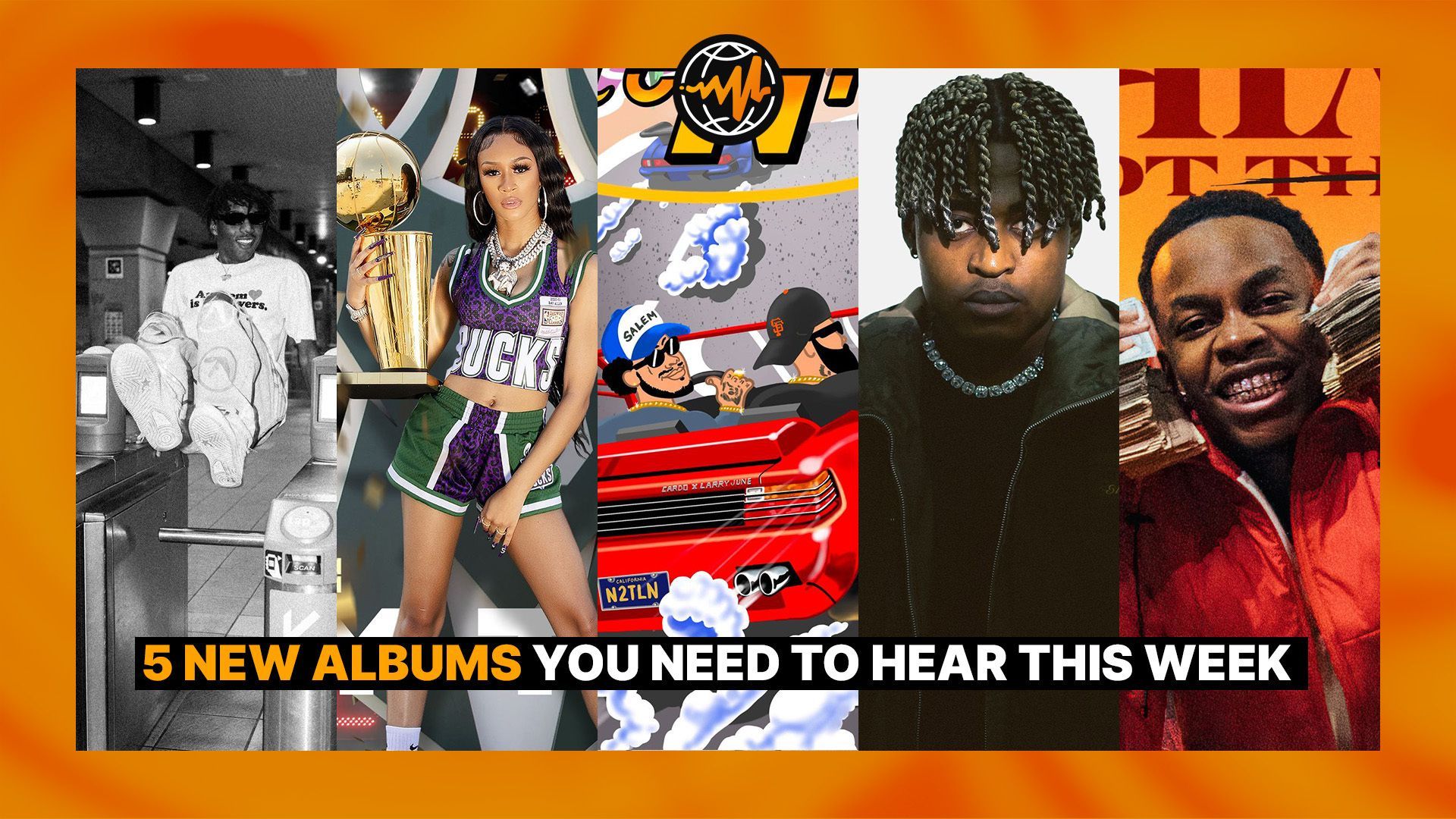 Milwaukee rapper Lakeyah follows up In Due Time with My Time, a more assured offering in the beloved Gangsta Grillz tradition—yes, DJ Drama is in the building, along with Moneybagg Yo and Tyga. The Quality Control signee and “real-deal trendsetter” barrels through 11 stunting tracks. Highlighted in April as one of 10 rappers you should know right now, Lakeyah has come a long way from her Instagram freestyle roots.

Larry June puts on for the Bay Area once more with his second project of the year, Into The Late Night. Cardo—one of the most consistently great producers of our generation—takes control behind the boards, marking the second full-length collab between rapper and producer following 2020’s Cruise USA. June’s signature nonchalance floats over the tailored beats as the rapper details copping socks from Macy’s, eating his greens, and zoom-zooming in sports cars.

Cheque has overcome. His heartfelt singing opens Bravo, the Nigerian artist’s latest project, and follow-up to his 2020 debut, Razor. Preceded by Re-Upped single “Call Me Baby,” Afro-fusion’s rising sun hones in on his evocative hybrid sound. The Ayra Starr-featuring “Dangerous” captures the project’s brooding spirit, while Jackboy and Olamide also provide guest appearances. Though “Zoom” will always remain Cheque’s breakout moment, Bravo is a polished step forward for an artist making bangers for quietly sobbing in the club.

Memphis rapper Co Cash has a booming voice and endless energy. Cash began taking music seriously in 2014, recording over Tay Keith beats he found on YouTube. Seven years later, Cash’s latest project HIM, Not Them has the charisma of a vet, with the hunger of a rapper still chasing his prime. This new album follows his 2019 Interscope debut F.A.C.T.S. and carries his city’s characteristic boastful and raw energy. Yo Gotti, Moneybagg Yo, NLE Choppa, Lil Migo, and more add to the hometown feel of the album.

Indiana native midwxst is BACK IN ACTION after his SUMMER03 hyperpop debut in March. The artist, who makes music for every emotion, steps into a new level of confidence on this EP. From Re-Upped single “Made It Back” to the rowdy “Putting On” with BabySantana, BACK IN ACTION sees midwxst doubling down on the underground influences he uses to craft his own wailing voice. Features from ericdoa, Re-Upped alum Slump6s, and KA$HDAMI help situate midwxst in the bubbling class of emotive and colorful contemporaries.