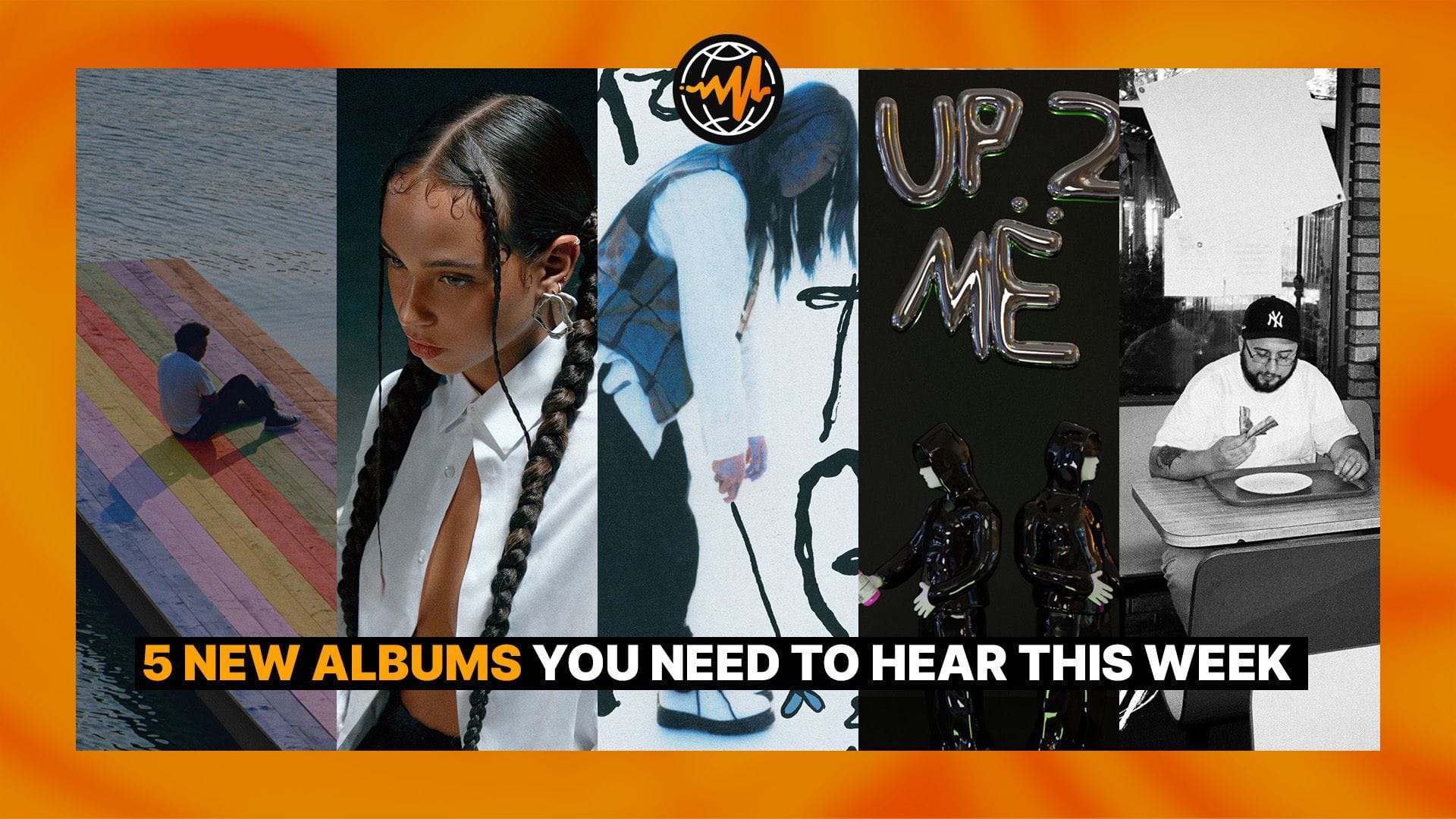 Rap’s current Chosen One delivers his much-anticipated debut album. Baby Keem has amassed a rarified amount of hype over the past few years, in which he’s released two acclaimed mixtapes, scored a Platinum single (“ORANGE SODA”), and contributed to the Black Panther and Lion King soundtracks in addition to albums by ScHoolboy Q and Jay Rock. The Melodic Blue arrives in the wake of hit singles with Travis Scott and cousin Kendrick Lamar, and bounces between Keem’s yelp-raps and nasally croons as the Carson native details his come-up.

María Isabel — i hope you’re very unhappy without me

While her 2020 debut EP found her Stuck in the Sky, both in bicoastal travel and a stagnant relationship, Maria Isabel’s follow-up project is more bluntly over things. Born in Queens and based in Los Angeles, the Dominican-American singer-songwriter blends vulnerable, honest R&B with Latin elements. i hope you’re very unhappy without me explores the end of a fractured romance with vivid details, with Isabel’s poetry background evident whether she’s singing in English or Spanish.

Deb Never — Where Have All The Flowers Gone

Where have all the flowers gone? Deb Never poses the question on her new EP, which was birthed in quarantine-summer London before being finished in LA earlier this year. The eight-track project follows the artist’s acclaimed 2019 debut EP House On Wheels and last year’s Intermission mixtape, building on her alternative sound, which houses bedroom pop, indie rock, emo hip-hop, and more. Deb Never wrestles with regrets, self-doubt, and anxiety, but she always sounds cool and captivating.

Yeat SZN is in full effect. The rapper—raised in California, based in Portland, and spotlighted by Audiomack last month as one of 10 rappers you need to know right now—follows up his Drake co-sign from a few weeks back with a new mixtape. His fourth project in five months and third over 20 tracks, Up 2 Më, is another immersive mix of hypnotic rage beats and Yeat’s Auto-Tuned melodic drawl.

Over the last half-decade, Tony Seltzer has been a vital name in underground rap. Born in Brooklyn, he’s helped bridge NYC’s varied scenes while working extensively with magnetic artists from across the map. Hey Tony, his new mixtape, showcases the bright talents and frequent collaborators in his orbit, from rappers Wiki, Key!, Lucki, Hook, Mavi, WifiGawd, Flee, and Lil Ugly Mane to co-producers A Lau, StoopidXool, Grimm Doza, and more.