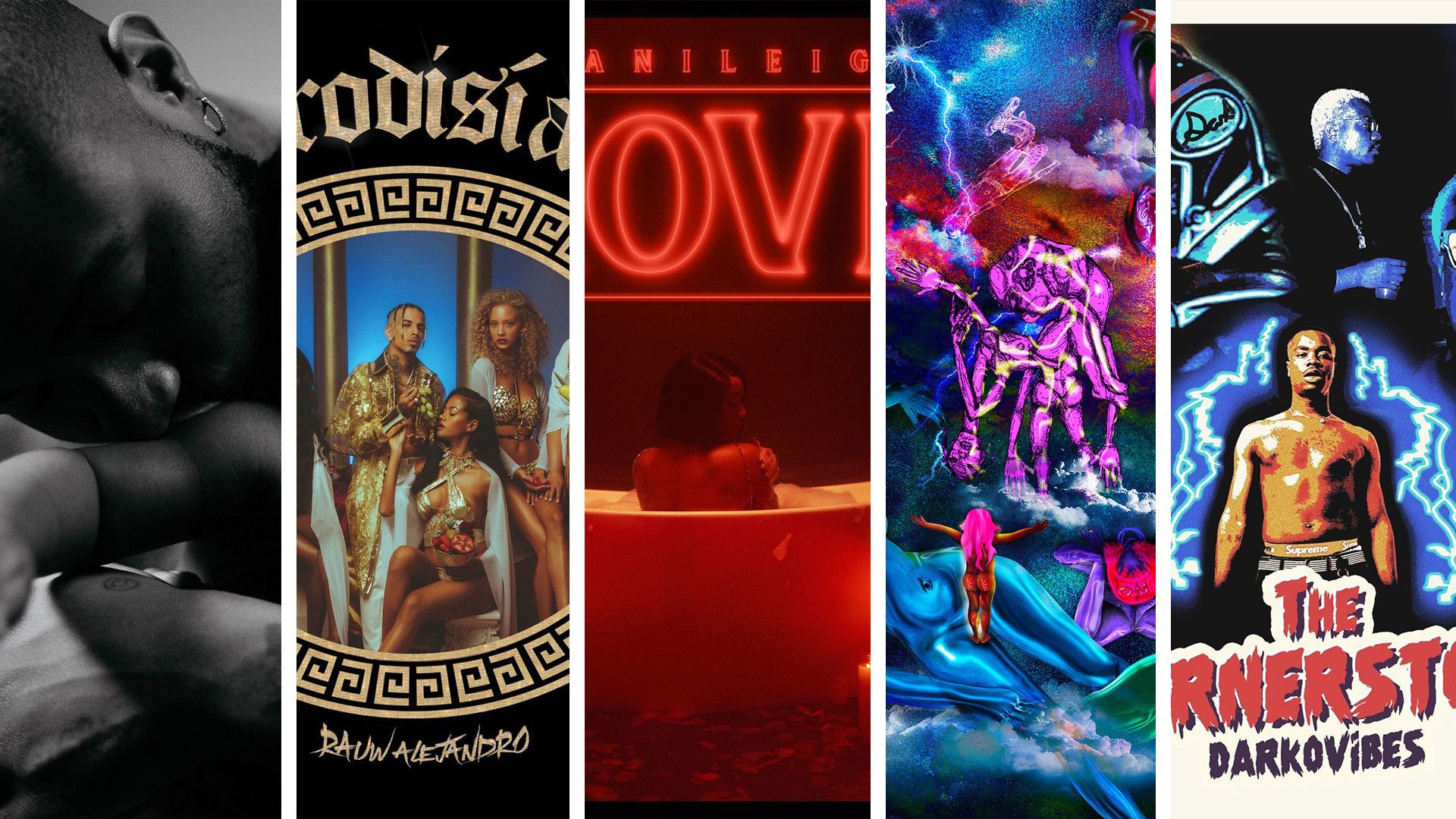 Just one year after the release of his long-awaited sophomore album A Good Time, Davido is back with A Better Time, led by single “FEM.” The Nigerian superstar continues to hone his catchy, feel-good Afropop sound, grabbing star guests from both sides of the Atlantic (Nicki Minaj, Mayorkun, Lil Baby, Sauti Sol, Young Thug, Tiwa Savage, Nas, Bella Shmurda, and more). Amidst 2020’s defining themes of global pandemic and police injustice, Davido’s celebration of joy and hope is necessary.

In a little over two years time, Puerto Rican singer Rauw Alejandro has risen from newcomer to one of reggaeton’s biggest names. His official debut album, Afrodisíaco, plays to his charming playboy style in both name and sound, which is heavily influenced by R&B and marked by sultry melodies and dancehall influences. A star-studded guest list that includes J Balvin, Anuel AA, Farruko, Trippie Redd, and Arcángel assists the braided star.

Amaarae — THE ANGEL YOU DON’T KNOW

Amaarae’s voice floats like a warm breeze. Based in Accra, born in the Bronx, and having spent chunks of her formative years in Atlanta, the singer, songwriter and producer has pulled from her American experiences to become one of Africa’s fastest-rising talents. Her new album, THE ANGEL YOU DON’T KNOW, expands her palette of Afropop and R&B to include rap and indie rock influences. Her voice, which ranges from one-of-one falsetto to low-key whisper, ties the experience together perfectly.

2018’s The Plan established DaniLeigh as a force in contemporary R&B, an artist not just talented in the realms of music, dance, fashion and more but able to capitalize with hit songs. MOVIE, the Dominican Florida native’s sophomore album for Def Jam, is a cinematic progression of her blend of R&B and rap. DaBaby, Gunna, Ty Dolla $ign, PARTYNEXTDOOR, Queen Naija, Fivio Foreign, and Yella Beezy provide guest features.

Read our feature interview: “DaniLeigh’s Stories Will Heal You”

Darkovibes released his debut album Kpanglogo just seven months ago (racking up over 8M plays in the meantime), but the Ghanaian artist is back with a new EP culled from hundreds of in-progress demos stored on his hard drive. The project—which he calls “an attestation of God’s hand on my life”—may be a data dump. Still, its eight tracks are also an addictive glimpse into the innovative creative process of one of Africa’s most exciting new talents.