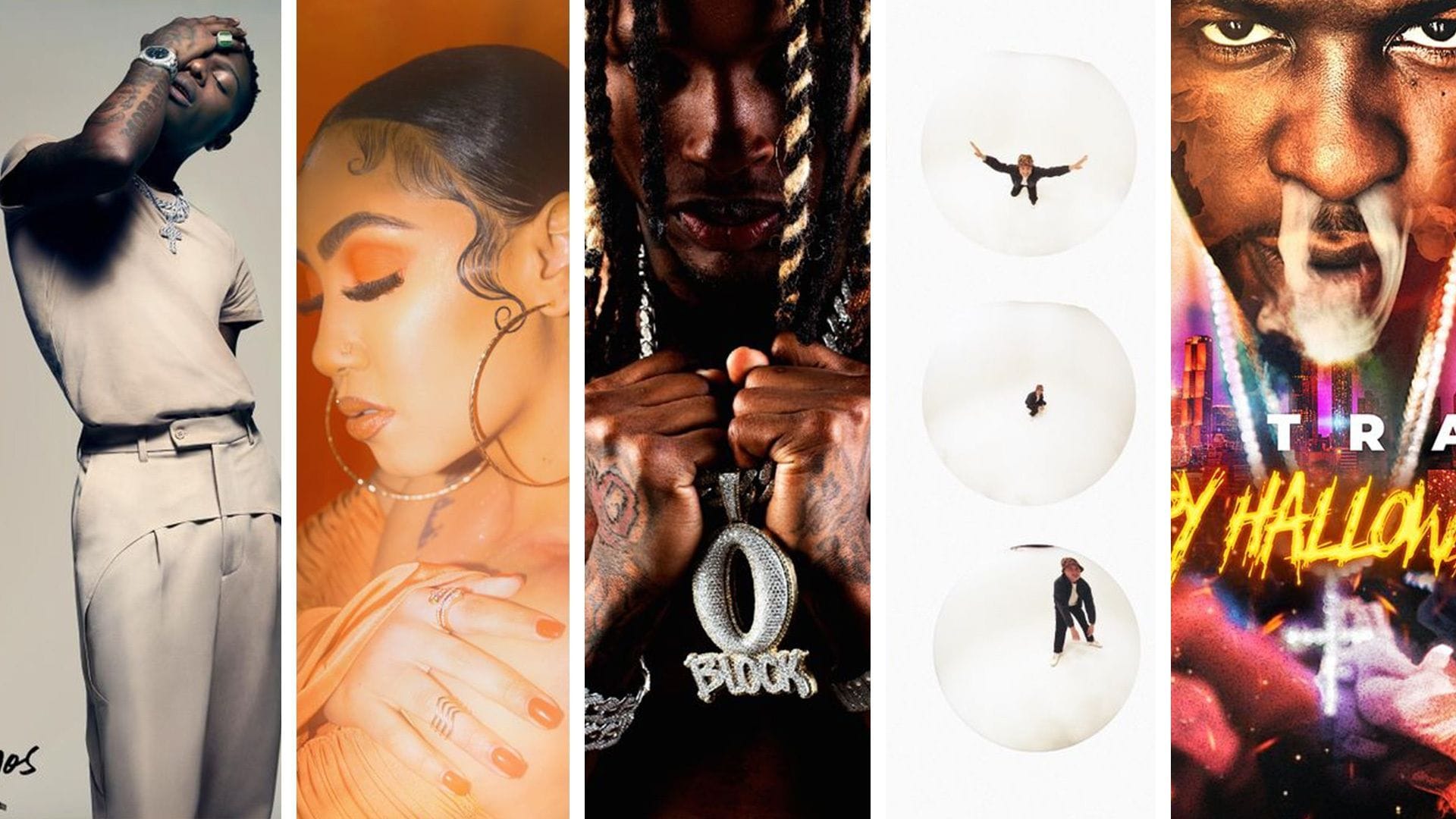 Wizkid — Made in Lagos

Wizkid is back with his much-anticipated fourth studio album, Made in Lagos, and it arrives at a pivotal moment for Nigeria. In the three years since the release of his previous solo effort and major label debut, Sounds from the Other Side, African music has exploded in popularity and influence on the global stage. At the current moment, though, the country has undergone weeks of protests by activists denouncing police brutality and the Nigerian government. Having delayed the album’s original October 15 release out of respect for the movement for justice, the Lagos-born superstar now offers up his album as a call for unity. The 14-track release, full of calm, positive energy much-needed in our world at this time, features Burna Boy, Skepta, Tems, Damien Marley, H.E.R., Ella Mai, Terri, and Tay Iwar.

Rising R&B star Queen Naija delivers her long-awaited Capitol Records debut missunderstood. Leaning into the adversity brought on by doubters, exes, and anyone else standing in her way, the 24-year-old Michigan native leaves any negativity behind her and embraces resilience across a bed of warm contemporary R&B. Lil Durk, Russ, Mulatto, Jacquees, Toosii, Kiana Ledé, and Lucky Daye provide guest features.

Over the last year, King Von has grown from talented Lil Durk protégé to one of the biggest names in Chicago rap. Welcome to O’Block is his official debut album, named after the South Side housing project in which he was raised. Durk features with Polo G, Moneybagg Yo, Fivio Foreign, Dreezy, and Prince Dre, while production is handled by Chopsquad DJ (responsible for 11 of 16 tracks), Tay Keith, Wheezy, Hitmaka, Will-A-Fool, JTK & DJ Ayo.

Watch King Von perform "Why He Told” and “Took Her to the O" for Fine Tuned.

In 2017, having spent a few years as a key contributor to a bubbling Chicago rap scene that included Chance The Rapper, Vic Mensa, Joey Purp, and more, Knox Fortune released his technicolor solo album, Paradise. It would be the last Knox Fortune music we’d hear from the Oak Park native until 2020. Stock Child Wonder builds on its predecessor’s eclectic sound. It’s a bright, nostalgic stew of pop, funk, house, rock, and more, conjuring sun-kissed scenes of skateboarding, tie-dye, and grass stains.

After breaking through with his viral hit “OK Cool,” a nihilistic breakup song delivered in shrugging nonchalance, CEO Trayle releases the third installment of his Happy Halloween mixtape series. Across 11 tracks, the Bronx-born, Atlanta-based rapper brings life to a world of ruthless criminal affairs with casual indifference.

Read more about CEO Trayle in the August edition of 10 Rappers You Should Know Right Now.