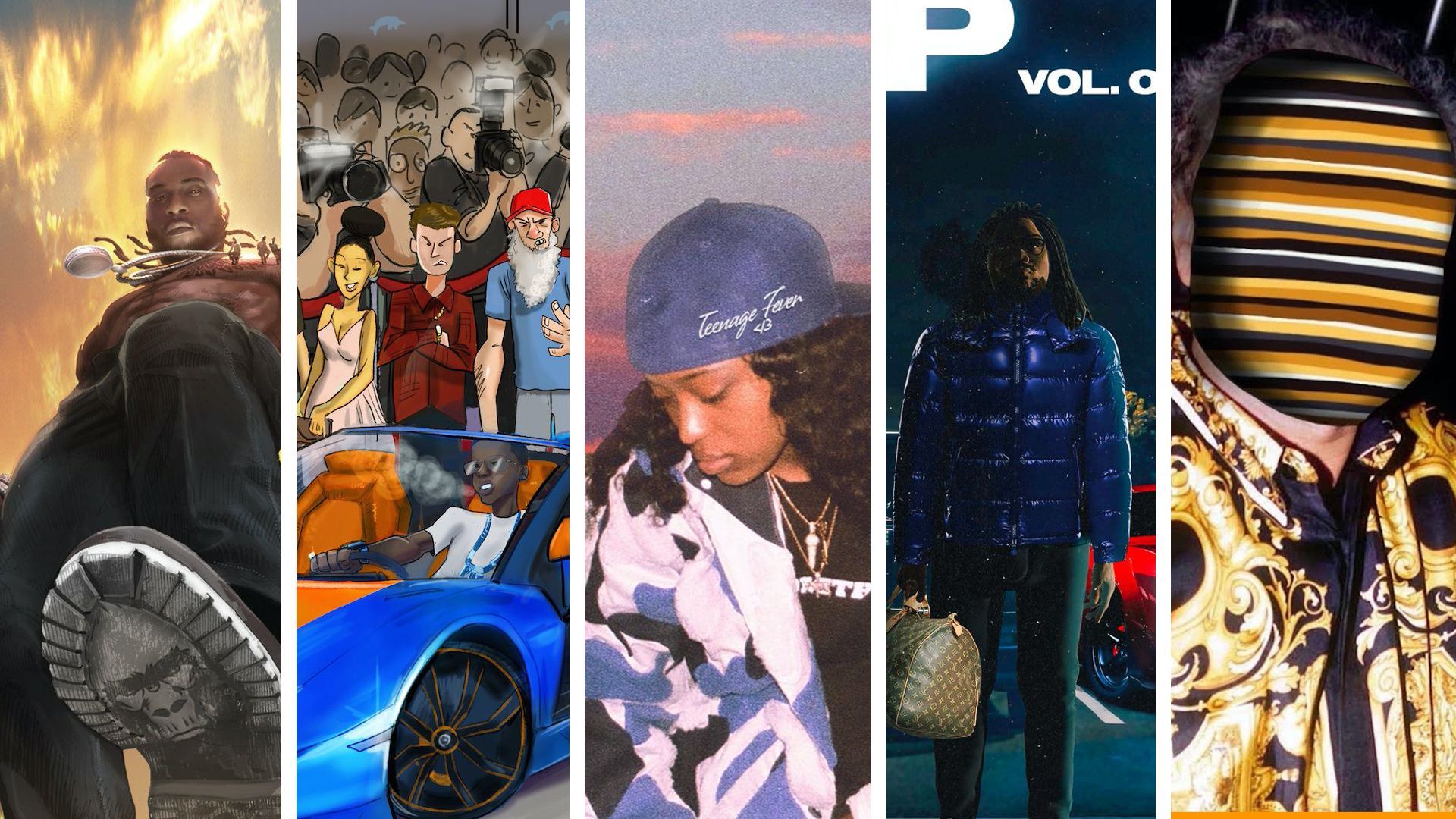 Burna Boy keeps getting bigger. The African Giant is now Twice As Tall and fully embracing his role as global hit-maker. Executive produced by Diddy, and featuring Coldplay’s Chris Martin, London grime ambassador Stormzy, hip-hop icons Naughty By Nature and more, the album is expansive in reach but fully the vision of its Nigerian auteur, who deftly mixes afro-fusion, hip-hop, dancehall and more in an accessible sound that covers a broad swath of themes both uplifting and revealing. "It's the album about the struggle for freedom,” he said regarding Twice As Tall in a press release. “It's the album about life in general, real life, good times, bad times, happy times, sad times, great times."

Once known in part for his prolific release schedule—from 2011 to 2018 he averaged over 2.8 projects per year—Young Dolph released only one project in the last two years, the joint album Dum and Dummer with Paper Route protege Key Glock. Rich Slave is “the reality of being Black in this country,” Dolph said regarding the album title. “You can have money, and you can be a benefactor and a leader in your community, but all people see is Black skin.” Joined by Key Glock, Megan Thee Stallion, G Herbo, and a small group of behind-the-boards collaborators (Bandplay, Sosa 808, Juicy J, Drumma Boy, Supah Mario, Cassius Jay), Rich Slave is more unfiltered, booming trap rap from the Memphis king.

Kaash Paige wants to be the face of Def Jam. Last year’s Parked Car Convos primed the Dallas native as a songbird crafting love songs for a new generation. Teenage Fever, her debut album, presents a clearer picture of the young R&B artist, touching on love, lust, loss, success and the pitfalls of fame. Throughout its 13 tracks, Kaash remains emotionally vulnerable, but still cooler than you. Features include Don Toliver, 42 Dugg, Isaiah Rashad, K Camp and ssgkobe.

03 Greedo’s newest full-length is produced by fellow Watts native Ron-RonTheProducer, responsible for constructing the sonic backdrop for LA’s unruly underground rap scene over the last few years. Load It Up Vol. 1 is a return to the incarcerated rapper’s “creep music” roots, and his fourth project release since beginning a 20-year prison sentence in 2018. “It’s music for the people in the streets trooping, doing drugs, and tripping,” Greedo said in a statement about the album.