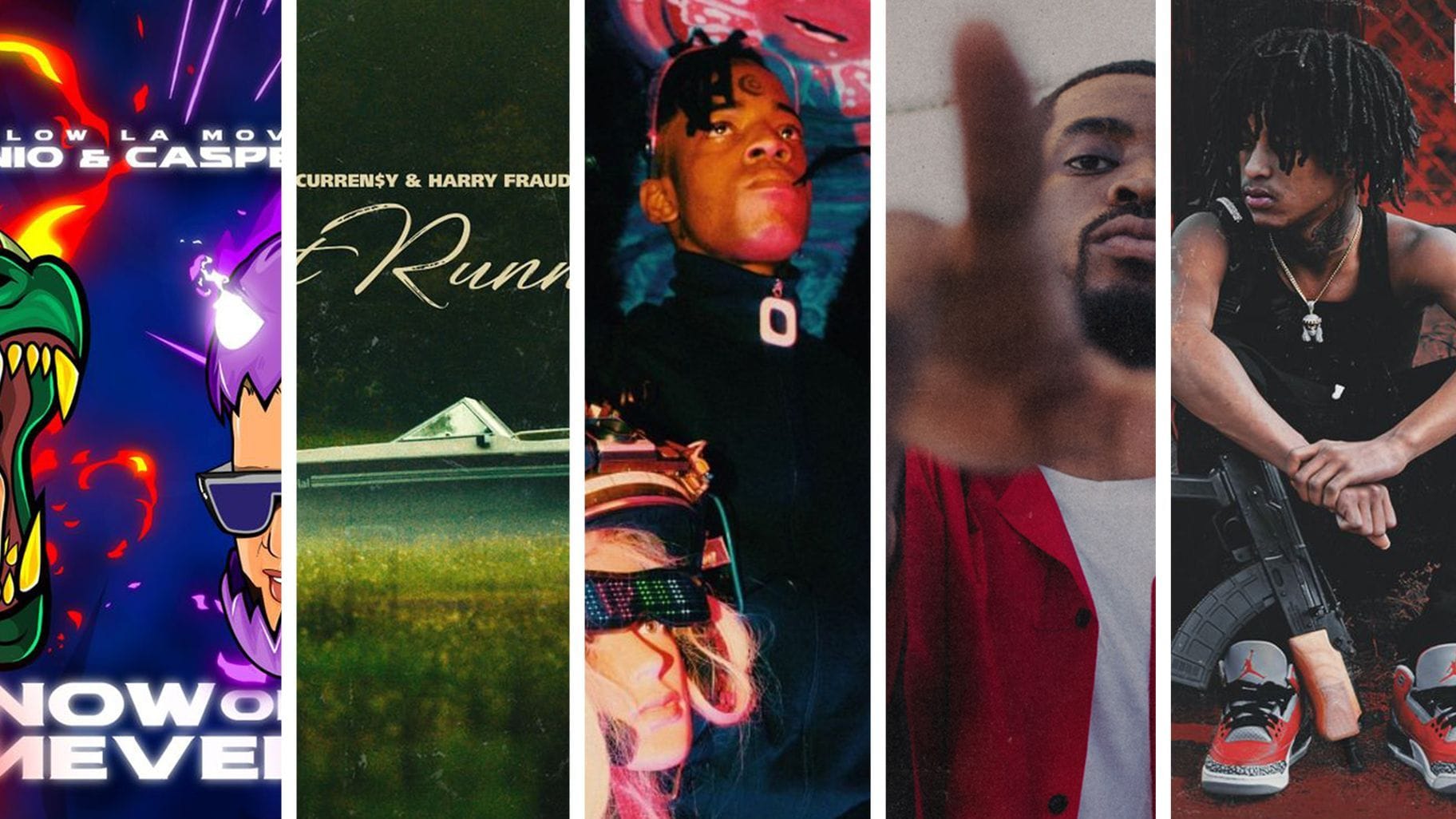 As solo artists, Nio García and Casper Mágico are two of Puerto Rico’s most promising hitmakers. Together, the chemistry is obvious, resulting in a club-ready union of reggaeton and Latin trap. Two years after the release of their breakthrough collaboration (with Darrell) “Te Boté,” included here in its remixed form, the duo has linked up for a full-length album that combines their past hits with 12 new songs.

With nearly two decades and over 80 projects under his belt, Curren$y has little left to prove. The New Orleans lifestyle rap icon long ago cemented his mantra of weed, cars, clothes and more weed. Still, The OutRunners, his latest outing with New York producer and sample maven Harry Fraud, feels special. Two stoned stalwarts operating at the top of their games, while old pals Wiz Khalifa, Rick Ross, Conway and Jim Jones come through for the victory lap.

Since 2017, Atlanta rapper Thouxanbanfauni has released multiple projects per year, holding down his lane as an underground force. CLAIRVOYANCE is full of zonked, bass-heavy bangers that sound like they’ve been run through a wash cycle to properly warp into distorted fun. Standout “ULTRA VIOLET” operates as a hypnotic groove, while Lil Yachty, 12TilDee and Black Kray provide guest features.

Toronto native Joël is carving out a lane in the Canadian R&B space. GRUNGE GOSPEL, his official debut, packages together his two impressive EPs released over the last 10 months along with a heartbreaking new song, “Well Done,” recorded in the wake of losing his grandmother earlier this year. The clash of gospel and grunge influences results in a tender, therapeutic brand of relatable R&B.

Only 15, Nuski2Squad sounds older than his age might indicate. His measured tone carries emotional weight, and his subject matter is sobering. Considering the artist dealt with both homelessness and the loss of his father last year, he's had to face harsh realities at a very young age. The rapper's songwriting ability is also beyond his years, dealing in the same pain-inflected melodic street music as Polo G and featured artists Quando Rondo and Yungeen Ace. Lost Child is the first project from one of St. Louis' most promising voices.