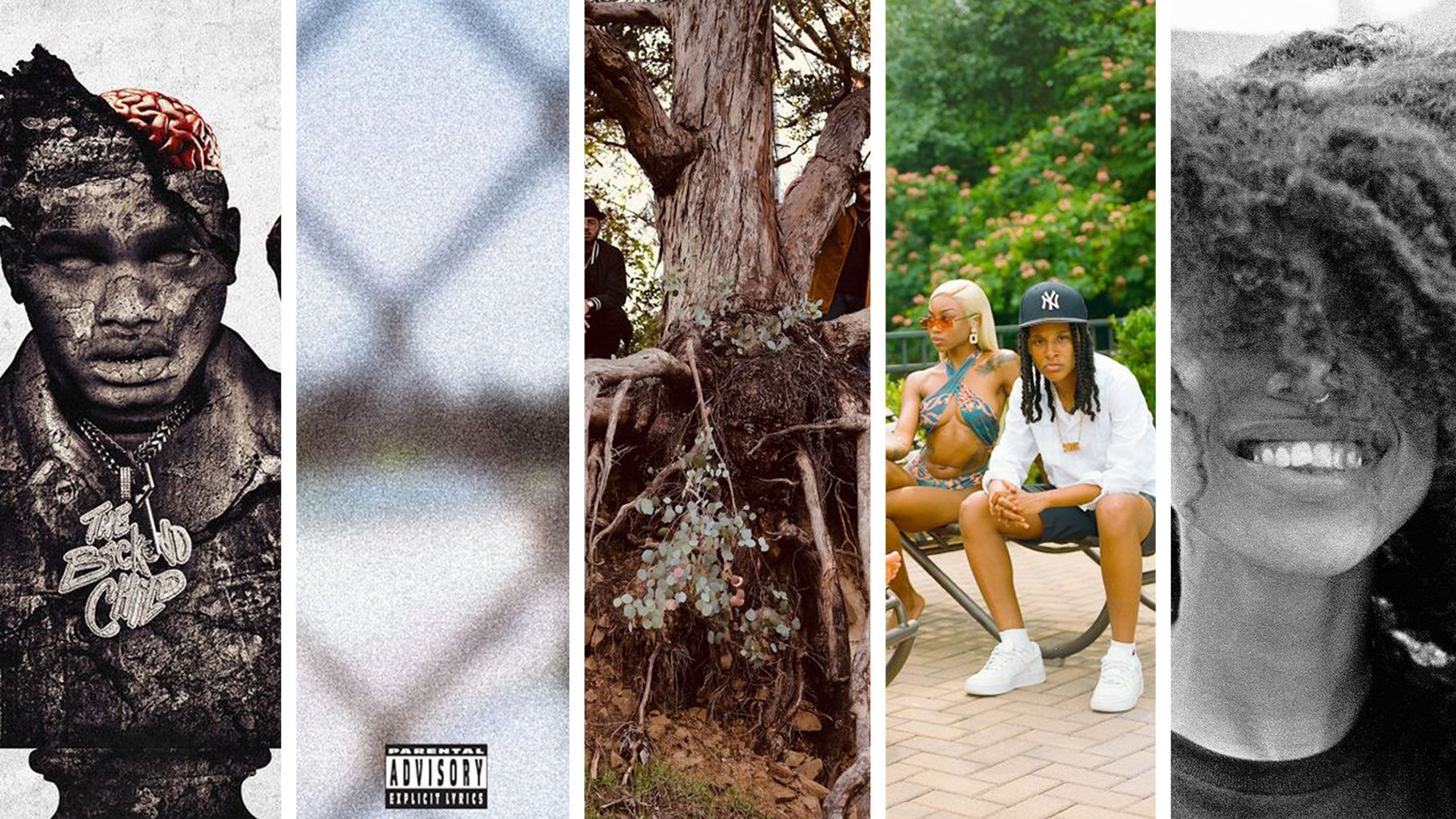 Balancing goofy puns (“If I was a waitress, I prolly still wouldn't serve 'em”) with the solemn, often revelatory introspection (“Have you ever been all alone and you was still seein' people?”), NoCap strikes a syrupy, Auto-Tuned chord between lighthearted and reflective. Steel Human, the Alabama rapper’s fourth solo mixtape and first since being released from prison earlier this summer, features DaBaby, Lil Uzi Vert, Boosie Badazz, and Jacquees. Plus, plenty of melodic, guitar-led production.

Jay Worthy is a perpetually cool G-funk specialist. Shlohmo is a master of spacey, moody production. Jay Worthy’s music is tailored for sunny LA blunt cruises; Shlohmo’s for late-night solitude. Yet, the two respected underground forces have combined for one of the year’s sharpest sub-20-minute releases, with P Worthy’s blunted drawl melting into the warped warmth of the the WEDIDIT producer’s beats. A Krayzie Bone feature is the a cherry on top.

The first album in eight years from Los Angeles-based duo Blu & Exile, Miles is another album of “honest, relatable, or healing” music from the rapper-producer tandem. At 20 tracks, the double album keeps to its theme of going the extra mile.

Read our interview with Blu & Exile about the making of Miles.

Dripping with laid-back charisma, Auntie Naj is one of New York’s burgeoning talents. Singles like “Trophy” and breakout “Feel So Good” from last year's Baby Loco announced the Brooklyn rapper’s arrival, and her new EP Summer With Auntie further showcases inventive flows (“See Ya”) and ability to flip classic samples (“That Shit Wack”).

The new eponymous album from Lianne La Havas sounds like you were lucky enough to slip into an intimate performance. Jazzy, soulful, full of live instrumentation—it undulates and wafts like smoke filling up a room. It’s the first full-length in five years from the London-based singer-songwriter, who handles production duties in addition to her stunning vocals. Regarding the LP, she said, "What plays a big role in the album is the idea of the life cycle of plants and nature—equating this journey with a seasonal thing that blooms, thrives, goes away, and comes back even stronger."