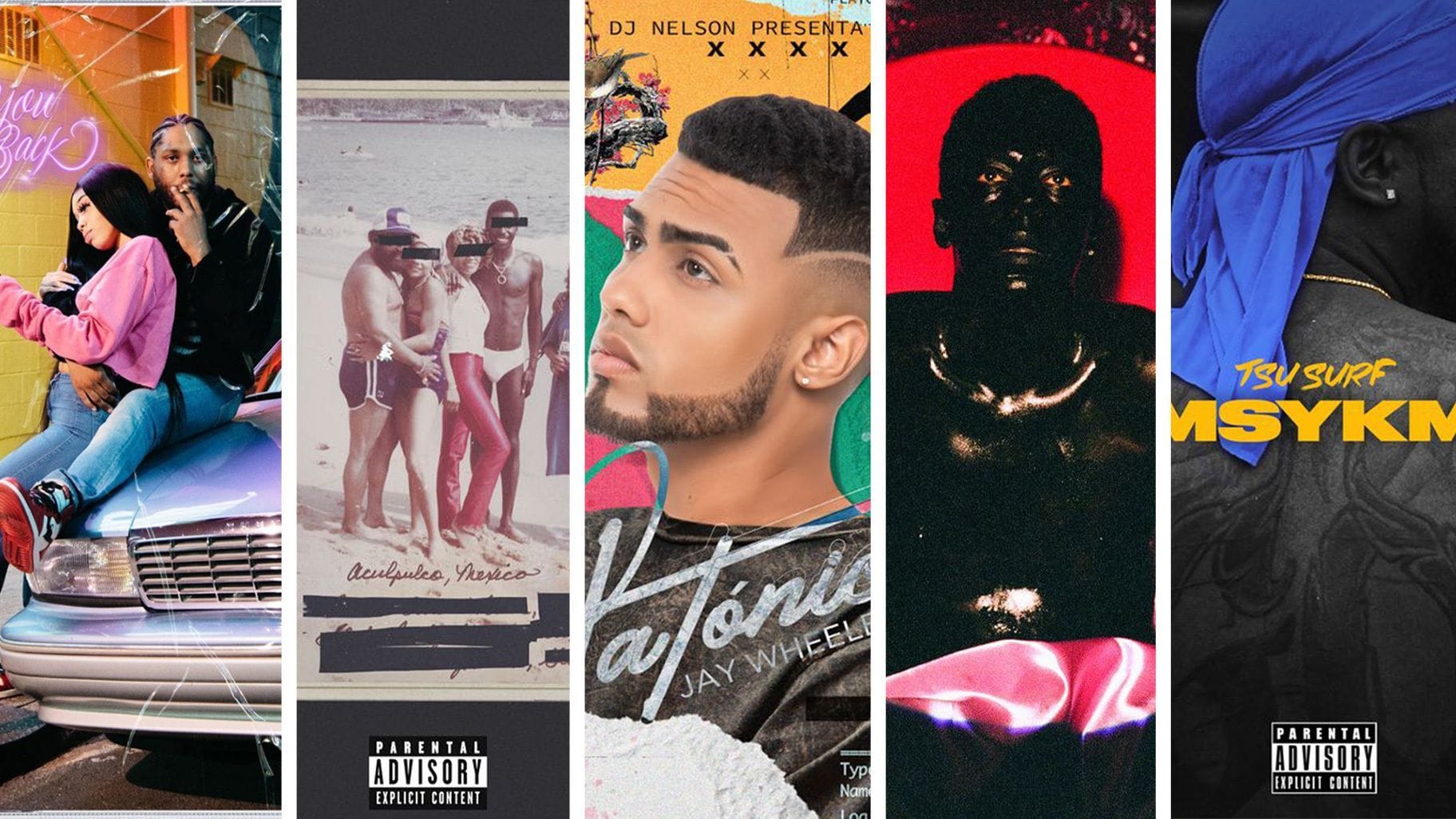 As one of rap’s premier tastemakers, KEY! has spent his career contented as an Atlanta underground king while effortlessly influencing countless artists with his innovative flows and ad-libs. I Love You Say It Back follows last summer's SO EMOTIONAL and 2018's 777, his breakout collaborative full-length with producer Kenny Beats. "Don't mind me, I'm vibin'," he says on his latest album, which blends bright and bouncy trap with emotional crooning. We don't mind at all.

In late February, the music video for RMR’s “Rascal” went live. In it, he rocks gold fronts, a gold-embroidered black ski mask, and a Saint Laurent bulletproof vest while brandishing an assortment of firearms and crooning a sweet Rascal Flatts interpolation that covered heartbreak, scamming, and police threats. It obviously went viral immediately. DRUG DEALING IS A LOST ART, the first project from the still-anonymous masked singer, upholds the mystique while offering a deeper glimpse into his world of debauchery. Future, Lil Baby, and Westside Gunn assist, but the captivating newcomer remains the star of the show.

Last year, Jay Wheeler released Platonico, a collaborative debut album with mentor and reggaeton legend DJ Nelson that solidified him as one of Puerto Rico’s most promising talents. With Platonicos, that promise is delivered on with a star-studded sequel from the duo that features Brytiago, Myke Towers, Miky Woodz, Alex Rose, Casper Magico, Nio Garcia and more.

Startisha, the new album from Naeem, is his first in nine years and also the first to be released under his real name. The artist formerly known as Spank Rock spent years touring and collaborating with eclectic, genre-bending artists like Bon Iver and the Avalanches, and his new full-length reflects his creative evolution. Having stripped away his prior persona, he freed himself from expectations; Startisha is the result of pulling together disparate influences and experiences to create something bold and uniquely personal.

Tsu Surf is a lyricist. The Newark, NJ native channels the aggression and wordplay he's honed over years on the battle rap circuit into gripping music that ruminates on the harsh realities of the streets. On MSYKM (a.k.a. Make Sure You Kill Me), he links up with likeminded no-nonsense rappers Mozzy (with whom he released a joint mixtape last year), Benny The Butcher, G Herbo, and Jim Jones, amongst others.