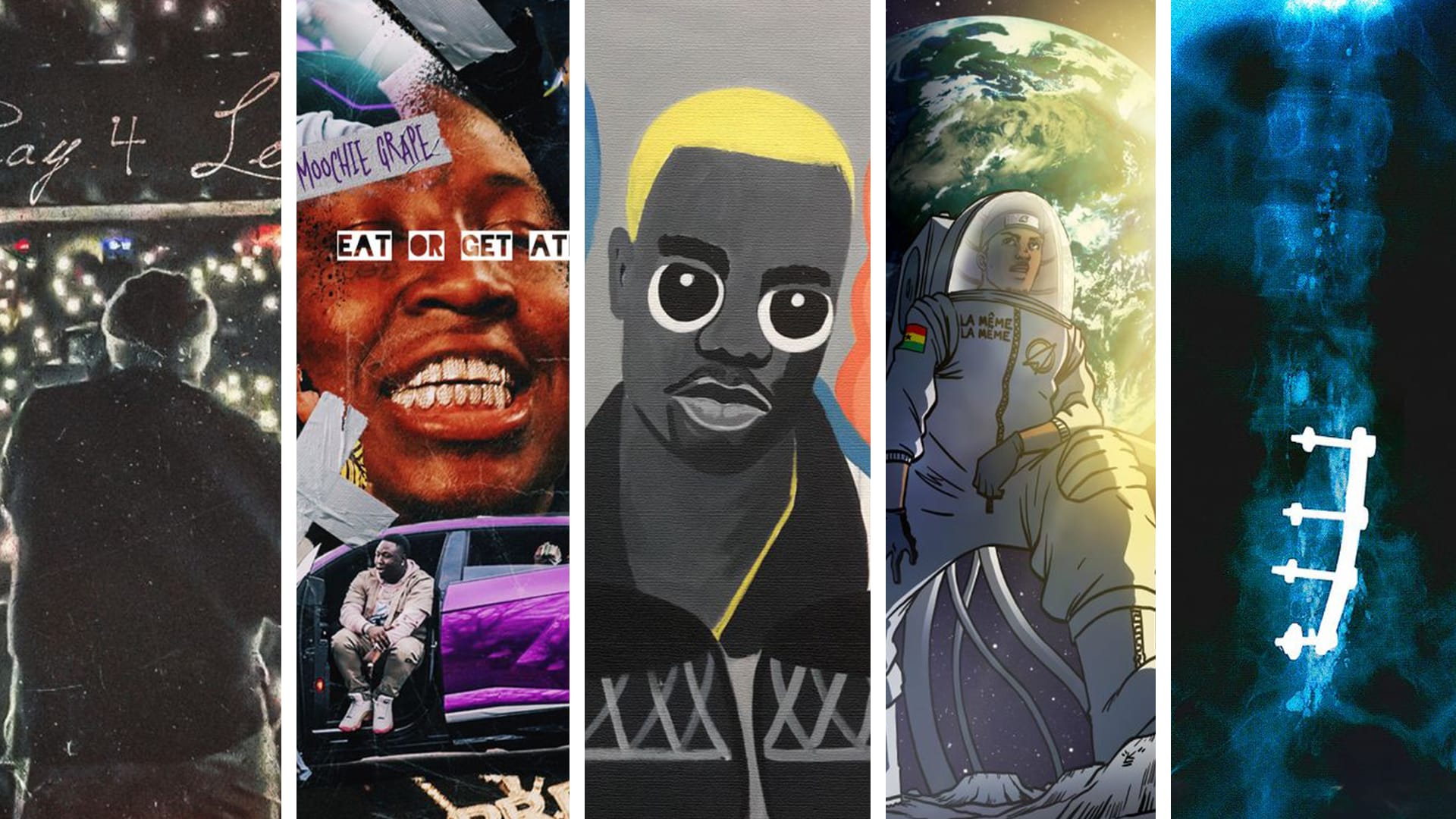 Listening to Rod Wave’s music is like taking a mental health day. The Florida singer and rapper has exploded in popularity over the last year churning out soulful trap ballads centered around pain, tragedy, and heartbreak, and ultimately overcoming that pain, tragedy, and heartbreak. Pray 4 Love is Rod Wave's sophomore studio album, arriving just five months after his proper debut, Ghetto Gospel, and finds him further refining his signature sound. Just be ready to be in your feelings.

Big Moochie Grape is next up from Paper Route EMPIRE, following the lead of label boss Young Dolph and the breakout success of Key Glock, and Eat Or Get Ate is a proper introduction. Produced by PRE's Bandplay, the EP is the hard-hitting debut from the East Memphis rapper, full of colorful, get-rich-or-die-trying bravado and absent of any guest features or filler.

Kpanglogo is the highly-anticipated debut album from La Même’s most prominent member. With features from West Africa’s biggest music stars (Mr Eazi, Runtown, Stonebwoy, Peruzzi, King Promise), it’s a bright release from the Gang’s breakout star that references the past but looks toward the future.

NASA: Thanks For Flying, from La Même’s production maestro Nxwrth, is a true Gang affair, as all members (Darkovibes, RJZ, $pacely, Kiddblack, Kwaku BS)—along with other rising Ghana artists like Ria Boss and Tsoobi—trade bars, hooks, and Auto-Tuned hums over the producer’s futuristic beats.

In 2017, UK producer JOYRYDE underwent spinal surgery for a collapsed disk. His long-awaited debut album BRAVE was born out of the years-long rehabilitation that followed, an excruciating period of medication and subsequent weaning-off that caused hallucinations, insomnia, pain, and more. “I’ve never felt better,” he says of his recovery and current mindset. Nevertheless, the results from the ordeal are 18 tracks of adrenaline-fueled bass house, manic breakdowns and mind-numbing drops.