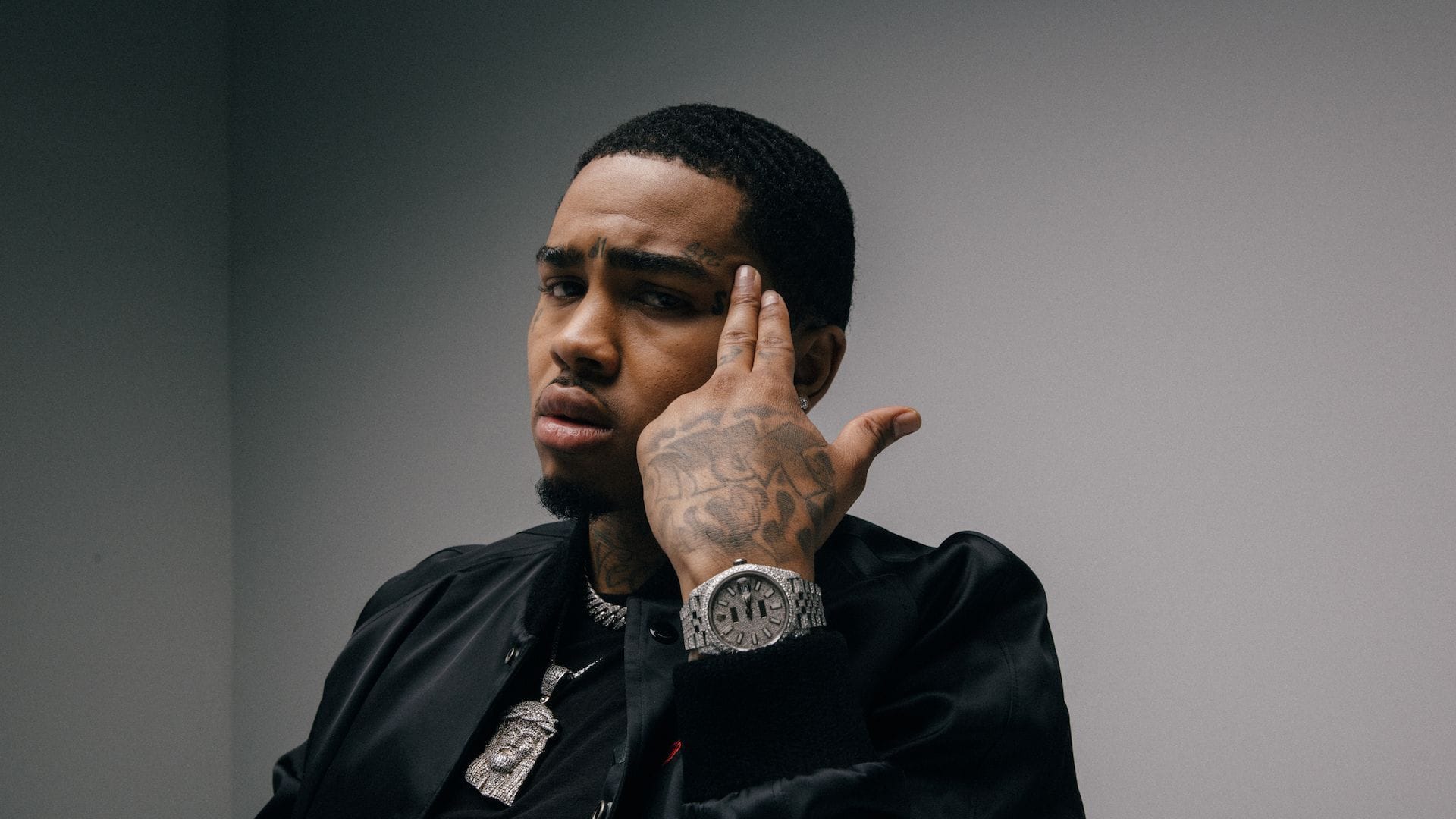 Nechie’s voice is powerful. Growing up in the College Park neighborhood of Atlanta’s Southside, Nechie’s high-pitched rasp endeared him to many in his community, including his neighbor Gunna. Music was a fun outlet for Nechie but took a more serious turn after a close friend’s death in his teens. Nechie’s conviction was supercharged, giving his music a greater sense of purpose. His output led him to work with artists like Kap G and Rich Homie Quan, which eventually led him to connect with Young Thug. He went on to release his debut album, Southside Nechi (The Full Story), in 2019.

Shady Baby, Nechie’s latest project, released on January 29 and executive produced by Gunna, is rooted in his signature brand of Atlanta grit and confidence. On songs like “No Lackin’” and “High End,” he practically bursts through the speakers while bringing the College Park streets he knows and loves to life. Even the softer “Scars” mixes rough-and-tumble aesthetics into tender stories about Nechie working his way to the top for the people he loves.

“At the end of the day, I always stood on my side, and I was representing,” Nechie says to me over the phone. “I have a more gritty sound than my peers around me because it’s a different taste to my music. My stuff has more of a hip-hop flow than a bounce flow.”

After years of hard work, Nechie’s voice and perspective are finally being recognized as vital to the advancement of his city. “I’ve been here,” he asserts as our conversation ends. “I look at myself as being very active. I’m looking to make a mark.”

When did you first decide you wanted to make rap music? I understand you lost one of your best friends when you were a teenager.

As a young dude, I always liked the music. It just stuck with me. I loved the craft of making music. [Losing my friend] was definitely another fuse. It lit the spark and inspired me to put the energy into all this. That’s what makes the music powerful: what makes you do it. 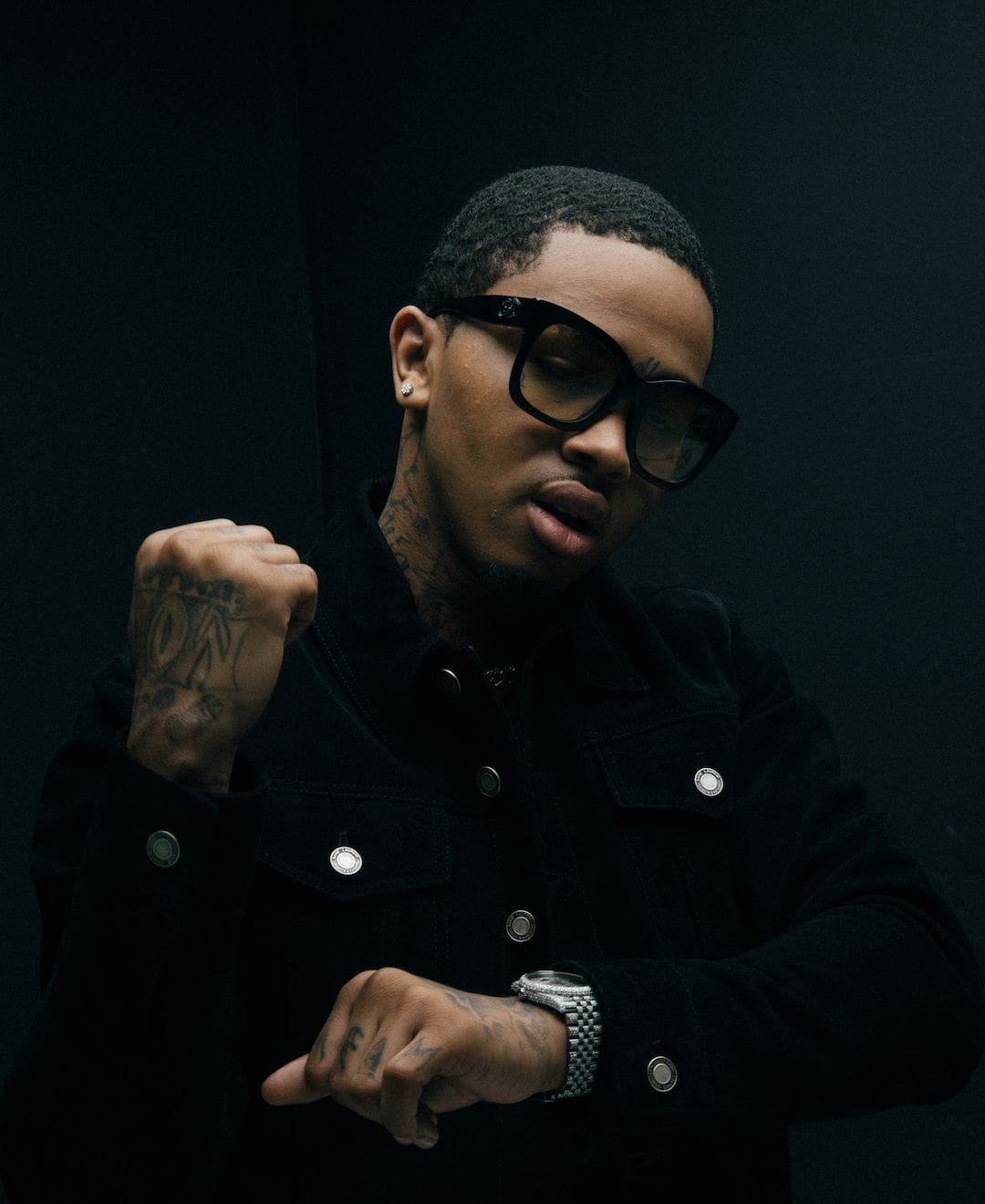 When did you first feel confident in your ability to create music?

When I started seeing other people I knew blow up off of it. At that point, I was like, “Oh, this real.” I was probably about 18. When I saw other people from the city limit pop off, I knew it could be done.

Atlanta is one of the most crowded rap markets in America. How did you manage to stand out and command attention within the city at that time?

I’m from College Park, Southside of Atlanta. At the end of the day, I always stood on my side, and I was representing. That made me a household name, “Oh, that’s Southside Nechie.” The music flows a little different because of that.

One of my favorite aspects of your music is your voice. It’s distinct and jumps right out at you.

It’s a lot of energy. My voice is rare because it’s high-pitched, but it’s a strong high-pitch. I love being able to stick to my cadences, but my delivery is powerful and makes it stand out.

Do you consider your voice a factor in how your music connects with people?

What else do you feel sets your music apart from your immediate collaborative circle and the Atlanta scene at large?

I have a more gritty sound than my peers around me because it’s a different taste to my music. My stuff has more of a hip-hop flow than a bounce flow. I can just say it’s rough.

What was the first thing Young Thug, Gunna, and YSL noticed about you before they took you under their wing?

It wasn’t even something that stood out because me and Gunna was friends. We’ve known each other since we was young. It was natural. I’m more aggressive and street, so that’s what helps me stand out against them.

Gunna’s voice is more smooth, so having you around made for a nice contrast.

He and I are the yin and yang sign.

How did y’all first meet?

We was next-door neighbors. How many years I’ve been living there is how many years I’ve been knowing him. We could be on the phone with his momma and my momma at the same time. That’s real family. Our OGs from the neighborhood introduced us to [Young Thug]. I was always rapping and doing features with Kap G and Rich Homie Quan. When I first met Thug, he already knew I was rapping. When we connected the dots, everything else was history.

Early on, did Thug ever give you any advice?

Is making music a cathartic experience for you?

Yes, it is. It’s cool to me because this is what it’s about; every rapper ain’t doing nothing but telling their stories that they’ve seen and lived. It’s like a diary. It’s easy for me to do that because I don’t like rapping about stuff I don’t know.

There’s so much going on in our heads. We don’t know anything better than ourselves.

Right, right. The mind is a book, like a journal. It don’t do nothing but keep memories, and you gotta find that outlet and let it out. Whether it be through art or writing or voice or anything. The mind is a safe, and there’s so many great things for people to be able to figure out how to unlock it.

The city of Atlanta is a prominent character in your music. What’s your favorite aspect of the Atlanta music scene?

It’s real. One thing about Atlanta is you can come to this city and see your hero eating at a restaurant and realize they’re just regular people. It’s what makes Atlanta so pure because it’s the city of gold. You can hear all these things in the music, but then you can come to the city and actually see them. You have to be here to have that sound. You won’t understand it until you come here and see that it’s beautiful. Atlanta’s been influencing things for a minute now, man.