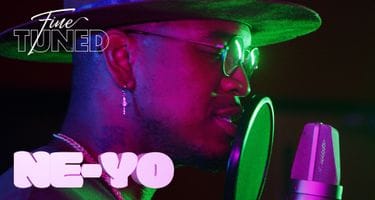 Ne-Yo is an R&B legend. Before rising to fame in 2006 with his debut hit single “So Sick,” the Arkansas-born, Nevada-raised singer was penning hit singles for R&B artists like Marques Houston, Mario and more.

With almost two decades in the game, Ne-Yo has found a way to remain in the hearts and souls of R&B heads everywhere with the release of eight studio albums, and countless singles and features over the past 14 years.

Now, Ne-Yo is back with the melodic, Jeremih-assisted “U 2 Luv.” The earworm feels like a late-night jukebox jam with an addictive remix featuring hip-hop mainstay Lil Durk and young R&B rising icon Queen Naija.

For Fine Tuned, Ne-Yo performs a medley of his three songs “So Sick,” “Do You,” and “U 2 Luv” in a compelling storytelling fashion.