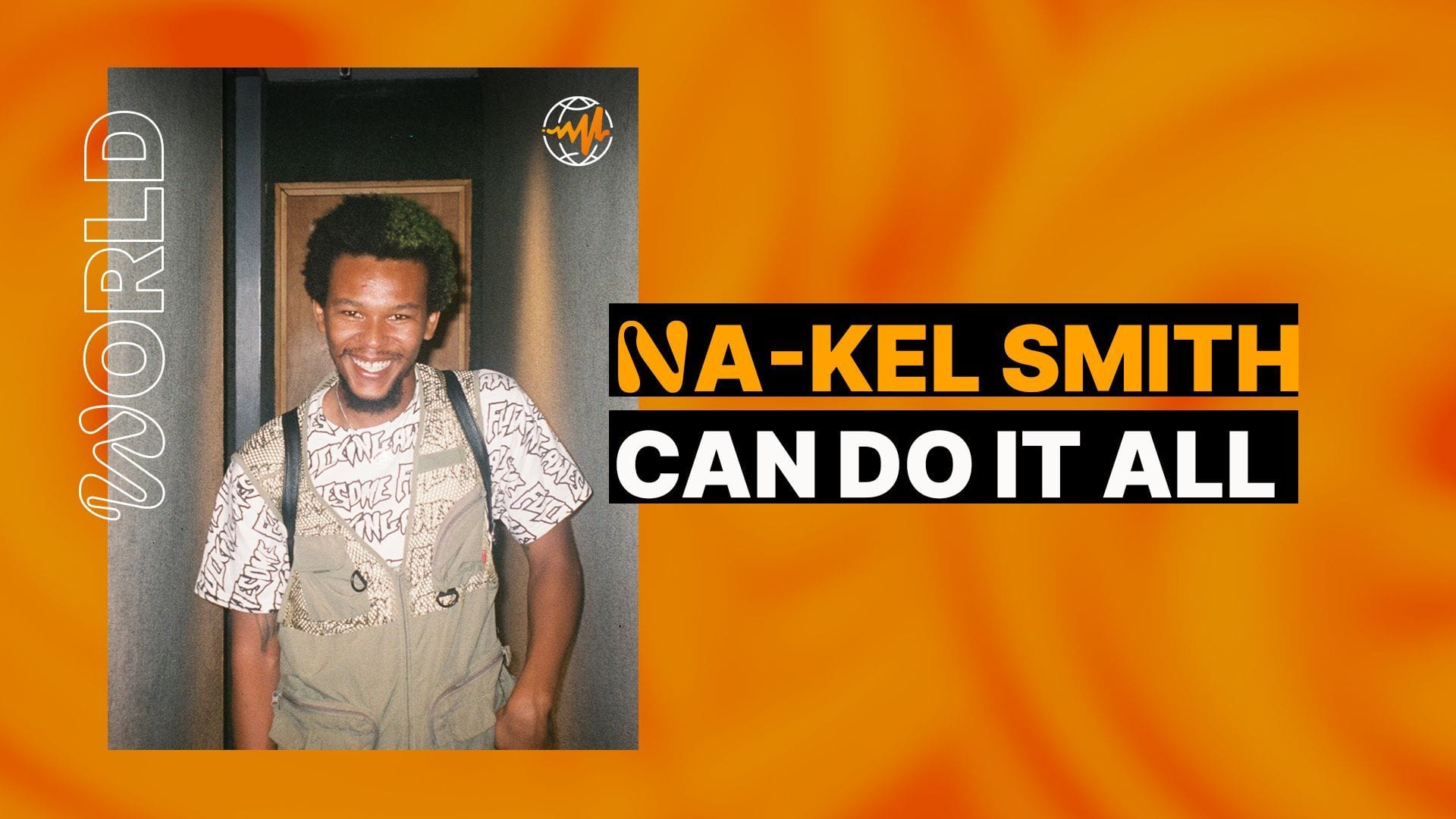 Na-Kel Smith has held several titles over the last decade: professional skateboarder, actor, rapper, fashion designer, and hellraiser. The California native grew up under parents who put him onto every kind of music imaginable. “My mom was like an encyclopedia, so the household was full of knowledge,” he tells me over the phone. As he got older, he took up skateboarding and became an unofficial member of Odd Future, regularly appearing on songs, in music videos, and on the crew’s Adult Swim show, Loiter Squad.

It wasn’t until 2015 when he recorded a heartbreaking guest verse on Earl Sweatshirt’s “DNA”— a standout from Earl’s sophomore album, I Don’t Like Shit, I Don’t Go Outside—that Smith understood the true value of music. This experience, combined with the time he spent touring with Earl, inspired him to learn how to record himself and sharpen his musical craft. His latest album, A DREAM NO LONGER DEFERRED, named after the label he recently founded, is the most focused and complete album of his career.

While the album features plenty of aggro energy (“ROUGHONE,” “722”), Smith also leans toward softer melodic sounds on songs like “CHECKMATE” and “4UTOBAHN420AM.” Balance is a recurring theme throughout our conversation. By learning to channel his energy through music properly, Smith feels better equipped to tell fans that their dreams are more attainable than they might realize: “I want everyone to know that anything I’m doing or that I’ve done, you can do all this shit, too.” 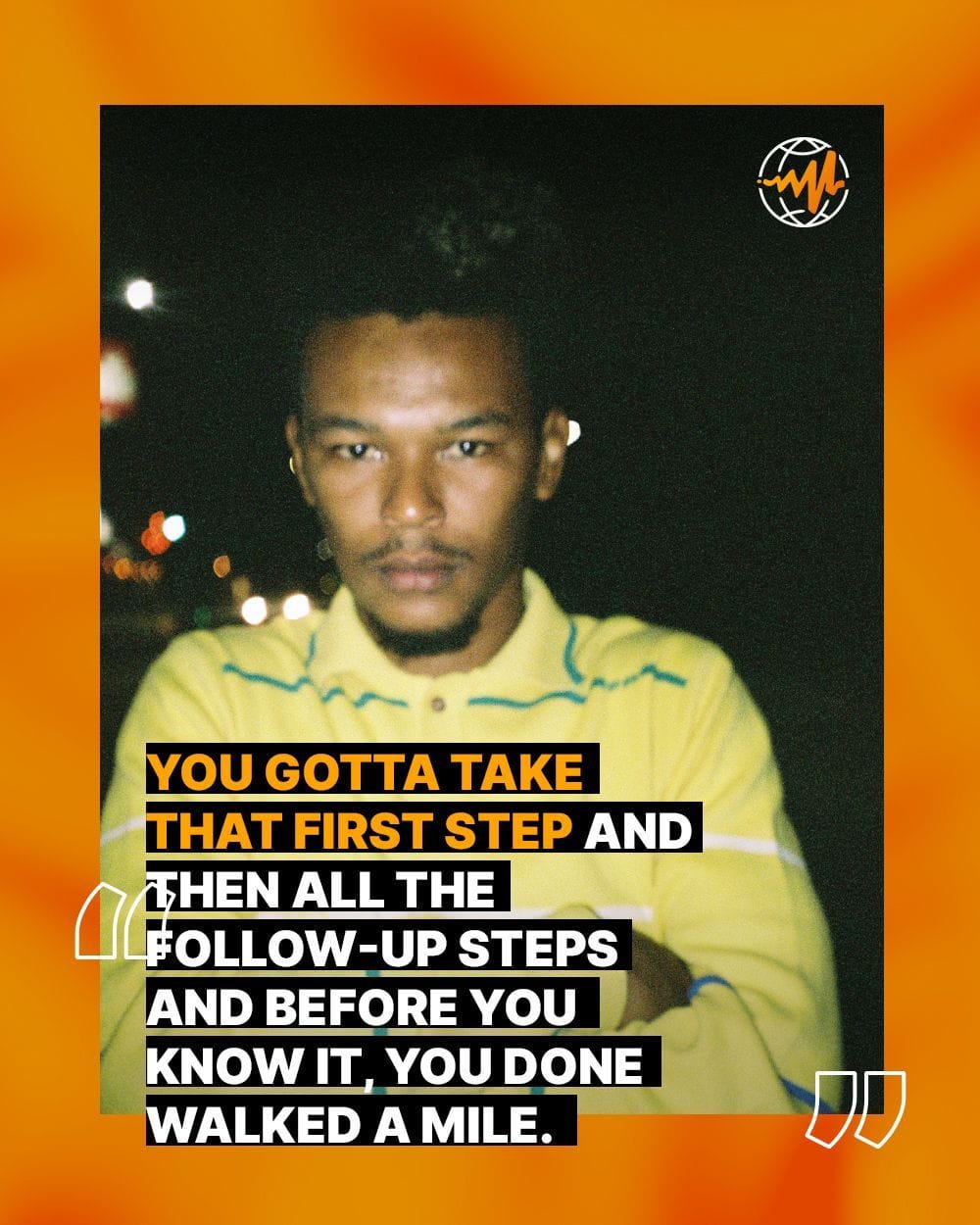 When did you first decide to take music seriously?

After I went on tour with [Earl Sweatshirt]. We did the shit and niggas got paid, and I was thinking about my schedule. I had hurt myself, and I didn’t wanna fuck my ankle up, so I couldn’t skate like I wanted to. Instead of fake skating and fucking myself up more than I wanted to, I figured I’d just go on tour with bro.

Was there a special quality about music that inspired you differently than skateboarding did?

I got addicted to that feeling of making a song. You can put your thoughts together. When you skating, you just trying to not think. Me and [Earl] were talking about choosing your role and everything that comes with that the other day; knowledge, articulation, and perspective come with making music. You gotta be knowledgeable on all bases, and skating’s not like that. You just gotta be tough on the outside and have endurance. You gotta have skater IQ to know how to put tricks together but making music was something that was embedded within me. It’s something you gotta tap into, and I wasn’t really fucking with tapping into it.

You know when you’re a kid, and you reject everything around you because you wanna be your own person? “These are the things I like and you guys can’t like them. This my secret life.” Maybe I’m just hard-headed, but when people tried to put you onto it, even if you were receptive to it, you’re still like, “Eh, I’ll see.” Then, you listen to it on your own, and you love it.

I realized no one really knows shit. It’s too much to learn in the world to know everything.

Let’s talk about the album title. When you say A DREAM NO LONGER DEFERRED, are you talking about other people not recognizing your talent or you finally acknowledging your own talent? Or is it just a dope Langston Hughes reference?

The way I even came up with the name is crazy. I was in Japan, and I saw these security guards wearing hats with the word “Defend” written in a box on some Supreme type shit. I thought to myself, “Damn, what word looks like ‘defend’?” I wanted to make the hat myself with a different word, and I wound up on “deferred.” Maybe I was subconsciously influenced by the [Langston Hughes] poem, but I don’t remember reading it until niggas told me it was like the poem.

I ain’t never thought about it as people not acknowledging my talent. The project is just a way to get people familiar with the name and shit. A DREAM NO LONGER DEFERRED is my child. Being a professional skater, I have a lot of control over my career and my projects, but at the end of the day, there are certain things that have to be approved because I’m partners with people. If you don’t wanna get frustrated with all those politics, make your own shit so you can make the rules. That’s what A DREAM NO LONGER DEFERRED is: whatever I dream of, I’ma do that shit. It’s not just a music thing or a clothing company; it’s literally whatever I can think to do in my life. 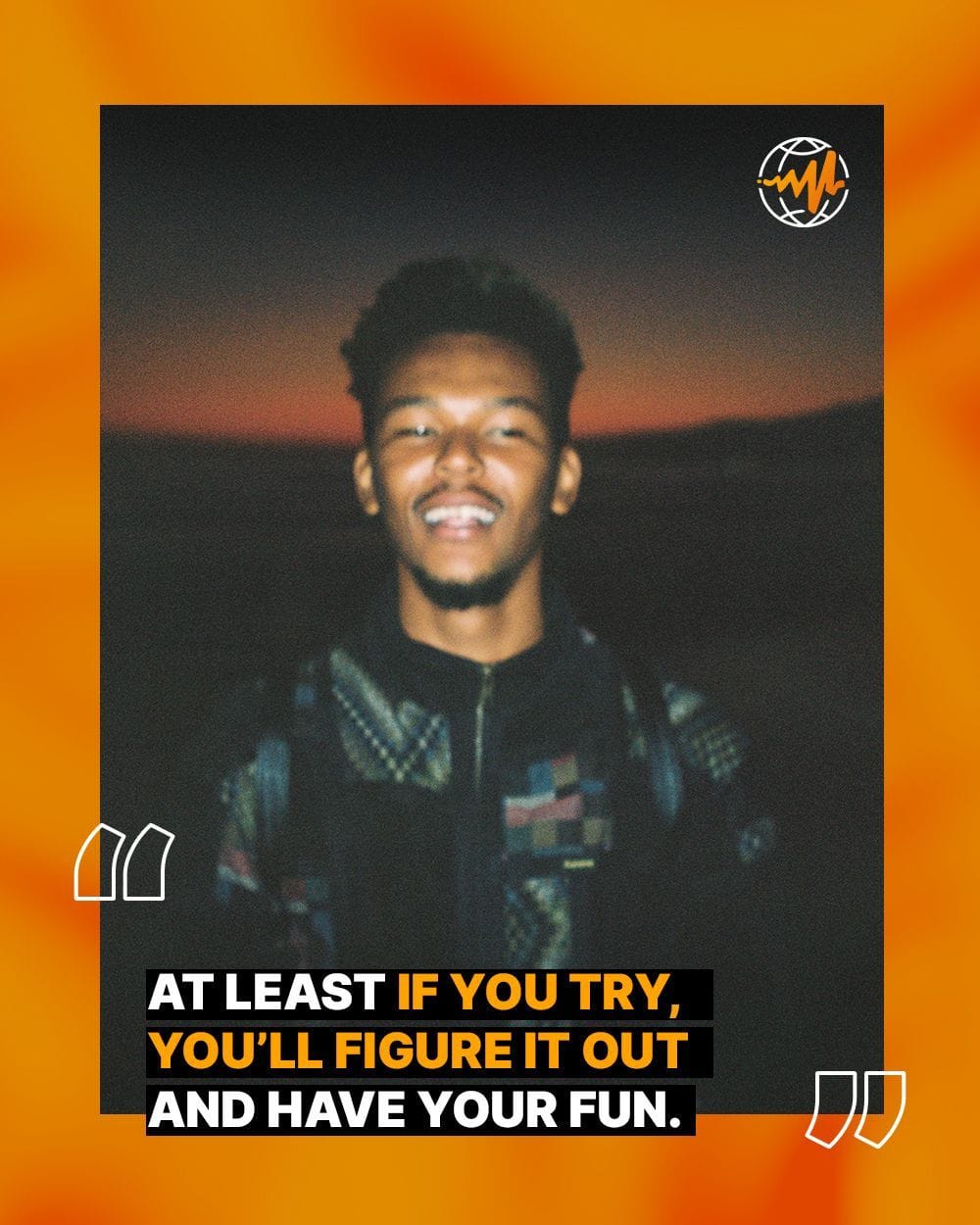 You’ve released three full projects over the course of the last few years, including your most recent, A DREAM NO LONGER DEFERRED. How would you say you’ve improved the most as a musician from when you first started?

I learned how to record myself. In 2019, I wanted to learn how to rap. A lotta niggas be at the party freestyling while they’re faded and shit. I did it all the time, and I realized I was kinda good at it. I knew I could put the shit together if I polished it. I eventually learned I could make one song from start to finish. Then, I learned I could make seven or eight songs start to finish and pick which ones get taken off type shit.

I’m also getting better at being able to not just put songs together but make different kinds of songs. I don’t want everything I put out to be super aggressive. I be making sad songs, and turnt songs, and those are the best songs to make because you can feel those. I’m trying to figure out how to get that in-between where I can say meaningful things that have some kinda energy without needing to scream in your face. I’m just learning how to maneuver through emotion without being dramatic.

What would you say is the album’s ultimate takeaway message about you as an artist?

To be honest, it’s really just a bunch of loosies. If you fuck with messages or ideology within the music or you like the production or anything about it, I appreciate that.

More than anything, I want everyone to know that anything I’m doing or that I’ve done, you can do all this shit, too. All you gotta do is hop off your ass and do what you gotta do. You gotta take that first step and then all the follow-up steps and before you know it, you done walked a mile.

I appreciate that because sometimes, it’s as simple as just telling someone that they can do “it,” whatever it may be.

Exactly. Whatever your dream is, do that shit. It’s better to try than to not try. At least if you try, you’ll figure it out and have your fun.