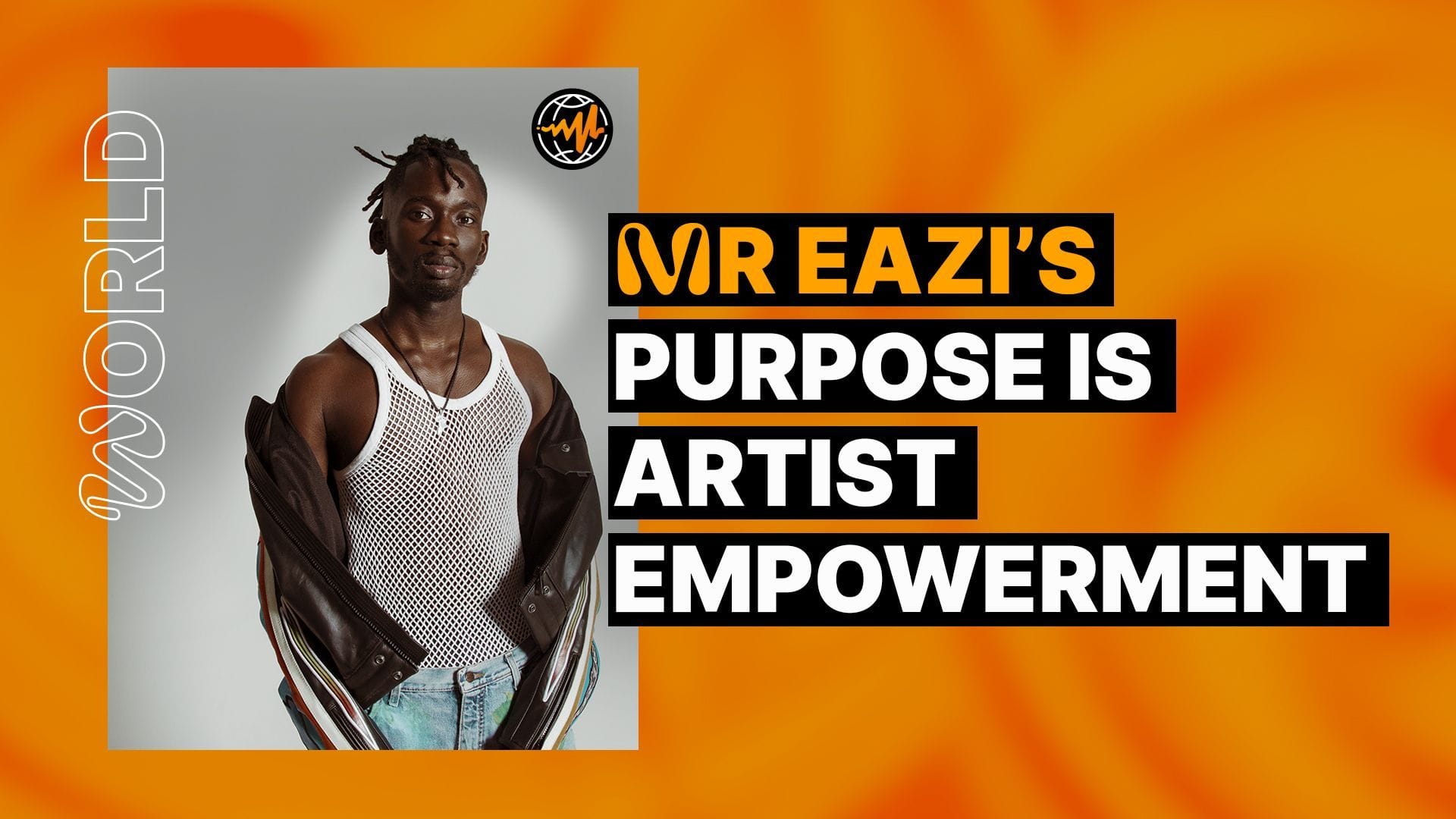 Mr Eazi is one of the few multi-hyphenate artists in contemporary African music who’s been able to draw from his experience living in both Ghana and Nigeria, infusing each respective culture and vibe into his music, his businesses, and his philanthropy.

Eazi coined the term ‘Banku Music’ to encapsulate such exploration, which can be heard through evergreen classics like “Skin Tight” featuring Efya, “Leg Over,” and “Pour Me Water.” Eazi isn’t afraid to reach across the sonic diaspora, yielding genuine collaborations (and bangers) with Bad Bunny, J Balvin, and Queen Bey herself. His innovative and visionary approach has widespread cultural impact, garnering him millions of streams.

In 2021, Eazi returned with his latest project, Something Else. Billed on Audiomack as the “calm before the storm,” the EP’s five songs are a snapshot of the distinct and lively sound Mr Eazi has been cultivating, along with a glimpse into the talent of Eazi’s emPawa Africa incubator program. The EP represents a sense of freedom for Mr Eazi. The ease of Something Else may be something of a surprise, because, like many over the course of COVID-19’s lockdown period, Eazi was stuck in a creative rut. Yet, 2020 saw him shift his purpose to running emPawa as a platform rooted in funding and mentoring emerging African artists.

The pandemic made it a challenge to execute this year’s incubator, as the program was unable to convene physically. Yet, Eazi and partners still made sure to push each artist to their full potential, with the likes of Kenya’s Xenia Manasseh, Zimbabwe’s Donel, and Nigeria’s Namenj being ones to watch. 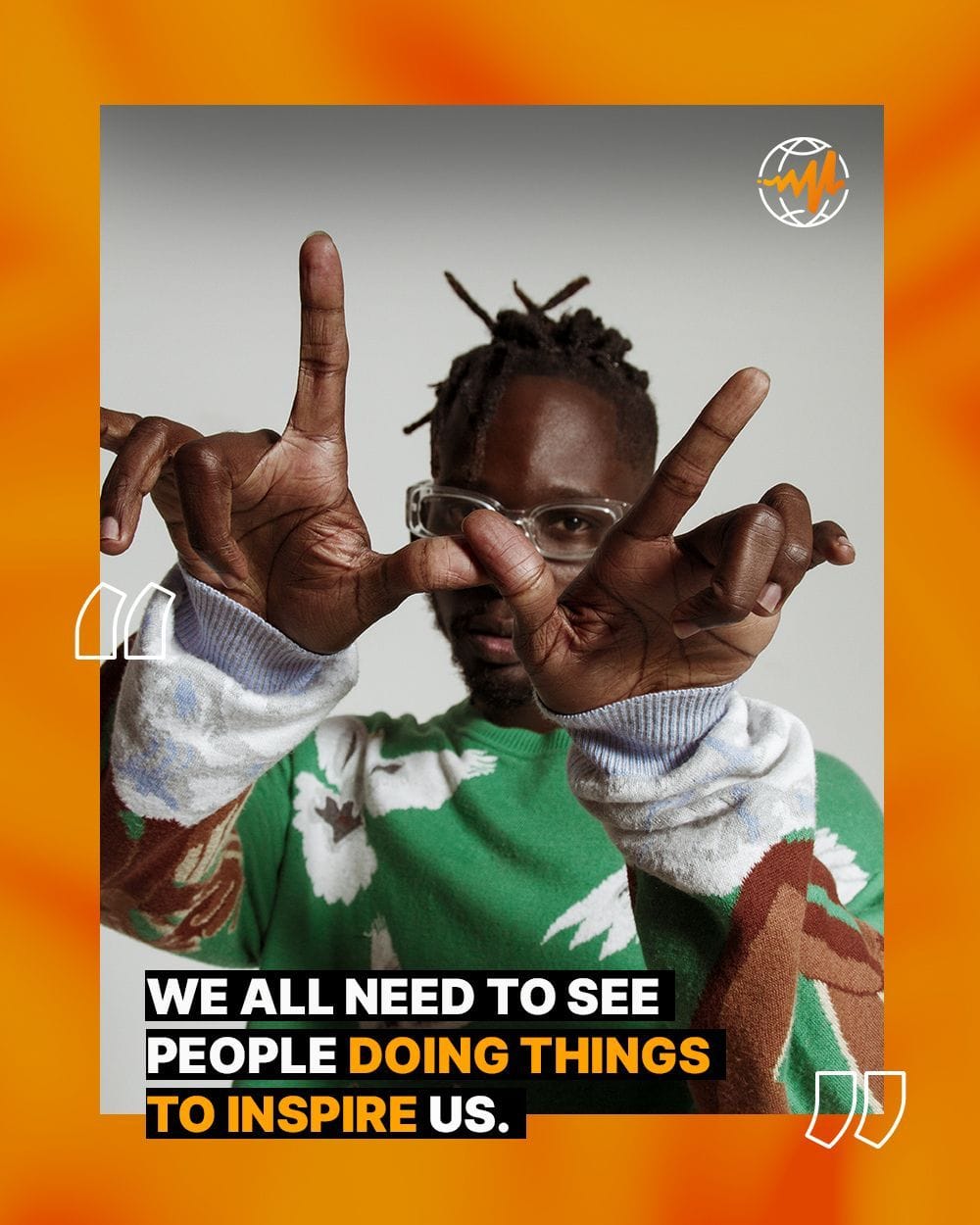 emPawa Africa is bridging the resource gap between raw talent on the continent and the knowledge and support needed to level up. Eazi understands how much one can do with just a professionally recorded single and well-produced music video, so he wanted to empower these artists and give them the jumpstart he didn’t get when starting out.

“It’s evolving, and it’s been beautiful to watch over the last two years,” Eazi says of emPawa Africa’s rise. “When I launched it in 2018, I just wanted to give back. And when you start something, you then see that it is bigger than what I initially thought it was. Once you create something and give it life, it will just grow.”

You mentioned that you recorded “E Be Mad” and “Love For You” by yourself for the first time. How did that process differ from being in the studio with production before the lockdown? Would you consider this to be a new skill you’ve gained?

I think it’s just a new skill I ended up gaining and it made me appreciate the work of producers because I’d usually travel with a producer so they can record me. I’ve also not been one to like recording in a studio. I remember when I was recording Life Is Eazi, Vol. 2: Lagos to London, I was in the studio, but I never used the booth. I just used the room because I always like to be very comfortable when I’m recording as opposed to the traditional way of going to the booth to cut the vocals. On Life Is Eazi Vol. 1, there’s a record called “Kpamurege” and on that record, I’m actually eating chicken and recording at the same time.

If there’s anything it’s taught me, it’s patience. Recording myself was different because I had to be the engineer as well as the creative—it was a little more difficult and challenging because I usually like to focus on just letting the creativity flow. But now I also have to make sure I’m recording properly or re-record after not capturing a vocal. And I feel that’s why those two records are special for me. But now, it makes it so I don’t need to wait for a producer to be around to record. Once I get to the beach house, I can just set up and if I hear something, rather than just record voice notes like I usually do, I can literally go lay down the melody.

“E Be Mad” was another standout because I noticed it exemplifies your love for highlife music.

I feel like Banku music is highly inspired by highlife. I remember writing “Skin Tight” while walking through Kumasi in Ghana—I wanted to make a record for the people of that city. I’ve always loved the freedom highlife gives you because it’s literally just the guitars, and then you can say whatever you want. It fits my laid-back nature, so I feel there’s always been a highlife influence from my very first records, along with hiplife and dancehall.

However, the original production of “E Be Mad” was not highlife; it was more of a radio, club sound. I was live on Instagram while recording it, and Kel P saw the process and asked me to send those vocals. The direction he took kind of set the tone for what will be the sound of my next album. If anything, “E Be Mad” being the last record on the EP tells you what sounds we’re going for right now. That’s why I had the cover be cryptic—I want you to figure it out.

I feel like there’s always that constant conversation between Afro-pop/Afrobeats and highlife’s foundational nature. I find it interesting that artists tend to look back in order to move forward sonically.

100 percent. Highlife is untouchable and it’s beautiful music. It shows you another side and how these subsequent genres that came from it... it’s bigger than any one individual. It’s cultural—you cannot speak about African music without referencing highlife.

Circling back to the Something Else EP, talk a bit about the features on the project. How were you able to connect with Kenyan singer Xenia Manasseh to lay down vocals for “Cherry”?

Xenia was selected to participate in last year’s emPawa 30 program—the program where we give grants to emerging artists. I remember the team sending me her record called “Lowkey,” but I didn’t really pay attention to it until the video dropped. I watched this video asking who she was.

When I made “Cherry,” we initially had another emerging male vocal on it, but I just always felt the record needed a female vocal instead. I was going to put Aya Nakamura on the record, but I made the decision to send it to Xenia—the record ended up being for her. I’m hoping it’ll be a discovery point for people to want to know more about her as an artist. “Cherry” is also not what people would expect from me because of the tempo and the way I’m flowing. And it’s not the usual record for her as well. So I think it is beautiful in that sense—that’s the freedom this EP gives—to try things I would have not been able to try as a standalone single. 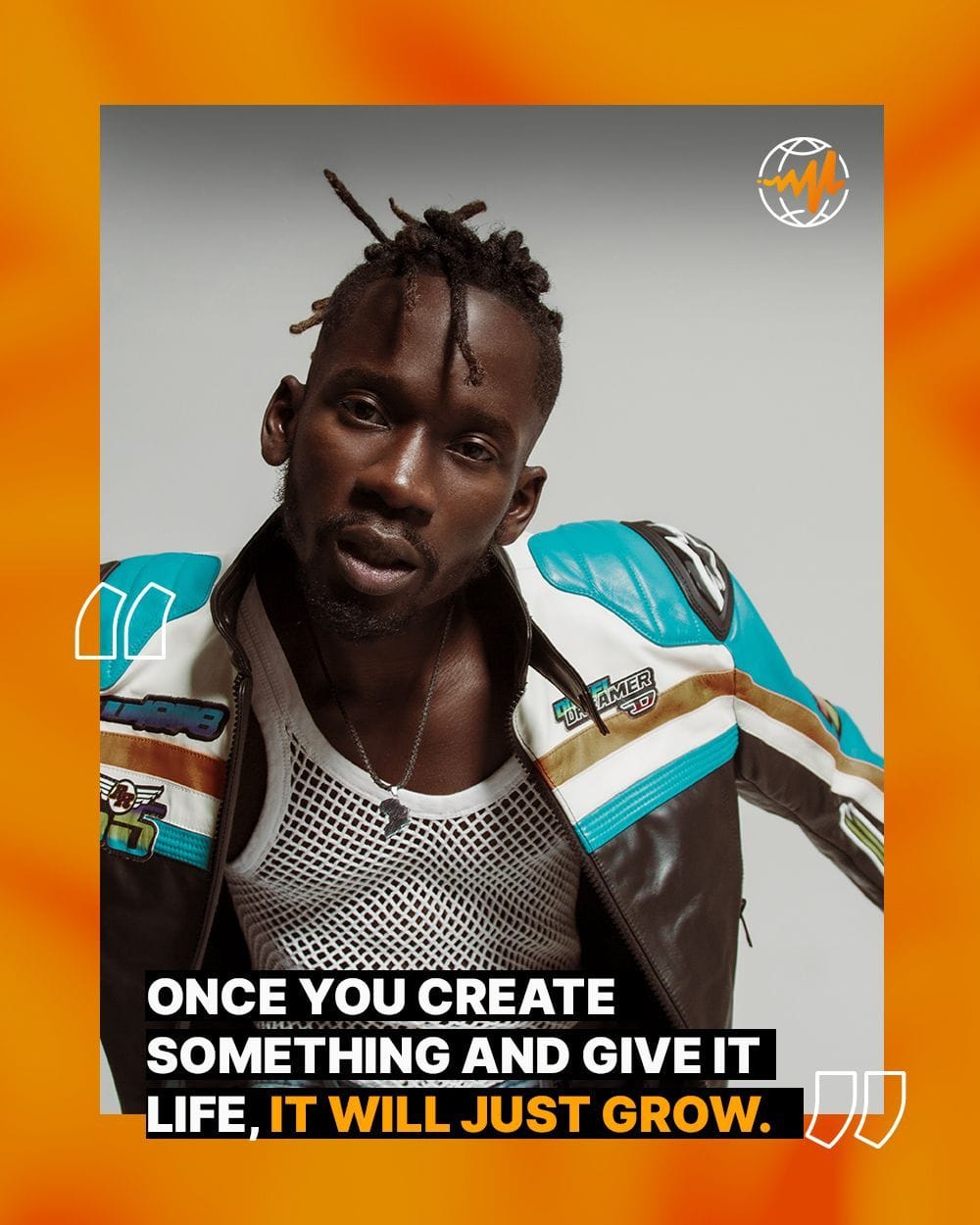 To segue a little bit into emPawa, I recently learned how 2020 went for you all—especially with how the team and 2020 cohort had to pivot the format of the incubator due to COVID restrictions. Despite these unexpected challenges, how were you still able to connect with the artists selected for this group? What piece of wisdom were you still able to impart them with?

When I’m defining the success of the program, I want artists to walk out with a single and a video attached to it. If last year had one message, it was “Do it yourself.” I emphasized to the cohort that they needed to put in that work.

I think we had to cut down the amount of people that eventually came into the program because of the pandemic. We were unable to have the physical camp, but they still had to go into studios and record. When beats were sent, they had to pick those beats, and record [to] those beats. There was no hand-holding. We were sure to provide mentorship and feedback, especially with pairing the artists with the right producers. There’s been some niceness that has come out of it—but it’s just that ignition, the purpose of the grant.

For a lot of them, the video and single are an introduction to the industry. Mizzle, for example, has gone from dropping his single to doing his TikTok remakes of artists and that has brought him some buzz; now he’s about to drop a project. Xenia dropped her video for “Lowkey” through the program, paired with the support emPawa gets from all the DSPs on her record. But right after that, she was able to walk out with a feature on my EP, and that instantly puts her on a lot of radars. Tega Starr was able to end up jumping on a record produced by Master KG and then ended up getting a verse from me with a video—and that’s like his most-streamed record of his entire career. There’s Donel, who put out his record and got signed by Warner after and is now recording. I’m also super excited for Namenj from the North—he’s the new fresh face of Arewa pop, which is pop music from northern Nigeria—a sound a lot of people don’t even pay much attention to.

Essentially, the program is laying out two key elements for the artist to have as a springboard of sorts.

This contribution emPawa is imparting to this ecosystem has become culturally important because it doesn’t really happen often enough in the industry. It’s providing another option or a pit stop before embarking on the traditional route of locking in a major deal. How do you feel about emPawa’s impact in that regard?

I feel blessed. It’s not been without its challenges and hiccups. It’s just beautiful to see an idea come to life and everything that’s been able to stem from it. One of the major things I’ve been excited about is the way it has improved collaborations between artists and producers on the continent right from when they’re just starting and bubbling. We all need to see people doing things to inspire us. If more African music businesses and personalities continue to do the same thing, then it affects the entire ecosystem. I just feel that being able to inspire others to do the same is the major takeaway.