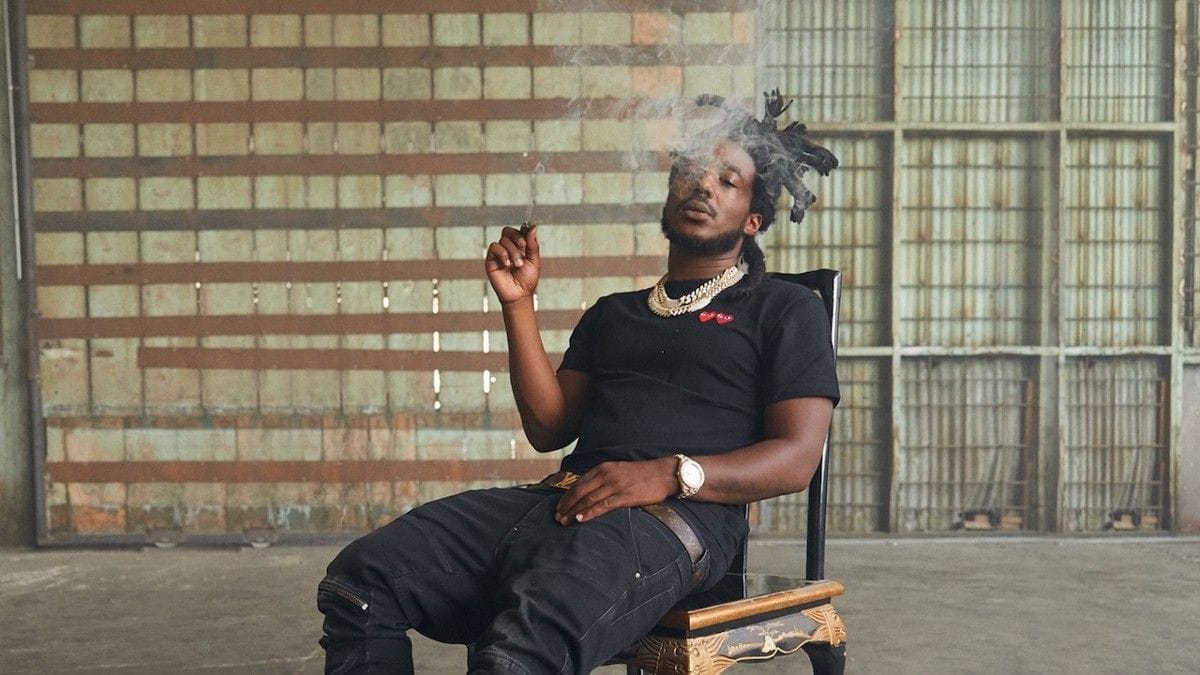 We spoke with the Sacramento rapper about his latest mixtape.

Mozzy is the epitome of a street rapper. The Sacramento native has worked tirelessly to become one of the most respected names from the West Coast by using his often dismal experiences and the realities of rising from the trenches to fuel one of the most prolific and consistent discographies in hip-hop.

Revered by the streets and critics alike, Mozzy’s music embodies hardship, struggle, and the grueling come-up from the mud to feeding his family off of rap success. In an age of clout-chasing and trolling, the rapper is a reminder that authenticity can’t be taught or bought. Internal Affairs, his new mixtape out today (which you can stream via Audiomack below), continues his tradition of music from the soul marked with heart, emotion, and pain, but also hope.

For Mozzy, the independent grind never stops. Last year saw the release of his acclaimed, star-studded album Gangland Landlord and a solo EP, Spiritual Conversations, along with a standout track on the GRAMMY-nominated Black Panther: The Album and a pair of collaborative projects with CashLord Mess and Kae One. In January, he released a full-length joint mixtape with Berner called Slimey Individualz.

Internal Affairs captures the nitty, gritty details of life in the streets. From losing loved ones to drug abuse to jail time, Mozzy sees music as his therapy — something that listeners can find comfort in as well.

Audiomack sat down with Mozzy moments prior to the listening event for fellow West Coast titan YG’s 4REAL, 4REAL album in downtown Los Angeles to chat about his new mixtape, the connection between the Bay Area and Detroit, and the independent grind. 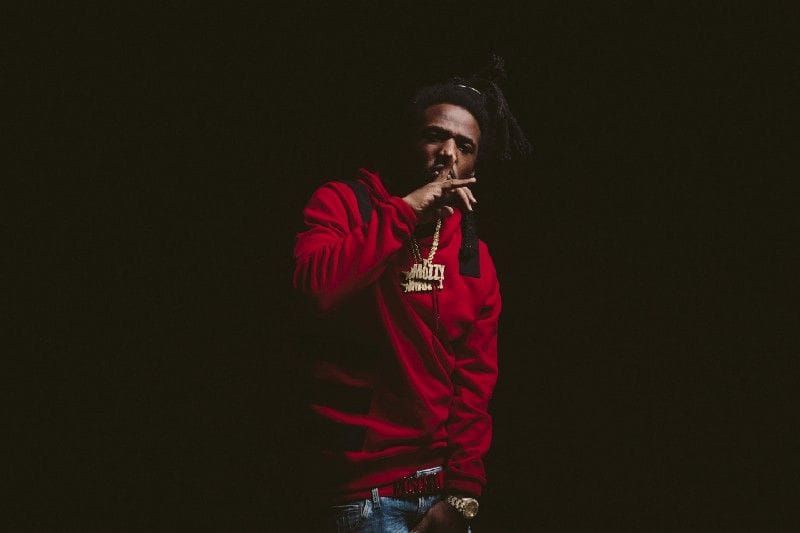 Audiomack: What’s the significance of the project’s title, Internal Affairs?

Mozzy: Internal Affairs is damn near self-explanatory. I’m talking about the turmoil I’m going through within my jurisdiction, within my own people, the growth, the development… They say in order to elevate, you gotta separate yourself. I’ve been separating myself from a lot of people. They feel the distance, it’s all type of energies based off that. I’m just spilling it. I’m pouring my soul out. Every time I make a project, an album, a mixtape, I try to really give y’all 100% me. This time, this is what I’m going through: Internal Affairs.

How does this compare to your 2018 album Gangland Landlord? How has your sound evolved?

This particular project is just warming up for [my next album] Pledge of Allegiance. This isn’t really necessarily the album, this is more like a mixtape, but it’s gonna give you that album feel. Everything I do is quality. Always quality over quantity. [Internal Affairs] is more animated than Gangland Landlord, has a more activated feel.

The cover art sees you posted in a chair smoking. What does that signify?

I was posted in a chair smoking with an all-black fit on and some black Forces. You ask anybody about all-black Forces, they gon’ tell you off the dribble that means activity. That means slimey, that means watch yourself. They caught me in the moment. I was having a moment to myself, probably thinking aboutInternal Affairs. The photo captured exactly how I felt on this project.

“Sleep Walkin” was one of your biggest songs (and also my shit!). Will you have another record for the radio, something for club, or another turn-up record on the new project?

I’ve got to. The one I did with Too $hort and Yhung T.O (“Excuse Me”) — crazy! It goes crazy at all of my shows. “Ain’t no place I’d rather be…” “Thugz Mansion” [with Ty Dolla $ign and YG] goes crazy, too. I’ve gotta tweak with the radio or somewhere in that field, because that’s where the bag’s at. I’m gonna always throw rocks at that target, but I let it come naturally. I try not to force it.

You’re known for your prolific output, and this is your fourth project in the last seven months. How important is it to continue to feed the fans in today’s hip-hop landscape?

I mean, out of sight, out of mind. Out of mind, out of sight. If you aren’t working, you aren’t grinding. You’ll fade away. I just try to stay active, keep that pressure applied. [The fans] always got something to go tweak on. I try to keep something on the shelf for them. It’s here today, gone tomorrow. I’m trying to be here for multiple seasons. I’m here for a reason, straight up.

“Winning” featuring Lil Poppa has you reflecting on being in the trenches. How has music been a form of therapy for you?

“I been in the trenches, don’t you hear me? / Fuck I look like working at a Denny’s, stones in the homie kidney.” Music is therapeutic for me. It’s therapy. It gives me the opportunity to reminisce, the opportunity to touch other people who experience the same thing.

I’m juiced about the power and influence of my words, how far it spreads. I love music. Music is my life, I incorporate my life in all my music. Music actually gives me life, it’s dope.

What coping mechanisms would you recommend for other people who are struggling with loss?

Roll up and throw on that Hell Gang Mozzy, probably that “Sleep Walkin” or “I’m a Gangsta.” “I hug my n*gga momma when he died, she just started crying. She cried and she cried” (“Take it Up With God”). I’d advise you to roll up and throw on some Mozzy. A lot of people tell me my music get them through a lot of hard shit, the trials and tribulations.

What is the best encounter you’ve had with a fan?

When they cry, oh my God. When they hyperventilating and can’t calm down, they’re shaking. I love the reactions. I love that my music is that inspirational.

Talk about linking with Sada Baby on “Just My Luck.”

[It was] hella hard, he killed me on there! I was feeling some type of way. I told him we gotta knock the video out; he’s been pump faking. But he went crazy, man. I like the way he cooks up, the way he operates in the booth. He’s fast. Immediately, he knows what he’s doing [snaps]. You could tell he takes his craft seriously, shout out to brudda.

Detroit and the Bay Area seem to share a spiritual connection. How would you compare the two scenes? 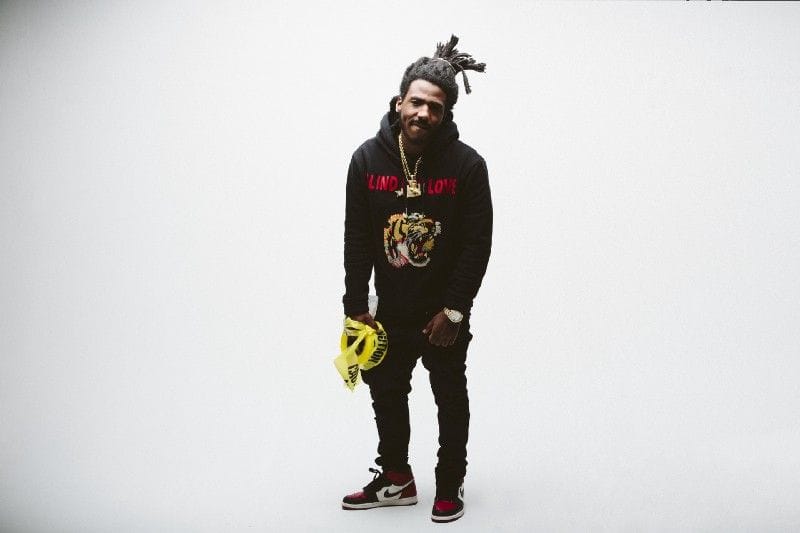 I know artists tend to have their own favorites that aren’t singles. What songs mean the most to you and why?

I dropped a song called “Guardian Angel” for my grandmother. It’s heartfelt, she just passed. That’s the song I’ve been playing back to back to back. It means the most to me currently. [Then] you’ve got “Sleep Walkin,” “Can’t Take It (I’ma Gangsta).” Reason being is that they’re soulful. They’re criers. That’s the closest I could get to actually crying publicly. Those are my slow jams.

I heard when Nipsey Hussle made “Racks In The Middle,” he was crying the whole time.

“How you die at 30 something after bangin’ all them years? / GRAMMY-nominated in the sauna sheddin’ tears / All this money, power, fame, and I can’t make you reappear / But I don’t wipe ’em though, we just embrace the only life we know.”

“Chill Philippe” is a diss track to Philthy Rich. What was your mindset creating this?

Flame game, finna flame these n*ggas mayne. Straight up, let ’em know. Nah, I was juiced, jolly, and happy. It was some funny shit. I was enjoying myself like I do in all of my music.

What does beef between two Bay legends mean for the city?

That ain’t nothing. That shit just friendly competition, that’s all it is. It’s growth and development, how we sharpen each other.

In the song’s second verse you rap, “All of this rah-rah on the internet, is you finished yet n*gga?” What’s one thing you wish you could change about the rap industry today?

Probably the checks. I’d make them motherfuckers a little bit bigger, man. We risk our life for this. I just feel like the task at hand is deadly. It’s risky. Rest in peace Nip Hussle, we should get a bigger bag for this shit.

With over a decade in the game you’ve long established yourself as a successful indie rapper and label boss. What’s the biggest lesson you’ve learned staying independent?

What’s your best advice for someone coming up as an artist now without help of a major label?

What can we expect from Pledge of Allegiance?

That’s the album, that’s where I’m going crazy. That’s the comparison: it’s gotta be the best project thus far! That’s what Pledge of Allegiance is, I gotta top all of my other projects. Get in there, reconstruct, and apply that full-court press.