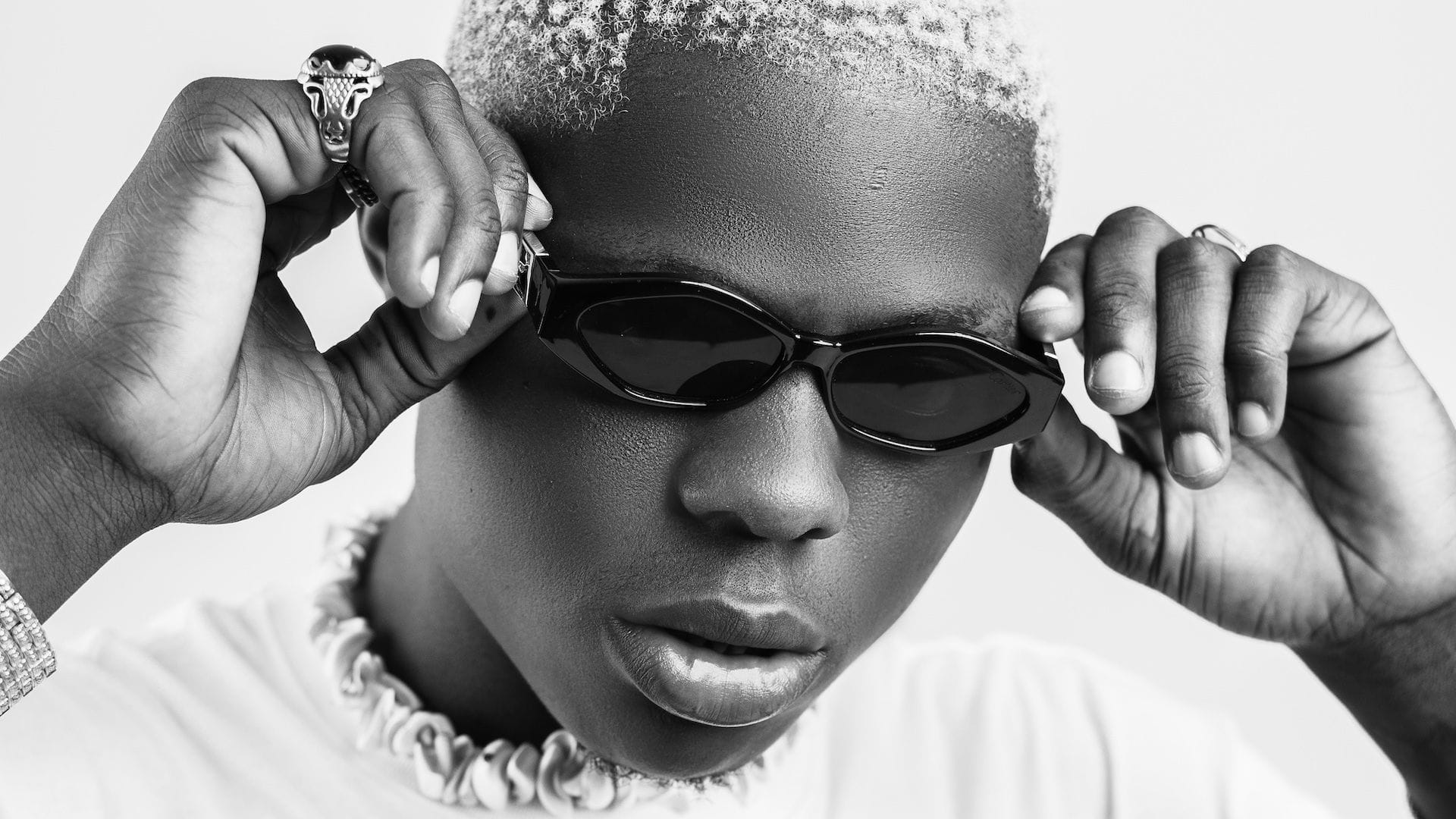 Of all the music coming out of Lagos right now, none is as precise and truthful as the songs of angst and hedonism springing out of the city’s mainland. In these places where lives are pressed against the edges of survival, and real life can turn into a nightmare in an instant, music is an escape.

MohBad, born Ilerioluwa Oladimeji Aloba, knows this and pays homage to that knowledge in his music. “I think it is important to note that to be from and on the streets, it takes a lot,” he tells me over the phone. “You have to be rugged with your words and aspects of your life sometimes.”

Always passionate about music, MohBad started taking his career seriously two years ago with the viral release of “Ronaldo.” Since then, he’s been dropping consistently, telling stories of his harrowed experiences as a young man in Nigeria.

Those experiences and his unabashed embrace of his community in Ikorodu via interpolated traditional Yoruba melodies and sharp-witted hood lingo made MohBad’s debut project, Light, released in December 2020, a fascinating experience in meshing the boisterous with the sentimental. “I just wanted people to know more about me and what I’m about,” he says. Much of the project is a voyage into the mind of the 24-year-old, exploring the essence, and cost, of depression, sex, and drugs over vibrant beats in nexus with several guests like Davido and Naira Marley.

While MohBad acknowledges this part of his origin, he is not afraid to admit he is trying to step into a new light as his artistic and personal evolution continues. “You can see it from the cover too: the idea was me moving away from the darkness into that light and also sharing the light with my fans too.”

When did you know music was what you wanted to do professionally?

I’ve been doing music for as long as I can remember, but I took it seriously about three years ago, and since then, I’ve been dropping music consistently.

“Ronaldo” was my first song that went viral. It just became a big deal in my hood, Ikorodu, and neighboring communities. Seeing people reacting to the song gave me a boost to keep at music and made me realize it was something I could do for a living. I started posting freestyles more frequently on Instagram and other platforms ‘til Naira Marley noticed me and signed me to Marlian Music. 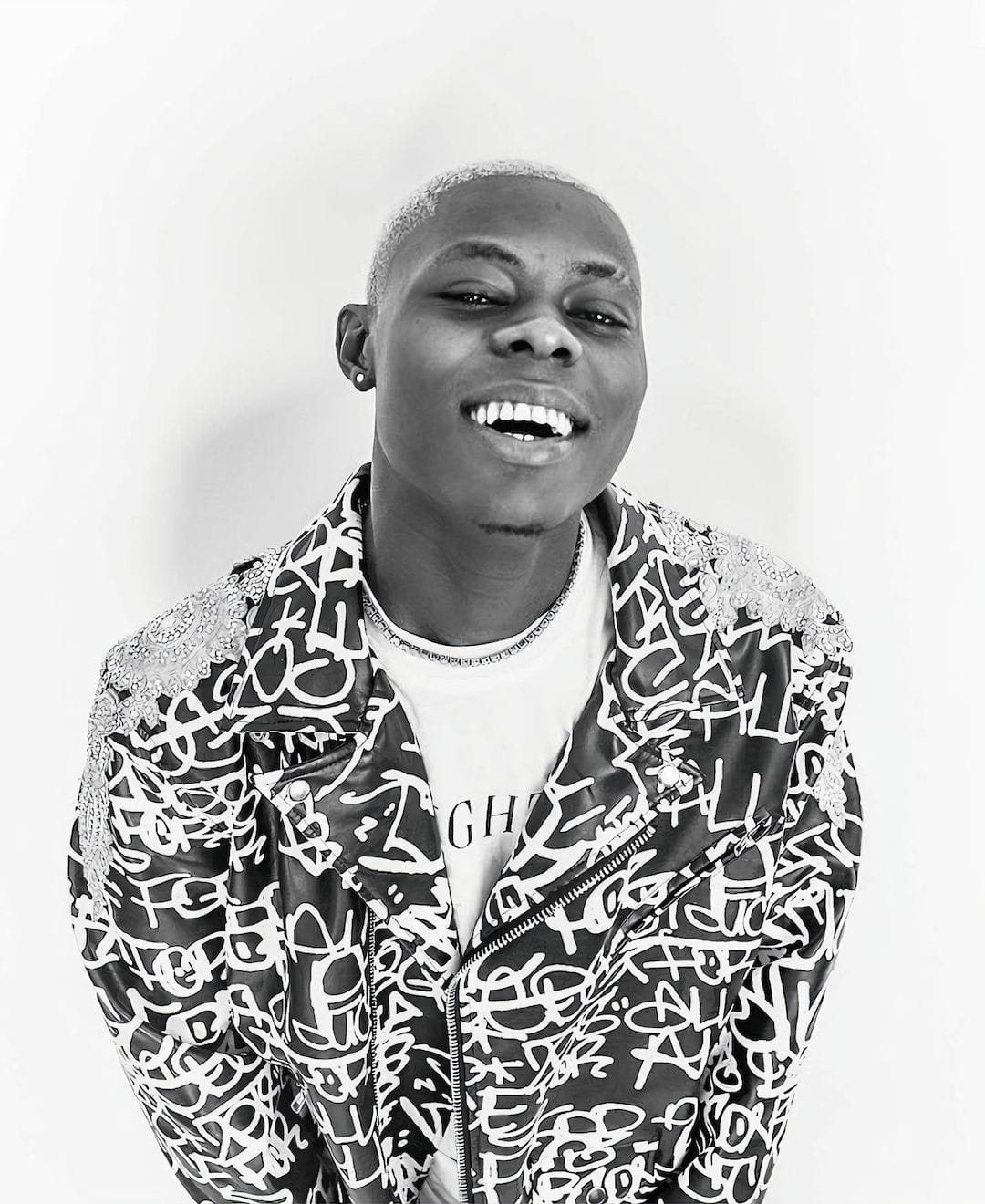 You signed your deal in December 2019. How has the transition been from being an independent artist?

It’s been an entirely new experience for me because I’m learning to work within a label structure. It’s not something I knew about as an independent musician. But I’m also making new experiences and enjoying the ride as much as I can. On the other hand, I also try to keep working and focus on giving out the best I can.

Your debut EP is named Light. What is the significance of that title for you?

It’s just an extension of who I am. Everyone keeps calling me Imole (Light), and I wanted my debut project to be an actual breakthrough to that light. You can see it from the cover, too: the idea was me moving away from the darkness into that light and also sharing the light with my fans too.

Is there a song on the project that is most memorable for you?

It has to be “Marlians Anthem.” I love the energy of the song. It was one of those times when I didn’t go into the studio with a mindset of what I wanted to say; I was just in the mood and had Rexxie with me. He played a beat for me, and the first words that came out were the opener. It was so pure because that was exactly how I was feeling at the moment, and I just translated it musically.

Another thing that struck me about Light was how biographical it feels. How important was it to tell your life’s story with the project?

That’s my life right there. The EP is everything about how my life has been up to this moment. From the beginning to the end of the project. As much as I wanted to bring people into the light, I wanted them to know about my life and the things I’ve faced to get to where I am right now. And I feel like since the project dropped, a lot more people understand who MohBad is—or at least, they have a better understanding. 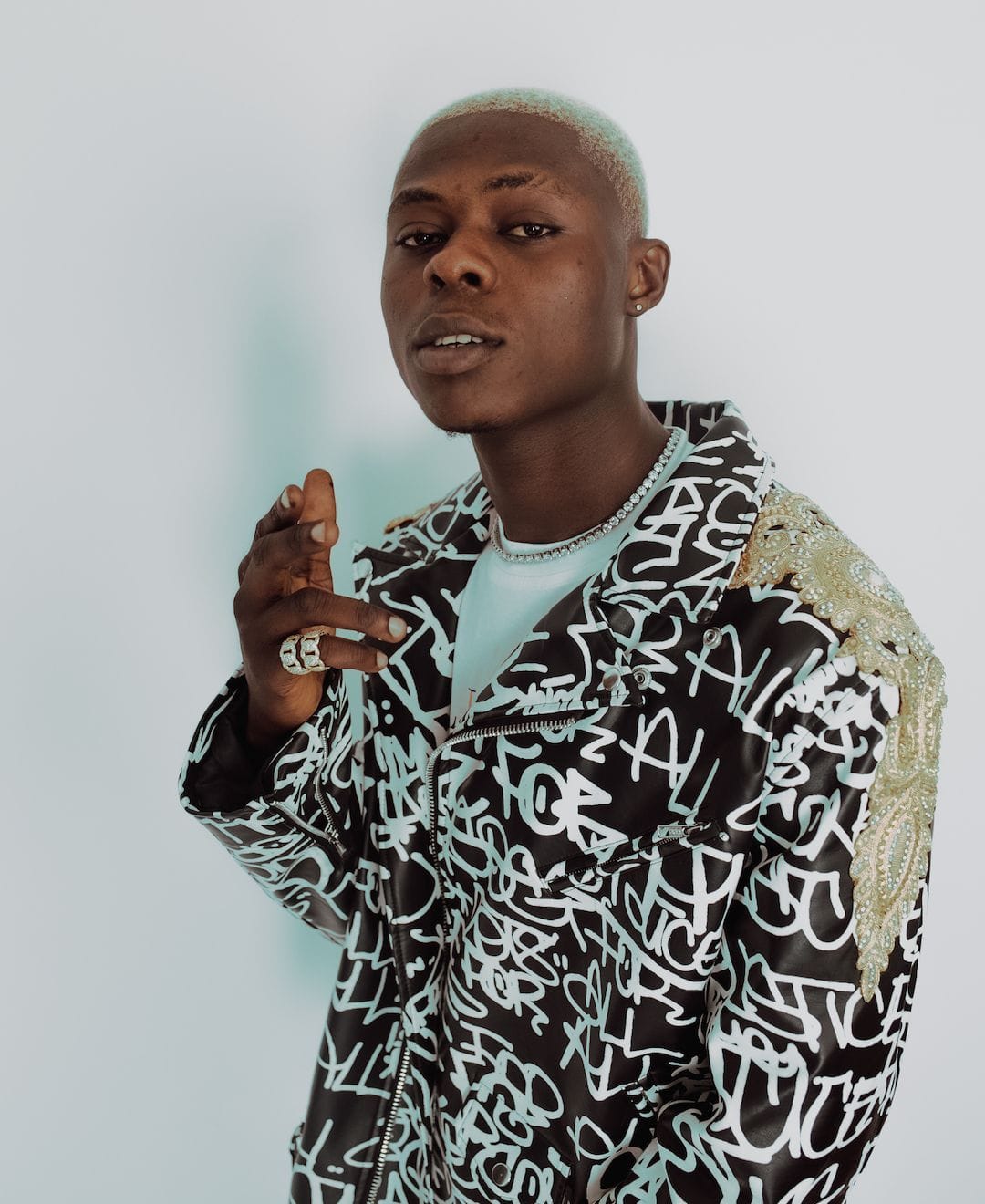 On the inverse, what’s something you still feel people don’t understand about MohBad?

There’s still a lot of people who just don’t know, but I’ll talk about it from a musical sense. A lot of people think MohBad is just a rapper, but I don’t agree with that because there’s still so much I’m discovering about myself. I can’t even call myself a rapper or a singer; I’d just say I’m an artist. In my mind, I can do anything, and that’s why the EP was so important because I was able to show the range of my talent.

Along with Zinoleesky and Bella Shmurda, you’re bringing the stories of the hoods of Lagos to mainstream consciousness. How does it feel to be achieving this?

Man, it makes me feel so good because this is all I worked for, all I prayed for. I started this journey because I believed we could get here, and I don’t think we’re done because we keep working hard and pushing each other to get better. At the same time, I’m grateful for the love from the street because they show up for me every time, and that’s great.

You ended the year with a hit single, “KPK,” that you made with Rexxie. How did it happen?

“KPK” was recorded after I’d finished work on my EP. I was still figuring out a release schedule for the project, but I posted a snippet of the song on Instagram, and people kept reaching out for it. I recorded the song in 10 minutes at Rexxie’s place; that’s why there’s no verse on it, just the ad-libs. We were at Rexxie’s to add back-up vocals to “Marlians Anthem,” and after we did that, I told him I wanted to work on any material he had. It was around 3 a.m., so I just wanted to drop some vocals and continue working on the song later in the day, but when I heard the song later, I knew I didn’t have to add anything. Rexxie also did crazy work with the production.

Are you conscious of your growing influence on a younger generation of fans?

I really care about my younger fans, but I’m also trying to be truthful to myself as much as possible. As an artist, I just have to say these things in my songs sometimes because that’s my reality. But I also have songs that my younger fans can listen to without any restrictions, that a family can listen to together. I think it is important to note that to be from and on the streets, it takes a lot. You have to be rugged with your words and aspects of your life sometimes, and this is me just reflecting that.