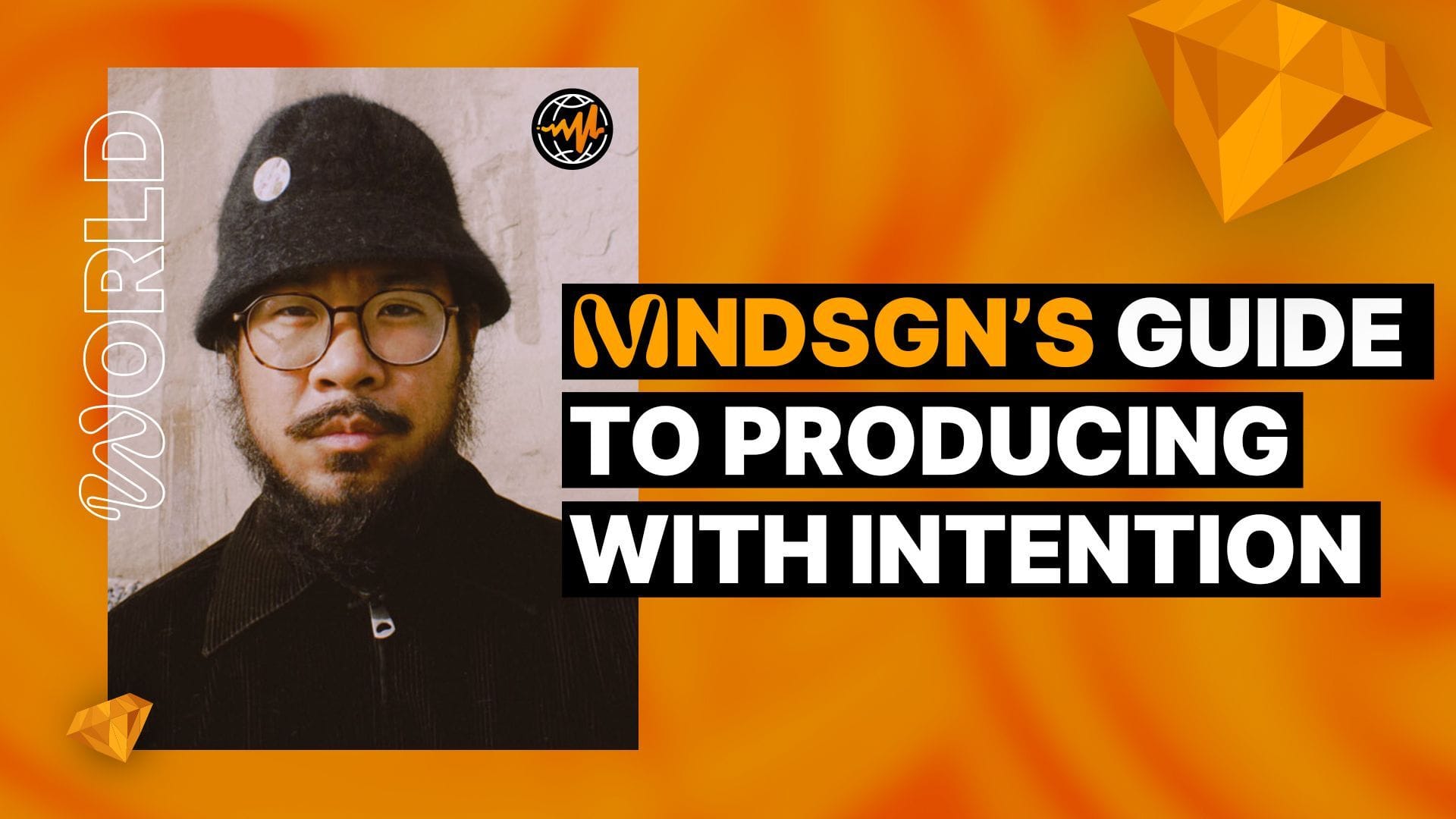 Mndsgn’s artistic intent is multidimensional. From the time his sister’s old boyfriend briefly introduced him to the organ to time spent noodling with FruityLoops after his brother put him on to hip-hop, the California-via-New Jersey musician finds pleasure in crafting sounds to express what words can’t. “Where words tend to hit the ceiling is where sound is just getting started,” he tells Audiomack.

Mndsgn has evolved consistently over the course of the last decade, beginning as a beatmaker working with producers like Knxwledge and rappers like The Koreatown Oddity before branching out into different genres and roles. Rare Pleasure, his latest album out today via Stones Throw Records, is a warm testament to his growing skills as a singer-songwriter and arranger. The album’s sound runs the gamut from traditional beats to psych-rock and samba and was recorded, live band arrangements and all, in just a week.

Even with his ever-evolving talents, Mndsgn’s spirit hasn’t changed. “That childlike curiosity is still there,” he says. “Charizard is still Charmander, at the core.” 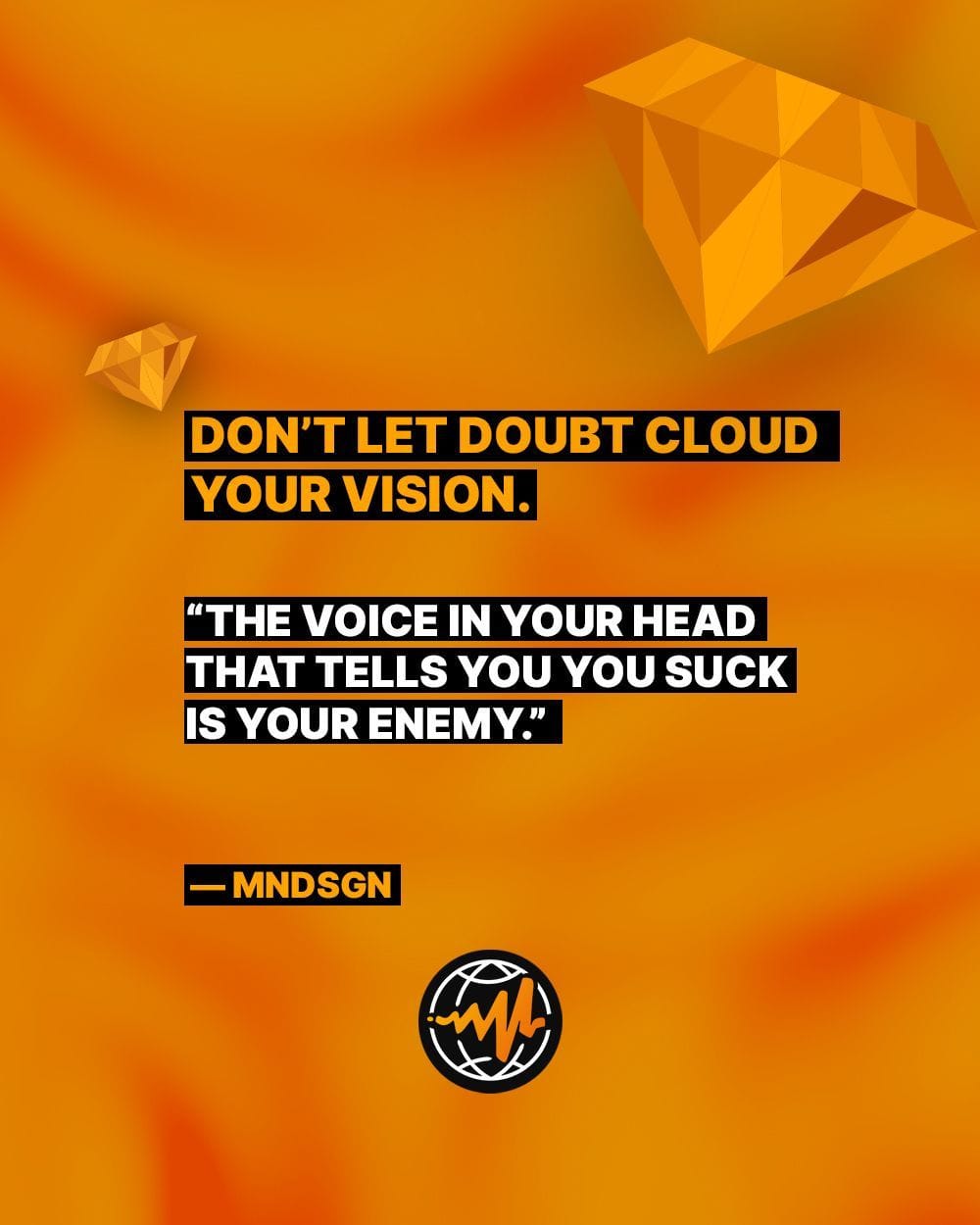 Here are Mndsgn’s 10 keys to producing with intention.

Self-awareness is key. “I think [producing with intention] can’t fully be divorced from living with intention. It’s no different than that. It’s about being mindful and aware of oneself. Whatever that means to you, I think that’s what creating with intention is about. Having some foundational purpose.

“I want to express what needs to be expressed in the most honest and transparent way without any kind of judgment. Transcribing something that’s beyond me. Where words tend to hit the ceiling is where sound is just getting started. Even when you’re singing lyrics, at the end of the day, if you take away the words and the meaning of it, it’s just sound and vibrations.”

Have fun learning the basics. “I was already comfortable messing around with the keys and playing some basic-ass chords. It was also just being bored at home and hitting four notes on a piano and being like, ‘Whoa, that sounds like a movie.’

“Every time I did it, it was such a potent experience because I was doing the thing I always wondered how it was done. I’d be like, ‘How is Dr. Dre making all these beats?’ To be in that seat as a beginner felt really empowering.”

Talk to other creatives. “It was more of an uplifting of each person’s individuality and uniqueness. It was always like, ‘What’s your two cents?’ My two cents aren’t necessarily gonna be the same as his or her two cents. I was looking at it on some X-Men shit; everyone has their own special power, and the more you’re in tune with your special power, the more of a stake you had in the conversation.” 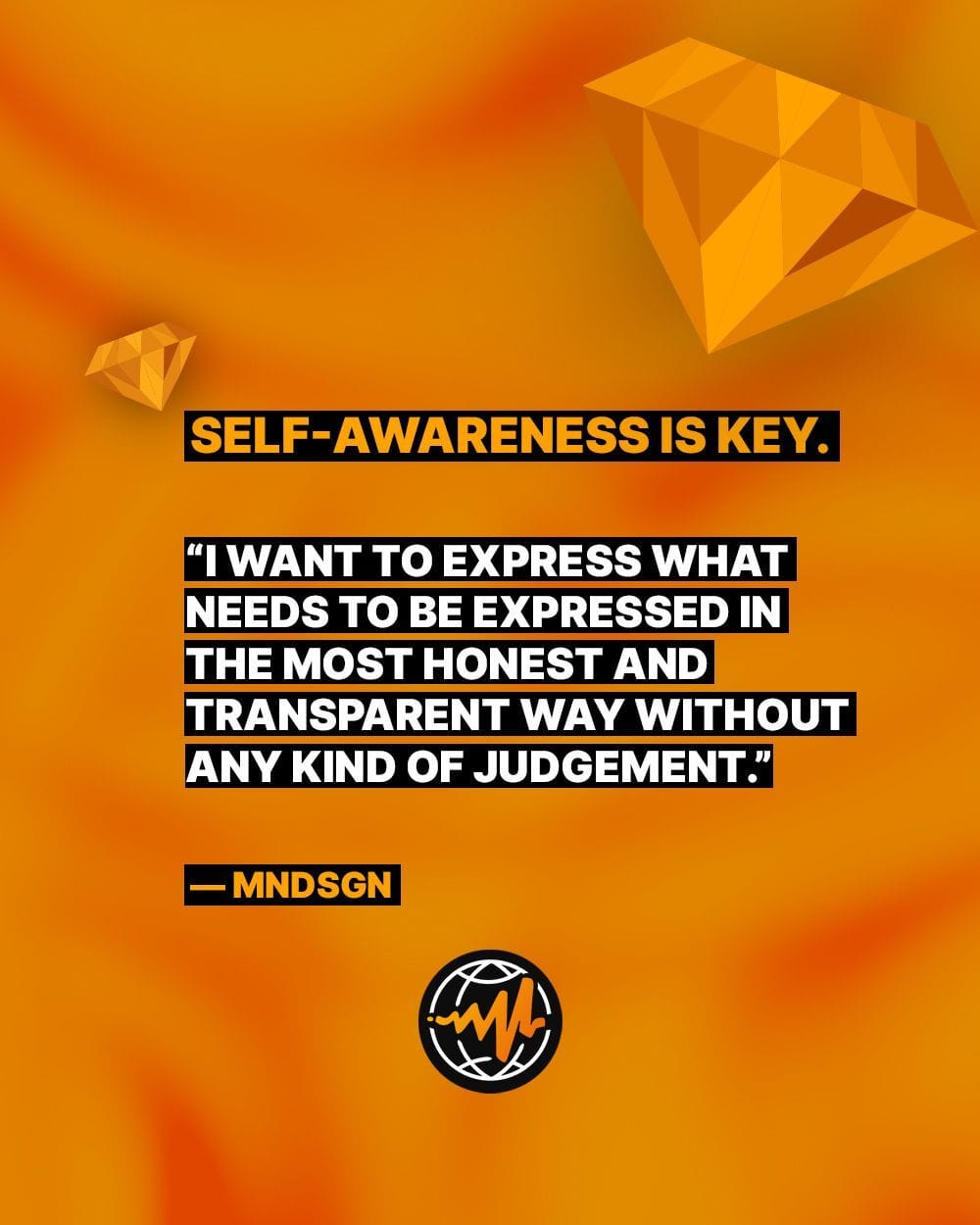 Recognize kindred spirits. “Knxwledge and I linked over the internet in 2008. I would pull up to his crib, and he was always putting me up on a lotta shit. I feel like being around him was a catalyst for me expanding my understanding and palette, and taste for music. I don’t say that enough in interviews; things would probably be different if I had not fostered a friendship with Knxwledge.”

Study the classics. “Instead of trying to find out what they actually did when I first started, I was just doing what I thought they were doing. If I heard a beat with a sample in there, I didn’t have a concept of sampling, so I was thinking they played everything. That kinda forced me to use my imagination to be like, ‘Maybe they made it like this,’ and then I’d create my own way. It usually winds up not being how they did it, but by imagining how they might’ve done it, I created my own way.”

Use theory to your advantage… or don’t. “If I was a carpenter, I could probably get really far by just using my eye. But eventually, you’re gonna have to know some kinda basic math; you gotta know how to measure things. The more you have those tools at your disposal, the easier certain things can be. As long as you don’t use it as a way to hinder yourself.

“It’s the same thing for me with music; [theory] is just a tool I can pick up and use… or not. It’s important to be able to acquire information and turn that on and off. If you don’t know how to turn it off, that might be a situation where it might be doing more harm than good. It’s just information, a tool. No one’s gonna use the tool the same way you’ll use it.” 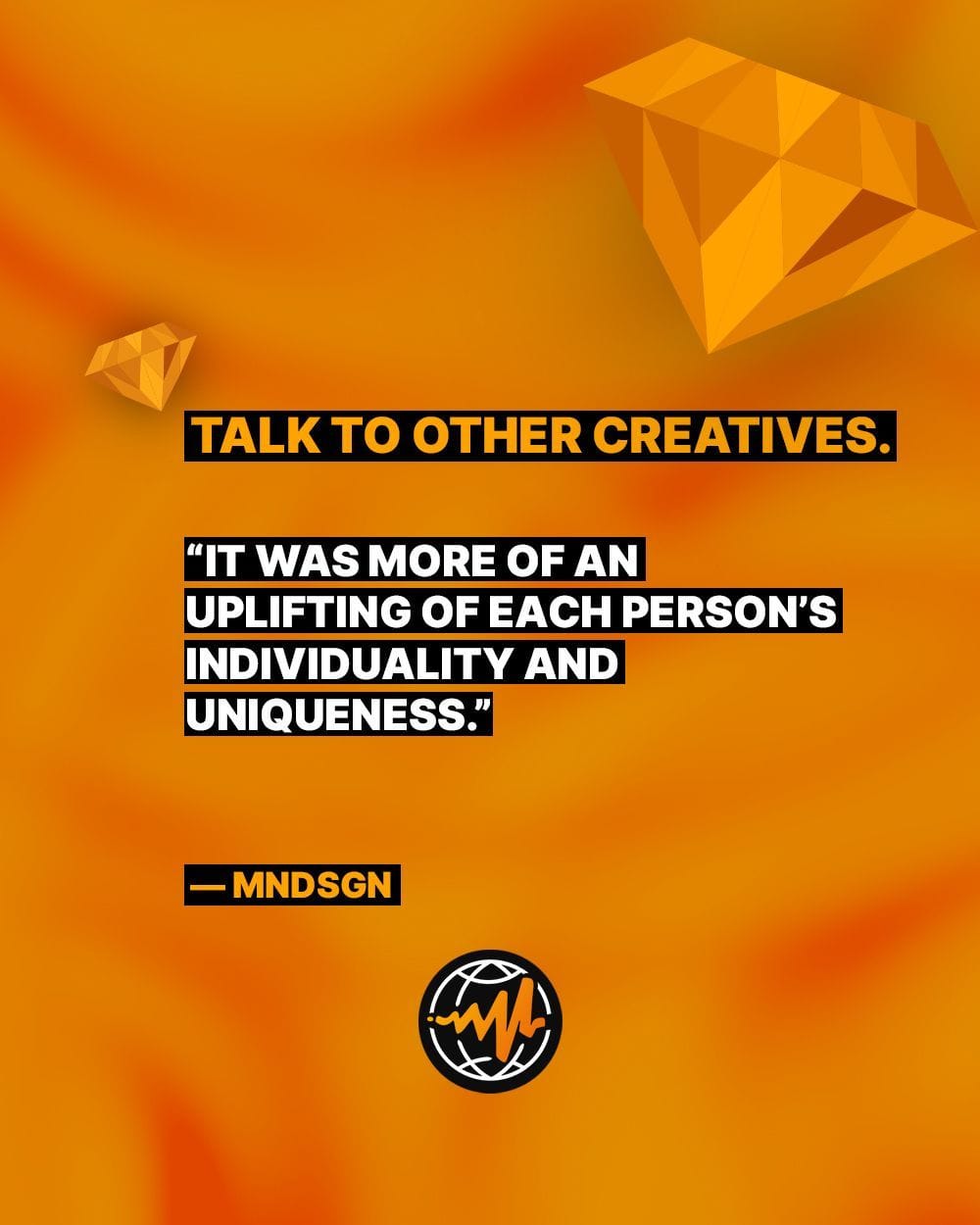 Let your taste guide you. “I’m so glad it happened in that order [making beats to writing/arranging songs] and not necessarily the other way around. If I’m able to move closer to a space where I can make originally composed music, I have a better idea of what I want to hear because the taste is already there.

“All the information and theory didn’t come first; it was the taste and the desire to hear something. Starting out making beats first was a huge catalyst that made me know what I wanted early on. That’s the shit you can’t go to school for. [Taste] isn’t academic in nature.”

Never think you’re the best musician in the room. “In my mind, everyone that’s on [Rare Pleasure] is better than me. Don’t get me wrong; I’m very proud of myself, and I love who and what I am. But at the end of the day, when I surround myself with those musicians, I see something I don’t have.

“I’ve done stuff by myself for so long I feel like I’ve already made that statement. People are killing it on the daily, doing so much as a one-man band, and I wanted to utilize the community I’m in to say, ‘Yo, you can do a lot as one person, but take that energy and put it all together as a community.’ It’s something even greater.”

Remember your foundation. “That childlike curiosity is still there. It can be a little bit harder to access sometimes, but at the very foundation, I’m still just trying to make what I wanna hear out of the love, passion, and curiosity of it. It didn’t mutate that much.

“Lately, I’ve just been back to chopping up beats again and laying drums down and moving onto the next like how it all started. It feels good to know the core is still there. I talk about this a lot with my peers: we all just like making beats. Coming back to that sense of wonder is so important. Charizard is still Charmander, at the core.”

Don’t let doubt cloud your vision. “The voice in your head that tells you you suck is your enemy. That voice is weak; that voice is coming from a poor place and won’t help you evolve. I don’t wanna say ignore it. That’s gonna happen with any kind of craft or artistry, that moment of doubt. But that voice isn’t coming from your strength. Never mind that voice. Just keep going.”