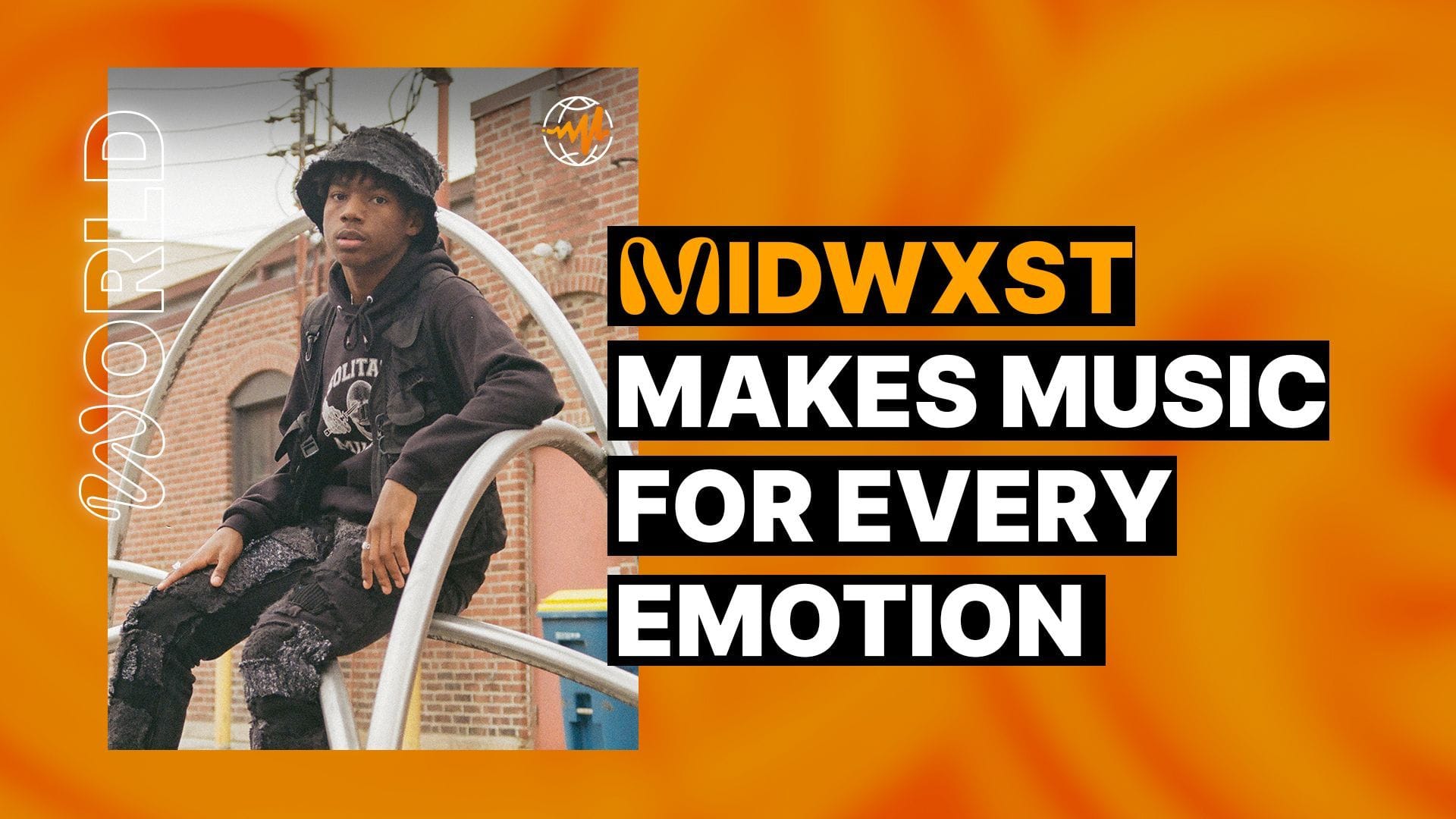 “I want to be someone people can look up to and say, ‘This guy taught me something about myself!’” the outspoken 17-year-old tells me over Zoom, in-between reminiscing about his first existential crisis and how listening to Zelda soundtracks helps him sleep at night. “By playing my music, people will realize they’re not alone and that, no matter the emotion, there’s always going to be someone in their corner to help them through it. I guess that’s my purpose.”

Despite balancing DIY music creation with going to school—the rising artist is in his final year, before heading to college to do an undergrad in audio engineering in 2022—midwxst’s developed a cult underground fan base via an ever-increasing library of paranoid diary entries that carry wisdom well beyond their creator’s age.

It’s difficult to predict where a midwxst song might turn next. Blunt, 100 Gecs-esque hyperpop (“Regret”) transitions into somber acoustic ballads (“Liar”) and scrappy, self-aware trap sermons (“Blastoise”) about being confused for a certain Pokémon due to the two large automatic weapons on his back. These songs tend to unfold like an emotional tug-of-war, as he flips between embracing self-care (“I walk a long road with my soul”) and self-sabotage (“I’m looking at this gun and the trigger’s saying squeeze me”). 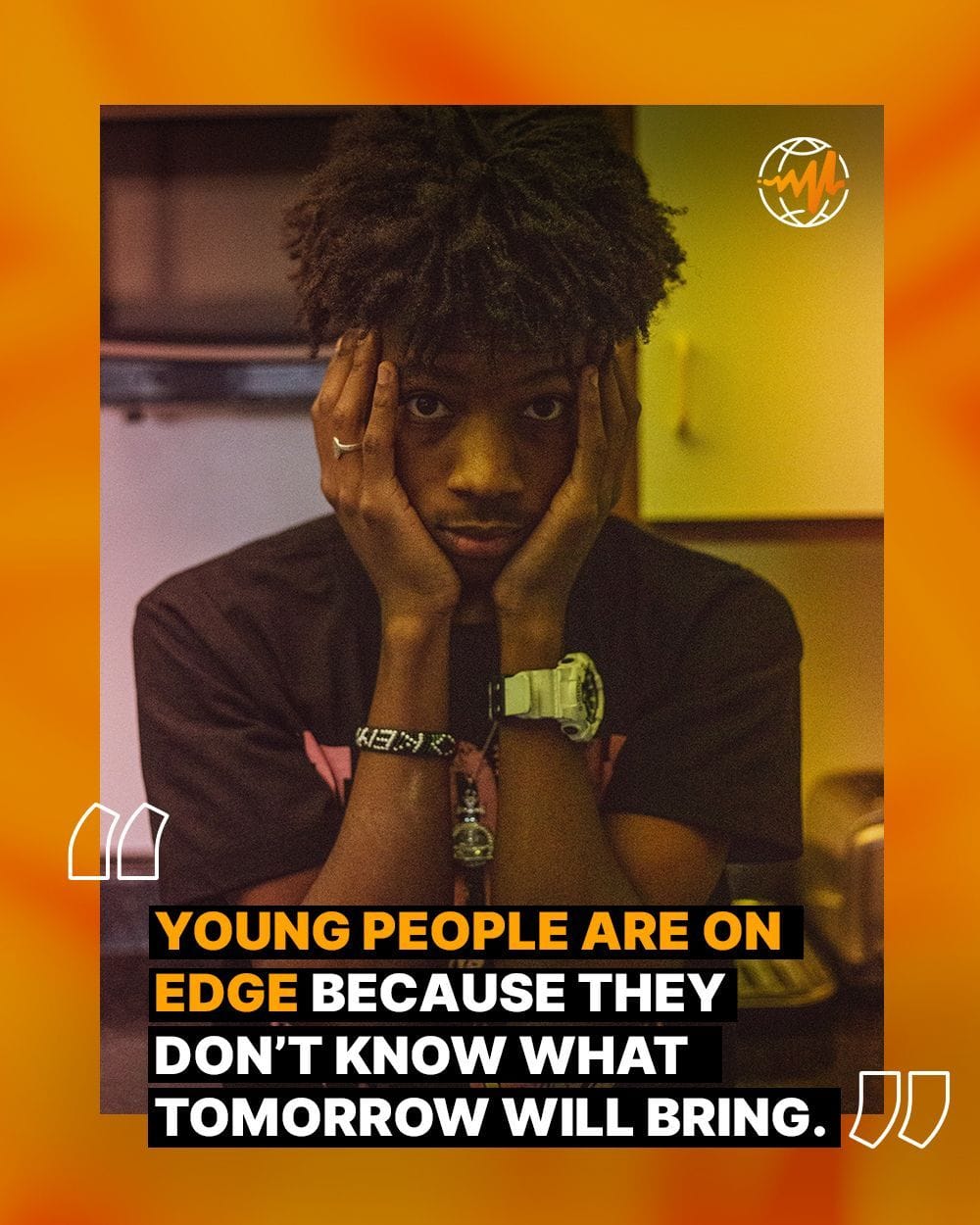 This style is partly a continuation of the genre-hopping chaos of midwxst’s hero XXXTENTACION, but also a reflection of the violent mood swings young people are experiencing right now as a result of being part of a world that presents them with never-ending question marks (pandemics, global warming, systemic racism, classism) about the vitality of their futures. “Young people are on edge because they don’t know what tomorrow will bring,” he says.

“My music reflects those mood swings,” midwxst continues. “I might have an amazing start to the week and chill to some Lil Uzi Vert, but the second day is complete shit and I’m playing I Don’t Like Shit, I Don’t Go Outside by Earl [Sweatshirt] and feeling angry. It’s about showing you every side. These songs are a place to rant when I cannot rant to anyone else, or when I don’t know how to speak to people about how I’m feeling.”

Growing up in a small town in Indiana with barely a music scene to speak of, midwxst tells me he used to feel like a loner when playing heartbroken Lil Peep and Juice WRLD songs on the school iPad. Now, he’s the one creating anthems for the outsiders. “I’m trying to outdo myself on every song,” he says, “and to show my fans it’s possible to be vulnerable and still be successful in life. If you can write songs that people can relate to then it makes the music 100 times better.”

You’ve spoken about wanting to make your fans feel less alone, but who are the artists who do that for you?

I have a bunch of musical influences. My dad grew up listening to a lot of Kanye, so I learned a lot about making living, breathing albums from Ye records like Late Registration and Graduation. My mum loved that slow R&B sound, so Aaliyah, Keyshia Cole, and Alicia Keys too. I’m working on an R&B album right now.

I guess the artists who really stuck with me though were Pi’erre Bourne, Tyler, The Creator, Bill Withers, and Marvin Gaye. XXXTENTACION was the biggest teacher in terms of inspiring me not to have a comfort zone or to follow one genre.

There’s such a unique sound here. I’m sure people are going to rush to put it in a box, but I’m not sure if that’s even possible…

I’ve been categorized as a rapper, a singer, an EDM producer. They’ve put me in so many genres, but I’ve got no problem with that. You cannot put a label on the music I make. But I’m not gonna get mad if you try to, I like that people are having fun speculating.

I have, for the most part, a dedicated group of friends who turn the sounds in my head into a reality. My guy Elxnce from the Bahamas produced “Trying” and he’s younger than me; he’s only just turned 15! My friends are super talented, so why wouldn’t I use them? The bigger I get, the bigger they get too. If the beat is hot, people don’t give two shits about the lyrics. 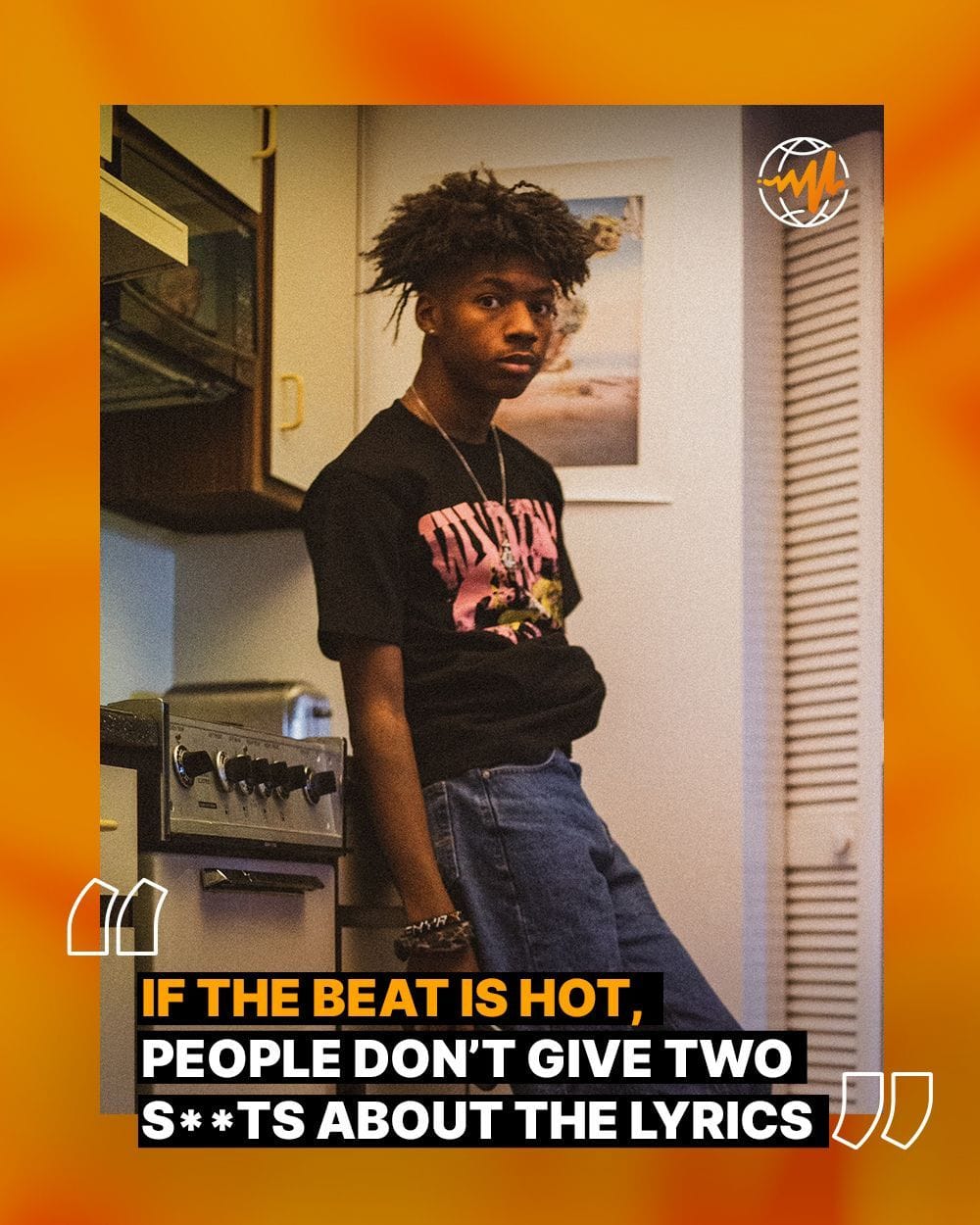 But there’s so much I think they’ll take away from your lyrics too. Paranoia is definitely a big theme. Does being young, Black and a teenager in America in 2021 make you naturally paranoid?

There is so much going on in the world that it might be the last day you walk outside; you just never know. It could be the last day you hang with your friends and all these other things. My paranoia is just a realistic way of living. You cannot predict what the next day will bring and tomorrow isn’t guaranteed, so you have to try to make the most of your life and follow your heart.

But even though you have to make sure you have fun, you can’t have too much fun. You need those eyes in the back of your head. The sense of paranoia comes from race relations in the US to other things like, I guess, every good artist doubting themselves. You see people blowing up at a snap of a finger, and you are still over here grinding your ass off. It kind of sucks sometimes.

On “Mean Girls” you spoke about struggling at night. Would you say you write your best shit at night?

Hell yeah. That’s when I’m alone with my thoughts. When I wrote that song I was a generic heartbroken high school kid. I questioned a lot of things about myself. But sometimes it takes the bad times in your life to get good motivation for better things. Every time you fail, you learn from that failure and can move forward. I made that song in about 70 minutes. It just flowed out of me.

Moving to the new EP, “Final Breath” is a song I cannot stop thinking about. You talk very openly about feeling suicidal. Why was it important to do that? Would you say you are naturally a morbid person?

I might say I am about to take my final breath, but you still see me here prevailing too, right? I am still here living my best life despite what I just said on the track. I put that in the song to show that even if you might be vulnerable or hurt, you can still prevail.

Morbid? Yeah, I guess. I try to tell all my friends I love them every day if I can. Once a week I let them all know I appreciate them. You just don’t know what will happen in this world. It’s one big game of chance. You don’t know when the game will end and you will get a bad hand. I guess when a rapper dies young their popularity increases tenfold, though. We saw that with Peep, X, Juice WRLD….

Does the music industry encourage that fatalism, maybe?

It makes me mad because these are things that could so easily have been prevented. Even if you are surrounded by the right people, the music industry pushes those people out and replaces them with people with more connections. I want to avoid that. I have 10 people, max, that I call my friends and hang out with. I could not care for anyone else in the world, but them and my family. That’s all it is.