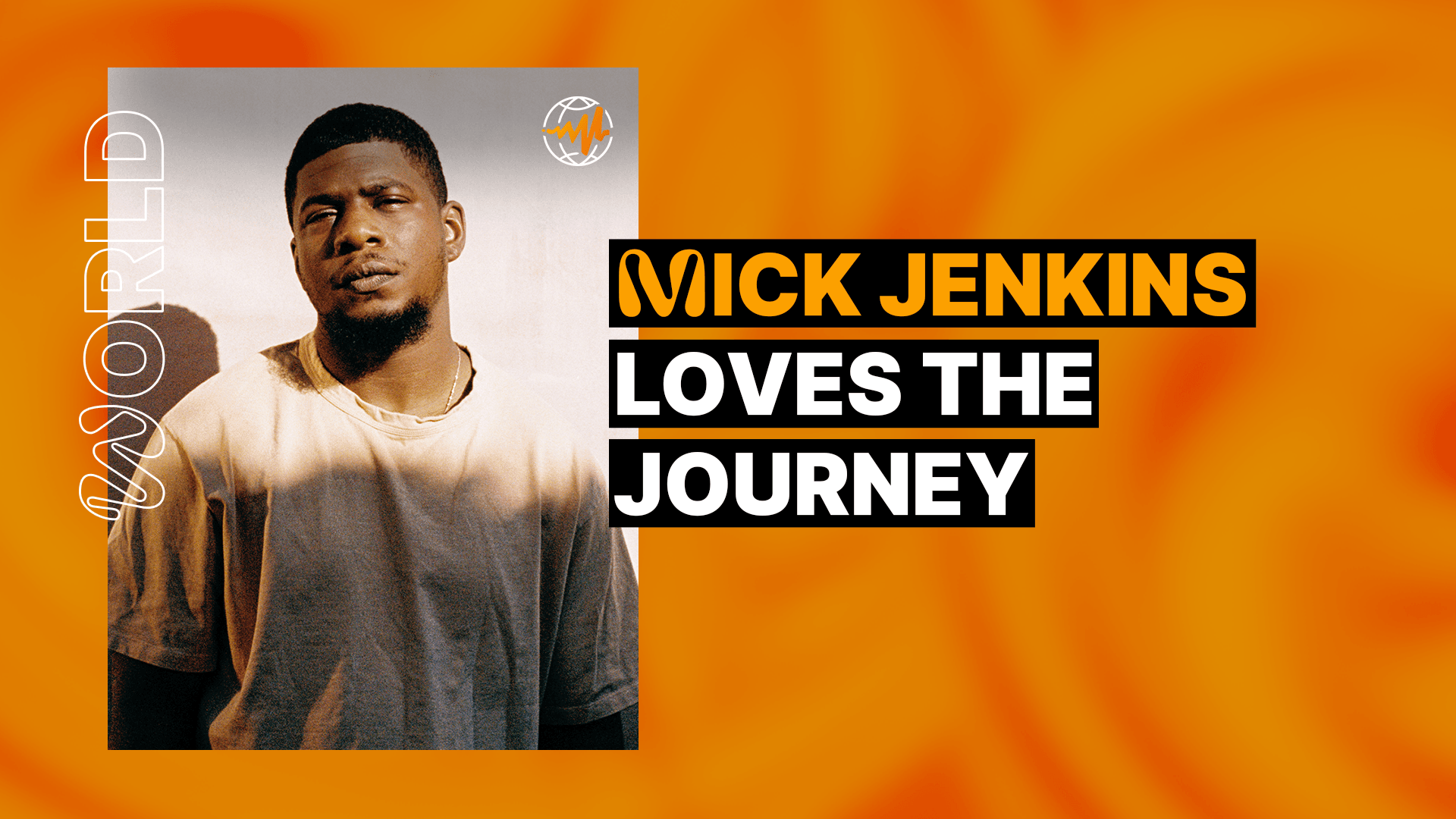 The path to feeling better is, according to Mick Jenkins, the best part of feeling better. The Chicago-bred rapper who broke with his seminal mixtape The Water[s] back in 2014 has spent the last few years growing as both a man and a writer. His fourth album, out today, is a prime example of how your command over yourself translates to an incredible presence on the mic. Elephant In The Room runs for 12 tracks and covers a spell of hard, unspoken truths Jenkins has become capable of facing since really finding himself as an artist in late 2017.

“I went straight in,” Mick tells Audiomack World. “I talked about a super personal situation with me and my wife on ‘Scottie Pippen.’ I talked about my relationship with my father on ‘Reflection.’ It was more about choosing different topics and figuring out which ones are most impactful and telling the story in the most digestible way. We chose a lot more topics than what’s on the album. We had 25 songs, and [now] we have 12. It’s about sonics. I kept some of the most personal accounts on the album, for sure.”

Being personal is no challenge for Mick, who credits his upbringing and even his elementary school drama group for teaching him how to express himself openly. “Mr. Charles taught us about enunciation,” he remembers. “These things contribute to the confidence I have.” 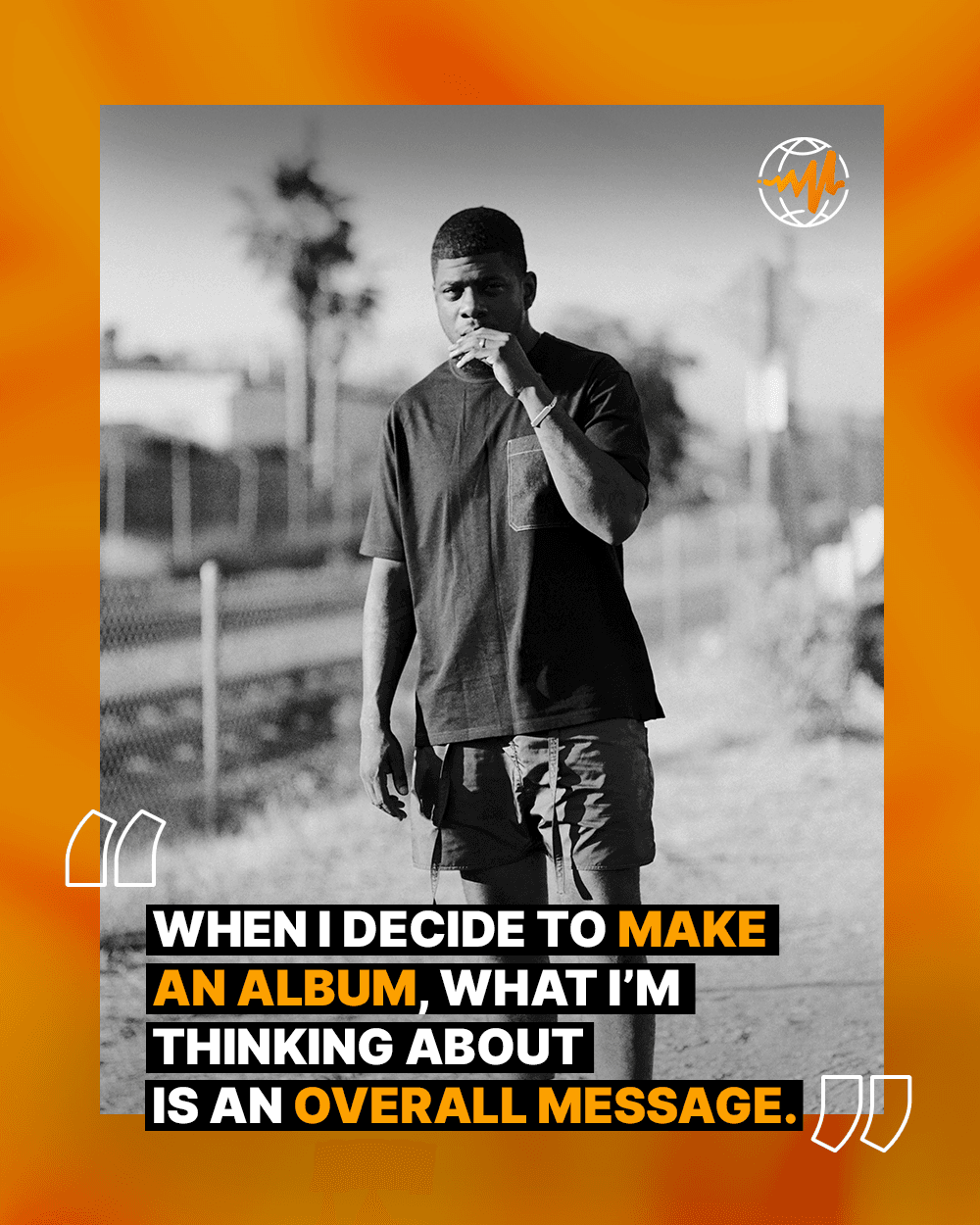 Elephant In The Room feels fearless. It feels like a love letter to the journey, which Mick himself adores: “Me and my wife were talking about this before moving out to LA. With anything new, the funnest part is getting there. The fun is building it. Once it’s built and the doors are open, the album is out, now it’s about maintenance. While that can be interesting, none of that is as fun and challenging as getting there. I absolutely enjoy the journey.”

Four albums in, what does it mean to you to still be creative?

When I decide to make an album, what I’m thinking about is an overall message. There’s a completely different type of intentionality when I decide to make an album or any type of project. I’ve been dabbling in photography and there’s a different type of intentionality that comes with creating that.As far as music goes, it is delivering a message. I asked myself, before my first album, “What do I want to say?” When they look at the Mick Jenkins story, they would talk about the first album and what that meant. I would be remiss if it was some bullshit, which is why I went the direction I went. First album, he’s talking about love and love as it relates to God’s love. That was a big deal to me. That’s the space I’m in when I’m preparing for an album: What is a good overarching theme?

Tell me about your photography. What does it unlock in you?

I’ve always liked photos, always had my own voice and direction when I operate my Instagram. As I started to get into it, there’s a lot about composition where I can play around. It opens up new avenues to creativity, which I can bring back to my own writing. I started with a Polaroid and moved into a film camera; been playing around with that for two years.

I have a collection of Polaroids.

Do you feel a sense of pride on release day? Or, has the feeling evolved beyond that?

Pride… It’s not on release day. I am proud when I finally feel I finished the album. It’s usually way before the release day.

I felt really good about what we have [for this album] two months ago. I started playing [it] for a few friends personally. I’d rent out a session, invite two people, and play the album. That’s when I feel a sense of pride because I’m getting a personal perspective of how someone else is digesting the music. And it’s someone whose opinion I care about. 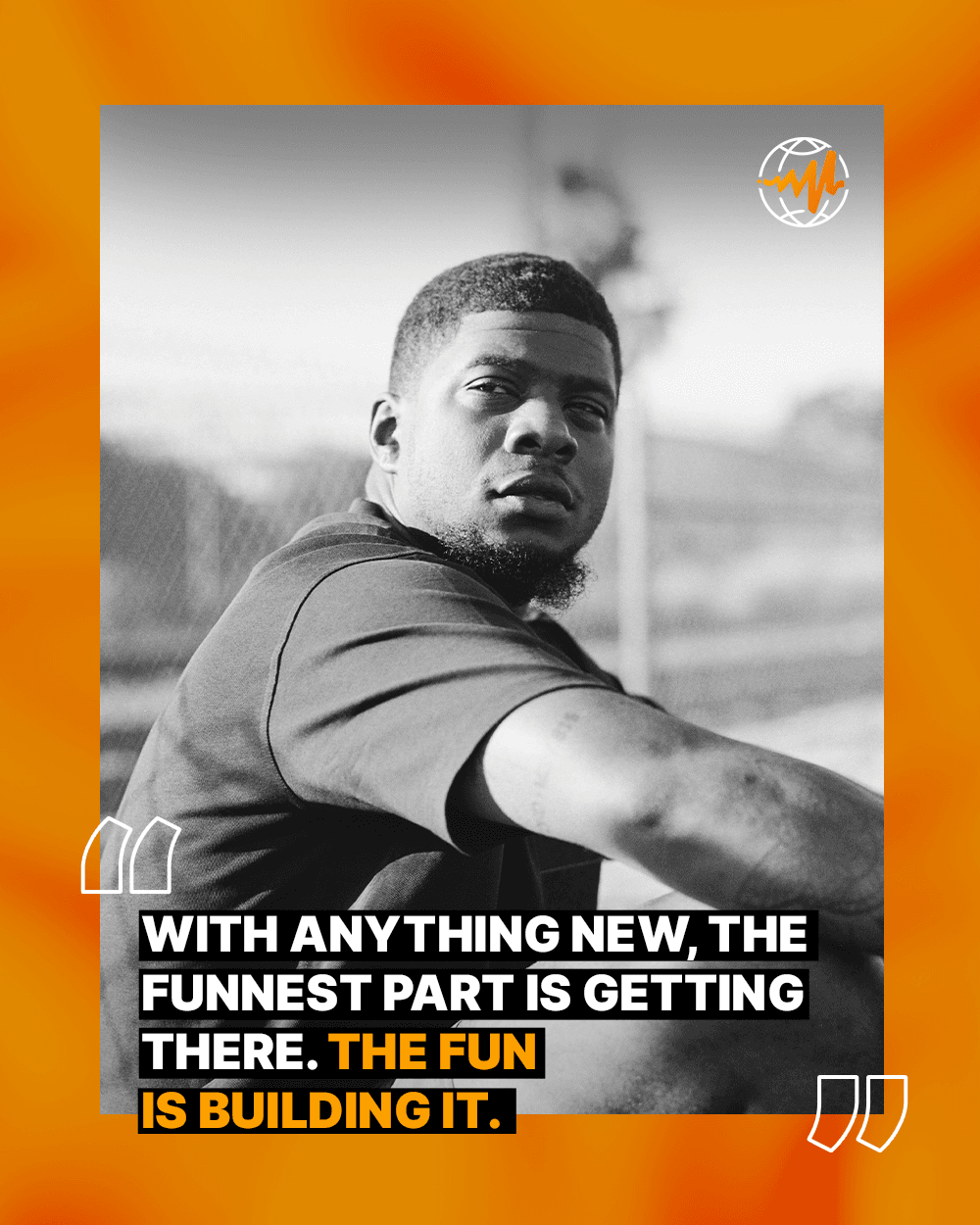 What are you looking for in those sessions? Like, what body language?

I’m just watching, I’m not really looking for a specific type of body language. I give a lot of credit to the fact that you need time to digest music—I’m just getting first reactions. A lot of times on this album, people’s first reactions are smiles and stumbling over their words. All the way down to verbal confirmation of how they feel about the music. I am watching very closely for head nods, what kind of faces you’re making.

Is it hard to let songs go?

No, it’s harder to keep them. I would just drop stuff if our industry worked like that. I play stuff on Instagram Live a lot. I try to drop snippets. I be wanting to put more music out, actually. I was talking to my wife about this—the way I write, you can tell it’s a personal story, but you don’t actually know what happened. I leave just enough detail out. You can hear the emotion and perspective, and those are the most important parts. It’s really easy, even with personal work, to put it out.

That’s not what I thought you were going to say.

This is why I do this!

What advice do you have to other artists who might be struggling to get vulnerable in their work?

It’s hard. I would have to know the person a bit more. But with that, with being confident displaying your work, that insecurity comes from somewhere that has nothing to do with the art. You gotta work on that aspect of yourself.

I learned that just telling somebody, “Hey, man, do it anyway! Don’t worry!” doesn’t really help them overcome. I know from myself, you gotta deal with things that feed insecurity before you can grow confidence.

How does Mick Jenkins take care of himself nowadays?

I’ve grown my relationship with God, a lot. I’m a husband now. There’s a lot of pressure I put on myself for the responsibility that means to me. Without knowing it, I’ve created a better quality of life by putting that—my relationship and emotional intelligence—at the top of our list. We still have a long way to go, and it’s the biggest catalyst for the type of peace I have now in my own situation and marriage.

Working on myself, on our relationship. The other things I want to work on are falling into a very specific type of disciple. I still have a ways to go, but I can see how that is working in my life. I feel content and there are things I worry about less.

If you could go back to Mickstape Mick, back to 2012, would you tell him everything’s going to be alright?