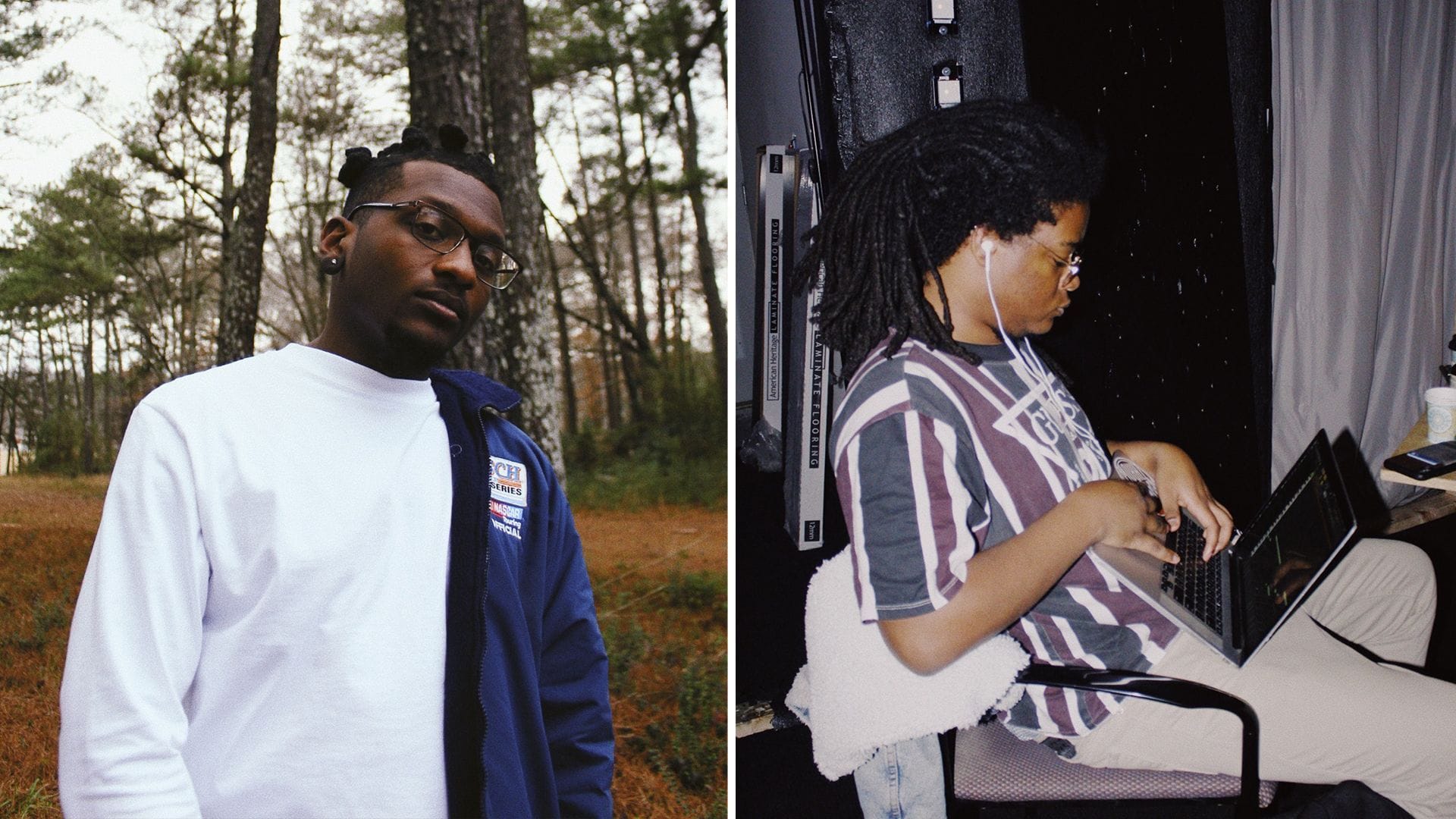 Chattanooga’s Michael da Vinci is ready to take the next step in his career. The Tennessee native has been releasing music for nearly a decade since gaining notoriety as a member of TheHouse, a Tennessee-based collective he co-founded alongside fellow Chatt-natives Isaiah Rashad and YGTUT. Yet, the recently-released Roses, which he crafted in tandem with Columbus-bred producer Lege Kale, is the first full-length offering of his career. “I feel like I’m very much a new artist right now,” da Vinci says.

The result sees da Vinci’s clever lyricism and Tennessee rasp take center stage atop Kale’s cloud rap aesthetic, juxtaposing the rapper’s homegrown soul against airy beds of synths and smooth keys. On the project’s proper introduction, “Not All Roses Is Red,” da Vinci’s Southern snarl slices through Kale’s atmospheric backdrop. Similarly, the 28-year-old rides the ebbs and flows of standout “Flower” with the ease of a seasoned surfer operating off years of muscle memory.

Roses is a perfect example of what can be accomplished when an artist and producer operate on the same wavelength: “It was just us taking [Lege’s] sound and my sound and bringing them together to make something no one has ever heard before,” explains da Vinci. Forged from the fusion of their Chattanooga and Columbus roots, that new sound is Roses’ greatest strength.

Mikey, after consistently releasing singles for years, how does it feel knowing you will be releasing a full body of work to the world?

MDV: I ain’t gon’ lie, I’m nervous because you don’t know how people are going to react. You don’t know what people are going to say. Even with me just releasing singles, I pay attention to the feedback. Certain songs you put out, you get good reviews. Certain songs you put out, you get bad reviews. But it’s like, people will continuously want to hear the same style from “Brad Jordan.” Bro, I’m 28 years old! I can’t do that no more. I was 19 when I made that song. I’m a grown-ass man now. I have a lot of different things I need to talk about. 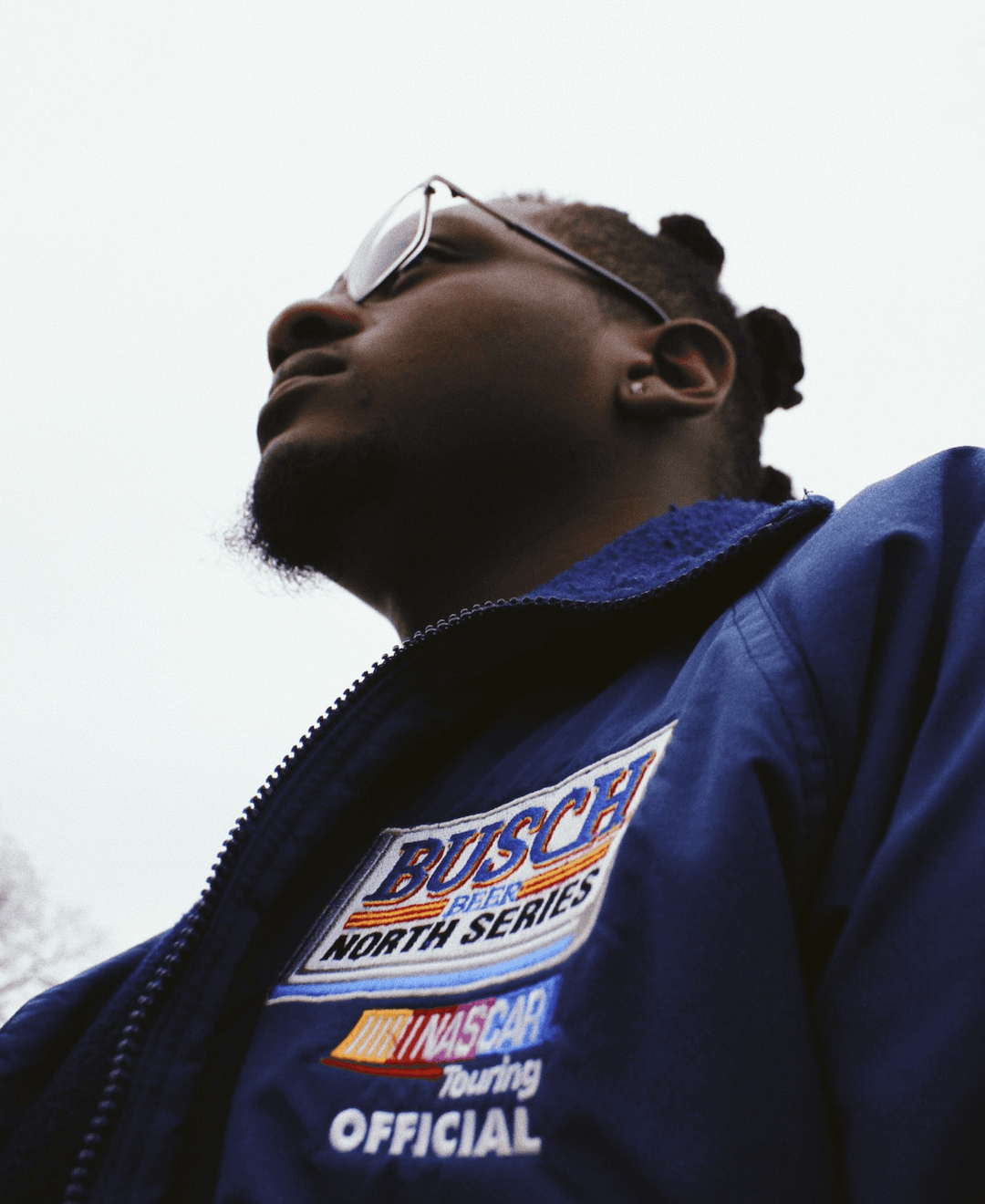 How would you define your sound?

MDV: Even when I first started making music, I’ve always described my sound as “People Music.” It doesn’t matter the beat. I’m determined about the message I put out because what I say is gonna affect the next person that listens to it or maybe their grandkids or whoever it might be.

We look at different artists like Sammy Davis, Marvin Gaye, and Sam Cooke, and there’s a reason why their music has stood the test of time. We’re listening to the things they are saying and how they are saying it for a reason. They made people music and that shit derives from the soul, derives from the blues, derives from pain, derives from troubles and tribulations and fucking happiness. And just, you know, the human being is going to go through so many emotions we can never describe. But, being able to be an artist and a poet, that shit makes so much sense.

Lege, what is your mindset, as the producer, coming into a joint project like this?

LK: My art imitates spirituality and my spirituality follows the art. I keep it the same with every artist I work with, which is based on two real simple facts.

One: I’m going to make a better project if I have a great vibe and relationship with the artist I’m creating said project with. Two: I’m out here trying to make the best final product I can because I’m a music purist. I’m not out here concerned with views and all this other stuff.

There are a lot of references to roses on the project, from the title to the cover art to the songs themselves. Can you explain what these roses represent to you two and to the project?

LK: People like to romanticize love. They like to watch rom-coms and all this lovey-dovey stuff. Nah. Love is in the dirt. Love is dirty. Love is good and bad. It’s the high times and it’s the low times. It’s the relationship between those highs and lows. It’s how they create and craft your relationship and yourself and how you’re molded and how you grow in that relationship.

I feel like Roses ain’t out here to trip people or pull the wool over their eyes. It’s out here, to be honest and real about the highs and lows. It’s realistic storytelling of what real-life love is like. That’s what I fuck with about this project. It’s love, unfiltered and real.

MDV: That’s where the cover art idea came from. When I said the line, “Not all these roses ruby red, it be some pink and whites,” what I meant is that it doesn’t matter what rose you grow out of that ground. You’re still going to deal with the same problems. It’s the same flower, just a different color. You’re going to have some trip-ups and you’re going to have some fuck-ups, regardless of the person you’re dealing with, and roses symbolize that with relationships.

What are your goals for Roses? What do you hope the project accomplishes?

MDV: As far as myself, and I know for a fact Lege feels the same way, I seek for the best, but I have no expectations. I know with whatever is supposed to happen, God is gonna have our backs. But, I know for a fact it’s gonna work out in our favor. It’s gonna put us both at a new plateau we haven’t seen before. And I know for a fact there’s going to be people that want to recreate Roses’ sound. They ain’t going to be able to because they’re doing that shit off of imitation, off of flattery, and it’s not going to be something that’s genuine. We created the shit.

LK: One of the biggest things for me, and it’s such a small thing, but it’s just the fact that [people] can hear the certain things we are trying to portray in the project. Like, it’s coming across to you. That is important to me as a producer. The fact that we’re talking about these little things and about the fusion between the Columbus sound and the Tennessee sound and they’re translating to you and our audience is the biggest compliment to me. That means I’ve done my fucking job as a producer, you feel me?