Memphis hitmaker Tay Keith gives us the “Look Alive” backstory and gives out tips for young producers hoping to build their hype. 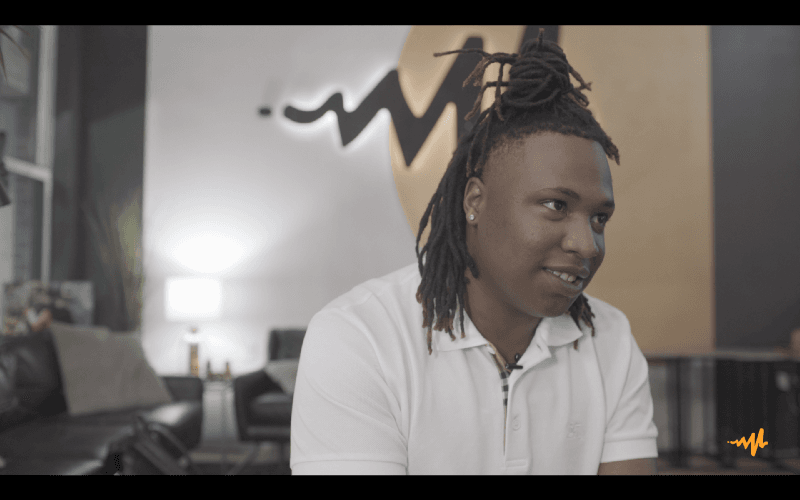 The latest Memphis hitmaker Tay Keith, best known for producing BlocBoy JB’s career-making single with Drake, “Look Alive,” is moving music forward and keeping Memphis at the center of music discussion. After making critical records with Blac Youngsta, Key Glock, Moneybagg Yo, Yo Gotti, and more, Keith stopped by Audiomack Studios in SoHo to discuss linking up with Drake and crafting “Look Alive.”

“He can’t get the sound that I got from no other producer,” Keith says of his working with Drake. “‘Look Alive’ came about because of a beatpack I made Drake because he wanted some Memphis shit.” He goes on to explain that Drake recorded the track, grabbed BlocBoy JB, and the duo recorded the music video all in one week.

Tay Keith also gives out advice to upcoming producers, including not giving away free music unless it’s going to an artist you trust. In an effort to build hype, he recommends sending beatpacks directly, not just letting them hang out on YouTube.

Check out the full video for more stories about working with Drake and for more advice to upcoming producers, and check out Audiomack’s YouTube channel for interviews with Zaytoven, Dumma Boy, the YBN Crew, and a ton of other series like Trap Symphony and Audiomack Ink!