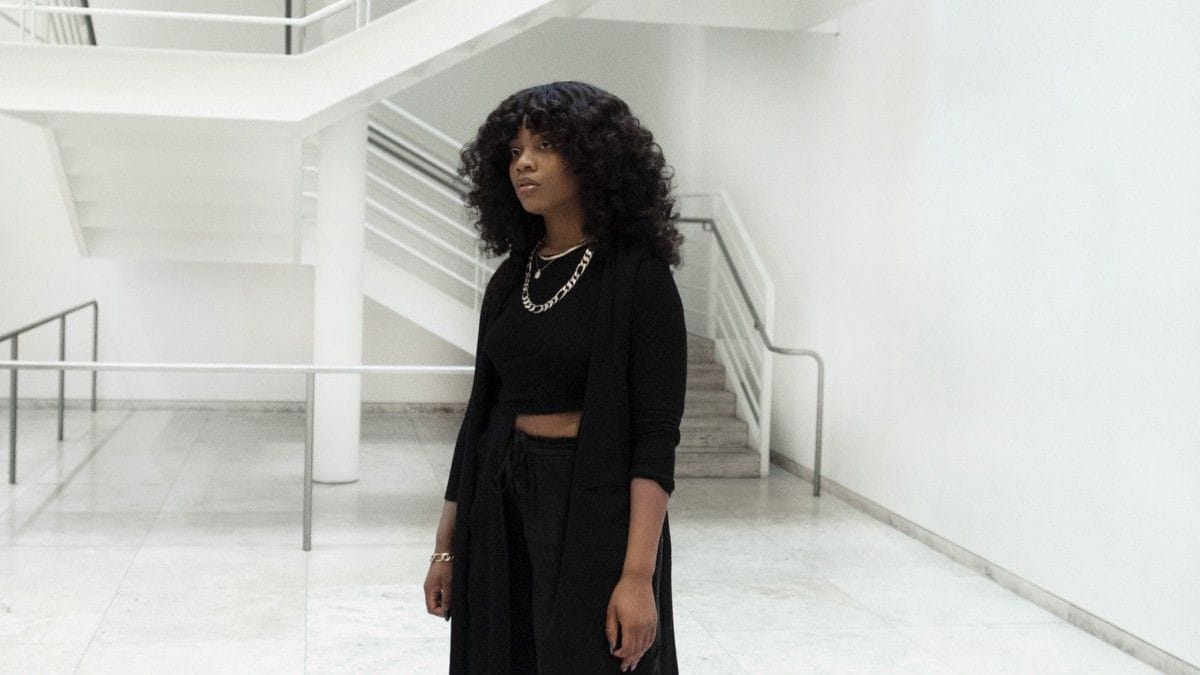 Shavone, aka @shavonec, curates an exclusive playlist for Audiomack and talks to us about blazing trails for music culture in tech, for black women in music as a flautist and rapper, giving back to her hometown community, and more. Interview by Keshia Hannam, aka @keshiahannam, and photos by Dante Marshall, aka @dantedigital, and Curtis Taylor Jr., aka @mrbadbeard.

Even if you’re not familiar with her name (yet), Shavone Charles, aka SHAVONE, is responsible for many of the technologies you use every day.

Having started working with Google in her senior year of college, SHAVONE’s resume since speaks for itself. She created roles for herself at Twitter, from being the impetus behind music trending videos on Vine (RIP), to working alongside generational talents like J. Cole and Ludacris and on music’s biggest events, from Coachella to the GRAMMYS. She was Instagram’s first music and youth culture hire in 2015, rising to Head of Global Music and Youth Culture Communications, creating Instagram’s first-ever Black History Month program in 2018, forming the first #BlackGirlMagic partnership with Spotify, and launching the #CelebrateBlackCreatives program. She was a driving force behind many of the technologies we use everyday: IGTV, Face Filters in IG Live, Instagram Stories’ creative tools, Polling Stickers, GIF Stickers. It would have been easy, if not expected, for her to stay put and focused on making money and waves from Silicon Valley. Not SHAVONE.

The San Diego native’s journey has been varied, determined, and unprecedented as her efforts carving out roles for herself at some of the world’s biggest tech companies. She grew up down the block from an area called the Four Corners of Death, a gang war zone where the iron bars on doors reiterate the grim reality, and where she will soon launch a program to provide housing and rehabilitation for the homeless in her hometown. In such a harsh environment, music remained a constant. Shavone picked up the flute as a teenager and was trained classically, and dropped her first mixtape as a rapper in high school. Her next moves–as a solo electro-flautist MC and founder of agency for creatives of color Magic In Her Melanin–promises to create a brand new swim lane: for women and in music.

SHAVONE’s career now mirrors a moment from her childhood when she played classic flute amongst a group of people who looked nothing like her. It’s what SHAVONE uttered at that moment that has become a guiding mantra throughout her various groundbreaking career paths: “I am not going to listen to what everyone has to say. I am not going to be offended by what’s going on, I am going to exist on my own. And I am going to be unapologetically who I am.” 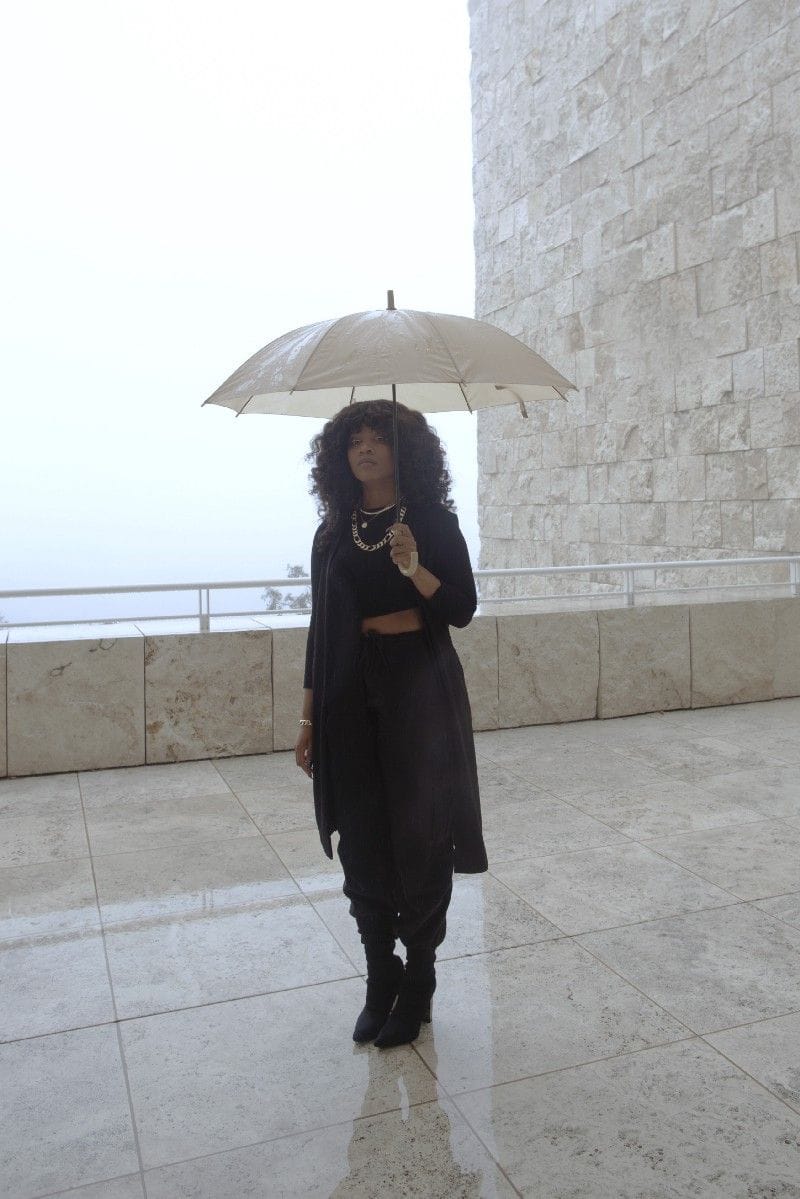 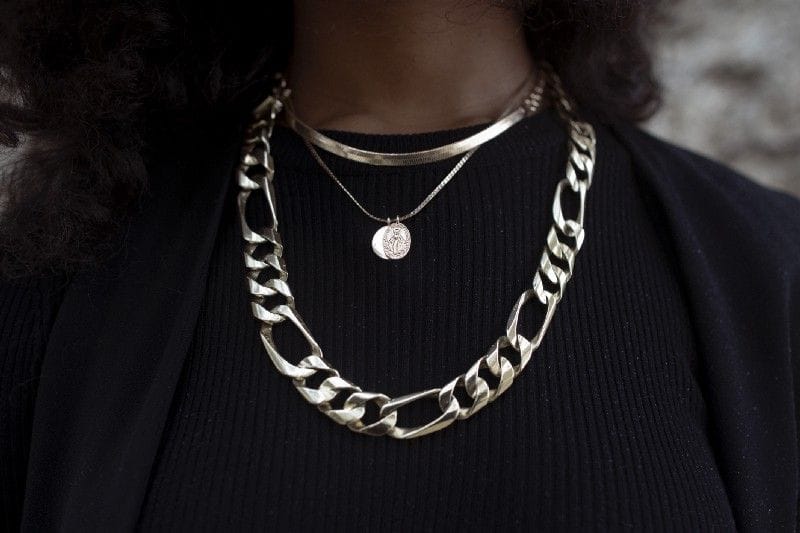 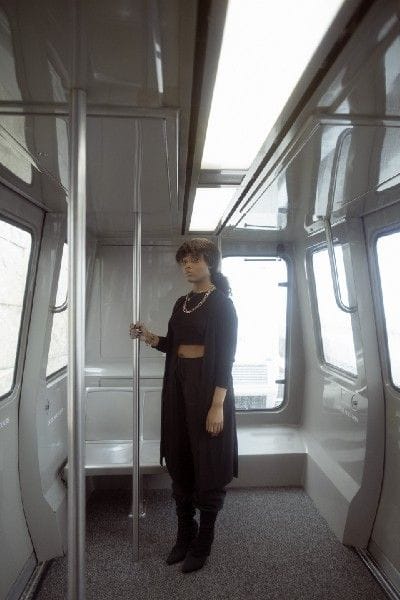 “I had to leave San Francisco and come back to Los Angeles or New York. I learnt a lot from a knowledge perspective from the dudes of Silicon Valley, but I was creatively starved. The whole martyr thing gets old after a while. Fighting for that space for you that hasn’t been created with you in mind is exhausting. There have to be specific programs implemented for you. Everything requires you to tear down an obstacle, and that gets taxing.”

“It made me question everyday; with all your tech money and all your access: what are you doing with it?”

“I am teaming up with nonprofits in San Diego around mental health and homelessness, which is a huge issue there. We are going to provide housing to those who need it — those who are at risk. Those who need help. Living somewhere like San Francisco, I really got to see that. Mental health disparity is in your face.” 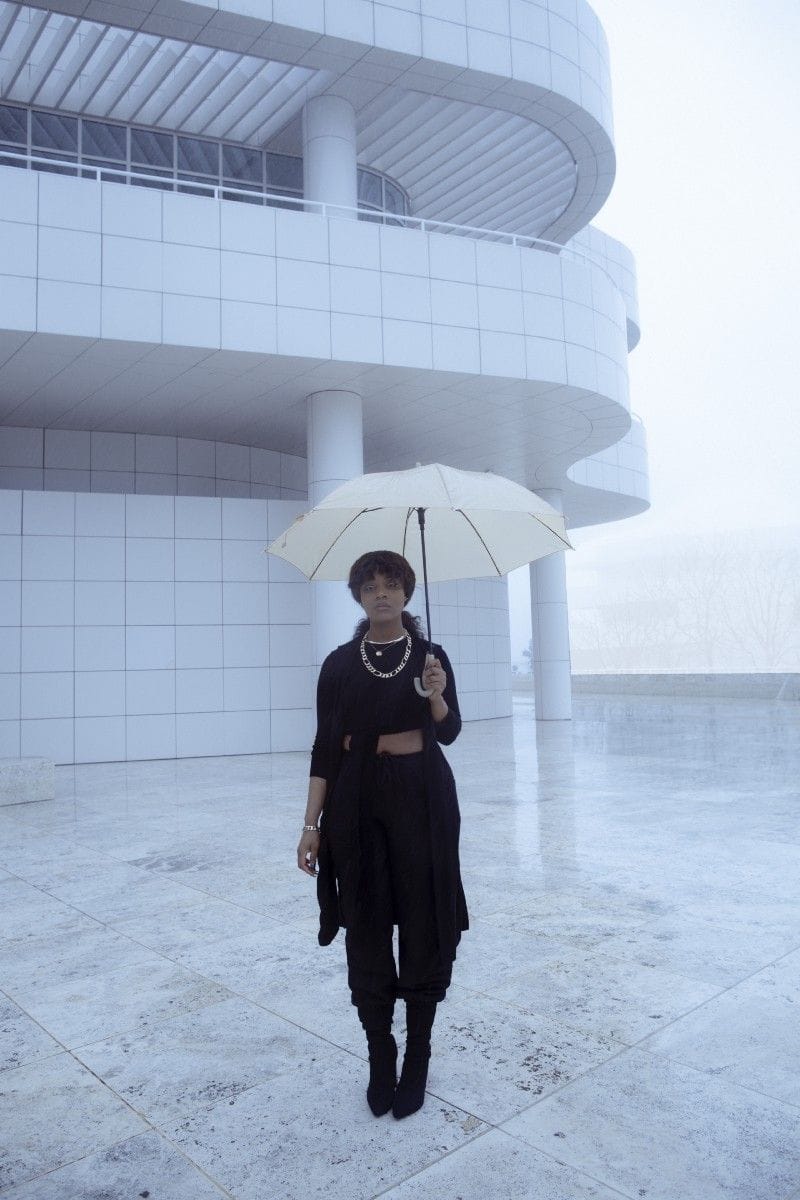 “I got to a point where I was equipped; I was ready. Ready to protect myself, ready to be about my business. I got my name trademarked years ago. But me knowing when to step into my artistry is definitely God.” 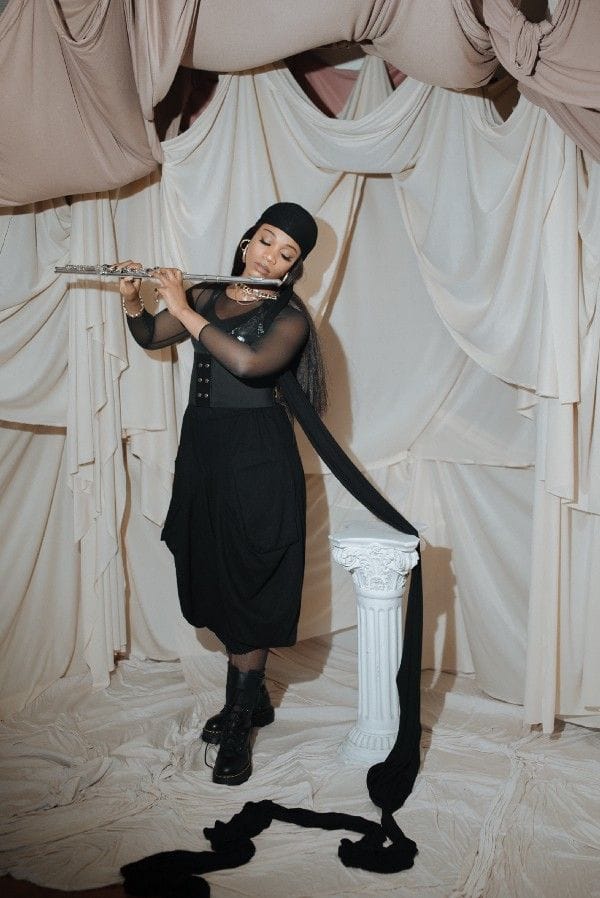 “I have been so influenced by Caribbean culture. My uncle was the one who first got me into music; he was a multi-instrumentalist. He could pick up any woodwind instrument and he could jam out. That was how I got introduced to instrumentation on a technical level.”

“I picked up the flute because the guy music store told me it was the hardest instrument to learn.”

“I grew up with two brothers, and have always been a tomboy, more androgynous. I’ve preferred unstructured narratives, those outside the ‘I am a girl’ trope. That’s why the flute has been so important. [With] the flute, you need to take your time, you need to have patience. Through music I learned a different language and toolsets early on: humility, gentleness, grace, perseverance.”

“Black girls don’t get to play the flute. That’s just not what we do.” 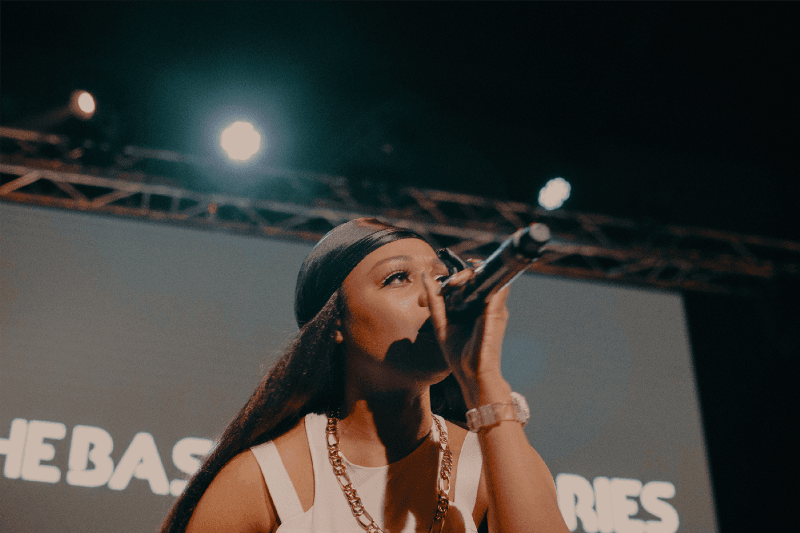 “My first recording was on this Cam’ron beat, and it was so trash. But then a few years later I recorded a rap over [Lil Wayne’s] “Cannon” instrumental, which was CRAZY. That’s when it clicked. The bars were crazy from then on.” 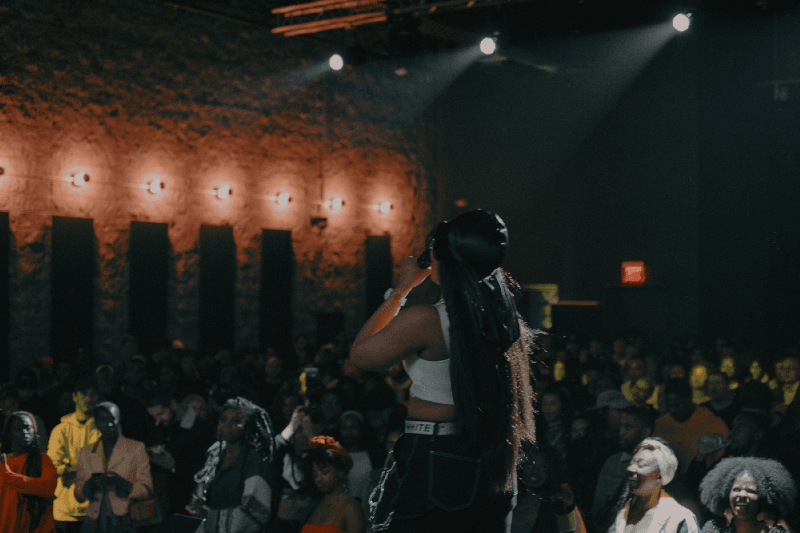 “I was always on my flute shit. Always separately to rap, but they lived simultaneously.”Photo by Dante Marshall 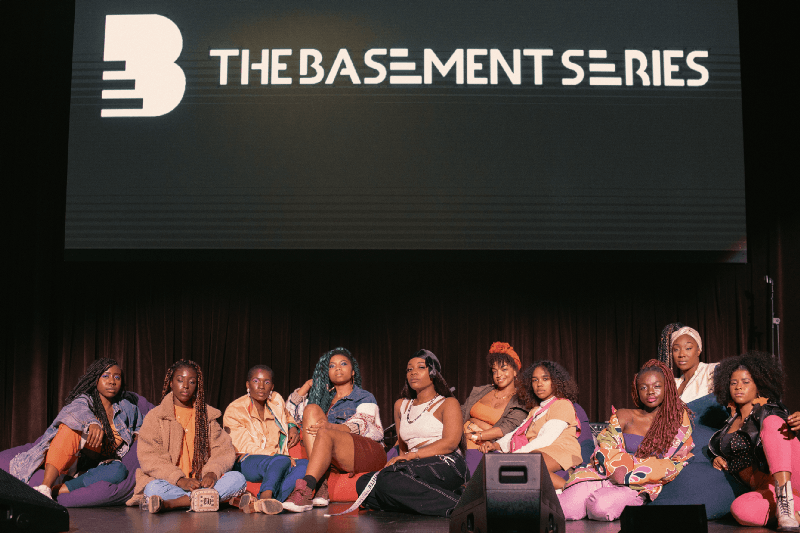 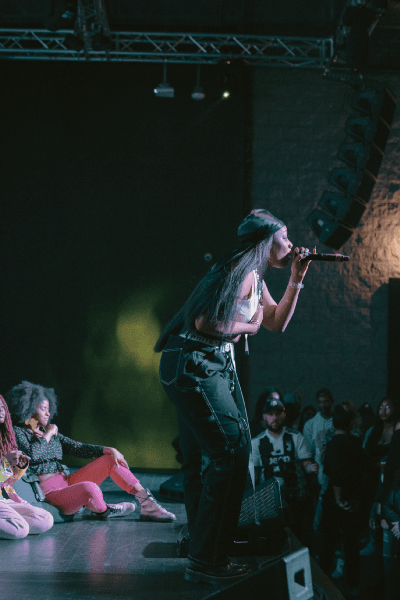