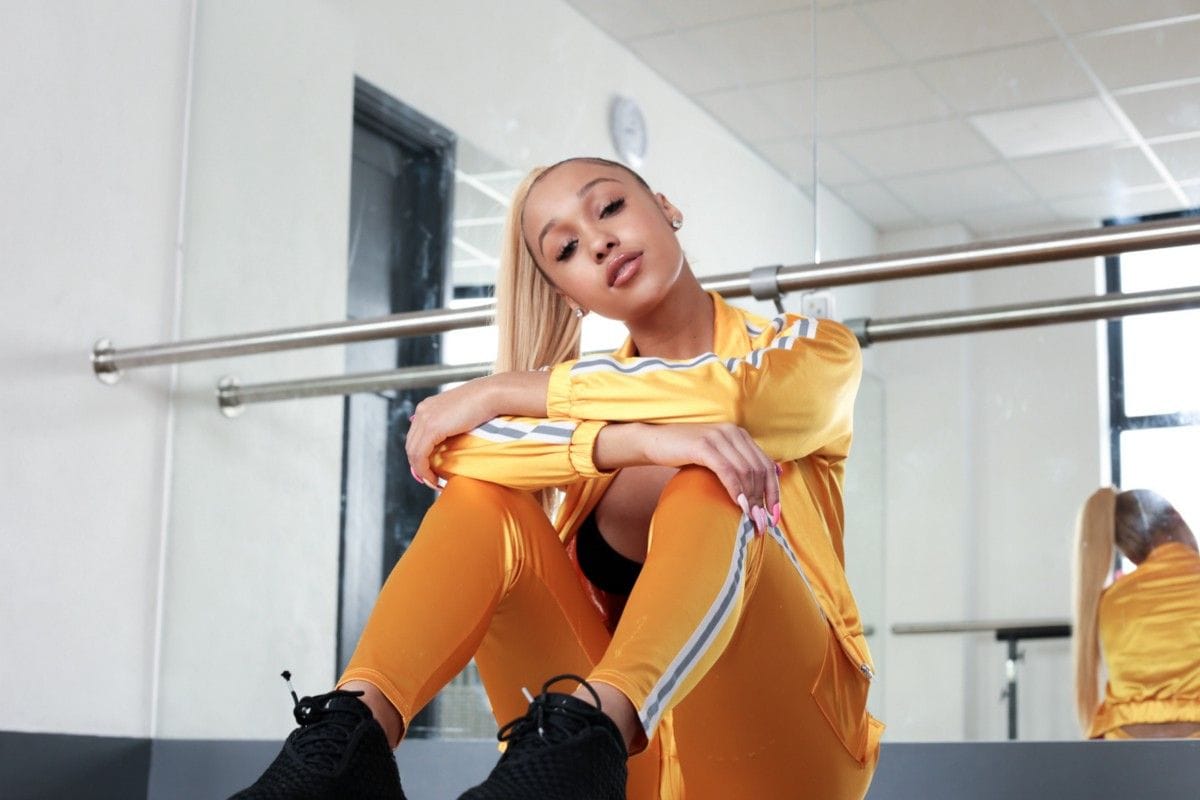 Imani Williams, aka @imani, curates an exclusive playlist for Audiomack and talks to us about putting in the work to reach her goals, trying to break out of the UK to become a global star, the importance of family support, and more. Interview by Keshia Hannam, aka @keshiahannam, and photos by Sarah Harry-Isaacs, aka @sarah.harryisaacs.

Imani was discovered by her singing teacher at 14, signed at 15, and appeared on her first song at 16: Sigala’s smash hit “Say You Do,” which went on to have over 24 million views on YouTube. Success came quickly—the Welsh-Caribbean singer/songwriter from Acton in West London raced from her last English exam to her first performance with MTV for 30,000 people.

Now 19, Imani has worked with some of the world’s premiere dance songwriters—DJ Fresh, Team Salut, ADP, and more—while picking up writing credits and honing her own sound. Focused on the spotlight as a solo artist, Imani knows she has what it takes for superstardom. With this awareness comes a vision that sets her sights only on joining the world’s most respected performers: TLC, Rhianna, 3LW, Beyoncé. Her dream collaboration is with Cardi B and Ariana Grande—a hybrid she physically resembles, but also two women currently seated at the peak of popular music. 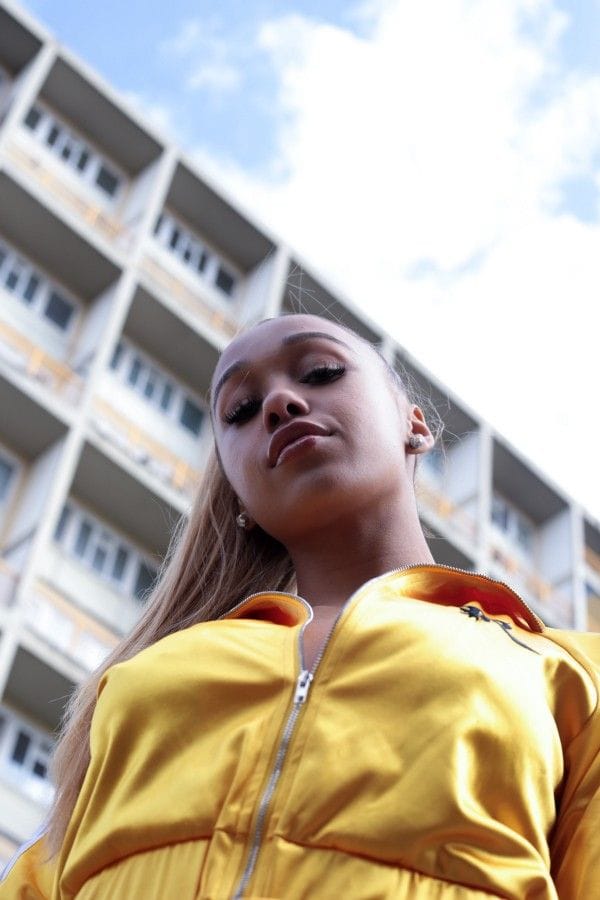 Imani has been able to walk the line between staying true to her London roots while acknowledging that there is inspiration and opportunity further afield. She may look like a pop princess, but she’ll be the first to say the estate she grew up in taught her what it was to live rough. She knows her lane, and applies the same perseverance she cultivated as a young teen to giving audiences performances that leave lasting impressions. Performing is her specialty, and though her goal is to take that talent on tour across the world, she’s building slowly on her home UK turf before launching abroad.

Even on that home turf, though, Imani’s influence is already apparent, and her DMs full of young girls calling her a role model and asking for advice. Even as she works to reach the heights of her idols, she’s quickly becoming their London equivalent for young girls in the UK.

“I used to wake up early, before school at 6 a.m., and sing while I went jogging, so I could build up my stamina. I was always a very driven child, and I knew I couldn’t always be hanging out with my friends if I wanted to succeed. I had a plan in my head and I knew I had to sacrifice. I’d go from Brit School, which is two hours away, and go all the way across London to the studio everyday. It’s a lot of hard work, but when you really want something, you don’t see it as hard work. You’re willing to pay the price.” 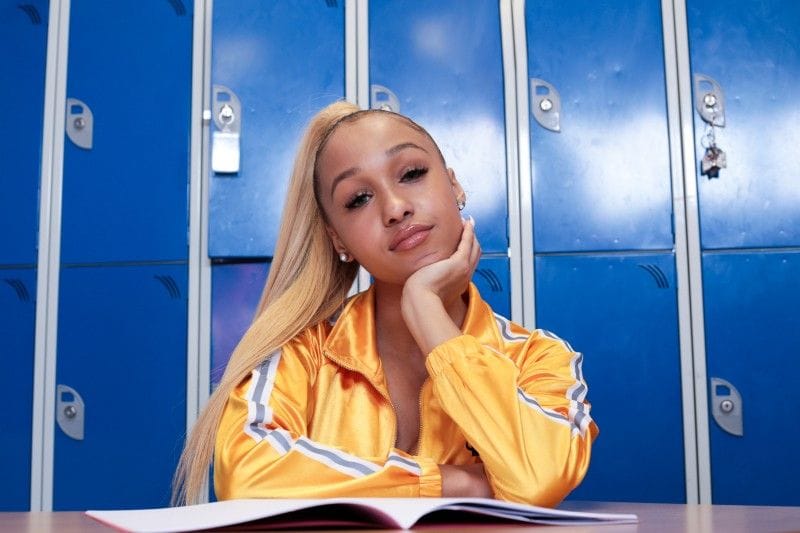 “I retreated [from the spotlight] to be able to work out my sound, and have been fortunate enough to work with some of the most amazing people. Team Salut—they do the biggest Afrobeats hits in the UK; ADP, he worked on my last single—he also did ‘Bestie’ with Yungen and Yxng Bane. I’ve worked with different people with different sounds to work out what mine is.”

“There aren’t many artists from Acton. There’s a few from West London, but not really any from Acton. I don’t know where I got this vision from, but I know it was always in me. I have always wanted to be a singer. I would just imitate what I saw on the TV and that’s where I saw myself.”

“As long as you have a plan, and you stick to it. No matter what, you are going to get there. Even if you have kickbacks. You’ll get there eventually.” 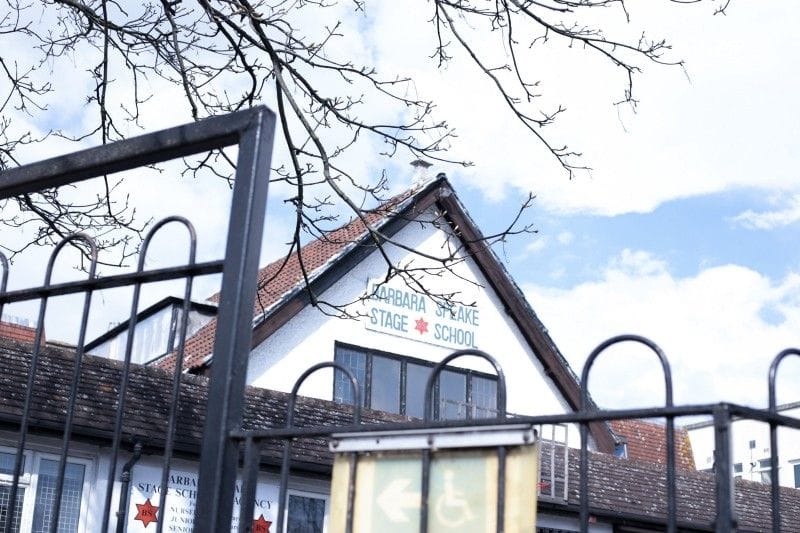 ON GROWING UP IN A TOUGH PART OF LONDON

“Looking at me, people might think I’m a pop princess that was trained in performance. But coming from the estate I grew up in, it was hard to see there was more to life. It’s different now, but when I grew up in South Acton, it was a complete shithole. The lifts always smelled like pee; it was dangerous. Not really dangerous for me I guess — I would still play outside with my friends. But I realize now looking back that my normal wasn’t actually normal for everyone else.” 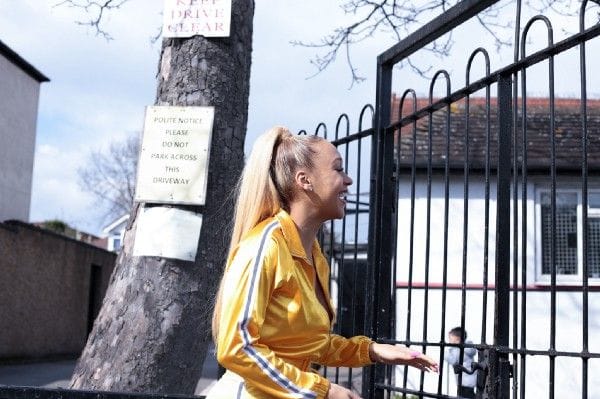 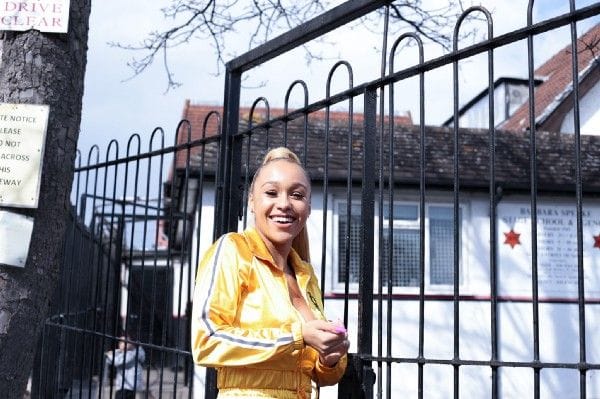 “A lot of people get in to trouble because there isn’t anything else to do. Having a focus with music saved me in some ways; it kept me out of trouble. My older brother got into trouble when I was seven. He got arrested, and he’s still in jail. It was at that point my mum said, ‘Okay you have this talent, you have to use this to get out of this.”’

“Growing up, I did have a lot of people believing in me. And that’s important you know–having people believe in you.” 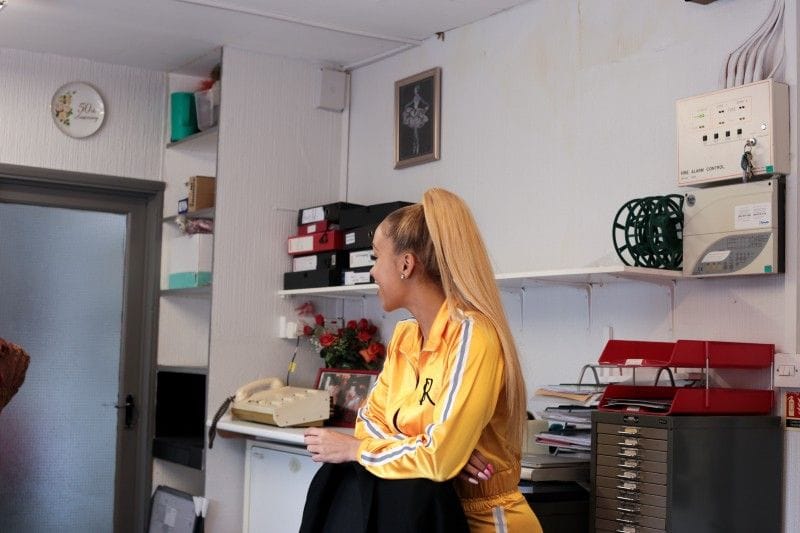 “My mum is the whole reason I am here. From being young and seeing her struggle, with my brother and with money and everything, it definitely showed me that I wanted to do better. And I think my mum knew that and wanted a better life for me—that’s why she pushed me to audition, and would drive me there, even if she missed work.” 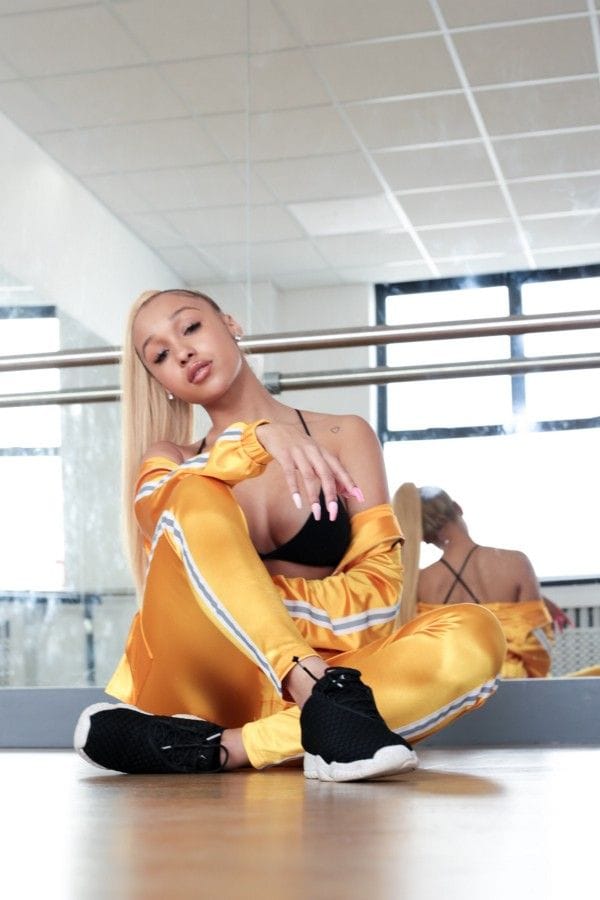 “J. Cole says there is beauty in the struggle, and he’s right. It’s humbling to come from that sort of place, and have a single mum, and not have everything. It means when you get there, you appreciate it so much more, because you didn’t have it in the beginning.”

“I don’t think the UK is influenced that much by other countries; not so much by the US. The thing about the UK is that is it has its own slang, and rappers speak with the words of their own area until they get bigger and bigger.” 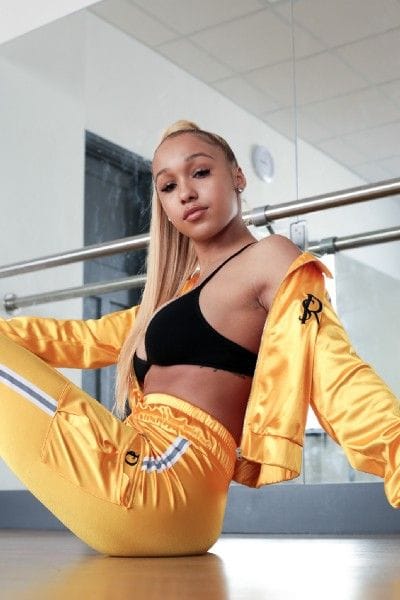 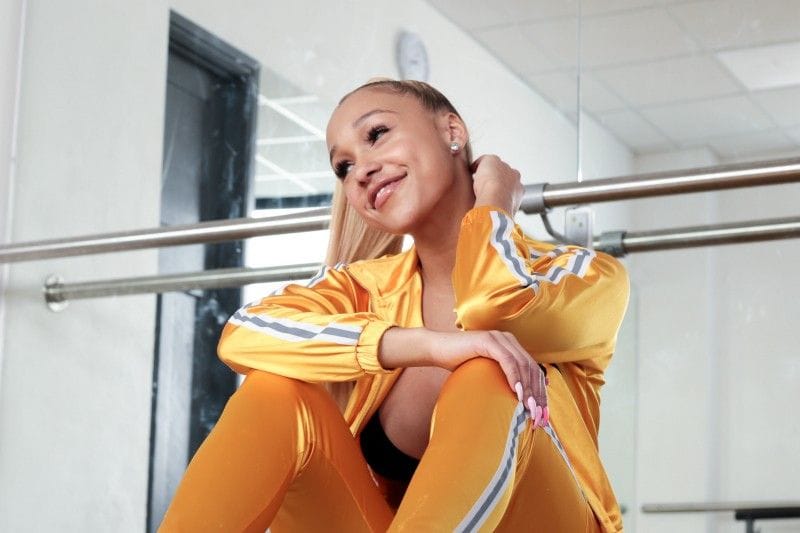 “Setting an example by doing what I am doing is enough to me. Seeing me do bigger things, after being from such a tiny stage school, I hope is inspiring for the younger girls from Acton.” 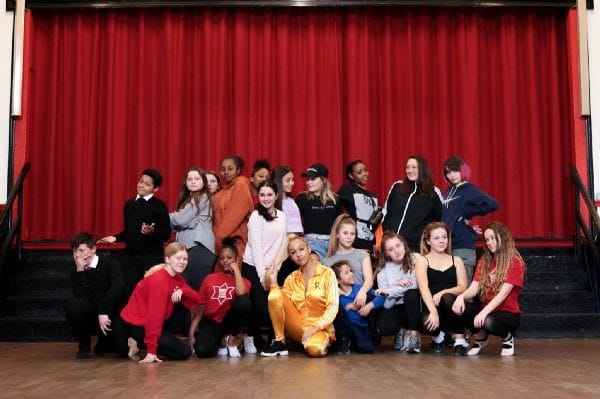 “I always get messages in my Instagram from young girls and it’s so cute. It’s like, ‘I love singing but I don’t know how to get into it—do you have any tips?’ I always reply to these people because I want these girls to know it’s not just a dream. You can take steps to make it a reality.”

“I look up to anyone from the UK to break out beyond the UK. UK artists who have made it in the US for example, that’s one of the hardest things to do. That’s my dream. I want to be touring worldwide—that’s my absolute end goal.” 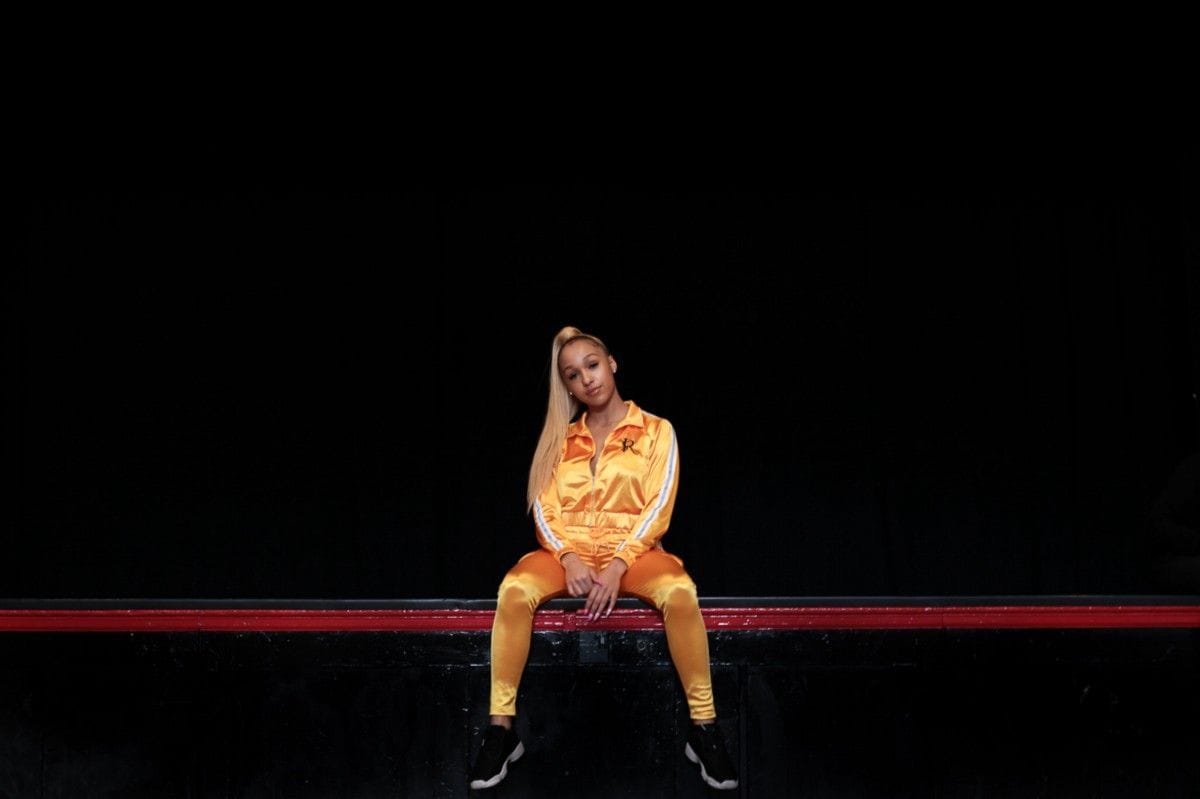