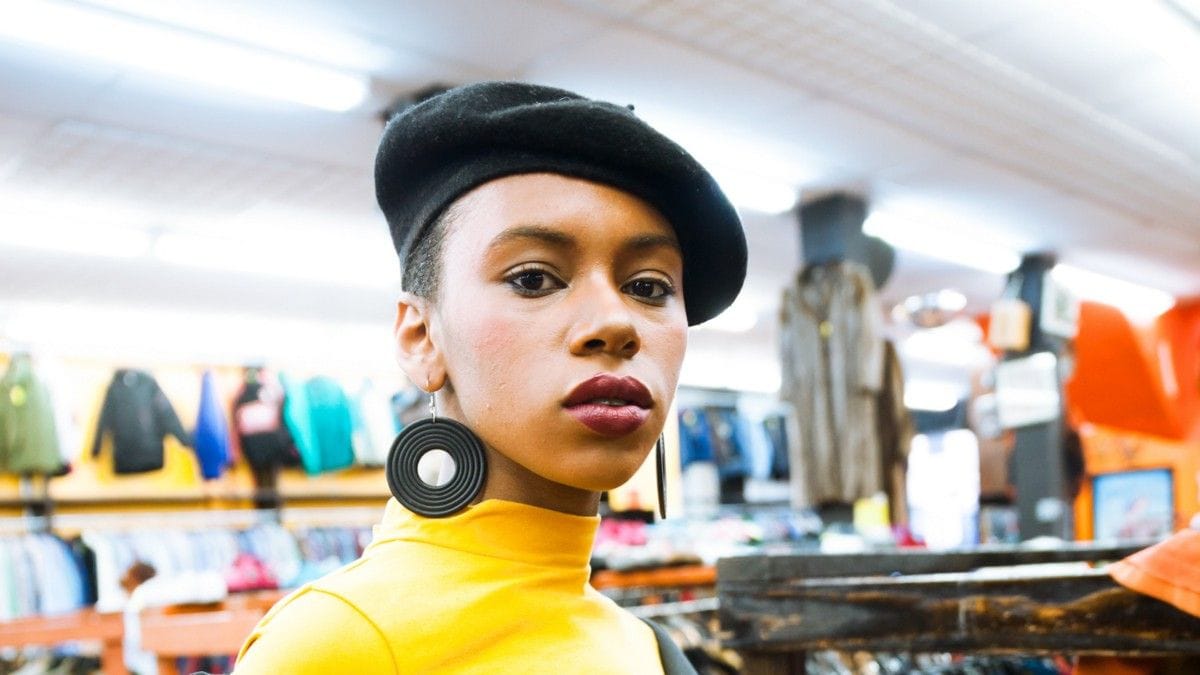 Dylan Ali, aka Dylan the Gypsy, curates an exclusive playlist for Audiomack and talks to us about the NYC and DC music scenes, telling a story with your style, taking a stand for black and Muslim women, and more. Interview by Keshia Hannam. All photos by @yvng_leo.

Dylan the Gypsy would rather be known as Dylan Ali these days. Having crafted her better-known moniker at age 15, the Washington, DC native has found success as a DJ, actor, event curator, and more since making her way to New York City. A small sampling of her résumé: opening for 21 Savage, Lil Yachty, and Trippie Redd; performing at DC’s Soul Smoke music festival; featuring in campaings for Sephora and 10.Deep; packing out parties for her event series Pink Honey and Sweat; and nurturing musical and astrological harmony as part of her 12-part ASTROLOMIX series.

Now more partial to her government name, Dylan Ali understands the appropriative nature of her “Gypsy” designation. This understanding is one piece of her broader dedication to creating safe spaces for Muslim women — she recently launched the first Eid Brunch in partnership with North African magazine Minaa Zine, with a lineup of all Muslims of the African diaspora — and taking a stand for black women far beyond the borders of her East Coast upbringing.

Audiomack: Why Dylan the Gypsy?

Dylan Ali: When I was 15, a commercial came on for My Big Fat Gypsy Wedding. It was the era when everyone was “The” something and so it stuck. I got a lot of attention for my style back then on Instagram, and so I’ve held onto the name. 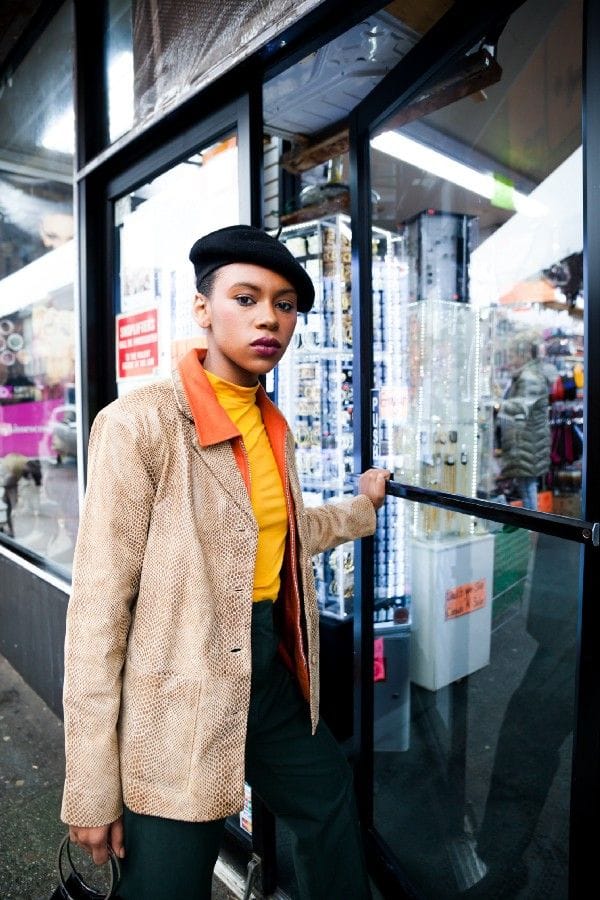 However, I have a cool legal name. I act too, so I would rather people know me as Dylan Ali.

What I didn’t know as a 15-year-old was that gypsy was really a Romani oppression. In the Balkan region, gypsies were genocided, experimented on, put in the ghetto and starved. It’s what I know now to be appropriating.

You’re from DC — how has that affected your style and are you proud of your home?

DC isn’t an epicenter for music. I feel like I am helping in regeneration from outside.

I love where I am from, and being from there has helped cultivate who I am. Being a black Muslim woman, in DC I was able to really grow and accept different parts of me. DC is socioeconomically and racially diverse, and that’s made me well-rounded, which has also contributed to my DJing. At 16 I would be at a house party with kids from the hood, skaters, diplomats and tech kids, hipsters, jocks. I have always had experiences in traversing different genres. 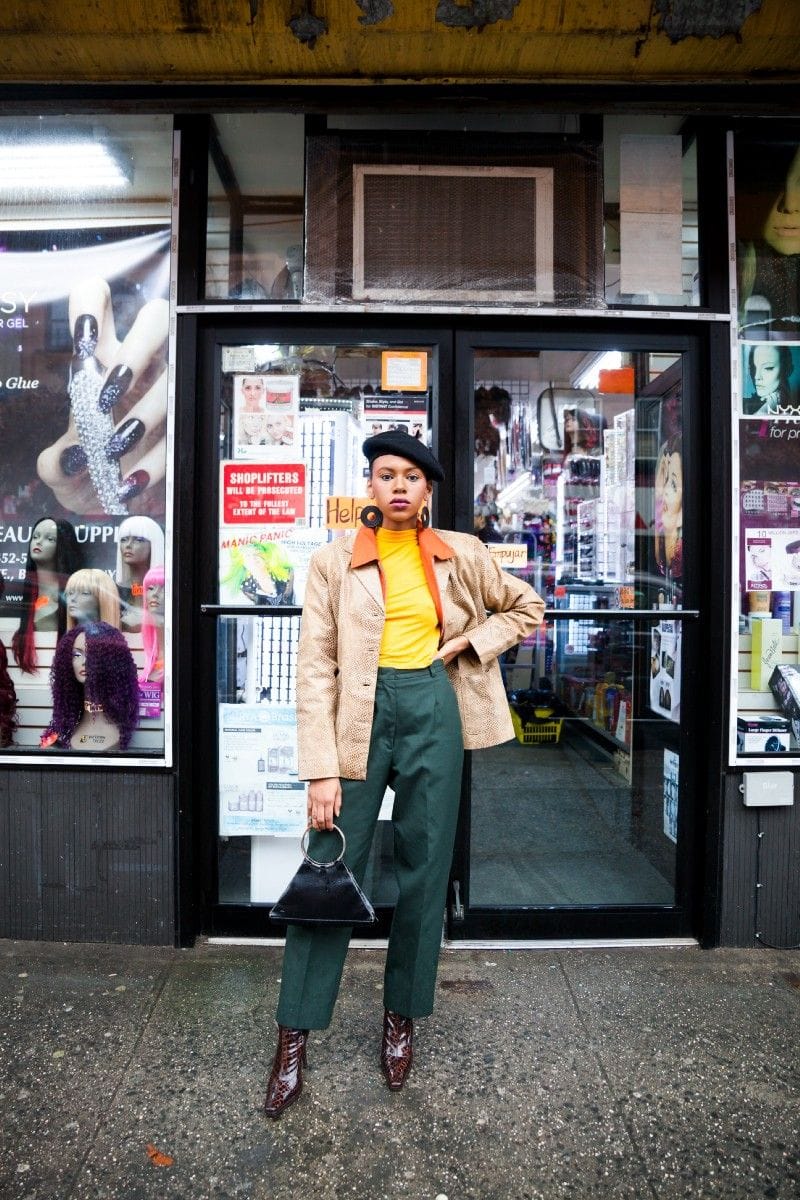 You say that people paid attention to your style early on. Tell us about that.

I really believe in telling the story within your means. Tell your story in any way you can, no matter your resources. The shops I frequent are accessible, the clothes I wear are vintage because they have stories.

We’re constantly reminded of the things we don’t have. As we look at the influencers on IG we’re forced to remember what we’re lacking. Little do we know that this person got paid thousands to promote one product that has been over-edited. It leads to depression. 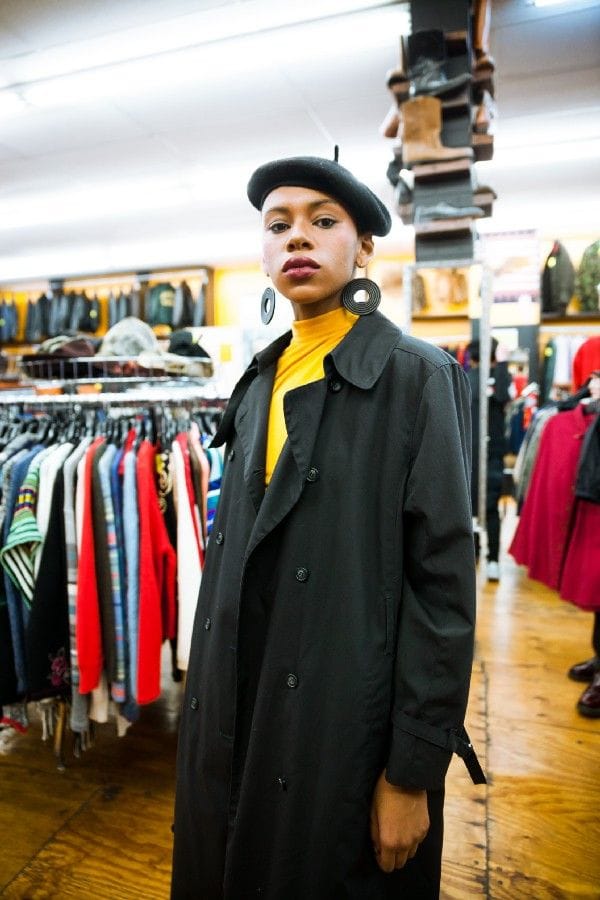 Focusing on what you don’t have is always going to draw you away from what you do have.

Describe New York’s music scene, and what makes you stand out here.

Because New York City is a capitalist epicenter, there are so many varying people and issues that you can’t just pander to one. It doesn’t matter whether you’re DJing events, acting, promoting parties — you name it — you have to be able to bring them all together and traverse the landscape to make them one. That’s what a good DJ [in New York City] is able to do.

You have to be able to hit a queer party and rock ’80s pop. And then later it’ll be low beats, and kitschy things I couldn’t play in a posh club of Swiss white people. The one trademark I’ve stayed true to is breaking records. I have always been ahead of the curve about who is about to be hot.

What’s the biggest misconception about New York’s music scene? How about NYC in general?

Everyone think New York is Studio 54 mixed with every single Diddy film clip from the 2000s. Everyone think it’s the hottest spot ever. It’s not the same as it was in the mid 2000s when I first started coming here. 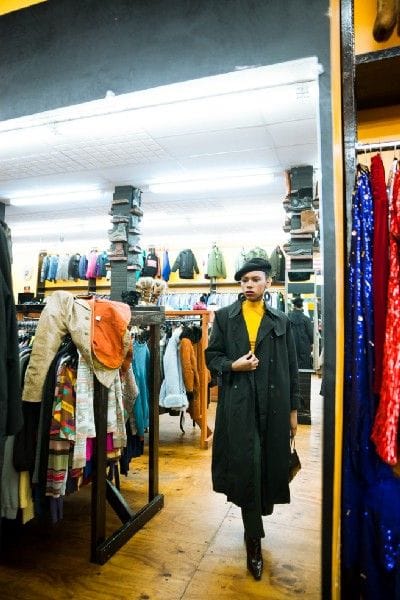 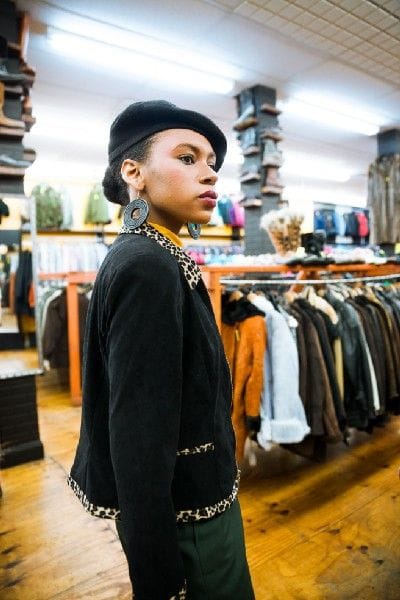 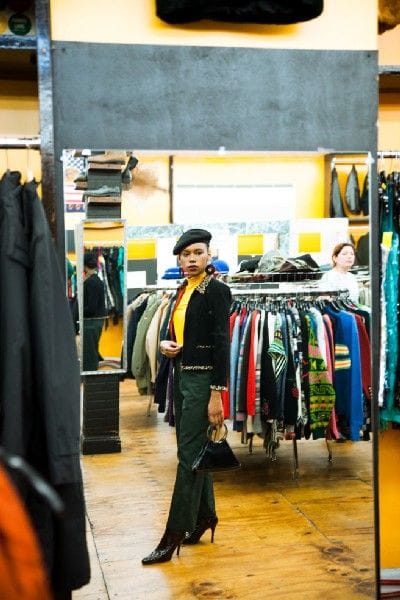 That said, you won’t encounter the type of diversity and free spirits that you find in New York anywhere else. Berlin is the closest to NY when it comes to the turn-up, “I don’t give a fuck attitude.”

The thing I love about New York parties is that the facade eventually dies. There is a moment at 1 a.m. where everyone forgets the clout and turns up. It happens everywhere eventually.

How will you use art to change the world?

Art should be a mirror of the human condition. The only way to do it is to be truthful and detail-oriented. If it’s specific and honest, it’s art. It’s all predicated on that person’s point of view. I think of Mark Rothco — it’s all subjective.

What do you care about?

The girls, the gays, the black people. The disenfranchised. The Muslims. I care about the poor and the underdogs. 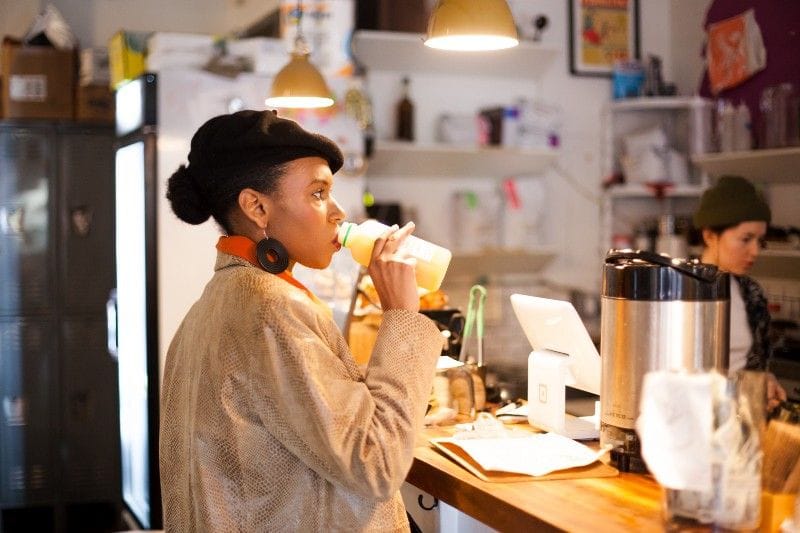 Because when I was one, I realized they had the most interesting stories. Everyone pretends to be a superhero with no adversity, when really we are all the underdog in our own storytelling.

What’s the main cause you stand for? 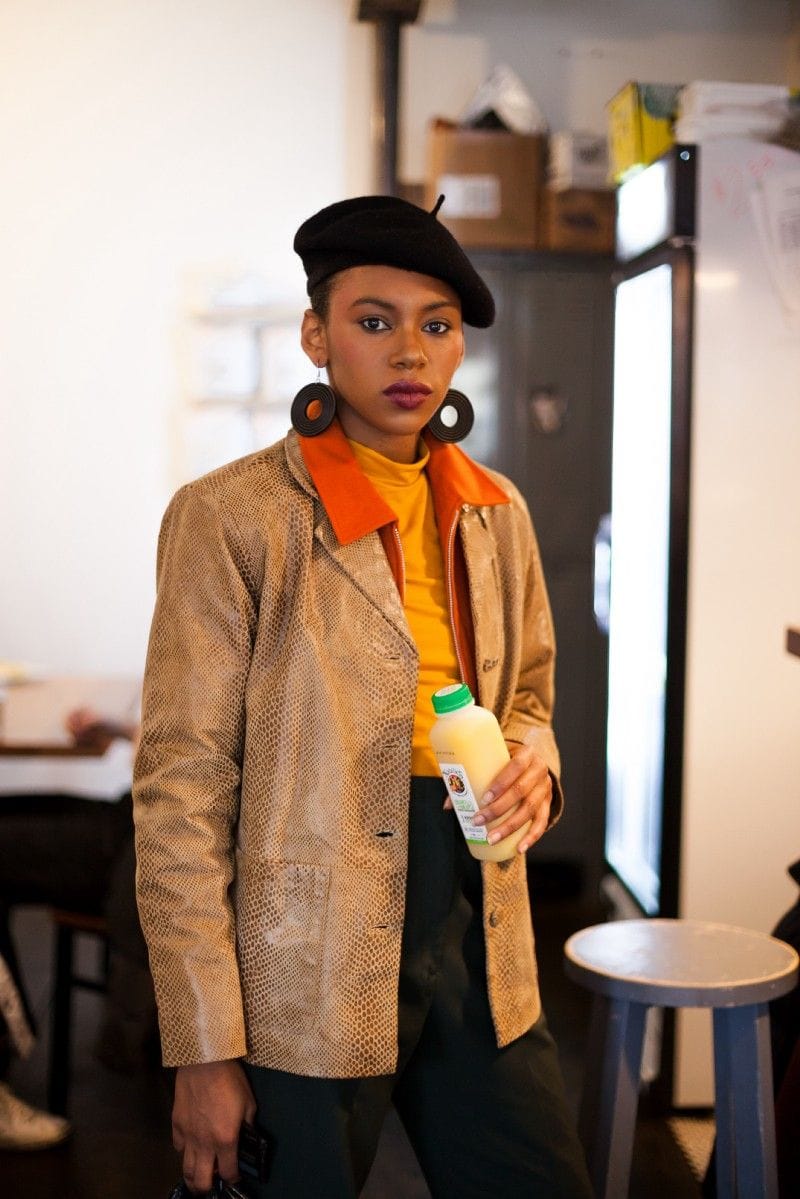