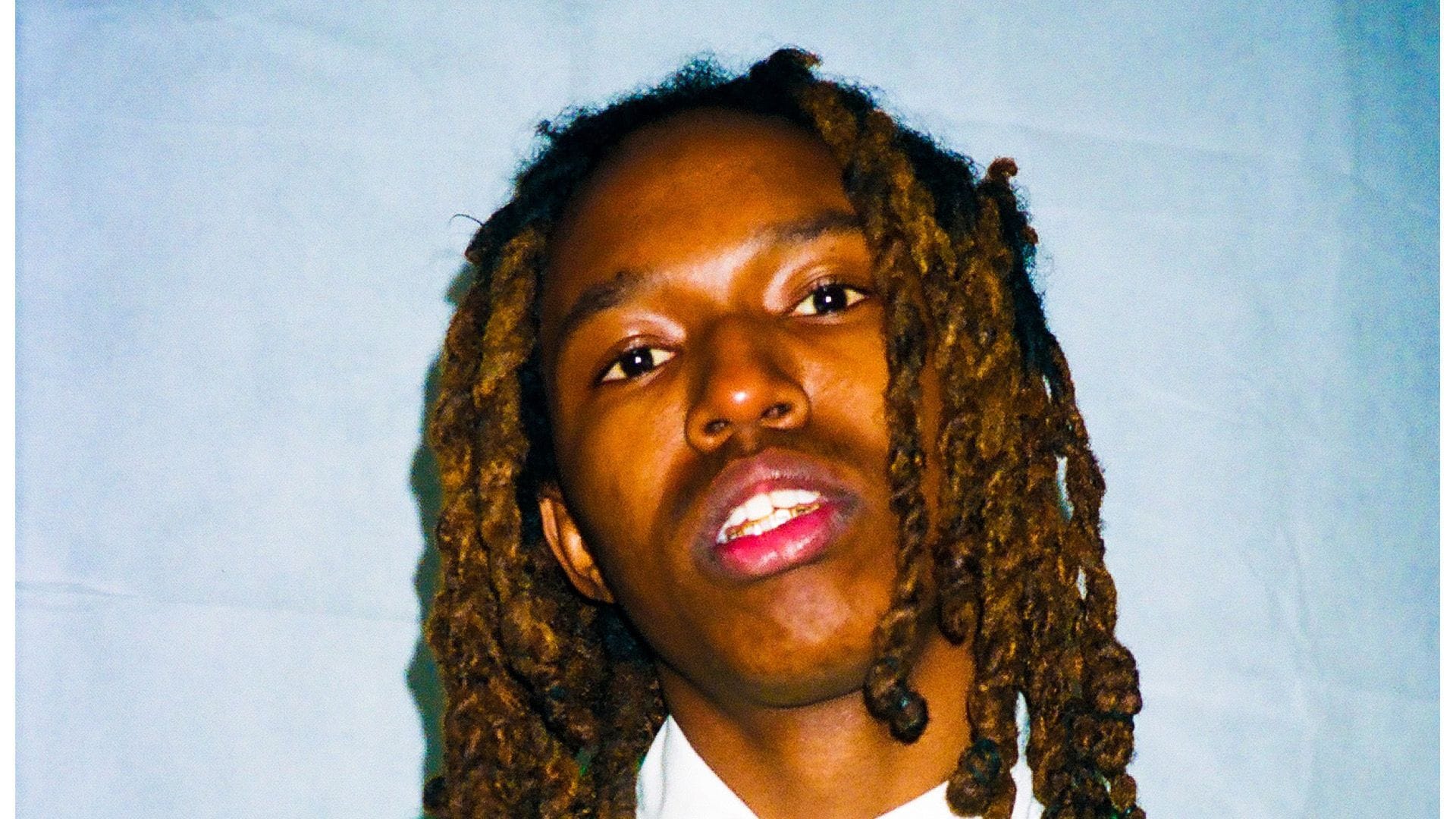 Mavi’s raps are as explosive as they are intimate. The hype surrounding the Charlotte, NC rapper’s 2019 breakout project, Let The Sun Talk, was immense; it was released to universal critical acclaim and, paired with his barn-burning feature on Earl Sweatshirt’s “EL TORO COMBO MEAL” just weeks later, marked him as a rapper’s rapper to watch.

His latest project, END OF THE EARTH, released this past Monday via UnitedMasters, is Mavi’s first in over a year, and he is, as he tells me over the phone on release day, both confident and nervous about how it will be received. “I haven’t dropped new music in a long time,” he says. “It’s a head bust because it’s been build, show, and prove, build, show, and prove. The build part is like purgatory, and the shadow of all the people who listen to you is cast over you. I needed to see myself succeed, bro. Needed to come up big.”

On END OF THE EARTH, Mavi meets his professional anxiety and the general sociopolitical chaos of the last year head-on in the best way he knows how: by rapping his ass off. The chaotic rhythm of his voice is a smokescreen concealing just how precise and tightly coiled his verses are. He raps like a daredevil, taunting the crowd while staring danger in the face, especially on closing song “TOWN CRIER.” 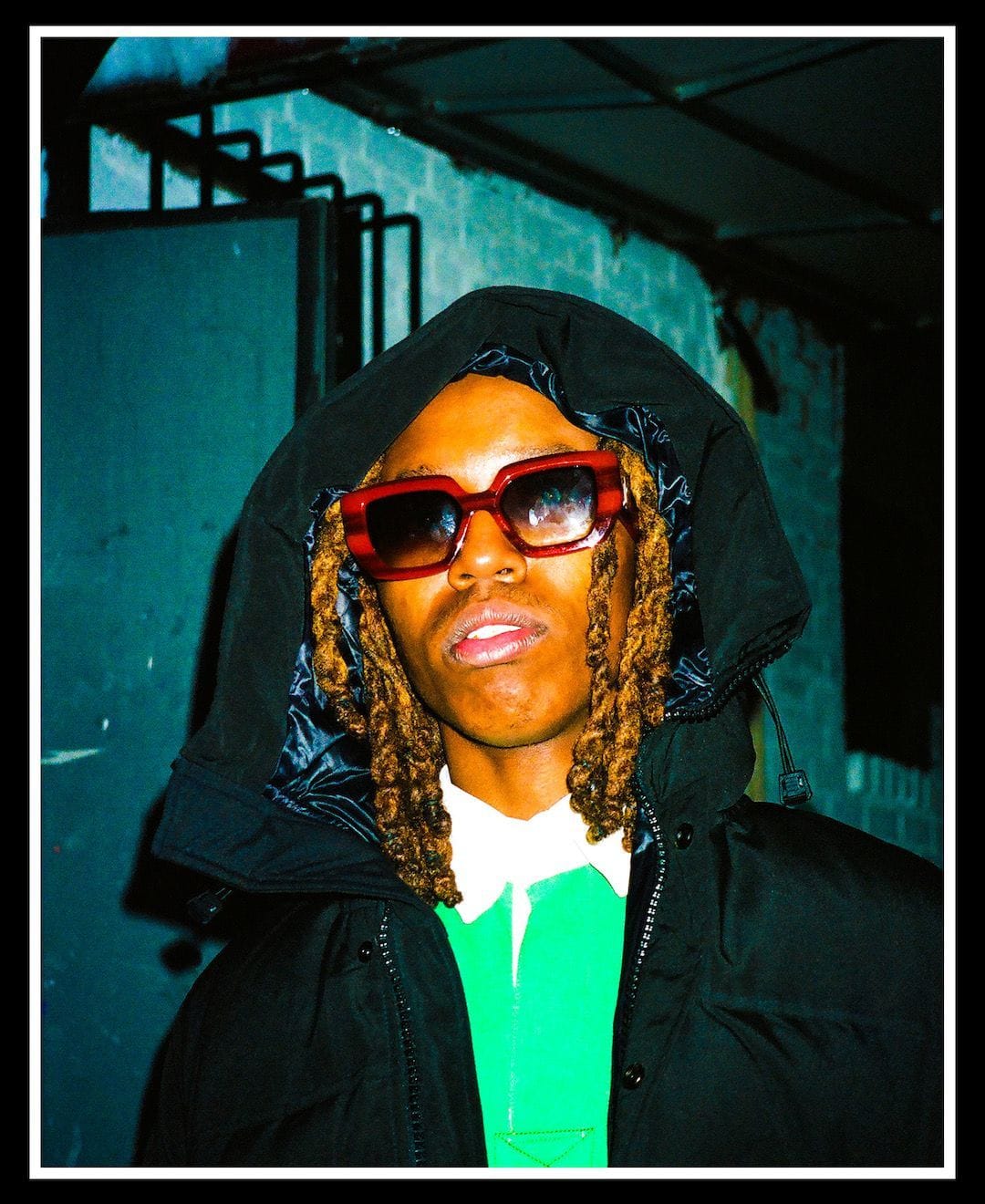 For all his success and growing confidence as a rapper, Mavi remains committed to getting better. “When you on the ground, you wanna get on the mountain. When you’re a quarter of the way up the mountain, if you fall off, you dead,” he explains. “And you still got 75% more to go. The bottom of the mountain is the best motivation to keep climbing.”

Has the isolation and anxiety of COVID affected your creative process?

I’ve just been hiding out with my girlfriend type shit. We’ve been in the cut watching Hulu. Isolation has helped me confront my anxieties toward going home and how me and my niggas can replicate what I’ve done. It gave me a lot of reckoning time because shit got real and hit a peak. It’s scary, but we gon’ thug it.

Do you feel like your music has changed because of all of this?

The music is always gonna change because I don’t like to be doing what everyone else is doing. What I think is hard, and what I like about my voice is constantly changing. I’ve been rapping since I was 14, right? I knew what kinda rapper I wanted to be at 16, at 19, and at 21. Every year you get a different list, and that’s why I like to mix up the sonics of it. My discography banging, as long as I keep the rapping up. My shit is so deep that you can get multiple different kinds of listening experiences and have it be tough to judge them against each other in terms of quality.

One thing I’ve grown to love about your style is that you rap like you’re trying to get every last thought out of your head. Your voice is frenetic, but your flows and diction are next-level composed, especially on a song like “TOWN CRIER.”

That’s a really important track. It’s just hard for me to rap a different way. It’s all about me trying to emphasize the important idea. You know how you’re reading a good thing, and then you start highlighting the whole book? That’s the urgency, to me. This is the part for this reason, and I gotta show niggas through my tonality. So much ends up being important that you’re boxing for space. That’s Muhammad Ali; that’s why I’m the champion.

The last time we talked, we touched on the importance of making music that speaks directly to Black people. In the wake of everything that’s happened in the last year, do you feel a greater sense of urgency to make music for a specific audience?

I’m tryna improve as many Black people’s lives as I can with this shit. I’m trying to get my shit automated so that it’s doing that on its own. It’s been tricky, and I’m open to learning. That’s the increased urgency because we’re moving faster toward some shit, which is definitely in the wake of things happening since we last talked, for sure. Especially the general instability from the government. I feel like the urgency is getting more pronounced. Things that used to feel small—ideological differences—are now the precedent for moving in those directions. It gets tricky, bro.

White supremacy is a group of infrastructures that collude to increase the socioeconomic standing of whiteness over Blackness and non-whiteness. They harm Black people in real modern ways with the times but always for the specific root cause of keeping Black people as the social and political underclass in the United States. The increased urgency from a different form of political torture and murder on behalf of white supremacy by the state; while the same ones that existed on the last go-around, or from the time when I wasn’t even a rapper or even born, still persist.

Not that we’re having a woke-off Olympics or anything, but even pointing to this year and this moment, where the medical system, public services, public defense systems, and privatized utilities have failed Black people. These are ongoing failures that are coming to a head that we need to think about in the long-term. 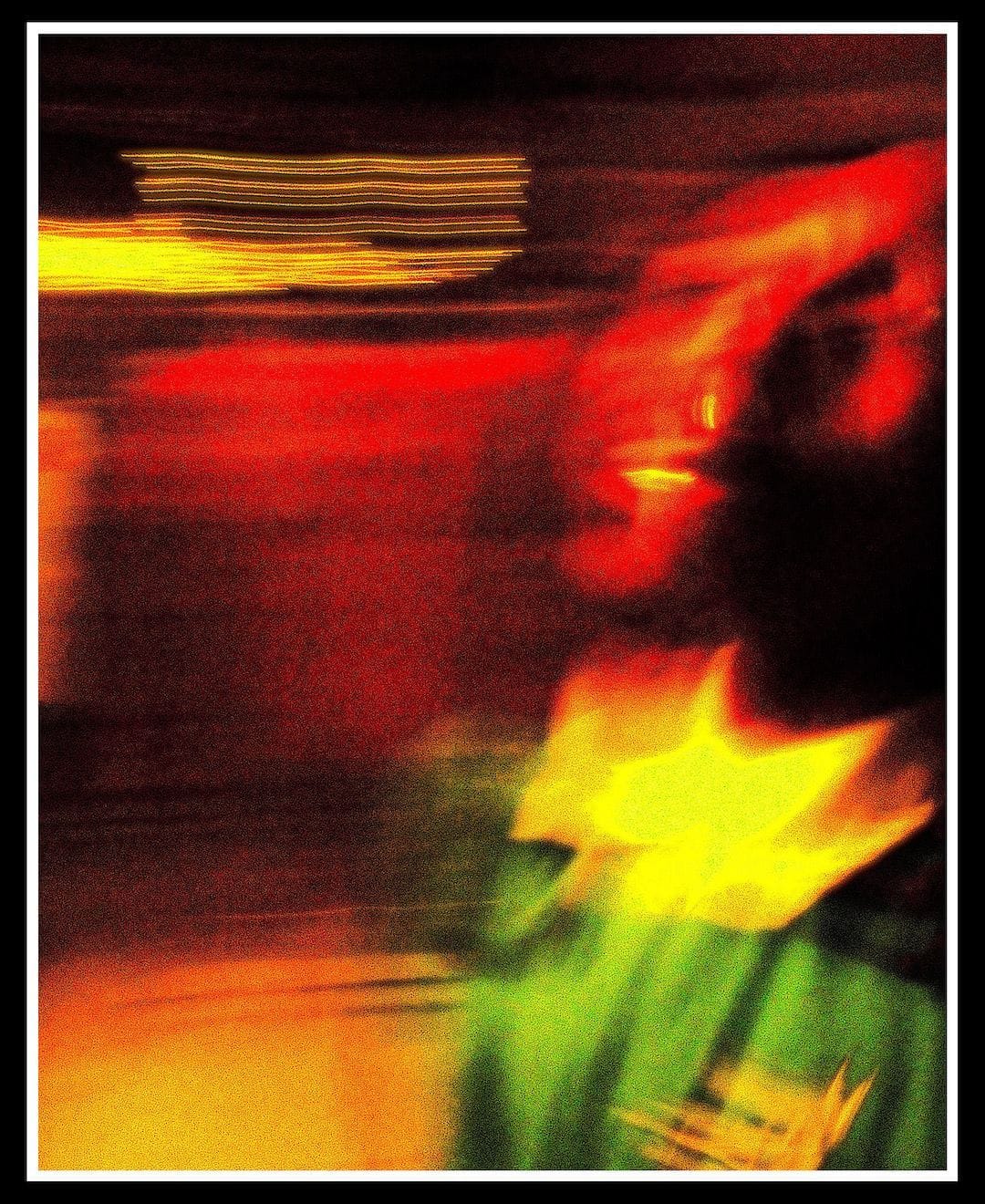 Hearing the voicemail with your grandmother at the end of “TIME TRAVEL” is a brief but heartwarming moment. That clip is like a shot of hope in the middle of darkness. Family seems to be something very grounding for you.

Real life is so dynamic. You can laugh real hard after you just got done crying. There’s those small, good, and bad peaks that equalize and offer stability. That’s as close as we gon’ get. [My grandma’s clip] was to show that. I have a grandma, bro. I’m not just a rapper or a collection of lyrics for you to project your thoughts onto.

I love my family. That’s the best thing I could ever have. I come from a beautiful connection of people who have all manner of knowledge and have been through all sorts of shit. We beat the odds, bro. My whole family on either side.

You’ve made some significant gains since Let The Sun Talk. How does it feel to look down and see how far you’ve climbed since 2019?

It’s scary. When you on the ground, you wanna get on the mountain. When you’re a quarter of the way up the mountain, if you fall off, you dead. And you still got 75% more to go. The bottom of the mountain is the best motivation to keep climbing.

I be grateful, above everything else. I can send my momma some money, pay my rent, and use my platform to do good and figure out my own shit. I wouldn’t change that for nothing. I got all these niggas’ masters working on my plantation.