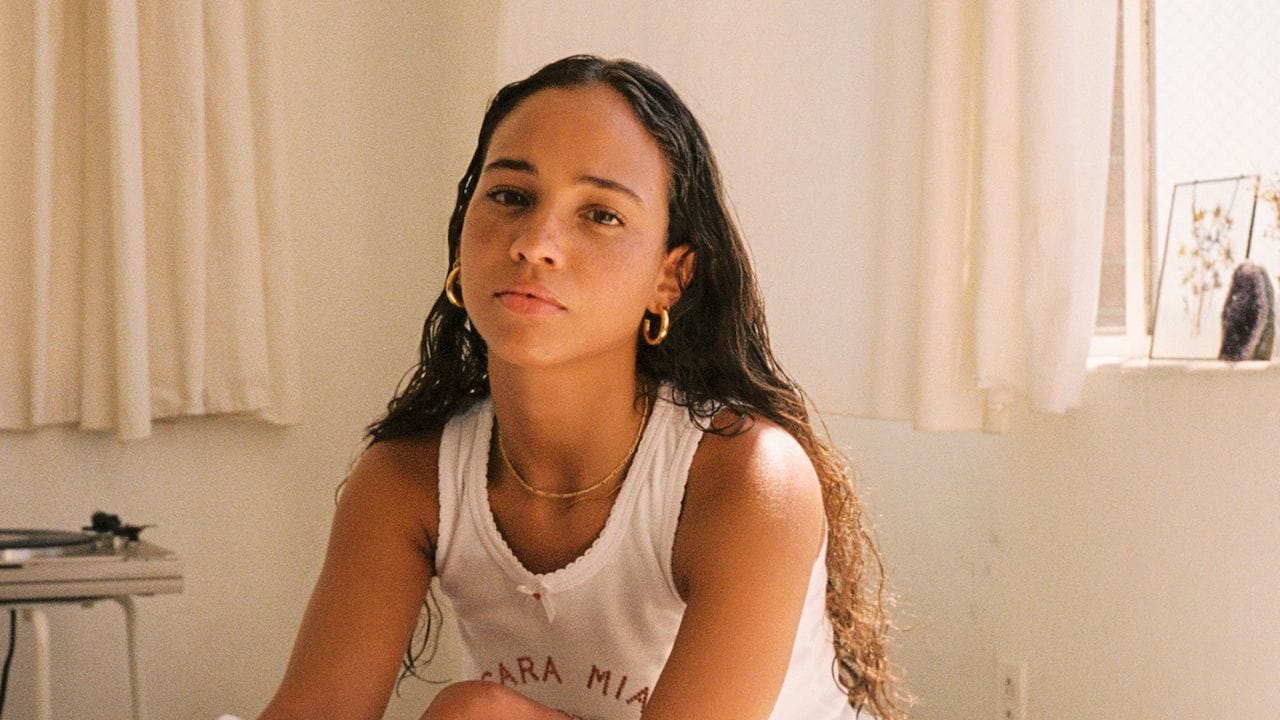 María Isabel’s tender voice and sterling poetics are enough to make the coldest of hearts melt. The 24-year-old, LA-based singer-songwriter’s debut EP, Stuck In The Sky, out October 16, is a rumination on a long-distance relationship, love, loss, and the pains we go through for romance. The EP is steeped in the universality of teetering on heartbreak, but going back in for one more taste of a lover we can see but cannot touch. Single “The 1” coils around the listener, the silky nature of María’s vocal coming across as a satisfied purr. Stuck In The Sky’s will-they-won’t-they narrative spins a timeless tale in just 16 minutes.

Falling in love with reading and writing at an early age, María Isabel drew influence from heavyweights like Amy Winehouse and Lauryn Hill, while also drawing influence from the music of her childhood: Bachata and merengue. With two supportive parents who emigrated from the Dominican Republic, the artist crafts a signature sound featuring enchanting vocals and probing writing.

On Stuck In The Sky’s third track, “Distance,” María asks, “Distance makes the heart grow fonder, what about the rest of me?” Her vexation comes across smoothly. Each twinge of pain on the EP is braced by a gorgeous run or sweet melodic moment. María Isabel showcases vulnerability as a strength, never succumbing to the perils of being unsure in love.

Stuck In The Sky feels like a revelation for anyone and everyone who has ever been in a knotty love affair. María Isabel gives us complicated and dejected folx a comforting voice.

When did you realize you could sing?

Immediately. As soon as I could speak! Later on, I became a singer-songwriter, but to start, I was just like, “Yeah, I’m gonna be a singer. No matter what.” 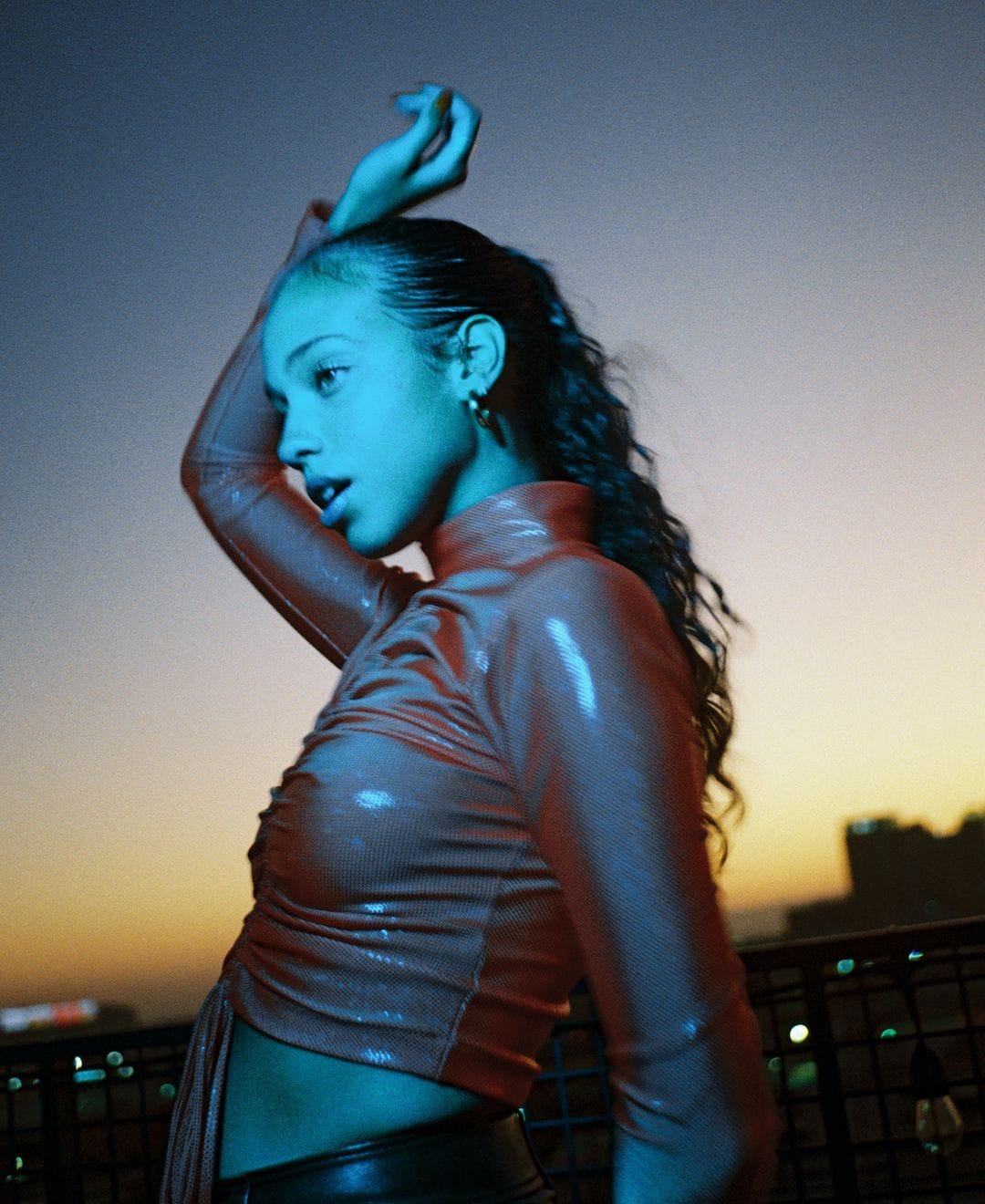 You’re such a poet. When did you fall in love with writing?

I always loved reading and writing. I was writing poems in school with all the rhymes I could possibly come up with. I didn’t start seriously songwriting until 2017, like junior-into-senior year of college. I started out singing in the church choir, and then I did a performing arts high school in Queens. I didn’t have the opportunity to figure out what I wanted to say [in my songs] until college. The inspiration with writing, specific to my songs, starts in high school jazz classes, and then people like Amy Winehouse and Lauryn Hill. Those are the people that stuck out to me in terms of writing.

Your debut EP is titled Stuck In The Sky, obviously a nod to traveling for a long-distance relationship. But looking deeper, what does being stuck in something vast mean to you?

Partially, yes, I was literally stuck in the sky, flying back and forth. It’s not a short flight from New York to LA. But it also meant, to me, being stuck in the relationship. Relationships need to keep growing and evolving, so when we’re not in the same place, and the only way to do that is through a FaceTime or a phone call, it feels like there are shorter lengths you can go in terms of growing together. So it felt like the relationship was stuck, too. It was two different stories, what was going on for me personally and then my relationship. Flying back and forth felt weirdly freeing, but at the end of the day, that’s not what I wanted.

The EP is all about love, loss, and missed connections. Why were you drawn to those topics?

When I started writing, I realized quickly that what I was putting down on paper were things I wasn’t telling the people around me. It felt much easier to admit things to my notebook, close it, and call it a day. Even with the long-distance relationship, you wanna do whatever you can to make it work, and the other person is in the same situation, so they empathize, but you can’t complain to them all day. Music was a place to put all of my frustration and make sense of what I was feeling.

The second project, I wanna focus on mental health and things that are hard to talk about to other people. 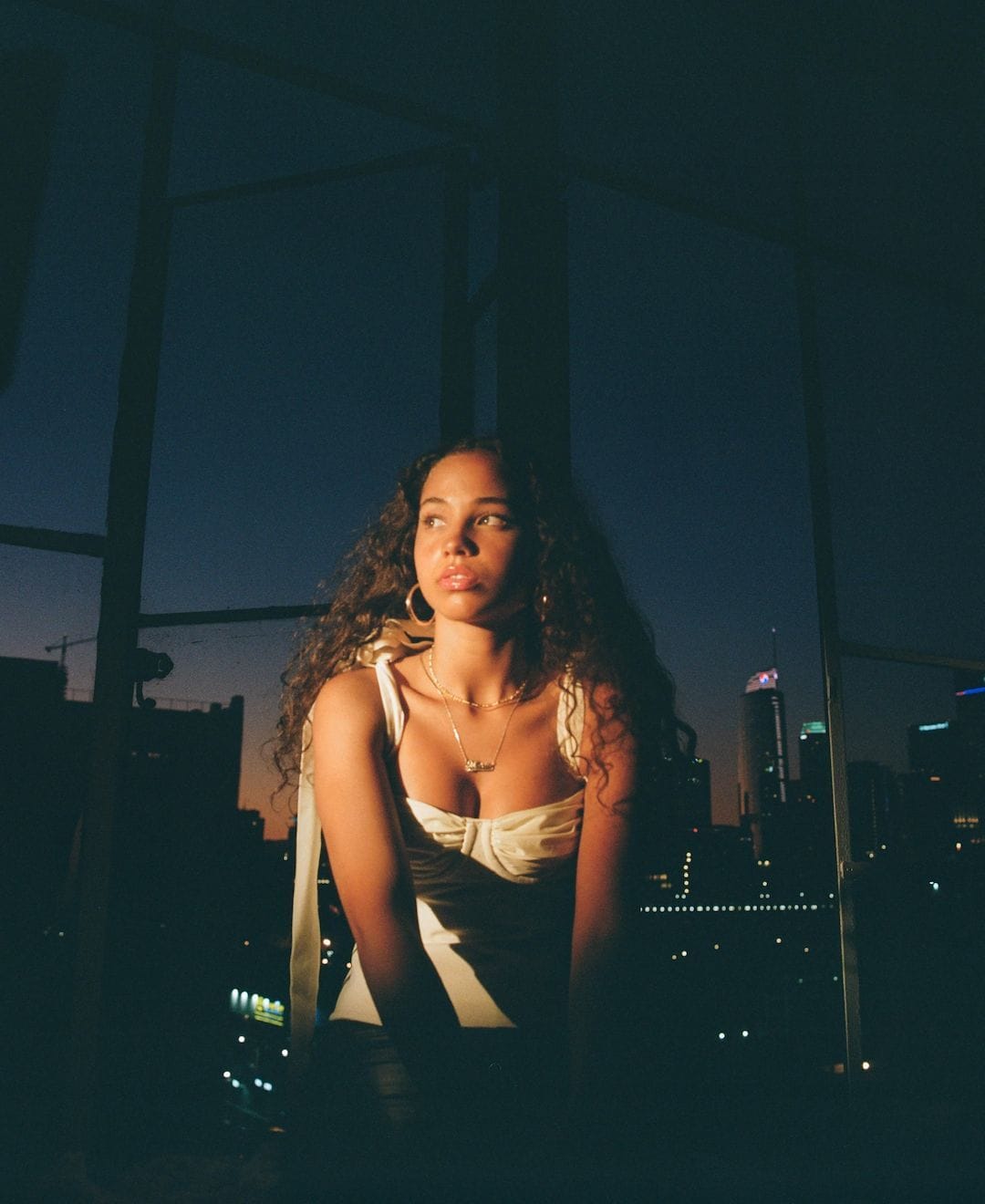 To me, the best songs are love songs. I have a feeling you’d agree with me. What is it about a love song that makes it so universally beloved?

I do agree with you! It’s our biggest tie to the world. If there’s one thing I’ve learned throughout my life, no matter what happens for me, I just wanna know there are people that I love there with me. You can truly get through anything if there’s one person you know you can count on. That’s what keeps us grounded and keeps us here, and connects us all.

I love that you bring Spanish into your music. Why is it important for you to showcase that aspect of your identity in such a tender way?

My parents are both Dominican, and I lived there right after I was born and came back [to New York] when I was four or five. That was the primary music in my household: Bachata or merengue. Always Spanish songs. I grew up in Queens, where it was super diverse but weirdly a bubble. There was no feeling of outsiderness. Then as I started growing up and going to school, I realized the whole world didn’t look like that.

When did you realize the importance and strength that comes with vulnerability?

Through my own struggle with mental health. In high school, I was really anxious and depressed, but I didn’t have a name for it, yet. It felt like I was fighting this unnamed monster by myself. Once I started writing about it, and it became what I was singing about, and telling the people closest to me about it that way… Giving it a name and talking about it in the past tense meant I had gotten through it. Once I was able to open up and tell somebody, it made [my struggles] less like they were gonna take over me.