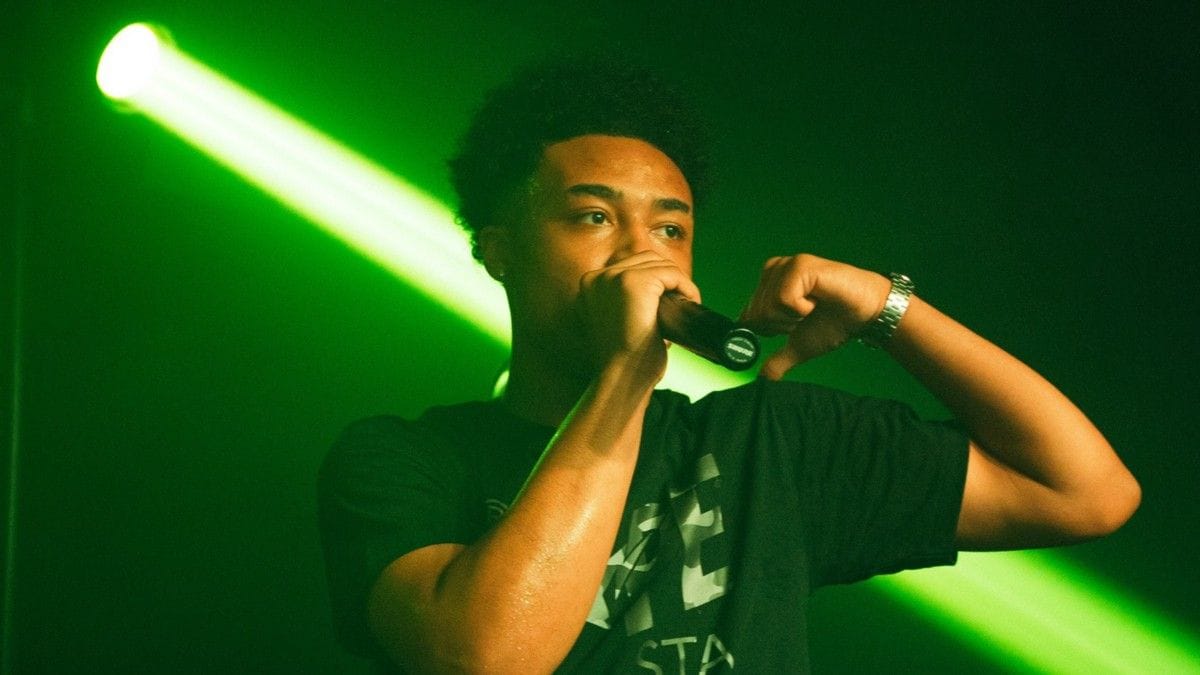 Meet the viral, 17-year-old St. Louis sensation who refuses to be put into a box.

Luh Kel is only 17 years old. It sounds young but makes perfect sense once you realize how naturally he uses social media to expand his growing fame. He’s also from St. Louis, which hasn’t seen a true hip-hop superstar emerge since Nelly — and, to a lesser extent, Chingy — dominated the early aughts. When the former released Country Grammar in 2000, shifting mainstream rap’s purview toward the Gateway Arch city’s slang and style on its way to Diamond certification, Luh Kel wasn’t even born yet.

A former football player turned recording artist, Luh Kel became an internet sensation in April 2019 when he released his breakthrough single “Wrong.” Luh Kel didn’t initially plan to release the catchy tale of modern-day heartbreak, but once he posted a snippet online, “it went crazy,” and he was forced to head to the studio and finish the record. Four months later, “Wrong” was certified Gold.

Luh Kel’s success didn’t happen overnight, though; it was the result of years spent uploading videos to Instagram, refining a sound that blends R&B, trap, pop and more, and paving his boundary-less path. “Ain’t nobody really in my lane, because I’m not in a lane,” he says. “There’s no lane when it comes to me.”

Lane or no lane, St. Louis has a new rising star to claim. While “Wrong” continues to pick up streams (it currently has over 13 million on Audiomack alone), Luh Kel has converted his internet clout into a deal with indie powerhouse Cinematic Music Group (“I just felt it was a vibe”), a nationwide tour with fellow 2019 breakout act Polo G, and a number of promising follow-up singles. Eventually, he plans to “change the way music is.”

“I want to make it so people don’t follow lanes, they create them,” he says. “That’s why I’m in every type of lane, ’cause I want to show that it’s okay. I want to make it normal because it’s not normal for someone to go from rap to pop to R&B. I want to change that.”

Audiomack caught up with Luh Kel to discuss his roots in St. Louis, putting on for his family, and his upcoming EP, Mixed Emotions.

How would you respond to those calling you a viral overnight sensation?

It wasn’t really overnight for me. People see it as overnight, but it gradually went up. I started off at the normal zero followers and kept making videos. Then I went to about 40,000 [followers], but I was stuck at 40K for about a year. I posted videos and kept posting videos, it kept going up and up and up. I posted one video called “Pull Up,” it went crazy. Suddenly I had millions of views.

What was special about that video?

I think people got attached to what I was saying. “I pull up to your crib every time I miss you.” The females love it. The guys can relate to it because they have people they can pull up on. It’s just a vibe. Everything is a vibe. If people don’t feel your vibe and it’s not a good one, nobody can relate to it. 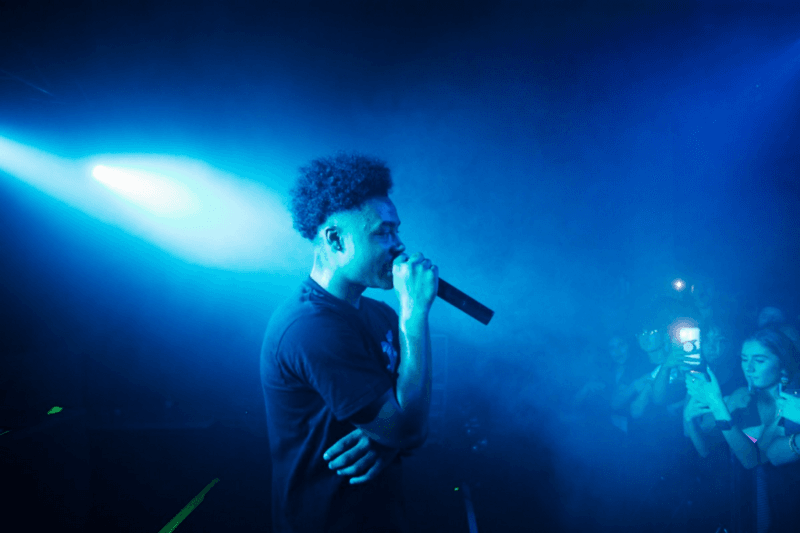 How did you get to 40K? That’s not easy either.

That was because I used to be in a music group. A four-way group. We traveled a lot. We sang a lot. My name was getting around, so everybody clicked to follow. But that wasn’t anything, because I knew I could have more. It was just content. I kept going around, kept moving, kept being around people, and it got me to 40K. I sat with that for a minute, I wasn’t even too happy with it [laughs].

You’re only 17 years old. You said in an interview recently that you’re not used to this success, but that you’re adapting to it. How exactly do you adapt to that?

It’s not really about adapting to it. I don’t think I’m ever going to adapt to it, because when you adapt to fame, that shit turns you into a monster or something. I’m happy that I didn’t adapt to it. 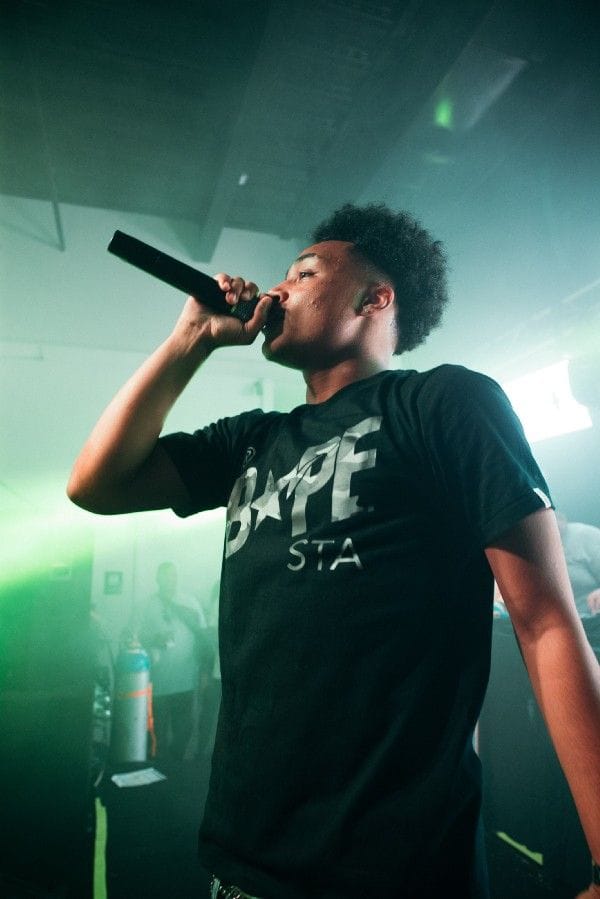 Why do you think it turns you into a monster?

You get in your head too much about it. You always hope for more. You can’t ever have too much success, there’s always more to get.

What is success to you?

Success is making sure your family on. If you’re stable and your family is stable, that’s success. Period.

“Wrong” has millions of plays. Did you foresee it blowing up like this?

What is it about the song and video that audiences resonate with?

Everybody goes through heartbreak. If you didn’t go through heartbreak, you haven’t lived through life yet. The cadences I was doing were real different, something people gravitated toward. It was over a different type of beat, a piano beat.

What is it you want fans to get from your story?

You can always make it from anything. You can be homeless one day, and you can be on top the next. It just takes dedication. You have to know what you want in life. You can always get it.

What can we expect on your forthcoming EP?

You can expect all different types of vibes. I’m aiming to name it Mixed Emotions, it’s just how I feel. You gon’ feel some pain, you gon’ feel some fun, you’re going to be going through everything. I have every different vibe: mad vibes, sad vibes, lit vibes, fun vibes, happy vibes… I got very vibe. If you listen to it, be ready to feel every emotion you’ve ever felt in life.